The Rising Tide of India’s Multilateralism 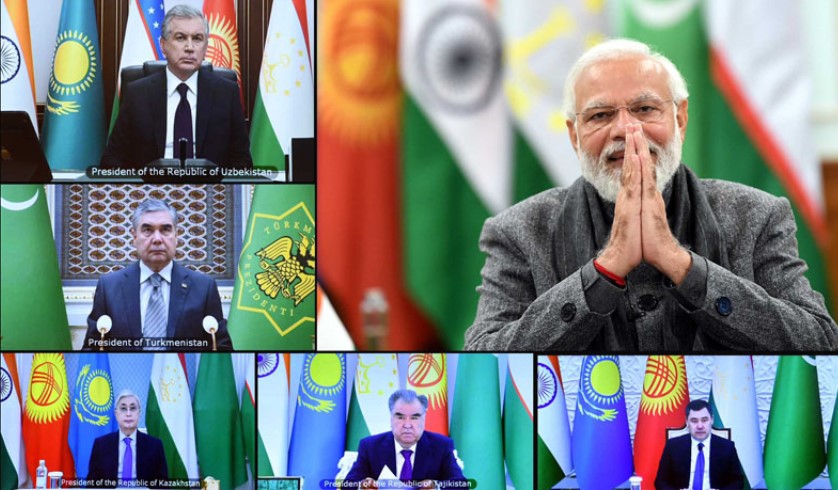 The treaty of Westphalia[1] marked a crucial genesis that led to the process of countries transform and becoming a nation-state. In its essence, the treaty was intended to mark the onslaught of intra-regional and inter-regional trade. We have seen countries tie over mutual interests and as noted by Winston Churchill, ‘We have no permanents friends, but permanent interests’. Countries over the world have evolved from creating alliances based out of the proximity of geography to creating alliances based out of resources and importance that the sea holds (Smith. 2021)[2]. European Union owes its origin to the Maastricht treaty of 1992[3], while other regional groupings like SAARC hold its creation over the formation of a charter made out in 1985 in Dhaka[4].

India’s importance today in the context of geopolitics has come with a series of steps, turbulences, and foreign policy relations that has shaped its cooperation with different countries coming out of the Non-aligned movement[5]. India has attempted to be a significant player in the global geopolitics. Being a strong candidate for the permanent seat at the United Nations Security Council (UNSC), and additionally getting elected for the 8th time as a Non-Permanent member, India is proving its point in getting its voice heard (Livemint 2021)[6].

Earlier, India was viewed as a country with limited binoculars and its foreign policy tools at the infancy stages. But today, India is practicing multipolar alliances and altering the way the Global North looks at the mandates of Global South (Mishra. 2018)[7]. India’s foreign policy has been evolutionary and not a one stroke shot that created the tools through which it conducts its bilateral as well as multilateral relations.

Striking a vocal advocacy to significantly reduce the nuclear proliferation, India has formed an important observation at the treaties like Comprehensive Test Ban Treaty, which happens to be discriminatory and authoritative[8]. India’s presence in Afghanistan promoted its soft power approach in terms of medical tourism (Mehdi 2014)[9]. Its relations with Central Asian countries were marked by her zenith to practice foreign policy not just for investments, but also resources[10]. It’s signing of the Indo-US Nuclear deal was hailed as the crucial first step to act on providing the energy security to the Nation that is emerging and competing rapidly with other developed countries (Dutt. 2011)[11]. Foreign Policy scholars like Kenneth Waltz, Emmanuel Wallerstein, and Joseph Nye have regularly cited the approach of realism in conducting foreign policy (Roy. 2018)[12].

India is not only looking to engage with countries based out of bilateral interests only, but also seeking avenues to engage multilaterally with its own viewpoint that helps to promote her national interests; which is why we see her withdrawal from Regional Comprehensive Economic Partnership (RCEP) (Dhar 2019)[13], but an active participation in ASEAN, BIMSTEC, and IBSA. It participates with highly developed countries like US, Japan, and Australia to not only usher the importance of democracy, but also showcase the significance of free and open Indo-Pacific that can tie countries culturally and politically without compromising the needs of her own national interest, that also encompasses the growing value of the Indo-Pacific, that has transitioned in international parlance from the erstwhile Asia-Pacific.

Intra-regional trade within SAARC accounts to around 2.7 per cent for India, according to a report by the Reserve Bank of India[14]. During the pandemic, India called on SAARC members to participate and engage in curbing the menace of Covid-19 through development of a SAARC health fund[15], which by doing so; India fueled a new dimension through which India attempted to bandage the fissure created by Pakistan due to terrorist attacks[16]. India is also vocal at the UNGA sessions as well as UNSC meetings about terrorism. Countries like China have supported the banning of international terrorists based out of credible evidences cited by India (Chinoy. 2019)[17]. Other countries of the P-5 (US, UK, France, and Russia) have also come out in support of India’s call to end the scourge of terrorism.

India is not only looking and acting east, but also exploring its ideas that were on paper earlier. Gujral Doctrine, for instance was touted as India’s strategy to mutually cooperate and even take ‘one yard ahead’ if her neighbors take ‘one inch step’. We have not started conducting foreign policy only out of recent paradigms like the Paris Climate Accord and even the SCO dialogues, but we have taken generational leap towards advocating for globalization that is not North-South based, but ‘equitable treatment’ based. We actively do not support ideas that may benefit a certain few, but causing anemia at the periphery.

Globally important groupings like Organization for Islamic Cooperation (OIC) recognizes India as a country with world’s largest minority population that is capable to drive and implement policies for furthering the betterment of its minority people. We are invited to be a guest at the events of globally dominant like that of G-7. Rostow’s ‘take off’ model[18] has aptly been applied to India as well, as we see its evolution from NAM to recent policy conducts with likeminded countries for free and open Indo-Pacific.

India formed international groupings by creating non-discriminatory, transparent, and rational based associations like International Solar Alliance wherein developed countries like USA has also expressed its interest (Economic Times 2021)[19]. India’s multilateral approach is also witnessed through Coalition for Disaster Resilient Infrastructure and its motto lies in strengthening economies to withstand harsh effects of climate change (Press Information Bureau 2019)[20]. We surpassed developed countries like Germany and Britain in terms of purchasing power parity (PPP), and we have jumped leaps in easing our business environment for our foreign investors (Ghosh 2020)[21].

It is time for India to shape architecture and develop initiatives that can help countries become an active participant in being a part of globalization movement, which in recent times have been shaken due to nationalist elements by select countries.

India’s multilateral drive is reflected through current dynamics like Indo-EU free trade agreement (Kasturi 2021)[22], Indo-Britain trade talks[23], and even signing all four foundational agreements with the USA for military intelligence and defense apparatus sharing mechanism that dates back to 2001 with the recent one being Basic Exchange and Cooperation Agreement (BECA). India recently invited Central Asian countries to participate as guests in the annual republic day showcasing India’s cultural and political diversity[24]. The nations are looking at India to be an important internationalist in engaging and making spaces for the growth, prosperity, and geopolitical stimulation that can help other nations develop. Thus, India has to position itself as not only as net development provider, but also net security provider.

Some of the tools through which India can leverage this element are based out of competing with countries that are globally competitive, regionally growth oriented, and individually ambitious. So, India’s trade with Vietnam and simultaneous agreement with Singapore on education can be advantageous for the three countries. Indo-Britain trade talks can lead to materialization of mutual interests in promoting a greater integration of Indian Ocean to that of the English Channel.

So, India’s deliverables will have to be assessed and that will help in expanding the frontiers of foreign relations that is practiced by one of the oldest democracies of the world.

At the peak of the 21st century that has been called as the ‘Asian Century’, it is time for the ‘Indian Decade’ to grow and prosper so that India’s idea of Vasudhaiva Kutumbakham and self-reliance can bloom and the global south gets heard. In fact, the core values of Indian foreign policy are also enshrined in the ethos through which we conduct and implement them, development of all and free and open discussions on global issues are some of them.

[1] The Peace of Westphalia, signed in 1648, ended the Thirty and Eighty Years Wars and created the framework for modem international relations.

[2] Smith, Sheila. (2021). The Quad in the Indo-Pacific: What to Know. Council on Foreign Relations. Accessed at https://www.cfr.org/in-brief/quad-indo-pacific-what-know

[3] The Treaty established a European Union based on the three European Communities.

[4] On 8 December 1985, the SAARC Charter was adopted, in Dhaka, during the first summit of the group. The Charter was signed by the leaders of eight South Asian nations- Bangladesh, Bhutan, Afghanistan, Maldives, Nepal, India, Pakistan, and Sri Lanka.

[5] The principles of peaceful coexistence were outlined at the conference in Bandung (Indonesia) in 1955, and the first Conference of Non-Aligned Countries was held in 1961 in Belgrade at the initiative of the Socialist Federal Republic of Yugoslavia (SFRY).

[6] Livemint (2021). India should have a permanent seat in the UN Security Council, says US President Biden. Accessed at https://www.livemint.com/news/world/india-should-have-permanent-seat-in-un-security-council-says-us-president-biden-11632534530047.html

[7] Mishra, A. IBSA and South-South Cooperation: An Appraisal. Accessed at https://www.orfonline.org/expert-speak/ibsa-and-south-south-cooperation-an-appraisal/

[12] Roy, N. (2018). Realism in the study of International relations in India. ORF. Accessed at https://www.orfonline.org/research/realism-in-the-study-of-international-relations-in-india-43817/

[17] Chinoy, S. (2019). Why China changed its stand on Masood Azhar. The Hindu. Accessed at https://www.thehindu.com/opinion/op-ed/why-china-changed-its-stand-on-masood-azhar/article27211058.ece

[18] The take off stage is characterized by dynamic economic growth. As Rostow suggests, all is premised on a sharp stimulus (or multiple stimuli) that is/are any or all of economic, political and technological change. The main feature of this stage is rapid, self-sustained growth.

Sankalp Singh is a former research intern in Niti Aayog, New Delhi. He has previously worked with Ananta Aspen Centre as a Program Executive. Currently, he is associated with Global Counter Terrorism Council, New Delhi as a Research Coordinator.

Mar 08, 2022
It is time for India to shape architecture and develop initiatives that can help countries become an active participant in being a part of globalization movement, which in recent times have been shaken due to nationalist elements by select countries.