The Military Power, Strategy, and Conquests of the Chozha Empire 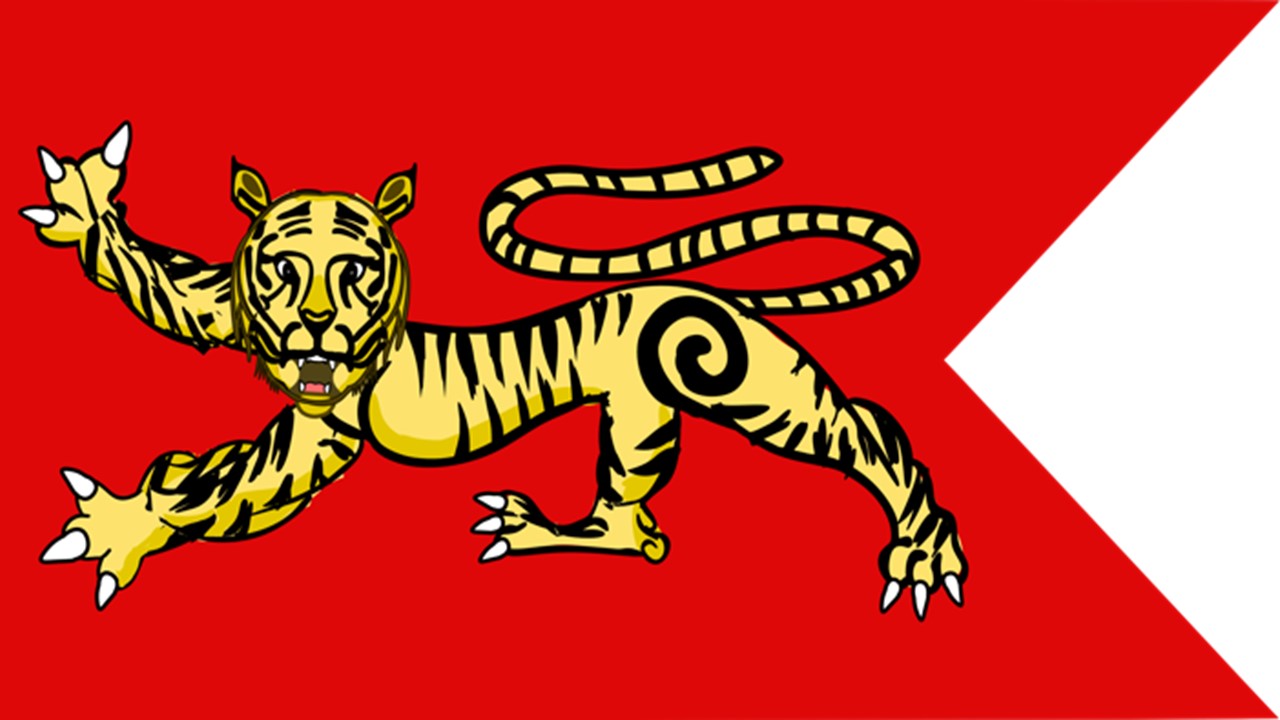 The military strategies of great conquerors are always fascinating for any young and aspiring academician to analyse. The world has seen the birth of many impressive empires from the Greek, Persian, and Mongol empires to the modern-day Ottoman, British, and Russian empires. Alexander’s triple-line strategy, Genghis Khan’s technique of deception, and even the Mughals’ astute use of heavy cavalry are all famous in their own ways. There is a need to explore an empire that is perhaps not quite as ‘vast’ as those mentioned above but is among the best examples to show the military acumen of one of India’s empires: The Chozha Empire.

India’s history textbooks have extensively explained the Mughal and British periods of Indian history while sharing short excerpts on Indian empires like the Delhi Sultanate, Rajput Dynasty, the Marathas, and the Southern Kingdoms. But the true military prowess of an empire like that of the Chozhas is worth exploring more. Now the matter as to why this essay’s focus is on the Chozha empire is simple.

Imagine an empire over 2000 years ago that was able to build a severely underrated army and navy that was powerful enough to have expanded its influence to Southeast Asia. At an ancient time when building naval vessels was a daunting task, the Chozha empire not only built a fleet but equipped it with weapons too. These are facts that are not taught enough in institutions today and deserve attention. It is not only the strategic but tactical capabilities of the Chozha empire that are fascinating.

The Rise of the Chozhas

Although the ancient Chozha empire was among the strongest in southern India, its influence was only restricted to that region. It was under the medieval/imperial Chozhas that the empire’s grasp extended overseas to Sri Lanka, and eventually Southeast Asia. The origin of the imperial Chozha dynasty is fascinating. With the rise of the Pallava and Pandya dynasties, the Chozhas grew weaker. But king Vijayala exploited a conflict between the Pandyas and Pallavas, seized Thanjavur, and established an empire of his own thus marking the start of the imperial Chozha empire.[1]

Later, it was under the famous Rajaraja I (born Arulmozhivarman) and his son Rajendra I did the empire see its greatest period of growth. Under Rajaraja I, the Chozhas extended control from Thanjavur to Sri Lanka, the Godavari-Krishna basin, the Konkan and Malabar coasts, all the way to the Maldives. Later, under Rajendra I, the dynasty extended control till modern-day Odisha and defeated the Malaysian Srivijaya kingdom.[2] The Chozhas were not just renowned for their prowess in battle but were able administrators as well.

On the surface, the Chozha army seemed to have conventional infantry, cavalry, and elephant corps. But the organization of the Chozha army, especially so many years ago makes studying it more intriguing. The Chozhas followed the system of “Ratha, Gaja, Thuraga, Padhai” (Chariots, elephants, horses, infantry). The Chozha infantry troops were divided into those efficient with bows and those with swords. It is interesting to note that the Chozhas were famous for including tribesmen in their army, who then rose to become generals, possibly indicating a strong meritocratic system. Although much evidence of the precise military line-up of the Chozha army has been destroyed, Professor Ranabir Chakravarty notes that instead of having a permanent army, the Chozhas grouped themselves as a paramilitary force. But the sheer army strength, combined with its naval prowess led to the success of the empire’s conquests. [3] 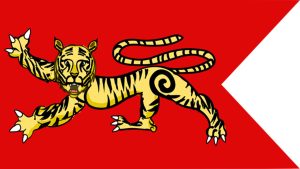 Fig 1. A depiction of the Chola Military Flag

The highly organized naval system of the Chozha empire played a key role in its economic and military power projection. The importance of the use of a navy increased during the imperial Chozha period under Rajaraja I and Rajendra I. The Chozhas heavily relied on the seas to expand their empire. Their trade route began from Sri Lanka, through the modern-day Malacca Strait to East Asia, as shown later in Fig 3.

The Chozha naval fleet had different ships ranging from ancient equivalents of destroyers (dharani), frigates(vajra) and battleships (thirisadai). [4] Analysing the conquests of the Chozhas, one might evaluate them on their offensive capabilities. But what made the empire so powerful was that it had equally competent defence and reconnaissance capabilities. They had strong customs officers who highly regulated imports and carried regular inspections to find contraband. They also had search-and-rescue operations and intelligence officers who tracked foreign vessels and assessed opportunities and threats.[5] By maintaining such a highly organized system, it was not just difficult for rival states to defend against the Chozhas but cross the seas to attack them as well. 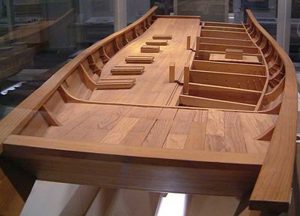 The Conquests of Sri Lanka and Srivijaya

Although Rajaraja I and Rajendra I lead multiple military campaigns, this essay will focus on the two most significant ones- the conquests of Sri Lanka and Srivijaya.

The Fall of Anuradhapura

With a well-equipped army and navy, it was time for the Chozhas to attack. The Chozha invasion of Anuradhapura, a portion in Northern Sri Lanka occurred in AD 993, over a thousand years ago. It is important to note here that during the conquest, Sri Lanka was muddled with internal conflicts as the ruling emperor Mahinda V received flak from the Tamil settlers. The Chozhas saw this as a strategic window to conquer Anuradhapura. Rajaraja I only managed to conquer northern Lanka. This was primarily due to the rise of the Chalukya empire in the Deccan. The Chozhas were fighting wars on many fronts which required them to focus more resources on specific battles. However, his successor Rajendra Chozha I did not stop. He went on to launch multiple campaigns to occupy the whole of Sri Lanka and captured and exiled Mahinda.[6]

The Chozhas were reported to be uncompromising in their invasion.  Mahinda died under the Chozhas’ captivity, and the empire completely changed the political and economic landscape of Sri Lanka by introducing a new currency and restructuring trade activities.  The Chozhas were known for plundering much of their rivals’ wealth to finance their subsequent military, economic, and political operations.[7]

The Invasion of Srivijaya

The Chozha invasion of Srivijaya in 1025 (Southeast Asia) was perhaps the biggest and most defining one of the empire. The invasion was specifically carried out on modern-day Indonesia and Malaysia. The ruling Shailendra dynasty was also Indianised but followed Mahayana Buddhism. Although Chozha rule in the region lasted only for around seventy years, it still serves as a fascinating example of ancient warfare and politics. The Ancient Indian and the Srivijayan empires have historically shared good relations, making the Chozha invasion unprecedented and unjustified.[8] It is important to note that Srivijaya was no mere kingdom. It was a strong empire that had full control over the Malacca Strait, and therefore, controlled trade in the region. It is interesting to see how the Malacca Strait today is at the centre of the South China Sea disputes and opposition to China’s String of Pearls, indicating its consistent value over centuries. 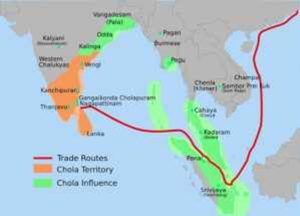 Fig 3. The Chozha empire under Rajendra I at its peak after the Srivijayan Invasion

Looking at the strategies used by the Chozha empire, it is important to note that despite its might, the Srivijayan empire did not anticipate the Chozha invasion, making it a surprise attack. While enemy ships usually docked at Malaysia, the Srivijayan empire was prepared to receive the Chozhas from there. But Rajendra I docked in Barus (Sumatra) first, confusing his rival. By then, it was too late and the Chozhas had already conquered Palembang, the Srivijayan capital. Then, the Chozhas proceeded to invade the ports and secure the seas surrounding Srivijaya. As the Srivjayans were known for their naval prowess, Rajendra I made the strategic decision to weaken the Srivijayan Navy first, thereby allowing little reaction time. Rajendra I then quickly consolidated control over the entire region. Although debated, there are reports that he captured Vijayatungavarman and took all his wealth as a reward.[9]

Even today, there are many traces of Hindu influence in Southeast Asia. Whether it’s the usage of Tamizh in Singapore and Malaysia or the cultural influence of Hinduism in places like the Philippines, Cambodia, and Indonesia, the Chozhas played a significant role. Descendants of the Malacca Sultanate claimed to be descendants of the Chozhas.[10] The architecture of Indonesia’s largest temple complex, the Prambanan[11] has many traces of Dravidian architecture most likely attributed to the influence of the Chozha empire.

Summing up, the Chozha empire is an enticing case study for military history enthusiasts. Their art of war, tactics, and administrative techniques provide lessons that even modern statesmen can use. While empires like that of the Delhi Sultanate, Mughals, and the British are extensively covered, the dynasties of the South do not receive as much attention. It just  shows how much more Indian military history and strategy there is left to learn from the past to apply in today’s world.

[10] Aklujkar, Ashok. 1971. Review of Aryatarangini: The Saga of the Indo-Aryans. By A. Kalyanaraman, by A  Kalyanaraman. Pacific Affairs. 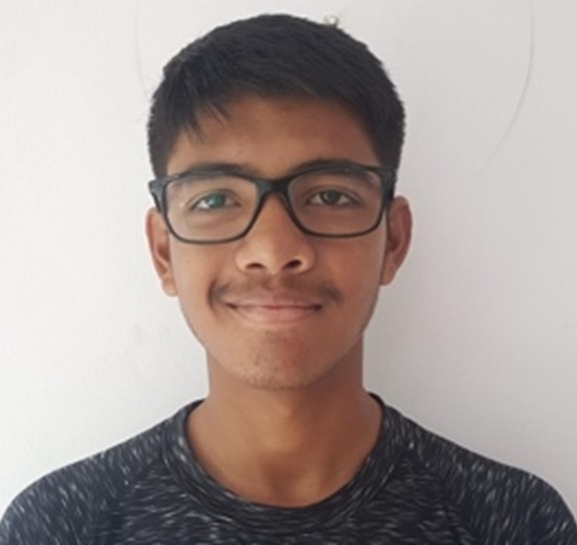 Aakrith Harikumar is a research scholar at the Jindal School of International Affairs.