The Battles Of Tarain

The Indian Subcontinent through the ages, extending from the ancient era upto the establishment of British Rule in the 18th Century, has been a Bellum or battleground for invading powers, who set their sights on Bharat’s magnificent heritage and treasures. India’s early invaders like Alexander the Great and even Genghis Khan could not establish themselves in India with any sense of permanency or retreated from Her borders, in part because of Mother Nature’s protection by way of formidable water obstacles and mountain ranges and to a large extent because of the legendary bravery, courage and warrior skills that the Armies of India’s Kingdoms displayed.

One such significant historical event that was destined to alter India’s destiny for centuries to come was the invasion by  Muhammad Ghori (alias Mu’izz ad-Din Muhammad ibn Sam), the Sultan of the Ghorid (Ghurid) Dynasty from 1173 to 1206 AD. The Ghurids were centered in the Ghor Province of present-day central Afghanistan, where, initially, much like today’s scenario, they were a conglomerate of tribal chiefs. Ghor was conquered by Mahmud Ghazni, the Sultan of the Ghaznavid Empire, in 1011. This is said to have united the tribal clans against the external oppressors, leading to a series of battles over time, with Muhammad Ghori finally overthrowing Khusrau Malik, the last Sultan of the Ghaznavid Empire, at Lahore in 1186. Apart from Muhammad Ghori, the other scion of the Ghurid Dynasty was his brother, Giyas al-Din and together both the siblings embarked upon an expansionist strategy through South Asia. With the fall of Lahore, the road to India was now open!

Causus Belli & Prelude To The Battle.  Mohammad Ghori’s inputs indicated that Northern India was, at the time, a pot-pourri of disparate kingdoms, among which the most powerful were the Chalukya Dynasty in Gujarat, the Solanki Dynasty in Kanauj (Uttar Pradesh) and the Chahamana Dynasty in Ajmer and Delhi.  Correctly surmising that any conquest of India would necessarily have to commence with overpowering these States, Mohammad Ghori sent an emissary, his Chief Judge Qiwam-ul Mulk Ruknud Din Hamza, to the court of Prithvi Raj III or Prithvi Raj Chauhan, the ruler of the Chahamana Dynasty, with an offer for peaceful reconciliation, citing pre-conditions of conversion to Islam and acceptance of the sovereignty of the Ghurids. Prithvi Raj Chauhan turned down this offer. Mohammad Ghori, in a pre-emptive move, is said to have then captured the important fort of Tabarhindah (modern-day Bhatinda) which, as expected, invoked reaction from Prithvi Raj Chauhan, who then led a coalition of Armies of Rajput Kingdoms against the invader. Mohammad Ghori was about to leave Tabarhindah when he heard of the Rajput advance.  The rival Armies then met at the battleground of Tarain (Taorari) in the Karnal region of modern-day Haryana, some 70 miles North of Delhi off NH-44, on 13th November 1191. 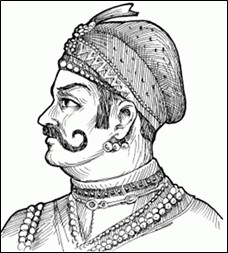 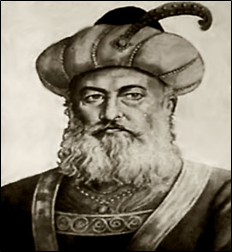 Author’s Note. While many vernacular accounts exist with epistles of Prithvi Raj Chauhan defeating and even capturing Mohammad Ghori multiple times, most documented versions are congruent with the description of two battles, fought at Tarain in 1191 and 1192 CE, as described in this article. 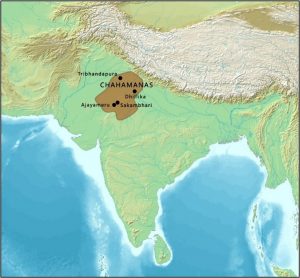 Force Levels.  The force levels that faced each other at the First Battle of Tarain are enumerated below:- 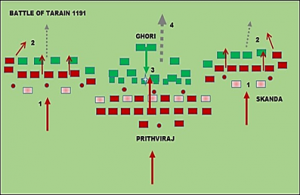 The extended 13-month siege of the Tabarhindah Fort gave time for Mohammad Ghori to personally recover, recoup his forces and re-build his Army.

Causus Belli & Prelude To The Battle. Post his defeat and narrow escape in the First Battle of Tarain, Mohammad Ghori fled back to Afghanistan and ruminated on his defeat. With vengeance firmly on his mind, he decided that he had been let down by his military commanders and proceeded to humiliate and remove most of them. He then proceeded to rebuild his Army and focus on enhancement in firepower, battlefield mobility and military discipline, resulting in raising a disciplined and well-trained force of approximately 1,20,000 men. Prithvi Raj Chauhan, in the meanwhile, sent despatches to other friendly Kingdoms for reinforcements, in case of a fresh invasion by the Ghurids. However, it finds mention that no substantive effort was made by the Chahamana King to fortify his frontiers, probably due to the notion that he felt he had decisively defeated Mohammad Ghori in the First Battle of Tarain. In the summer of 1192, Mohammad Ghori set out with approximately 52,000 Cavalry, a half of the existing Ghurid Army. He also forgave and reinstated the military commanders whom he had dismissed earlier, thus reinforcing the faith of his military in their leader. The Ghurid Army, duly reinforced, proceeded to capture the Tabarhindah Fort once again from the Rajputs, thus bringing Prithvi Raj Chauhan to battle.

Force Levels.  The force levels that faced each other at the Second Battle of Tarain are enumerated below:- 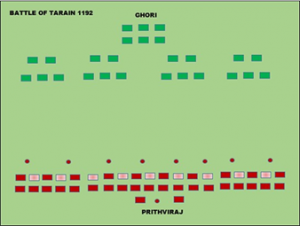 While theories on Prithvi Raj Chauhan’s fate after the Second Battle of Tarain differ, most versions are congruent with the fact that once the Chahamana King was taken back to Ajmer, Mohammad Ghori offered to reinstate him there as a vassal King representing the Ghurids. However, Prithvi Raj Chauhan is said to have refused this offer and was consequently martyred. His son, Govindaraja, was then instated on the Ajmer throne as a vassal King.

In 1193 CE, Mohammad Ghori’s General, Qutb ud-Din Aibak, was deputed to take over charge of Ajmer. The Ghurid forces then took over the entire Chahamana Kingdom.

Govindaraja’s Uncle and Prithvi Raj Chauhan’s younger brother, Hariraja, rebelled against the Ghurids, dethroned Govindaraja and re-captured parts of the erstwhile Chahamana Kingdom. Hariraja was defeated by Qutb ud-Din Aibak and dethroned but subsequently managed to recapture Ajmer and set his sights on Delhi. He was, however, killed in one of the ensuing battles in 1194 CE. Govindaraja was subsequently granted fiefdom of Ranthambore by the Ghurids and re-established his dynasty. Hammira, a descendant of Govindaraja, was expansionist in his outlook and raided several neighbouring Kingdoms. This however, invited the attention of Alauddin Khilji, the Sultan of Delhi, who defeated Hammira in 1301 CE at the siege of Ranthambore, thus signaling the decline of the Rajput Empire in India.

Amongst the military lessons, the lack of cohesion amongst the Indian Kingdoms against a foreign invader stands out as the reason for Prithvi Raj Chauhan’s defeat in the Second Battle of Tarain. Unfortunately, even though Jaichandra of Kannauj, with his sizable Army did not side with Prithvi Raj Chauhan in both battles, he was finally defeated and killed by the Ghurids in the Battle of Chandawar (near modern day Firozabad) in 1193 CE. At the tactical level, the advantages accrued by the Rajputs in the First Battle of Tarain should have been pushed home by relentless pursuit of Mohammad Ghori with the aim to slay him, thus completing the rout of the Ghurids, which was unfortunately left incomplete at the First Battle of Tarain.

The greatest fallout of the Battles of Tarain, however, was the decline of the Rajput rule in India and the inception of the Ghurid Empire, wherein, after Mohammad Ghori’s death in 1206 CE,  Qutb ud-Din Aibak became ruler of his own independent Kingdom, which later evolved into the Delhi Sultanate- an Islamic Empire that stretched across South Asia for 320 years, including what was pre-partition undivided India.

The Battles of Tarain were true watershed events in the annals of India’s story,  wherein the Ghurid invasion and expansion of Mughal rule over the Indian sub-continent could not be stemmed by the famed bravery and battle skills of the Rajputs, thus significantly influencing the sub-continent’s history from the medieval period onwards.

Disclaimer.  The version published in this article is based on inputs obtained from commonly referred open-source information and the author or Chanakya Forum cannot be held responsible for any divergence from sources of information other than those accessed for generation  of this article.

Jul 26, 2022
A small correction: The Chalukya and Solanki clans/dynasties are the same.

Jul 25, 2022
This is one of the biggest tragedy of our History. We are so ignorant about facts. And I am not ashamed to admit that Even I used to believe this another fake nonsense of Jayachandra Gahadvala being a traitor. So truth is no he was not a traitor. There is zero evidence of that. Infact Jayachandra was king of Kanauj in eastern part of India. He didn't even shared any border with Ghori to invite him. It was Prithviraj Chauhan's whose border were with Ghoris empire near Sirhind in Punjab. Both times Ghori first captured Sirhind or Tabarhind post. Infact Jayachandra and his ancestors had history of fighting and give bloody nose to invaders. The ancestor of Jayachandra whose name was Govindchandra Gahadvala had defeated Ghaznavid army and imposed the tax on them for attacking india. Not a single, I repeat not a single Historical texts has called Jaichand a traitor including PRITHVIRAJ RASO. All Historical sources like Prithviraj Vijaya , Hammir Mahakavya , Prabhanda Chintamani , Surjan Charitra has not a single mention of Jayachandra being a traitor. So no he was not a traitor. Infact Jayachandra died fighting a battle against Ghori and Aibak in Battle of Chandawar in 1194.