Security of Lakshadweep is Top Priority 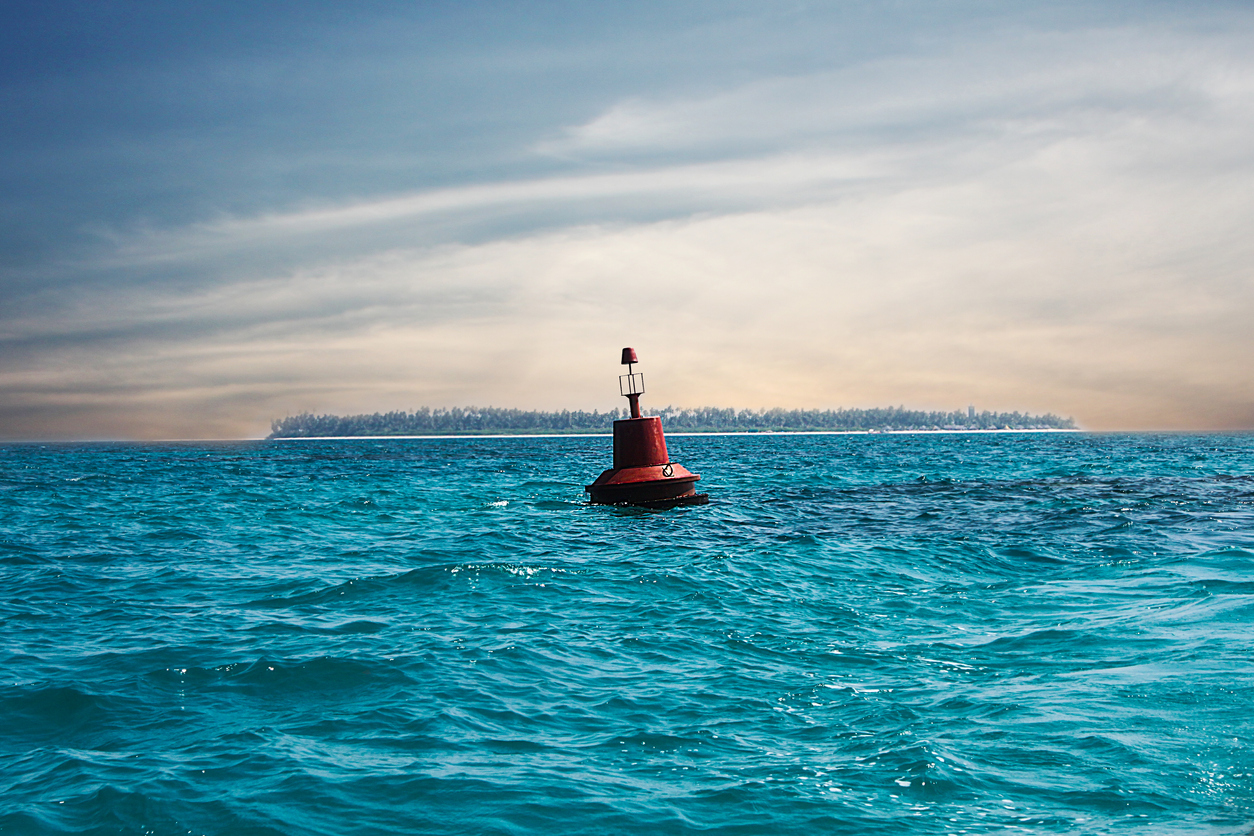 The controversy surrounding the draft Bill ‘Lakshadweep Prevention of Anti-Social Activities Regulation 2021’ uploaded by the Lakshadweep administrator in January this year inviting comments and suggestions from the public, is unfortunate, to say the least. The draft notification was challenged in the court and the Kerala high Court has refused to stay the reforms initiated by the Lakshadweep administration. It is likely that the opposition to the proposed initiatives will continue for some time. But the Union government which is responsible for the administration of the Union Territory should be firm in its initiatives to strengthen the overall security of this strategic archipelago of twelve atolls, three reefs and five submerged banks. Lakshadweep is much more than a mere tip of part of a vast submerged Chagos-Laccadive Mountain range in the Indian Ocean.

The 200 km wide funnel referred to as Nine Degree Channel (named after the latitude) near the island is an important sea lane of communication (SLOC) linking the Persian Gulf with the whole of East Asia and other developing economies in that part of the region. The Southern Naval Command based in Kochi keeps a hawk’s eye on not just all the Pacific bound cargo but acts as a bulwark against piracy using Lakshadweep as a pivot for its operations.

In December 2010, the International Maritime Bureau’s (IMB) piracy centre reported that a Bangladeshi-flagged ship MV Jahan Moni on its way to Europe with 25 crew and forty-one thousand tons of nickel ore was hijacked by Somali pirates barely 70 nautical miles off the Lakshadweep Islands, a first piracy so close to India’s Exclusive Economic Zone (EEZ). Ironically, the pirates were chasing the ship for more than an hour in the Indian waters even as a multi-ship task force of the Indian Navy was conducting search operations for pirate mother vessels.  Three months later in a joint operation surveillance off the Lakshadweep islands (Operation Island Watch) by the Navy and the Coast Guard, 16 fishermen were rescued. In all nearly 120 pirates were reportedly apprehended. The then Defense Minister informed the Parliament that 121 incidents of piracy had taken place with two in the Indian waters and more than 350 crew were taken hostage.

Subsequent investigations pointed to the increasing incidents of pirates and terrorist outfits frequenting some of these islands and using them as their base of nefarious and subversive activities. Multiple security agencies that conducted independent and joint enquiries after the 2008 Mumbai attack suggested that jihadi outfits could pose a much greater security challenge from the sea if Lakshadweep was not secured. Subsequently coastal security exercise (Neptune II) was conducted to plug the holes in coastal security, surveillance and vigilance in the uninhabited islands was increased, new Coast Guard station (DHQ12) was established and watch towers and radar sensors were set up to keep an eye on the entry and exit points. By 2015, the security infrastructure was scaled up by including Automatic Identification and Long-Range Tracking systems, night vision cameras, 46 radar systems, 16 command and control stations. Another 38 radar stations and five command centres are to be set up to prevent piracy and terrorist sleeper cells from getting into active operational mode.

Satellite-based maps generated using grid technology especially those by UNOSAT, (a co-operative project between the United Nations Institute for Training and Research (UNITAR) Operational Satellite Applications Program, and the European Organization of High Energy Physics) have turned out to be one of the effective anti-piracy tools. But these images are available to the pirates as well who have become technologically advanced in recent years. Besides, satellite communication systems are prone to cyber-attacks. Thus, countries can also resort to “commercial piracy” by attacking ships selectively in order to disrupt trade and commerce.

Given the increasing challenges to security and technological advancements made by India’s adversaries, it becomes all the more important to scale up the security apparatus in the Indian Ocean continuously. Lakshadweep becomes an important point of security coordination between the sea and the shore.

An added challenge in recent times is the increasing number and coordinated activities of terror outfits (ISIS, Somalia’s Al-Shabab, Al-Qaeda in the Arabian Peninsula, only to name a few) which use Indian Ocean littorals and uninhabited islands as safe haven and networking area.

Under the guise of anti-piracy operations, China has developed a strong base in Djibouti and continues to use high end technology to monitor the Indian Ocean. Nearly eighty percent of its cargo, especially crude, passes through the Indian Ocean. The Nine Degree Channel near Lakshadweep is an important transit point. Needless to say, China is apprehensive that India and the US and the combined strength of the Quad can pose serious challenges to its cargo, energy requirements and trade.

The renewed interest in the Quad as a security architecture promises to increase the coordination between the navies of the member countries showcasing the combined strength of the naval assets and bases of its members in the Indian Ocean and the Indo-pacific. Lakshadweep becomes an important choke point as far as the secured sea lanes of communication are concerned. Strategic analyst Robert Kaplan writes in India’s Riveting Centrality, “India stands astride the Indian Ocean… the world’s energy interstate, the link for megaships carrying hydrocarbons from West Asia to the consumers in the burgeoning middle-class concentrations of East Asia. India, thus, with the help of the Indian Ocean, fuses the geopolitics of the Greater West Asia with the geopolitics of East Asia — creating an increasingly unified and organic geography of conflict and competition across the navigable southern rim of Eurasia.”   New Delhi does not harbour any intention of being an impediment in the global trade or naval supply chain mechanism. But the Quad should be aware that Indian Navy is superior to the PLA Navy (PLAN) and can counter China’s misadventures in the north with a blockade of cargo in the Indian Ocean especially the Nine Degree Channel near Lakshadweep. Lakshadweep thus is an important island for the country’s force projection and could be developed as a deterrent to China’s increasing influence in the Indian Ocean, Indo-Pacific and India’s extended neighbourhood.

New Delhi has never used the Indian Ocean as a leverage against any other country though the IOR played a seminal role in 1965 and 1971. But there is little doubt that security fortification of Lakshadweep needs to be a high priority for New Delhi. The INS Kadamba Naval Base in Karwar is being developed as the largest naval asset and this will remain in close link with Lakshadweep. The fortifications in Lakshadweep are being coordinated with infrastructure developments in Karwar and form part of larger coastal security framework and when completed is all set to be the biggest naval base in the east of Suez Canal.

New Delhi should accord top priority to the security of Lakshadweep but at the same time take the local population into confidence and explain the proposed changes in the existing rules and regulations. The accusations against the administrator hold no water and are politically motivated.

Jun 19, 2021
Good Write up. Especially covered the China angle pretty well. Although the author could have considered explaining a bit about what the draft bill actually purports to achieve and do.

Jun 02, 2021
Indian Govt do what is good for the nation. considering religious demography of Lakshdeep, it is highly unlikely that BJP govt can convince locals on anything. just do what is needed.

Jun 02, 2021
Sir who are the people objecting the reform and what are the reforms plz let us know