Pakistan : The Laadla and His Rebellion 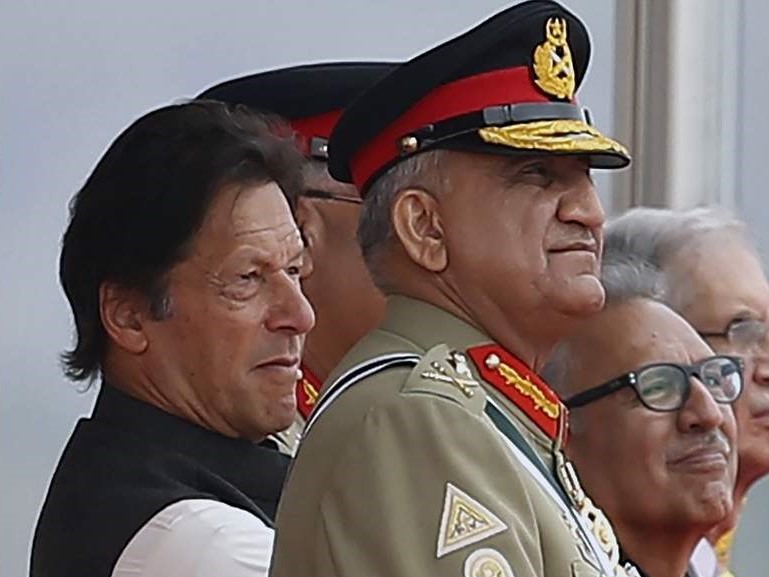 Even as India’s national security gaze is transfixed on China, some interesting developments are afoot along our Western Horizons. Pakistan is reliving its fundamental dilemma – the unresolved question that continues to haunt its political soul – uncertainties and shenanigans in the country’s civil – military relationship (CMR).

For long, the principal arrow in the quiver of the establishment has been its skill in creating civilian props to govern Pakistan. The latest find, Imran Khan, was different in the sense, that not only was he a favourite of the establishment’s leadership, but he also endeared himself to a significant portion of its middle ranks. For a while all of this seemed good, if not glorious – not only would Imran boast of his ‘politics’ and the aspirations of the ‘establishment,’ being on the same page – the establishment responded in kind. Imran seemed to surpass previous avatars cast in the same mould, viz, Zulfiqar Ali Bhutto and Nawaz Sharif ; in time he emerged as a ‘laadla’ of a unique kind– and was nicknamed accordingly.  Despite pretty poor levels of deliverance in governance, even though he ruined the economy, even as under his stewardship, debt and inflation soared and Pakistan’s foreign policy lay in tatters; despite all these mis-steps and more, Imran and the establishment continued to be locked in tight embrace.

But ‘ladlas’, as every family in the sub – continent knows, are costly burdens and in the ultimate analysis, great embarrassments. Imran proved to be no different – his understanding of statecraft was amateurish ; he promised a ‘Madina Riyasat’ but provided a ‘Farah Gogi Riyasat’ instead ; he promised a regime free of cronyism but was linked publicly to  Malik Riyaz (a prominent business tycoon) ; he alienated many friends in the international arena, Pakistan’s principal donors – most notably Saudi Arabia, the UAE  and the USA ; he stood in the way of improving Indo – Pak relations ; he brought CPEC to a halt ; he plunged headlong into a diabolical clash with the opposition using the good offices of the DG(C) of the ISI to his advantage, an appointment which he now publicly derides.

In sum, as a privileged ‘laadla’ he used all the personas and tools of the establishment for his personal aggrandisement and for the advancement of his political causes, the very tools that he now avidly decries. In time, the ‘laadla’ became such a burden, that the establishment was forced to disown him, by adorning the mask of political neutrality. So abandoned, Imran has begun to fret and fume even more – as spoilt brats are wont to, perhaps like never before. Imran’s fount of power is the ‘popular vote.’ Instead of waiting patiently for the hustings to unleash it, he is forcing a reckless confrontation on the streets.

The ‘Long March’ is a desperate, do or die stratagem. Its aim is to make sure that the soon to be appointed Army Chief is not hostile to Imran’s political purpose and futures.   There are many ironies here – supreme amongst them is the fact that the professed apoliticality of the Pakistan Army today (how so ever opportunistic) is unacceptable to Pakistan’s most popular politician. A politician who boasts of mobilizing human swarms (awami samundar) at the click of his fingers, cannot register an FIR, in a country where scores of false FIRs are filed routinely, every day. Imran’s popularity with the masses is not translating into influence. In most countries, politicians will that their armies stay out of politics; Imran is cajoling his military to partake in the political spoils; in so doing he is not even fighting shy of dividing its ranks – a perilous proposition by all means.  A smooth transition in the chain of command in the Pakistan Army (a supposedly reformed institution that has publicly prioritized geo-economics over geo-strategics) is proving to be worrisome on account of fears that the recommendations of the government of the day may not find favour with the state’s highest constitutional authority: the President of Pakistan, an Imran appointee. The summary (proposal) for the purpose is therefore being delayed tactically.

Is this a battle, therefore, for civil supremacy? Or is it one rooted in political expediency? Was President Musharraf right when he averred that the Pakistan Army always wanted to stay away from politics – but that Pakistan’s politicians simply would not leave it alone?

Where is Pakistan headed now? A confrontation between provincial (Punjab and KPK where Imran’s PTI is ensconced) and federal authority could unfold. A bloody crackdown is another possibility. Invoking of Article 245 to call in the Army is yet another option. Judicial intervention is also on the cards.

An unsettled civil-military framework is the root cause for Pakistan’s economic morass, social instability and political paralysis. Pakistan will break out as a nation only if it can escape its civil-military trap.

There are other, wider, lessons as well. Democracies and militaries all over the world, will do well to recall the profound wisdom of CMR theorists like Peter Feaver who laid out its fundamental tenets, thus, “Regardless of how superior the military view of a situation may be, the civilian view trumps it. In other words, civilians have a right to be wrong; they are right even when they are wrong”. Other scholars have opined that vital issues of statecraft and national security are determined by the pattern of institutional interaction between the civil and military components of a nation’s polity. While being rooted in the firm and unambiguous political control of the military, a robust and vibrant relationship produces a polity that is alive to the nuances of national security and wise to the uses of military power.

Pakistan’s political and military elites alike, need a crash course in the bare principles of CMR- for the sake of its suffering Awam, if nothing else.

In India, of course, the matter is not only well settled but has also evolved greatly in practice. The late Shri Arun Jaitley (then in the opposition), while speaking at the National Defence College, New Delhi, some years ago, was asked a politically loaded question. His answer with the intent of steering clear of politics in a military institution was this, ‘Anywhere else, I would have answered the question more directly,’ he said. ‘Here, I must respond differently and more carefully.’ Political grace and wisdom, all rolled into one.

So, we in India, are in a happy frame here. But we must not rest on our oars. We must use the edifice of a strong and robust civil-military relationship to unleash the magic of civil-military fusion – a global mantra, which is being leveraged to take poise in statecraft and national security to a new, productive, high. 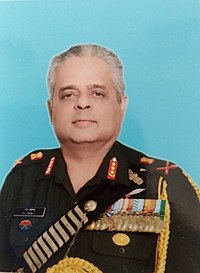