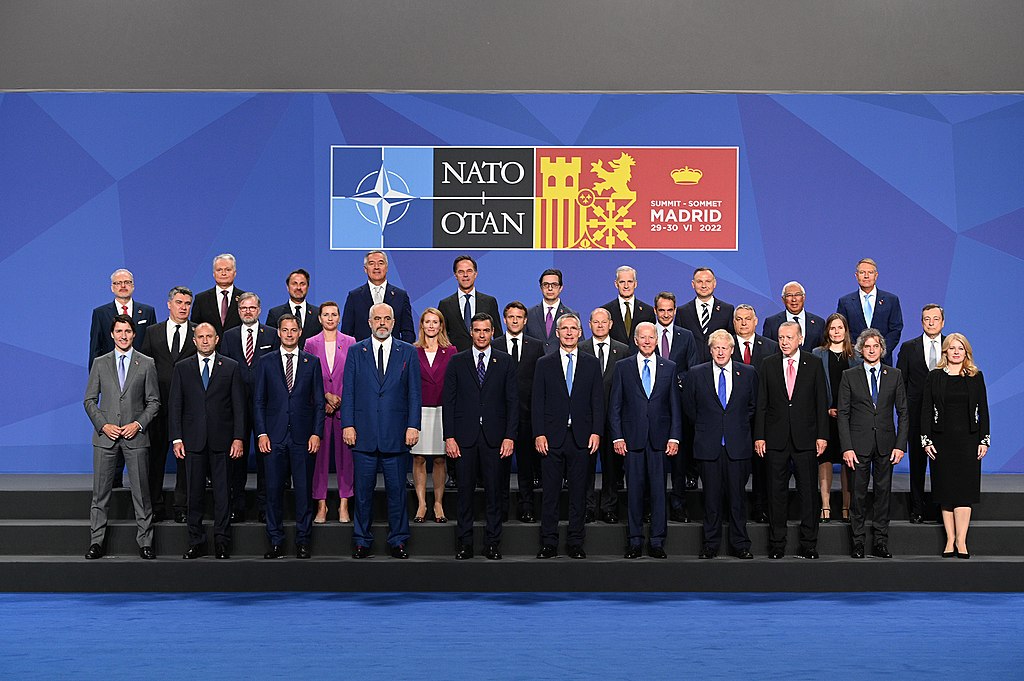 With war in Eastern Europe, and one involving Russia, could a NATO summit be far behind. Ever since 1991 when the Soviet Union finally broke up and NATO rejoiced in victory there hasn’t been an occasion as serious as the one being currently encountered in Europe. We saw turbulent situations in the Balkans in the Nineties, and then NATO went beyond in a full-scale war against terror in Afghanistan (2001-2021) and conducted support operations in Iraq (2004 to 2011).

However, a conventional all-out war, with threats of it going nuclear, has come to the doorstep of Europe after long. It could not be worse with the very reason for war being the contemplated expansion of NATO to include one more former Soviet republic, Ukraine. Russia’s push back to prevent NATO impinging on its strategic near abroad region and aiming to hem it in the Black Sea region has led to the Russia-Ukraine war.

Before reviewing the Madrid summit and the importance of decisions taken there, it’s important to briefly examine NATO’s composition and aims. It was in 1949 that the North Atlantic Treaty was signed with the US and Canada from North America and multiple European countries. A signed agreement (later Article 5 of the NATO charter) stated that an attack on one NATO member would mean an attack on all members. Its creation was based upon three purposes; one, to deter Soviet expansionism; two, forbidding revival of nationalist militarism; and three, encouraging European political integration.

In May 1955, West Germany joined NATO, which was one of the conditions agreed to as part of the end of the country’s occupation by France, the United Kingdom, and the United States. This prompted the Soviet Union to form their own collective security alliance, commonly called the Warsaw Pact, later that month. The entire Cold War was undergone on the basis of NATO-Warsaw Pact confrontation. Post 1991 it took time for reconfiguration of NATO. The aims and objectives largely remained the same with Russia becoming the prime target to prevent revivalism and expansionism.

Since Warsaw Pact was dismantled, its constituent countries joined NATO; Czech Republic, Hungary and Poland joined in 1999, and Bulgaria, Latvia, Estonia, Lithuania, Romania, Slovakia and Slovenia in 2004. Albania and Croatia were admitted in 2009 and Montenegro in 2017 and North Macedonia in 2019. It was the entry of the Baltic states – Lithuania, Estonia and Latvia which caused much concern in Russia. However, Russia was not in a position to prevent this, but it continued to use threats and influence to prevent any forward placement of troops in the republics.

Ever since 2014 when Russia invaded Crimea and commenced a hybrid war in the Donbas region of Eastern Ukraine, the Baltic states were in a state of apprehension. Russia’s concerns about the Baltic states joining NATO were all about NATO deployments moving closer to its borders and the Baltic Sea. After the invasion of Ukraine, the Baltic states have become even more apprehensive about Russian threats and have been collectively demanding NATO resources be deployed in sufficient numbers to deter Russia. Clearly, they are not fully convinced by Article 5 of NATO’s charter, described above. It obviously could not be invoked with reference to Ukraine as it is not a member but it’s worth remembering that the same Article was invoked when the US suffered the 9/11 terror attack on its homeland.

Now to the Madrid summit.  “We, the Heads of State and Government of the North Atlantic Alliance, have gathered in Madrid as war has returned to the European continent.” These were the words agreed upon to be enshrined as the opening words in the Madrid Summit Declaration. The reset to achieve deterrence and defence in the altered milieu, formed the major part of the summit. Among the major decisions were three involving first, more forward deployed troops, second more high readiness forces and third, more prepositioned equipment.

The highlights in these spheres include scaling up of multinational battle groups to brigade size, where necessary, rotational deployments to the Baltic states (a no-no thus far); response forces to be 300,000 strong compared to 40,000 today with 100,000 at 10-day readiness and 200,000 at 30 days readiness. After the Cold War for the first-time preassigned force to defend specific allies; for example, France for Romania and UK for Estonia. Greater stockpiling and move of equipment to various frontline countries will be carried out including Air Defence resources and Command and Control elements.

An interesting issue arose before the summit. Both Sweden and Finland expressed their desire to join NATO as full-fledged members. The “open door policy” is based upon Article 10 of the Washington Treaty, which states that membership is open to any “European State in a position to further the principles of this Treaty and to contribute to the security of the North Atlantic area”. It needs all member nations to ratify the invitation. Thus, with Turkey expressing its inability to endorse the candidature of the two nations because of their allegedly unclear attitude in condemning the Kurdish terror groups that abound Turkey’s region, the Madrid summit was heading for a major crisis. However, a tripartite agreement between the three nations appeared to satisfy President Erdogan of Turkey.

Both Finland and Sweden have been among the six nations which are classified as Enhanced Opportunity Partners by virtue of particularly significant contributions in specific operations and have thus shared enhanced opportunities for dialogue and cooperation with NATO allies. NATO has always respected the policy of non-alignment followed by Sweden.

Russia and Finland share a 1,300 km border. Finland has been non-aligned since World War Two and has always sought not to antagonise its eastern neighbour. It is however apprehensive because of historical facts.  Majority of the people within Sweden and Finland have opted for their nation joining NATO. However, Putin has made it clear – “If military contingents and infrastructure are deployed there, we will have to respond in kind and create the same threats for the territories from which threats towards us are created”. In other words, all the forward deployment and command control resources being planned by NATO will actually be a provocation for Putin’s Russia. Importantly one cannot dismiss Putin’s threats lightly as being a part of brinkmanship because he has displayed his determination and decisiveness, right or wrong.

NATO’s 30 ambassadors signed the accession protocols for Sweden and Finland to be members of the alliance. However, the actual entry will take some time as the 30 nations go back to their governments and their legislatures, where required, to ratify the membership. Even a single dissension will disqualify the two applicant nations.

Thus, with the war raging and Ukraine suffering heavy casualties to the tune of 6000 fatalities per month and Russia using artillery in numbers six times the volume used by Ukraine, this war is going only in favour of Russia. Should Russia’s economy not be dented (and it clearly isn’t so far) then the temptation to extend NATO and challenge it in the Baltics and at the Finland border could well be reality. Observers need to note that Russia could not afford to see Ukraine taken over by NATO because that would severely risk Russian access to the Black Sea ports where its naval resources are parked. The Black Sea is Russia’s lifeline to the Mediterranean. The Baltic Sea is the other source of oceanic access for Russia. Sweden and Finland in NATO camp spell dangers for Russia’s ease of access to the Baltic Sea. Its only other access to the oceans is in the far east in the area of Vladivostok.

The summit agreed to step up NATO’s direct support to Ukraine through a “comprehensive assistance package.” This includes nonlethal defence equipment—such as secure communications, fuel, and anti-drone systems—and improving its cyber defences and resilience. Over the longer term, NATO is also committed to support Ukraine’s post-war reconstruction and reforms. However, this may be insufficient to stem an ultimate Ukrainian military defeat.  What will NATO’s stance be in the face of an eventual defeat of Ukraine? There is yet time to negotiate but Russia may be completely reluctant.

What we did not hear at the Madrid summit is any conciliatory gesture towards resolving the issue. In fact, it went as far as addressing issues of the Indo Pacific and China too, particularly those relating to hybrid threats emanating from China.  Yet a peace initiative to exclude war and tension from Europe remained surprisingly elusive.