Narcotics And Terrorism: The Love Affair! 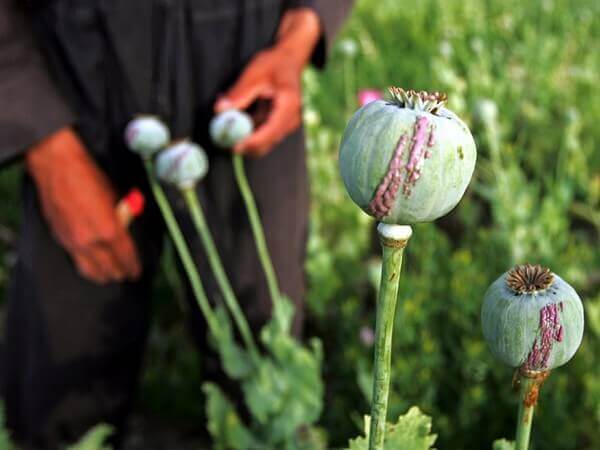 Why are some movie star kids given free tickets on a cruise ship ferrying from Mumbai to Goa? This is basically a modus operandi for creating a constituency of consumers and building an ecosystem for drugs. The drug consumers are not narco traders, but they are victims. This trade starts as part of international rackets and ends at the local suppliers across the globe.

The practice of narco money being used for the purpose of Jihad is more than four decades old. In 1980, Islamist Mujahideen groups used this narco funds for Jihad against the Soviet Union. And now in the year 2021, a Kerala Bishop has used this word almost four decades later. The nexus between narcotics and terrorism is a highly politicised concept, which justifies the so-called Holy War against infidels.

When Drugs and Terrorism were both facilitated through Banking in 1977

This case was a perfect blend of narcotics trade with terror funding. A Pakistani named, Agha Hasan Abedi, founded the Bank of Credit and Commerce International (BCCI). This bank was identified by the American agencies as a bank of shady customers ranging from terrorists and spies, to drug traders and dictators. During this period, a great deal of transfers was being done from Dubai to Punjab to fund the militant groups.

The BCCI had been allowed to open a representative office in 1977 and got permission to open a full-fledged branch in 1979. This was later revoked in 1980, by the head of the then minority government. It once again got the consent in 1983. The BCCI after a few years of operation collapsed following an operation by the American DEA called Operation C-Chase. But the damage was already done — it had served its purpose. Illegal transactions of the BCCI were not only reported by the Indian intelligence agencies but also those from abroad, such as the US Drug Enforcement Agency (DEA) and the Royal Canadian Mounted Police.

Authorities recalled an old case which had first brought the bank to their notice. An investigation by the Enforcement Directorate and the CBI in 1983 had revealed how BCCI, London, funded the caper in which 50,000 rifles (.303 calibre) were exported by the Department of Defence Production to a British firm, Qaid International. The rifles had found their way into the hands of Punjab extremists and the Afghan Mujahideen. Finally, the BCCI collapsed in 1991 after Operation C-Chase by the American DEA.

Getting permission to operate and uninterrupted functioning of the drug bank BCCI in India proves the point that there was a full-fledged team working on the instructions of foreign powers, with the highest level of penetration in the Indian polity and bureaucracy. Apart from funding the militants, the BCCI also established the drug financial network in India in the 70’s.

A report titled, “Narco-Jihad – Haram money for a Halal cause?”, was published by the ‘European Foundation for South Asian Studies (EFSAS), Amsterdam’, in November 2017. It provides a detailed study on how this Narco-Jihad is initiated by the hypocritical reasoning of terrorist organizations, which abuse the religiosity of the local population in order to fight their alleged holy cause through ultimately unholy means. The double negative of illegal (drugs and infidels) cannot positively justify the Narco-Jihad propaganda undertaken by these extremist groups. The decades of bloodshed, warfare, killings of innocent people and contamination with drugs, cannot be diminished to merely a mathematical equation.

Taliban in Afghanistan and Narco Trade

Currently, Afghanistan is at the epicentre of worldwide drug trafficking, with more than 90% of the world supply of opium and heroin originating from the country.

Afghanistan is a country with very few natural resources, less than 12% of arable land, while 80% of its rural population lives in poverty. Only 23% of Afghans have access to safe drinking water, and only 6% to electricity. It does not come as a surprise that the opium plant has provided outlets for employment and income for the rural population.

The EFSAS report also highlighted that, in 2000-2001, the Taliban government, headed by its leader Mullah Mohammed Omar and in collaboration with the United Nations imposed a Fatwa or a religious decree, which successfully banned the cultivation of opium, and aimed for its eradication after declaring that growing poppies was in violation of fundamental Islamic tradition.

It appeared as the most efficient anti-drug campaign that has ever been carried out. Opium production in Afghanistan declined by almost 99%, roughly three quarters of the world’s supply of heroin at the time. However, the ban was effective only for a brief period and from the following year, farmers started to replant poppy on an extensive basis.

Many questioned the Taliban’s motives. Why did Taliban only then decide to prohibit the cultivation? The most obvious answer was political double-dealing. The poppy ban was an artifice towards obtaining legitimacy, as before that only three nations, namely Pakistan, Saudi Arabia and the United Arab Emirates, officially recognized the rule of the Taliban as legitimate.

In addition, it was a form of market manipulation as the price of opium increased during that year. The Taliban might have stopped poppy cultivation, but they did not outlaw the drug’s possession or sale. Although the Taliban emphasized that the ban was rooted in religious principles, the huge stockpiles of opium stored in secret hideaways and the substantial profits generated by the quadrupled prices, revealed the real motivating force behind this convenient strategy of window dressing.

Islamic World is no less effected

The Afghanistan National Drug Use Survey 2015 found that up to 2.9 million Afghans use drugs, which accounts for 11% of the population.

The UN stated that Iran has one of the worst addiction crises in the world. Out of the 1,70,000 people in jail in Iran, about 68,000 are there for drug trafficking and 32,000 are there because they are addicts.

Pakistan’s drug addiction, which kills 700 people daily, also bankrolls terrorists. According to the Drug Use in Pakistan 2013 Survey Report, collaborative research by the Narcotics Control Division, Pakistan Bureau of Statistics and the UN, there are 7.6 million drug addicts in Pakistan: 78% male and 22% female. These addicts increase at a rate of 40,000 per year putting Pakistan amongst the top drug abusing countries in the world.

In February 2019, the Government of India came out with a major report on the extent, pattern and trend of drug abuse in the country. Let’s have a look at some of its major findings of the report submitted by the National Drug Dependence Treatment Centre (NDDTC), titled “Magnitude of Substance Use in India”. Approximately 2.6 crore people in India have used or use Opioids and more than 60 lakh people in India suffer from Opioid use disorders. The most common drug used is Heroin followed by Pharmaceutical Opioids and Opium. Uttar Pradesh, Punjab, Haryana, Delhi, Maharashtra, Rajasthan, Andhra Pradesh, and Gujarat contribute to more than half of the people suffering from Opioid abuse.

Taliban and the Mexican Drug Cartels:

As per a report published in dw.com dated; 4 Sept, 2021 titled, “Could the Taliban form an alliance with Mexico’s drug cartels?” mentions that, “Afghanistan and Mexico might appear distant from one another on a world map and are also separated by major historical, sociological and religious differences. But the Taliban and the Mexican cartels are united by the fact that they are both financially dependent on drug trafficking and use extreme violence to expand their political power and control of territory.”

Indian government and its actions

The Indian Government is already planning to revamp its federal drug law enforcement and intelligence agency- Narcotics Control Bureau (NCB), with the creation of additional 3689 new posts, canine squads, cyber and intelligence units and also a dedicated prosecution wing for the organization. As on date NCB is a small unit with limited manpower to handle a big situation.

The Directorate of Revenue Intelligence (DRI) is also a capable organisation with best of intelligence and investigation capabilities. Among other sources of intelligence, the Customs Overseas Intelligence Network (COIN), also helps them. But the DRI also needs a revamp and powers like Prevention of Money Laundering Act (PMLA) must be given. The American DEA is one of the best examples when it comes to dealing with drugs.

All the agencies including the respective state police should now change their viewpoint and consider narco smuggling as no different from terrorist activities. There is also an urgent need for stringent laws dealing with drugs including the provision for death penalty, if someone is found in dealing with these high-end drugs.

Counter-narcotic and counter-terrorist strategies must go hand in hand, in order to even begin to turn the tide against this powerful and well-established industry. The concept of ‘Narco-Jihad’ – the contradictory and absurd justification of acts of violence in the name of religion, which is nourished by the revenues of the illegal trade of drugs – needs to be fully recognized and condemned by all parties involved.

The drug trade in Afghanistan has evident repercussions and destabilizing effects on regional and global security levels and especially on India. The increasing drug addiction among the citizens of the neighbouring countries portrays how the narco-trafficking industry does not simply deteriorate the economic stability and political situation in the region. The booming drug economy, which goes hand-in-hand with the operations of Islamist terrorist groups, has turned the sub-continent into a violence-ridden wasteland.

Any policy for the stabilization of Afghanistan by engaging with the Taliban, and ignoring the narco-trade will be unsound and unsustainable, since the drug economy remains one of the main sources of funding for terrorism in the region. Counter-terrorism and counter-narcotic strategies must go alongside since the causes and dynamics of drug trafficking and terrorism are intrinsically linked. 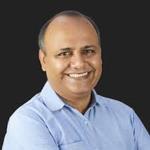 Binay Kumar Singh is an author and columnist.  He has written the book, 'Bleeding India-Four Aggressors -Thousand Cuts'. He regularly contributes on internal security in various national and foreign publications.

Oct 13, 2021
Basically, we have to accept the fact that, no matter how hard we try, the drug problem cannot be completely wiped out. Following the Keynesian theory of demand creating its own supply, the flow of drugs will continue unabatedly throughout the world. What we can do is to try and minimize this flow in our country. We need a three pronged approach to counter this menace. Firstly, we have to resort to extrajudicial methods to eliminate all the big fish in the drugs supply line regardless of their political, financial or social status. Strengthening anti-drugs legislations will not have much effect on such big fishes. We must realize that these big fishes have no fear of the law because they are politically and socially well connected. So, the only course of action available is to put the fear of death in their minds and for this, most of them just have to be eliminated. Secondly, we have to get our various religious bodies to strongly denounce and disparage the use of drugs and also to offer psychological counseling and support to any of their followers who require such assistance. Thirdly, we have to increase the number of drug rehabilitation centers around the country and to also get prominent social personalities to come forward and encourage drug addicts to opt for rehabilitation. Although these measures will not put an end to the drug menace but, if diligently administered, they’ll reduce the drug problem in our country to a bare minimum and resultantly, it will be a big blow for narco-terror funding in our country.