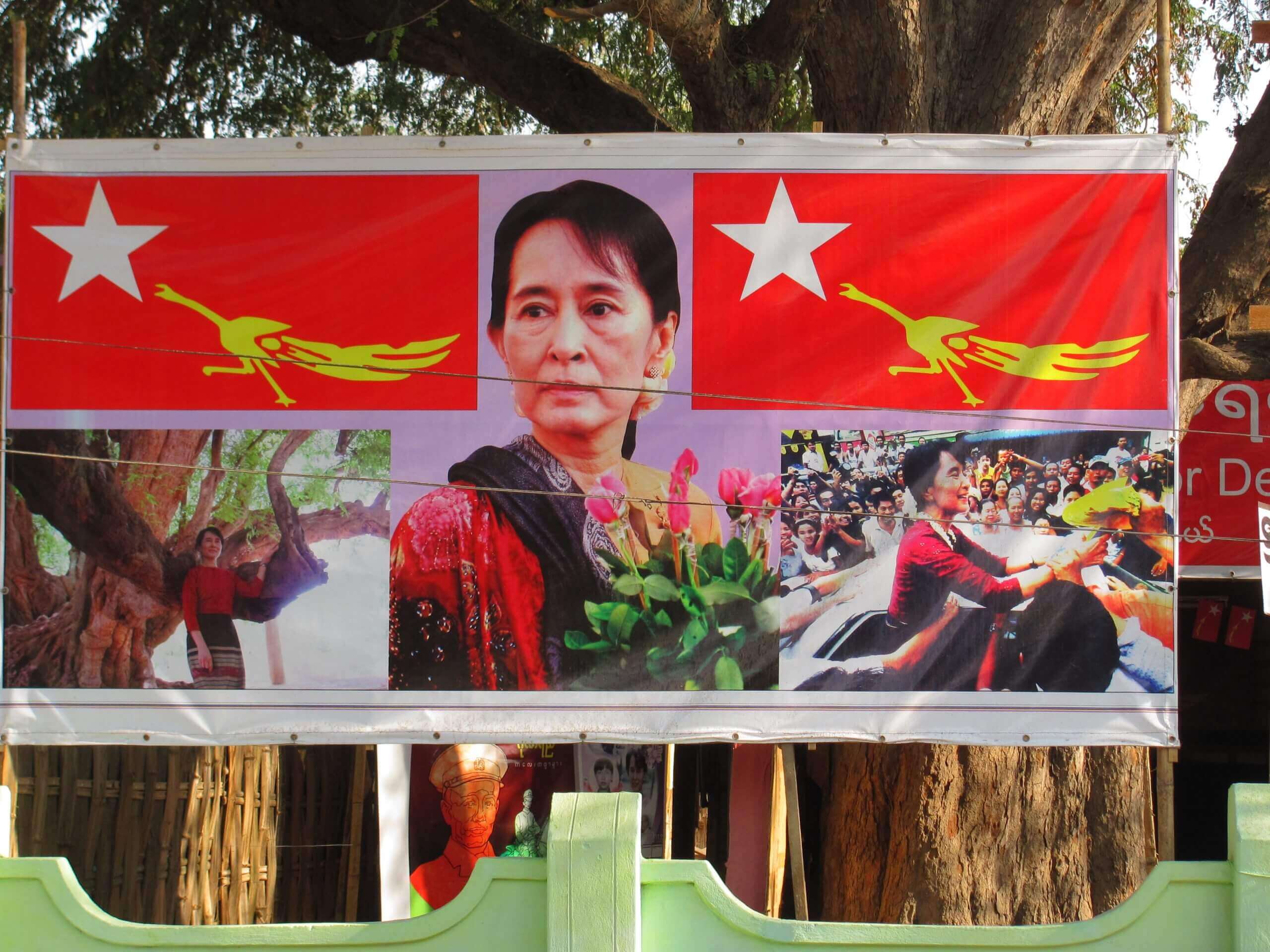 It was apparent from 1959 onwards that it would only be a question of “when” and not “whether” the Peoples Liberation Army would be unleashed on its counterpart in India. The signals were clear to several within the government of the time, but were ignored by Prime Minister Jawaharlal Nehru, who had convinced himself that Chairman Mao so needed his goodwill for a breakout from the isolation that Washington had sought to impose on the Peoples Republic of China (PRC) that this commodity (very precious in Nehru’s eyes) would not be sacrificed through a military conflict. That refusal to entertain worst case scenarios led to the 20 October – 21 November 1962 Sino-Indian war that ended with the full control of Aksai Chin by the PRC and the humiliation of Nehru in the eyes of the world. Earlier that year, on March 2, 1962, the Burmese military had staged a coup against the civilian government and converted the country into a military dictatorship. Very quickly, its closeness to the PLA became obvious. If 1962 was the year in which Mao had decided to “teach India a lesson”, it made sense to ensure that a reliable and friendly partner, the Burmese military, took charge in Rangoon from a civilian government that was more independent of Beijing.

The 2021 military coup in Myanmar has to be looked at in the context of the very possible preparations that are ongoing within the PRC military for a large-scale armed showdown on the border with India aimed at securing control of large chunks of our territory in both the western as well as the eastern sectors. Aung San Suu Kyi is a Myanmarese patriot, wedded to the interests of her land and its people, and so would refuse to join the band of regimes that follow the “advice” of those in charge of the world’s other superpower, and which is working energetically to ensure that India does not become the third superpower on the globe within the next decade, as is not just possible but likely at present. A military showdown ending in a repeat of the 1962 disaster would affect the stability of the government and damage the confidence of the people of India in its leadership. The first military coup in Myanmar (then Burma) was an “early bird” signal that it was an indication that Chairman Mao Zedong had tasked Chinese Communist Party Vice-Chairman and Defence Minister Lin Biao with the job of ensuring a significant move against India that year.

That the PLA is preparing for battle is a given. The odds are that the move will come once the Russian S-400 missile defence systems are installed in various locations in India by the final months of the centenary year of the founding of the CCP. Such a step would complicate relations with the US and make the path towards the seamless cooperation of the Indian and US militaries in the event of a conflict with China more difficult. Both the PRC as well as Russia (not to mention a much smaller power, Pakistan) understand that a full scope alliance between the members of the Quadrilateral Alliance would deny the Sino-Russian alliance what they seek, which is primacy over the Indo-Pacific. The operationalisation of the S-400 systems in India and its blowback on US-India ties is the googly that the PLA may be counting on to ensure that (as in 1962), the elephant faces the dragon alone rather than in the company of its friends. As those familiar with concepts of defence know, escalation dominance is often key to success in battle. The Taiwan Straits, the Himalayan Massif and the South China Sea are Red Lines for those Indo-Pacific powers seeking to ensure that the waters of this geopolitical pivot are “free and open to all”, as Prime Minister Modi has said often. The unspoken corollary is that the efforts by Beijing to control access to these waters are unacceptable.

The country getting the worst of a military contest over the Himalayan massif will endure severe shocks to its governance system, whether this be China or India. Should a PLA foray on the lines of 1962 be met with unity of resources and responses on the part of the Quad members, as well as by an escalation of the conflict into the naval sphere besides land and air, including into different locations to the west and east of India within the Indo-Pacific, together with a seamless logistics supply chain of state of the art fighting equipment from its partners and its own domestic resources, the outcome could well be not 1962 but 1971. On the PRC side, there is meticulous planning that is going on, and part of that is likely to be the conversion of Myanmar into a safe zone for the operation of the PLA, in the manner that GHQ Rawalpindi has made the country it occupies a satellite of Beijing. The substantial sums of money that the PRC is earning through the surpluses of its ( as well as Hong Kong and switch) trade with India every year is being used in an effort at funding the capabilities of the Pakistan military against India, as well as equipping the PLA for the same role. In the chessboard of the strategy being developed by the Central Military Commission to ensure that the PLA does not get the worst of the impending conflict, taking control of Maynmar away from a civilian government committed to democracy is as important in 2021 as it was in 1962.

In the past, there was a case for India not joining the list of countries that were sanctioning the military junta in Myanmar or even voicing its protest at such a subversion of democracy. This time, although sanctions may not be the best way forward for India at least, it is important that the world’s biggest democracy add its voice to those from across the world who are condemning the military’s bid to overturn the results of a free and fair election to gerrymander a regime of its own that will have the support not of the people of Myanmar but the generals in the PLA. In the same way as vigorous steps are ongoing under Prime Minister Narendra Modi to ensure that 1962 does not get repeated, India needs to add its voices to those who demand that the military in Myanmar return to the barracks and restore the elected government to power.

Jul 01, 2021
Myanmar always have tried to make best friends with India, but your Indian bureaucracy have always hindered it. If you want details kindly contact me through email.

Jul 01, 2021
If Aung San Suu Kyi deserves to be in power, so does Mehooba Mufti. If Myanmar army needs to go back to barracks, so does Kashmir needs to be given to pakistan. please stop giving your ideas on a country, which you never understood. You want Modiji as your leader but you want some pappu as a leader for Myanmar?

Jun 30, 2021
Shri Nalpat's article is really thought provoking. When China has almost completed the encirclement of India, our government has arrived at a point where it has no choice but to take radical decisions on the diplomatic front. Indira Gandhi's radical decision in 1971 in making Treaty with USSR was instrumental in winning the Bangladesh war. Security of the country is prime, alliance with friendly countries in critical times should not be a taboo if need arises.

Jun 30, 2021
The best option in front of India right now is to attack both Pakistan and China in self defence and re-occupy Mirpur, Muzzafarabad, Gilgit, Skardu, Hunza, Shaksgam Tract and Aksai Chin

Feb 02, 2021
Chinese FM’s visit at the beginning of this month has significance. In my assessment, China got worried about the Indian Army making inroads into Myanmar, slow progress on various BRI-related projects, and inability to include Bangladesh in the anti-India camp. Myanmar and Bangladesh were the only two countries left to encircle India. The coup has made the west scrambling to sanctions. It also mounts pressure on India to deal with Myanmar. If this is the handiwork of China then we have to double down the ‘better relationship road’. We had made tremendous progress in flushing out terrorist groups from Myanmar. The coup should not give a chance to China to revive those groups in NE. As of now, it is a win-win situation for China, however, if we work diligently, China shall come a cropper.