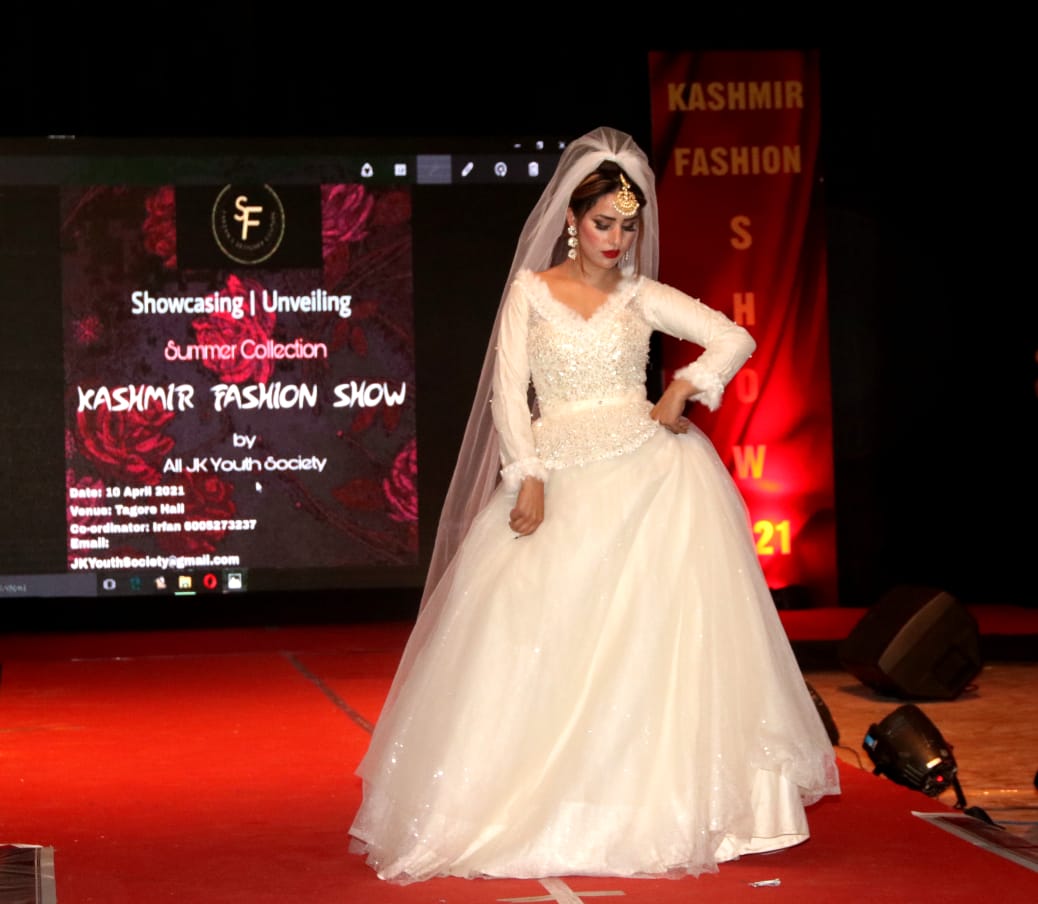 Kashmiris continue to push Kashmir into abyss of backwardness, conservatism, radicalism, intolerance and orthodoxy, which is further sinking Kashmir’s Muslim society into a dark well of narrow mindedness and making Kashmir valley a butt of joke not just in the world but also in Muslim ummah. The reaction of conservative elements in Kashmir valley to a fashion show recently held in Srinagar valley, amply showcased Kashmir’s Muslim society as one of the most inward and regressive Muslim societies that seems to be trapped in a bygone era of puritan Islam, refusing to move ahead with times.

More than the act of opposing the organization of fashion show in Srinagar by a group of conservative Kashmir’s Muslim women as a supposed affront to “Muslim culture” and Islam, it is the justification given by young Kashmir’s Muslim women covered in Iranian abaya that caught the attention of Muslim English language media around the world.

Giving example of medieval Spain, they asserted that medieval Spain, once a Muslim majority state promoted such immoral activities and then slaughtered Muslims. This ridiculous and factually incorrect example not only insulted the glorious Muslim rule in Spanish Iberian peninsula but also showcased the propaganda level low intellect of religiously radicalized minds of young Muslim men and women of Kashmir valley, who are now so much brainwashed by half baked propaganda style interpretation of Islam and Muslim culture by a network of clergy driven education system that once a culturally secular and vibrant Kashmiri society is rapidly collapsing under the weight of religious orthodoxy, puritanism and radicalism. 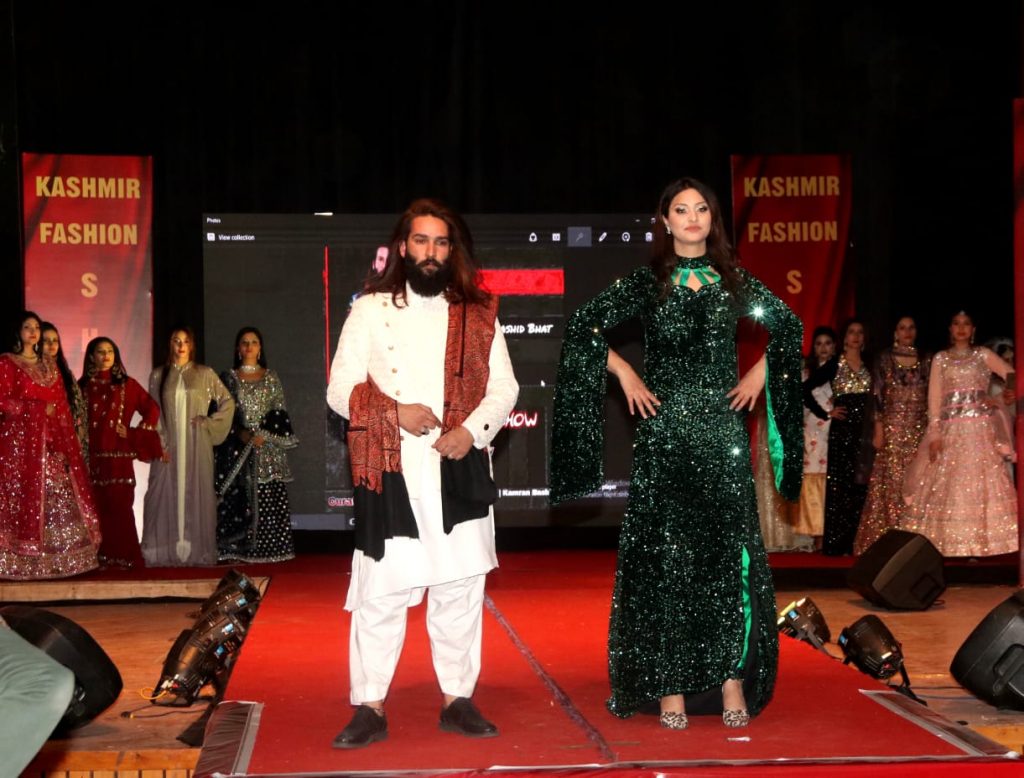 The Al-Andalus was a beacon of learning and one of the leading cultural and economic centers throughout the Mediterranean Sea across both Europe and Islamic world. The golden period of Islamic Empires that was based on advancement in science, astronomy, mathematics emanated from educational centers of Al-Andalus. “Älhambra” palace complex remains the most iconic architectural and cultural symbol of Spain’s Muslim rule.

The question that arises is that what does all this history of Islam has got anything to do with an organization of a fashion show in Kashmir valley? The bizarre and factually incorrect history given by Kashmir’s Muslim protesters of Spain’s Muslim kingdoms with an aim to supposedly preserve “Muslim culture” of Kashmir ended up insulting rich and glorious culture and history of Islam and Muslim communities. The Moorish Arab kings of Al-Andalus neither conducted “fashion shows” in their kingdoms not did they promote prostitution or any other immoral activity. And they did not butcher their own Muslim citizens. The fall of “Al-Andalus” was brought down not by so called “flesh trade” but by attacks from Christian kingdoms from Europe, which weakened Muslim rule over Iberian Peninsula.

The greater question however remains about the hypocrisy of Kashmir’s Muslim society, which tries to act more Muslim than even the Arabs. At a time, when most of the Muslim world, including Saudi Arabia, Islamic Republic of Iran, Indonesia, Central Asia and even Pakistan and Bangladesh, are confronting religious radical elements in their respective countries by asserting pride in their pre-Islamic culture – whether it is Hindu dances in Indonesia’s Muslim majority Java Island or Hindu-Sikh spring festival of “Vasant” / “Basant” in Pakistani Punjab or pre-Islamic Zoroastrian Nawruz festival in Islamic republic of Iran and Central Asia,  Muslim societies are trying to come out of the two decade old cultural destruction caused by the radical and puritan Middle Eastern version of Islam. Even the kingdom of Saudi Arabia is unleashing many path breaking social and cultural reforms that allow greater freedom to women and opening of cinema halls etc., the Kashmir valley however curiously continues to sink down the swamp of inwardness and conservatism. 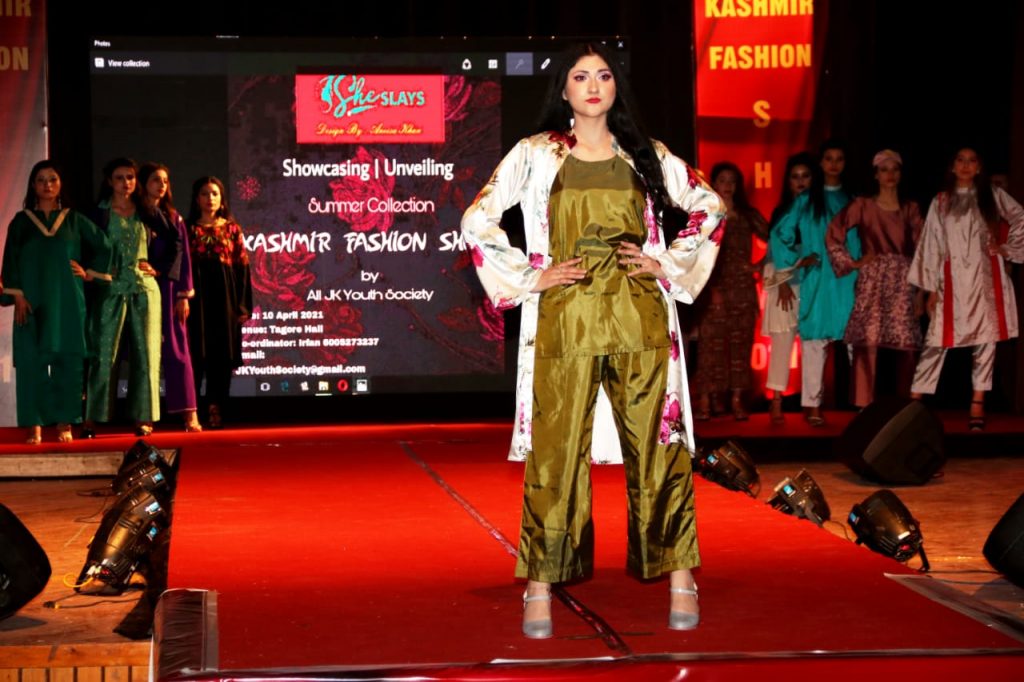 Kashmir’s Muslims once upon a time used to be one of the most forward-looking Muslim societies in South Asia, where dance, music, poetry, painting etc. defined the artistic and intellectual image of  Kashmir’s Muslim in wider Muslim world from Tajikistan to Tibet. Yet, today, we see the damage that five decades of the penetration of puritan theologies of Islam from North India Muslim seminaries and three decades of invasion of puritan religious influences from Middle Eastern countries like Saudi Arabia and Iran have done on Kashmir’s Muslim society. The modern, secular and progressive Kashmir’s Muslim have either left Kashmir valley and live in different metropolitan cities of India or have migrated abroad to Europe, Australia and North America. The Kashmir valley is left only with the vast majority of religiously radicalized and cultural and socially inward-looking young Muslims with an orthodox, intolerant and warped image of Islam, Muslim culture and history of Islam. The younger generation of Kashmir’s Muslim men and women have unfortunately not been exposed to Kashmir’s rich, varied, secular and dynamic cultural history and have instead been raised on propaganda driven religiously orthodox education, which has shrunk the understanding and worldview of an average young Kashmir’s Muslim man and woman to a narrow understanding of the civilization and history of Islam, the consequences of which will be devastating and damaging for future generations of Kashmir’s Muslims. 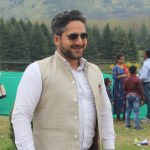 Javed Beigh is State Secretary of People’s Democratic Front. He is a prolific Writer and Political Analyst from the Valley. He has also served as PRO ( Public Relations Officer ) to Former Chief Minister of erstwhile State of Jammu and Kashmir. He also fought DDC elections from the high profile constituency of Beerwah in central Kashmir’s Budgam district. He is also promoting secularism and Communal Harmony in the Valley through Sufism.He can be reached @Javedbeigh across Social Media Platforms. Views are his personal.