Is it Mayday for US – India Relationship ? 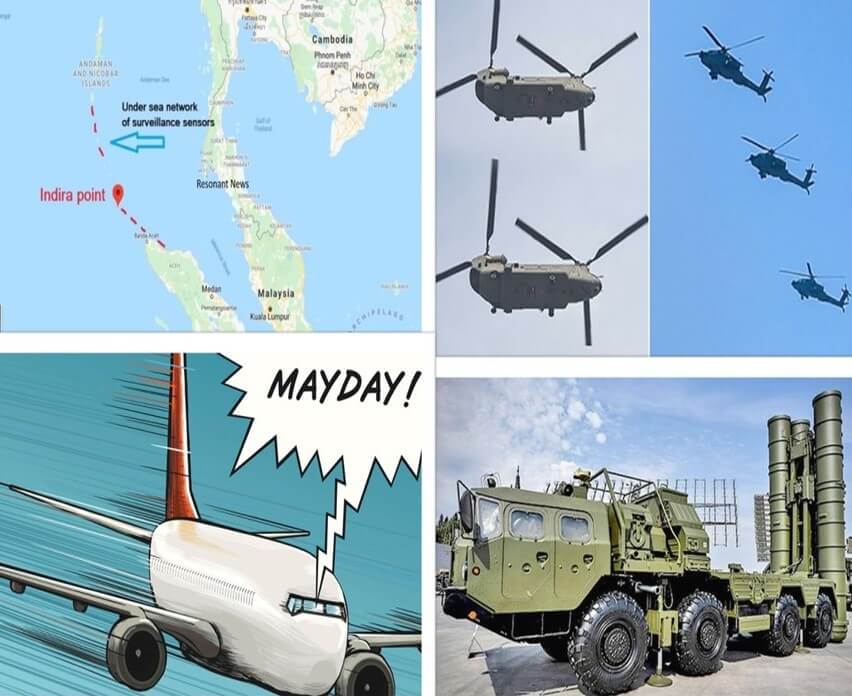 The behemoths, US and Russia, are at loggerheads again in Ukraine, and India is carefully treading the path of friendship with both its allies. Ostensibly, since 2016 India was designated “Major Defence Partner” of the United States, and later in 2018 India got the Strategic Trade Authorization Tier 1 status, which facilitated it in accessing license free military technologies from US. But India- US relationship has always been akin to a seesaw—it goes up and then down.

After Russian President Putin’s visit to India in the first week of December, a pandemonium was created regarding the downward spiraling Indo-US relations. So let us rummage through all the recent events to comprehend which way the two allies are headed.

The Optimistic View – Brothers in Arms!

With QUAD, India also became a part of the SOSUS wall. SOSUS means sound surveillance sensors chain, which originates close to Japan and has now touched Andaman-Nicobar Islands. It gives India the advantage to create a counter- wall against Chinese submarines loitering in the Andaman Sea and deep south China sea. This will help India fortify its land borders and littoral zones against Chinese intrusions. 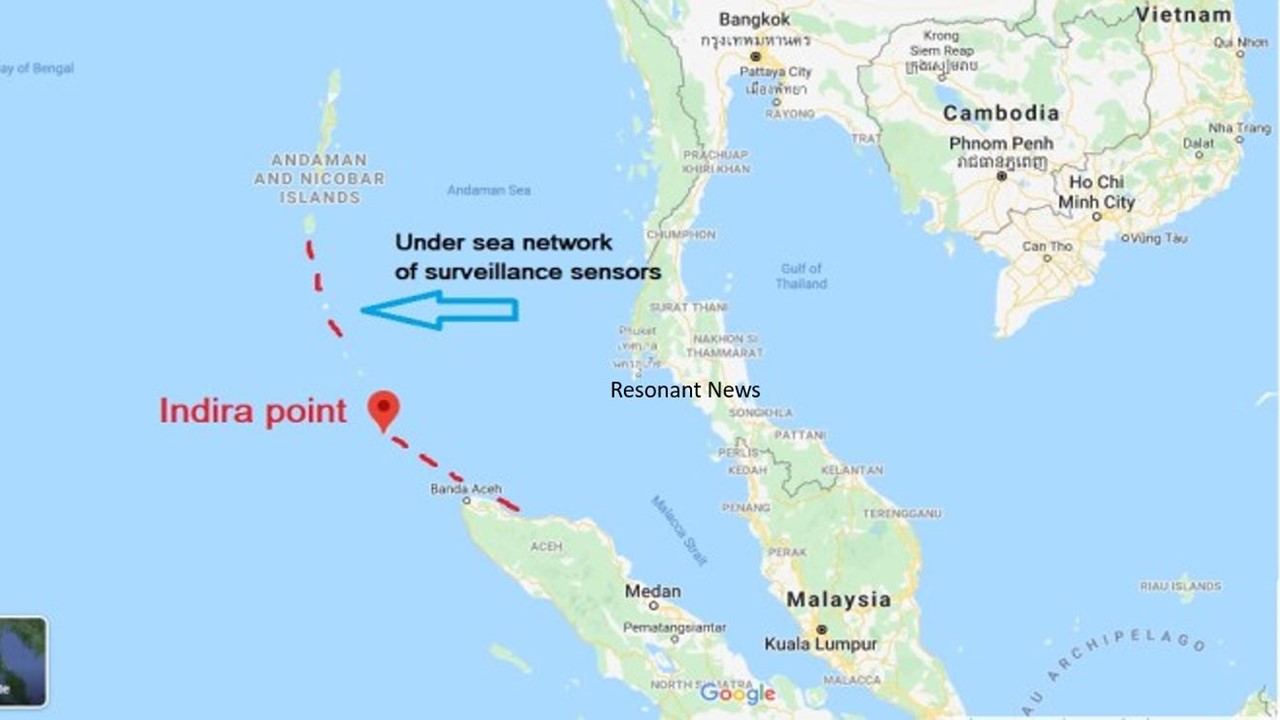 US has sold transport aircrafts, helicopters, missiles, and myriads of other defence equipment’s worth $22 Billion to India and deals worth $10 Billion are still being negotiated. P8I Poseidon, MQ-9 Predator-B drones, C-130J, Apache, Chinook, etc. are few US built entities which often grab headlines in India. This is also one of the main reasons US or India would hate to see the bond turn sour. 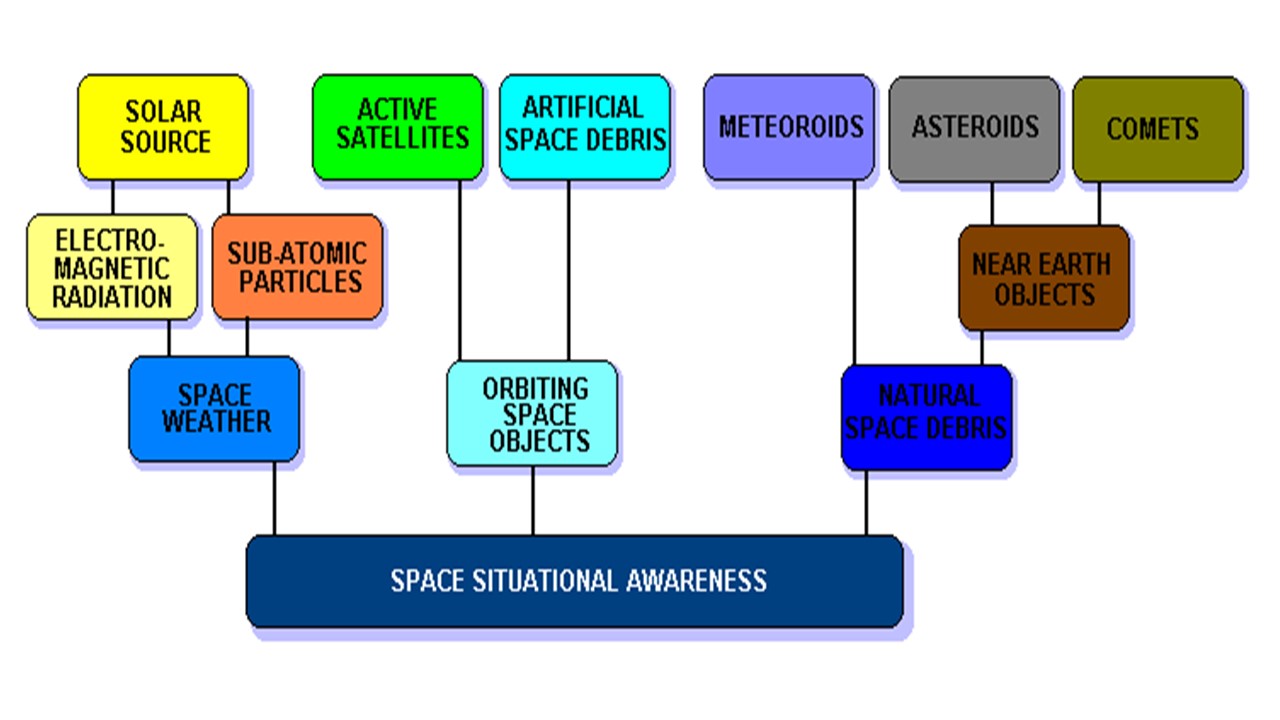 The above are just few fields India-US look forward to cooperating in. We can not ignore gamut of other occasions when India-US got together to put up a good show in the past.

The Pessimistic View – US is Nobody’s Friend

This was another instance when it was proven beyond an iota of doubt that US is nobody’s friend.

Long ago President Joe Biden’s good friend, Hillary Clinton had sent several expert teams in the guise of NGOs to Gujarat to try and find mass graves, to “get Modi”. But then Obama didn’t let the wounds fester and was quick to take corrective measures.

The US and India relationship faces such bumps every now and then, which makes bonding together a little tough for both the countries. But then this is true for almost every other country in the world. Russia and China on one hand have territorial disputes, on the other hand support each other against US.

Turkey shot down Russian fighter jet once, yet Russian President Putin was the one to alert Erdogan, the Turkish President, of the coup and attempt on his life. UAE and Qatar have dragged each other to International Court of Justice (ICJ) for terrorism in the past, yet today both the countries are ready to bury the hatchet and move forward. Every country is ready to mend ties and turn a blind eye to minor errors of its allies, if that works in nation’s interest.

But at this point it is important to add that India as a country has become a vibrant economy and a vociferous nation, which is ready to flex its pecs. No country in the world can today afford to snub the giant economy that India is emerging into. Hence, India is ready to make bolder statements to defend its actions and is not reticent in expressing its divergent views on international platforms.

This is where recent speech by Air Chief Marshal Vivek Ram Chaudhari, is worth mentioning. His words warn us of the future, where behemoths countries might stand against us. We must ready ourselves for an avant-garde approach to handle such situations. 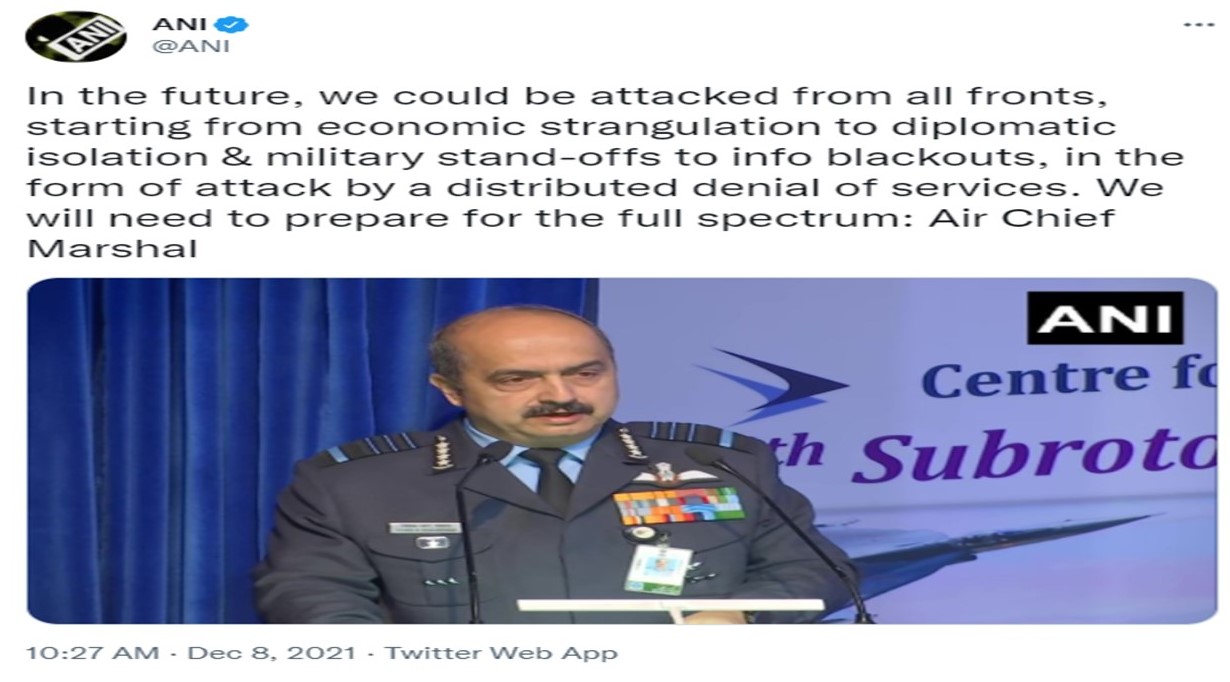 Dec 23, 2021
Ma’am, respectfully, this is not Mayday but a golden opportunity for India. In the international comity of nations there are no permanent friends or enemies. Each nation has to look after its self-interests. The US and Russia have always been officially at loggerheads post world-war 2. China took advantage of that opportunity and extracted maximum advantage from both the superpowers by playing them against each other. Pakistan bled the US for decades using the anti-Russia card. Currently India is in a similar position where both the US and Russia needs its support. Apart from India’s economic potential, the US needs us in their conflict against China. Similarly, Russia also needs us because of our economic potential, our geographically strategic location and also the fact that we are a huge market for Russian defense equipment. Additionally, despite the growth in Russia-China ties, the Russians have always been wary of Chinese intentions. Therefore, India currently has a lot of cards which it can use to its advantage. We are in a position to dictate the terms and conditions in a lot of areas and these superpowers will be forced to oblige us. This is also an excellent opportunity for us to have a go at POK or take back our territories that China has illegally infringed upon. It’s up to us to decide whether we should use this golden opportunity to our advantage or just continue being good boys in the international community. End of the day, if we don’t make use of this opportunity then, when things go sour in the future, we have only ourselves to blame for it.

Dec 21, 2021
Sir India made historic blunder not joining US. Russia is neither really developed nor it is as advanced as US. US just pretends that Russia is their enemy, deep down they know what Russia is.

Dec 20, 2021
Appreciate the effort put by Levina for covering each Angle in a very informative way 👏 Goldmine for anyone interested in Indian Current Affairs. Students can understand India's position on an International Platform with such info. Congrats and all the best for future Articles. Would love to keep myself updated.

Dec 20, 2021
A very informative, well articulated article. Levina’s observation in her concluding paragraph- Foreign Policy - Grey Zone is a interesting one. In agreement with her. Well postulated. Keep it up.

Dec 20, 2021
Levina, at her best. Very well articulated and in-depth analysis. It was a learning experience for me.

Dec 20, 2021
Great article. US can never be a trusted, though it is important for India to still find ways to have cordial relationship with US.

Dec 20, 2021
This article is must read for all as all the vital terms are covered in a simple language. In pandemic recovery stage, India needs a strong and reliable partner, henceforth USA and Russia are main ally of India. This article throws why Indo-US relation is important to tackle the China but India also cannot miss the Time Testing friend like Russia. Here we will also know that if India joins hands with Russia then USA may open their blackmail game just to encounter Russia. I am sure the talented writer will also writing part 2 of this article by taking India-Russia relation as center point.

Dec 20, 2021
Very relevant article. US - India relationship appeared to be strategic but its foundation was Billions of Dollars of Military hardware to support their Defence establishments. We cannot Antagonise Russia. They are our old friend and we need them to put pressure on China though they have become cosy. Well written. Keep up the good job! Best wishes!

Dec 20, 2021
How will Russo-us conflict impact the stock prices of leading arm manufacturers and part suppliers? Should Indian government stock itself up with investments in those companies?