Indigenisation: The Unsung, Unknown and Untold Story of IAF 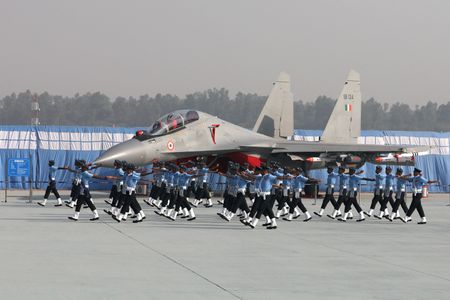 In a recently organised seminar at Pune, AOC in C Maintenance Command mentioned the indigenisation plans and achievements by IAF. The crux of his statement was achieving self-reliance for 95 % of the spares required for maintaining a wide variety of aircraft and ground systems. However, an article in “The Wire” dated 22 July 2022 by Rahul Bedi has downplayed and brushed aside the gains made till now through indigenisation by IAF. While the article mentions experts, a senior three star ranking fighter pilot has been repeatedly quoted in the article. It would have been apt to obtain views from experts on indigenisation and covered in this article. While criticism always propels improvement in performance and results, in this case it doesn’t do entire justice to the hard work by many maintenance personnel of the IAF and as a result the advantages accrued due to indigenisation.

Indigenisation by IAF started from absolute zero state, without adequate information or knowledge and what has been achieved till now is worthy of mention. Driving these efforts myself for two years from Maintenance Command Headquarters and earlier, I am aware of the intricacies, difficulties and challenges for indigenisation. While making presentation to many senior functionaries including the Hon’ Raksha Mantri Sri Rajnath Singh, NSA Sri Ajit Doval and the CDS late Gen Bipin Rawat, I am also sanguine of the fact that these efforts by IAF though well appreciated, were however, not completely understood by many. Though each of the issue brought out in the article by “The Wire” can be argued upon, I will not like to delve specifically into them however, will try to bring out the story behind the scenes. It is pertinent to mention that the slogan of AtmaNirbhar Bharat has reinvigorated and brought focus to the indigenisation efforts and enthusiasm amongst the work force driving the indigenisation efforts at all levels.

Indigenisation in IAF has been an unsung, unknown and untold story so far. Though the indigenisation efforts and requirements are showcased during various defence expos, these generally take a back seat due to the other glamourous facets of IAF. Not many would be aware of the tedious process of maintaining a wide variety of war machinery and keeping them operational at all times. A disrupted supply chain, rising costs, shrinking budgets, complicated procurement procedures, unreasonable quotes and arm-twisting by the OEMs, adversely affect product support and make maintenance operations challenging. The indigenisation story needs to be unravelled for a clear understanding and understanding the challenges for the IAF.

The Indian Air Force has not limited itself to indigenise simple and low technology spares, and for last few years also initiated indigenisation of complex, high technology spares and few LRUs (Line Replaceable Units). There have been many success stories and the list of these components is huge. The Nodal Technology Centres at each BRD have been assigned to identify such components. The effort and time required for their indigenisation is more due to their complexity in design and technology. Indigenisation of a large number of special testers and ground equipment has largely reduced their import requirements. In the recent past, many in-house projects have been undertaken with 100% indigenous support. For the sake of confidentiality, they can not be mentioned.

IAF’s efforts for indigenisation is not only limited to manufacture, fabrication and reengineering, but indigenisation also encompasses, Indigenous Technology Development for repair and overhaul, where the technology has not been available for various reasons. IAF’s inhouse efforts on refurbishment and reclamation of parts has also prevented many components being wasted. Another important achievement has been development of in-house and indigenous life extension technology for major platforms without any external support. Development of Life extension technology requires a detailed scientific study, data collation and accelerated testing plus simulations. These joint efforts with the R&D organisations and DPSUs have enabled IAF to use these platforms operational for extended periods and resulted in enormous financial savings. The benefits of indigenisation and data have also been shared by IAF to other services, mainly the Indian Navy for their aviation assets. Recently IAF has also signed MoUs with major academic institutes and scientific bodies to address identified problem areas and undertaking various projects.

It will not be an understatement that IAF and its engineers rose to the challenge of bringing Atma Nirbharta, in true sense and spirit of the slogan. The untiring efforts have ensured ever ready operational platforms, overcoming the hurdles of geopolitical situations, reducing dependence on foreign countries and bringing in huge financial savings. While IAF is a fighting force, it has also dedicated itself towards these efforts and shouldered responsibility along with the Defence Research Laboratories, DPSUs and handholding of industry.  As a result, many MSMEs are now partners with the IAF for its indigenisation drive.

Hopefully with the major indigenous weapon platforms such as Tejas, the proportion of indigenous content will increase and IAF’s efforts to indigenise spares for indigenous platforms will also reduce. The big industries and DPSUs need to invest in R&D to develop new technology and products, which would improve the lethality of existing and new platforms. This will help IAF in focusing more on its own role of defending the Indian skies, with reduced diversion of its manpower and other resources towards indigenisation. Improvisation of policies to support indigenisation has been ongoing and hopefully with the Defence Indigenisation Manual, the process will be further simplified.

Lastly, while it is easy to ridicule the gains made till now, one needs to understand the efforts, complexities and difficulties for indigenisation. It requires several experts with requisite domain knowledge who have to put in their heads together to indigenise one item. However, I am sure the country has enough of them and the need is to only focus and unify the efforts. IAF has proved its capabilities in meeting this challenge and certainly will drive its way forward towards achieving better results. While India completes 75 years of Independence, we will definitely emerge victorious in our endeavours and achieve true Self Reliance in coming years.

Air Vice Marshal Samir Borade, VSM (Retd) is a graduate in Mechanical Engineering from Malaviya Regional Engineering College, Jaipur and Post Graduate in Aerospace Structures from IIT (Bombay). Commissioned in the Aeronautical Engineering (Mechanical) he has been Engineering Officer in frontline fighter squadrons, Commanding Officer of a Technical Training Institute, Chief Engineering Officer of a Fighter Base, Joint Director of Maintenance Inspections, Director of MiG-29 Wpn Cell, at Air HQ. Trained in Russia, he was part of the team which established ROH facilities for Mig-29 and later was the Air Officer Commanding of same Base Repair Depot. He was the Deputy Senior Maintenance Staff Officer at HQ Maintenance Command. He has been commended by the Chief of Air Staff in 1994 and by the President of India with Vishisht Seva Medal in 2014.

Aug 16, 2022
Dear Sameer, It is indeed a great article on indigenisation of spares and various items in IAF. I joined IAF in 1980 at 29 ED Kanpur. Very soon Mirage 2000 were being inducted replacing Hunters, I remember having spend days and nights to procure items in India for manufacturing them at 4 BRD at the theme of Indigensation was very much in and large number group and support equipment were manufactured. Accordingly special drives were taken to even manufacture small items like gaskets, O rings, screws, nuts, bolts and many major items task was alloted. For critical and urgently required items NOC was compulsory ftom DRDO and those days DGS&D. We there after continued our efforts at 25ED, 11BRD and at so many other stations and a good break through was done at number of places. However there was no GAJA WAJA being done, but yes the Contractors, Officers and men involved were suitably rewarded. Off course there was no online media those days to blow the trumpets like the ones fone today on various forums

Aug 13, 2022
Indigenisation is very difficult journey, particularly when we started from scratch . It was a challenge to look for ( test to motivate someone) industrial unit or MSME to participate. they were afraid that the amount of tests & certification process they may not fetch. worst was that they were lowest quotations in something like local purchase where as the task was development ( it has the path of rejection, rework.. ) . the people handling such programs were not having any finical powers. Still all aircraft batteries and tyres got indigenised. Worst was in 1990 era with US sanctions, no funds it was extremely difficult to sustain fleet. As in Naval aviation we decodified ( going back to earlier version with some penalties )aircraft so that old spares and rotables like engines, gearboxes could be used . aircrafts were sustained with cannibalization , which also has limitations Of course we have marched long way Secondly, it is the target Indigenization . as stated how much we achieve time will tell.

Aug 13, 2022
Very well written article by an experienced and well respected senior IAF officer These articles are essential to avoid the general public from getting misguided by poorly researched articles written with vested interests

Aug 05, 2022
Apparently no one is serious about indegenisation in the aviation sector, and so the poor maintenance man suffers all fancy forums do not yield desired results as the stakes are high.