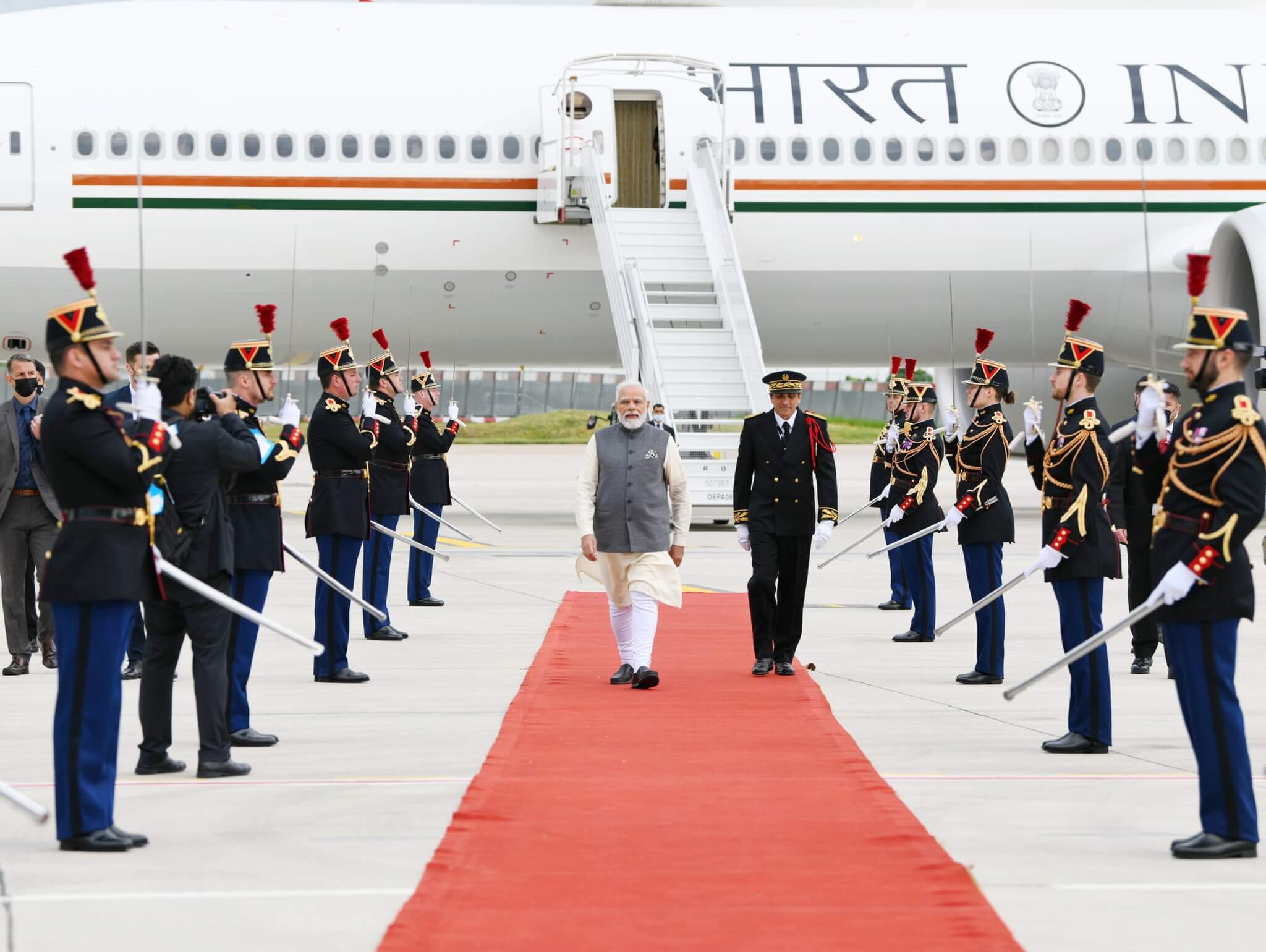 I cannot recall India’s relations with Europe, as a whole, ever being anything more than transactional. Despite the Indian public’s fascination for Europe and the US, it’s only the latter who could develop a deeper relationship with India, now progressing on the strategic platform. Although India’s post-Independence ideological orientation veered towards the Soviet Union, the people’s enchantment with Europe always remained.

The Cold War prevented greater synthesis despite the obvious commonality of democracy being the binder. After the end of the Cold War, India’s relations with the US progressed on the back of a couple of strategic alignments of interests but the India-Europe relationship could not rise above the ordinary. Europe’s large democracies could overcome the Cold War hangover and make progress. However, institutionally it took two decades for India and the EU to launch talks for a wide-ranging Free Trade Agreement (FTA), officially called Broad-based Trade and Investment Agreement (BTIA). It was proposed to encompass trade in goods, services and investments.  However, the talks stalled in 2013 over differences on market access and movement of professionals.

Today the EU is India’s third largest trading partner by volume and the largest by goods. Yet, the real scope has hardly been exploited as well as with China with whom total volume of trade in 2021 topped 710 billion USD.  There is room for much more in India’s individual relationships with European nations, as well as with the EU, provided old mindsets are cast aside and the reality of new opportunities fully appreciated.

In the much-needed weightage to a Look East policy, India cannot afford not to have a Look West policy to seize opportunities which are beckoning with the changing geopolitical environment after the pandemic, the end of the US presence in Afghanistan and now with the war in Ukraine. In India’s stated support to multilateralism the recognition of the EU as another pole is important and the relationship will work to promote the entire thought process behind multilateralism.

With the above backdrop the decision by Prime Minister Narendra Modi to undertake the first international tour of 2022 to Europe could not have come anytime too soon. Surprisingly it came at a time when Europe could not have been assessing any favourable orientation towards India in view of the stated neutrality that India has followed on the Russian invasion of Ukraine and the persistent continuation of conflict by Russia.

India appears to be rightly assessing the outcome of the geopolitical environment in the wake of, and post the war in Ukraine. A stronger and more confident Europe with NATO in revival mode is more than likely. No one is really awaiting the outcome of the Ukraine war; there is a foregone conclusion that the world post Ukraine is going to be quite different, hence the need to make the openings right now when trends and processes are yet in the making.

The EU and its constituents have displayed enough interest in the last few months to re-examine the relationship with India. The PM’s visit to Germany, Denmark and France was for the purpose of promoting bilateralism with these nations and giving substance to the obvious strategic convergence which all of them are perceiving in the context of the future relationship with India. It was, however, preceded by the visit to India by the President of the European Union, Ursula van der Leyen and at least eight European Foreign Ministers for the Raisina Dialogue.

There is more to the emerging European interest in India. Although Europe has had a strong economic relationship with China the political relationship is hamstrung by China’s awkward ambitions and the emerging Sino-US confrontation; Europe in fact is largely sandwiched between the US and Chinese big power ambitions. China is both a threat and an opportunity and it’s not easy for Europe to overcome that understanding. At the same time Europe is conscious of the rising potential of India in the economic and the strategic domains, as a key middle power. Europe will be ranged on the side of the US if it comes to confrontation in the Indo-Pacific and India now has a strongly developing strategic partnership with the US. The congruence of interests thus starts becoming obvious.

The war in Ukraine has given Europe a chance to re-evaluate. The Sino-Russian equation is now anathema and hence the changing perceptions about India although the latter has maintained an informed neutrality on the subject of Ukraine. The rush to engage with India is also borne from the fact that India has been vehement in calling for an end to hostilities and recently for return of all territories.

Commencing the visit from Berlin in Germany, PM Modi was there to give more weight to the relationship under the new Chancellor Olaf Scholz. Germany had been under the admirable leadership of as strong and efficient a leader as Angela Merkel who led it, and in many ways Europe, for 16 years. It was important for PM Modi to meet the new German Chancellor through a formal visit before visits on the sidelines of other events would take place. Germany probably has higher stakes in the Ukraine war and would like to remain in consultation with India as it perceives PM Modi as one of those international leaders who have the acumen to convince Russian President Putin to put an end to the war.

For India, German technological support goes back to the initial funding of the Indian Institutes of Technology, the bedrock of Indian technological research and teaching. Germany is India’s most important trading partner in the EU and its sixth most important trading partner worldwide with a bilateral trade of over $21 billion. This was PM Modi’s fifth visit to Germany underlining the importance of the relationship. An informal intimation for an invitation to India for the G7 Summit in Jun 2022 in Germany is understood to have been conveyed. In India’s search for diversification of sources of arms and equipment, even as the Atmanirbhar Bharat campaign progresses, Germany is a potential candidate for any emergent defence cooperation and will unlikely have difficult conditionalities for it.

PM Modi attended a most important event; the second Indo-Nordic summit (first was in 2018) at Copenhagen; Denmark, Sweden, Norway, Finland and Iceland.   Most of the world doesn’t distinguish between the Nordic countries, they see a group of countries characterized and inspired by common ideas and values like openness, trust, and new ways of thinking, sustainability, and the equal value of all people. The civilizational values that India cherishes can largely be also seen in the collective of these nations.

Although PM Modi was visiting Denmark, meetings with all the five Heads of Government (four of them women) individually and together gave him a chance to achieve much more in a short period. The Nordic nations may seemingly lack brute political power but make up for the same by their strong value-based existence and support for human rights, sustainable development, promotion of climate neutrality, clean energy options and renewable energy.

In light of India’s projection of its 2070 goal as zero carbon emission, these are the nations who have the resources and the capability to partner India in its mission. There are emerging domains such as Arctic research, and cooperation and sustainable ocean management besides invitations for investment of sovereign wealth funds in India’s economy. Nordic innovation is something that has remained a strong point and it’s in this domain that India stands to benefit from the cooperation. With Sweden and Finland making their intent clear to join NATO, there is a fresh orientation to strategic thinking in the Nordic world and will be a good source for consultation as the relationship progresses.

PM Narendra Modi may not have visited France if President Emanuel Macron had not been re-elected. Preparation for a visit with a new French President in power would have involved a re-evaluation of relations. However, with Macron back in place it was convenient for PM Modi to interact on Ukraine with the one international leader with whom he has had the maximum level of comfort.

There is a commonality of worldview between India and France. With France at the forefront of the efforts to bring the war in Ukraine to an end and Macron being in touch with the Russian leadership, it was a natural that he would be greatly benefitted by interaction with India which too has been in touch with the Russian leadership. A Euro-Asian initiative to seek peace in Ukraine would probably gel well. Perhaps the visit may ultimately be a precursor to more actions to pursue a potential draw down of hostilities in Ukraine.

The strategic aspects of the Indo-French relationship relate to weapons, technologies and the role France will play in the Indo-Pacific as a part of the Quad Plus. As the first international leader to meet President Macron after his re-election this was definitely a diplomatic coup.

More than anything PM Modi’s European tour, the first foreign tour in 2022 was appropriately timed and well programmed. In the emerging changes in the international order, as an effect of the fast-paced events of the last two years, these consultations will probably give many inputs which India can usefully use to draw its own policies to meet the challenges of the immediate future.

May 11, 2022
Europe, all of it, is transactional. Their relationships are with each other and the US, all other ties are for the moment. No they don't have any interest in us that extends beyond what we can do for them. Among the drivers of this flurry of interactions are: (a) concern with cheap labor, large market China that is strident, stealing things, competing unfairly, and ideologically unsuited for interdependence, (b) a continent with declining birth rate and hostile to immigrants and therefore must get goods produced elsewhere, and (c) a Modi government that is trying hard to change the culture of fear, domination, kleptocracy, and socialism installed by Nehru, leftists, and the Gandhi dynasty (despite great resistance from many organized factions in India, despite a Maoist insurgency in multiple parts, despite ISI-funded crime rackets all across India). Of these, we can control only (c). The only thing we can do is support Modi (I do). While we are prone to self-congratulatory hubris, we have some ways to go before our markets are truly competitive, before we can truly manufacture world class products ourselves, before the government reduces its role as a crime syndicate involved in extorting from businesses and ordinary individuals. Yes, much of the progress Modi has made - against superhuman odds - is great, and laudable. We have a ways to go. I love seeing Shree Gadkari at work, we do need them roads and rail. I will heave a sigh of relief when a truck full of goods starting in Chennai makes it to Srinagar without once having to stop for the purpose of paying any government official. Of most of these things, I take some comfort in knowing we are investing in nuclear fuel. There is no other way to run our engines.