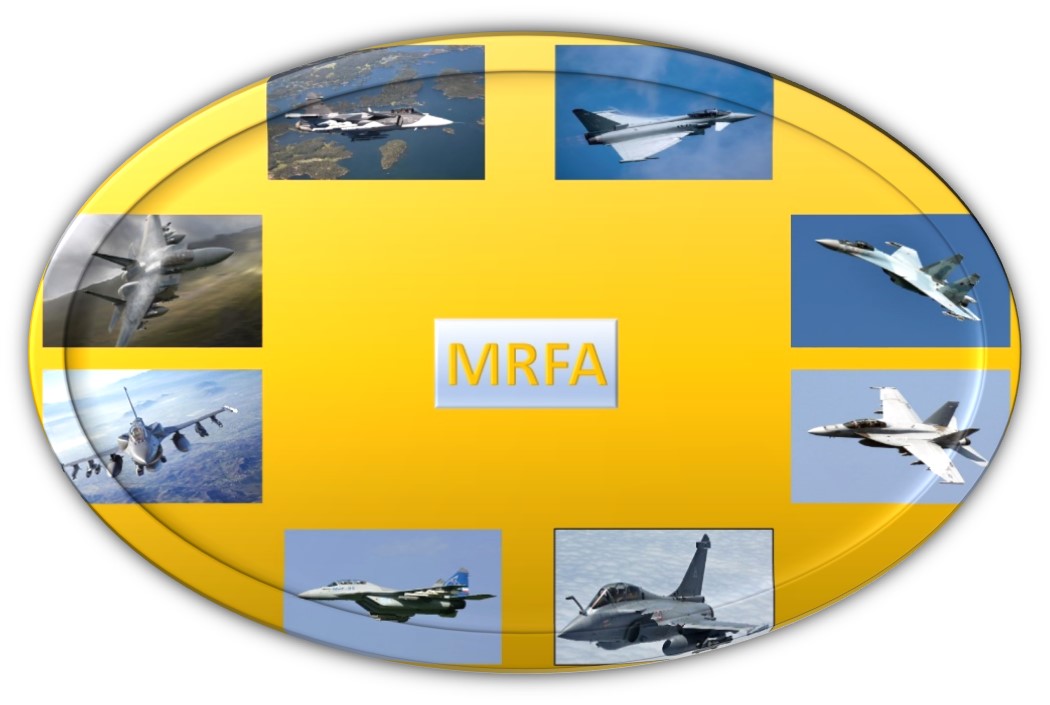 The looming spectre of a collusive, two-front war with China and Pakistan, has necessitated the Indian Armed Forces to plan and carry out quantitative/qualitative right-sizing of their equipment profile to meet this existential threat. This would imply possessing the wherewithal to deal with the misadventures of one aggressor and still withhold adequate reserves/capability to counter the threat from the other collusive belligerent.

The Indian Air Force (IAF) as is the case with its Sister Services, has embarked upon just such a modernisation program, to replenish the quantitative deficiency in its manned aerial fighting platforms, while simultaneously increasing its qualitative edge in terms of aerial warfare capability.

The latest decade-long capability enhancement effort by the IAF is enshrined in the Armed Forces’ Technology Perspective and Capability Roadmap, a vision-document for capability-building until 2027, that envisages a future combat fleet as a mix of upgraded aircraft and high-technology modern combat aircraft with swing role capability.

The present MRFA Program, with an unprecedented projected contract amount of over US$ 2 Billion, was preceded by the Medium Multi-Role Combat Aircraft (MMRCA) Program. The MMRCA was initiated as a global tender in 2007, for 126 MMRCA or seven squadrons worth of aircraft to augment/replace portions of the IAF’s aging combat fleet. Six global contenders- US Boeing F/A-18E/F Super Hornet, US Lockheed Martin F-16, French Dassault Rafale, Eurofighter Typhoon, Russian Mikoyan MiG-35 and the Swedish Saab JAS 39 Gripen joined the fray. April 2011 saw the competition narrowing down to the Rafale and the Eurofighter Typhoon. In January 2012, MoD announced the selection of the Rafale, reportedly due to its lower life-cycle and maintenance costs. Unfortunately, the US$ 30 Billion tender ran into a series of roadblocks, including reservations of M/s Dassault Aviation regarding technological prowess for the production line in India and the 50% Offset (re-investment) clause, resulting in cancellation of the Program in July 2015.

Why Does India Need the MRFA?

The protracted negotiations/final withdrawal of the MMRCA tender effectively accounted for a 10 year setback in IAF’s modernisation program. Meanwhile, the phasing out of vintage combat platforms like the MiG-21/MiG-27 has caused the IAF’s fighter aircraft fleet to dwindle to approximately 30 squadrons, against the immediate total requirement of 42 fully airworthy squadrons required to effectively deal with a two-front situation. As an emergency mitigation measure, the Government of India approved the purchase of 36 Rafale aircraft from France in a fly-away condition, as part of a €7.87 Billion Inter-Governmental Agreement, signed in September 2016. The last of these aircraft arrived in India in February 2022, with one aircraft being retained in France for testing on India-specific requirements including avionics, data-recording and self-protection suites. However, this induction only accounts for two squadrons out of the seven-squadron void of the MMRCA Program! Meanwhile, as a fillip to India’s theme of Atmanirbharta in Defence, the IAF has in principle decided to raise 18 LCA TEJAS squadrons, to ultimately fulfil IAF’s quest for a frontline combat aircraft (read more about TEJAS @ https://chanakyaforum.com/lca-tejas-ready-to-touch-the-skies-with-glory/ ).  So far, two squadrons of LCA TEJAS Mark-1 have been delivered, which brings the IAF’s combat aircraft fleet upto 34 squadrons, still a persisting deficiency of eight squadrons! The balance contract for 73 TEJAS LCA Mark-1A and 10 Trainer Aircraft was inked with HAL in 2021. Contract conclusion by the end of the decade would enhance the IAF’s fighter squadron fleet by another four squadrons, but delivery would require HAL to ramp up production to 16 LCA per year to meet this target! Another spectre is the approaching obsolescence of the IAF’s MiG-21 BISON and SEPECAT Jaguar fleets in a near-similar timeframe, which would further raise the quantitative criticality! In July 2022, the Chief of Air Staff, covering the Advanced Medium Combat Aircraft (AMCA) Program, mentioned that the IAF ‘is committed to seven squadrons’ of the AMCA Mark-I/Mark-II 5th Generation stealth, multi-role fighter platform. However, this does not address the IAF’s current woes as production of the AMCA is only slated to commence in 2028 and it will take a significant amount of time to roll out the numbers required (read more about the AMCA @ https://chanakyaforum.com/the-advanced-medium-combat-aircraft-indias-garuda-and-global-leader/ ).

This criticality has led the IAF to re-focus on the MRFA Program, in discussion for some years now, with the aim of finalising the Air-Staff Qualitative-Requirements. The ‘Request for Information’ (RFI) for the MRFA was floated in 2018, as a precursor to floating a ‘Request for Particulars’ (RFP) by end-2023/early 2024 for 114 MRFA under the ‘Buy Global-Manufacture in India’ (BGMI) route enshrined in the Defence Acquisition Procedure- 2020. The BGMI Route essentially allows outright purchase as necessary from foreign vendors, followed by indigenous manufacture along with Maintenance/Repair/Overhaul (MRO) facility (if included), through a subsidiary/Joint Venture with an Indian firm. Along with a high indigenous content, the category also necessitates all or a substantial amount of the cost of the ‘Manufactured in India’ portion to be paid to the global OEM in INR.

The acquisition of 114 MRFA with 4.5/ 4+ Generation capability (4th Generation fighters upgraded with Active Electronically Scanned Array [AESA] radar, enhanced avionics, near-stealth characteristics and the ability to deploy modern aerial weapons) would be imperative to enhance IAF’s fleet by six squadrons to maintain combat parity/edge over the Northern adversary in combat effectiveness in terms of the payload advantage of lower-altitude Indian airfields versus the adversary’s high-altitude airfields of the Tibetan Autonomous Region.  This induction is imperative as the LCA, even with proposed modifications, will not presently be able to replace the capabilities of the Su-30 MKI Air Superiority Fighter, or that of the Rafale Multi-Role Combat Aircraft. Importantly, the PLAAF will, in a similar timeframe, be able to field almost double the number of modern fighters, including 4+ Generation aircraft like the JF-17 Block-III and 5th Generation J-20 fighters. Worryingly, the Pakistan Air Force, with support from China in the form of the JF-17 Block-III and from USA for F-16 upgrades worth US $ 450 Million, is slowly attempting to close the gap!

Who Are the Likely Contenders for the MRFA Program?

Technical evaluation of contenders common with the MMRCA Program is likely to only cover capabilities that were previously not on offer. This process, including contract negotiation, is likely to see fructification by 2026/2027. This should result in initial ex-import acquisition commencing in 2028 with indigenous roll-out commencing by the end of the decade. The MRFA Program will likely envisage ex-import procurement of upto 18 aircraft, with the next 36 aircraft being manufactured in India. The balance 60 aircraft are likely to be manufactured indigenously as a Joint Venture (JV) with an Indian aerospace firm.

Going by the previous response to the MMRCA RFP, it is likely that the MRFA Program could see up to eight contenders- US Boeing’s F/A-18E/F Block-III Super Hornet/F-15EX/Lockheed Martin’s F-21, French Dassault Rafale, Eurofighter Typhoon, Swedish Saab JAS-39 Gripen and Russian Mikoyan MiG-35/Sukhoi-35; all except the F-21 and the Gripen being twin-engine aircraft. Table of characteristics and salient issues that would sway for/against these platforms are enumerated below. 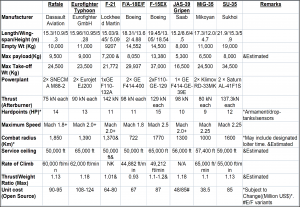 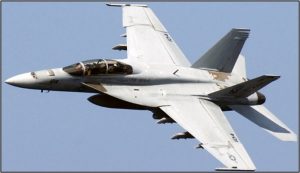 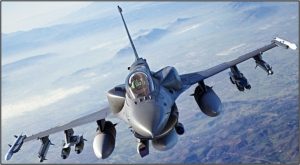 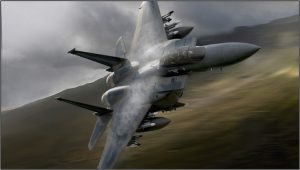 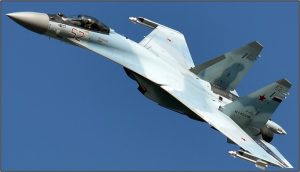 While preparing and ‘right-sizing’, both in terms of quantity and capability for an appreciated adversary threat, India would do well to keep in mind the durability and sustainability of this newly acquired fleet, in terms of ease of operability, commonality, ToT, upgradability and maintainability. This multi-pronged approach towards selecting the MRFA would ensure a less-diverse fleet, with scalable/upgradable platforms and a longer service with the IAF and the Nation.