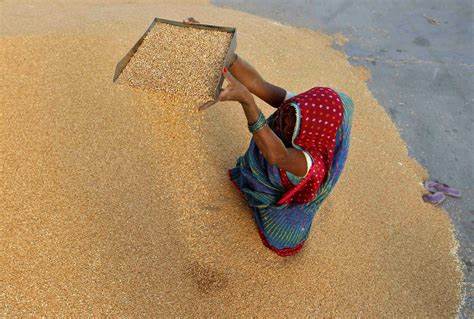 Amid the negative impact on global food supplies and oil prices due to the Ukraine war, India on Monday said that it is “committed” to working constructively in mitigating the adverse impact of the conflict on food security, even as it underlined that the developed world needs to do “much more” to alleviate these effects on people in vulnerable countries.

The Ukraine conflict is “having a destabilising effect with broader regional and global implications. The increasing oil prices and shortage of food grains and fertilizers is having disproportionate impact on the Global South, in particular on developing countries,” India’s Deputy Permanent Representative at the UN Ambassador R Ravindra said Monday.

Speaking at a UN Security Council briefing on Ukraine on ‘Focus on Sexual Violence in Conflict and Trafficking of Human Beings’, he said the developed world needs to do much more to alleviate the adverse impact this is making on day to day lives of the people living in vulnerable countries.

“India is committed to work constructively in mitigating the adverse impact of the conflict on food security and in ensuring that vulnerable countries have sufficient cushion against fluctuations in the global market,” he said.

Ravindra underlined that in order to manage India’s own overall food security and support the needs of neighbouring and other vulnerable developing countries, “we had announced some measures that allow for wheat exports based on approvals of those countries who are required to meet their food security demands. Such a policy will ensure that countries in need are given priority.” Ravindra stressed that in this context, it is necessary for the international community to adequately appreciate the importance of equity, affordability and accessibility when it comes to food grains.

Last month, India announced that it is banning wheat exports in a bid to check high prices amid concerns of wheat output being hit by scorching heat wave. Wheat exports were allowed on the basis of permission granted by the Government of India to other countries to meet their food security needs and based on the request of their governments.

He also voiced regret over how the principles of equity, affordability and accessibility were disregarded in the case of COVID-19 vaccines. “Open markets must not become an argument to perpetuate inequity and promote discrimination,” he said, adding that India has been providing financial assistance as well as supplying food grains to neighbouring countries, which are facing the consequences of the Ukraine conflict.

“We hope the international community will continue to respond positively to the evolving humanitarian requirements,” he said.

He said India continues to remain deeply concerned at the worsening situation in Ukraine and reiterates its call for immediate cessation of violence and an end to hostilities. The conflict in Ukraine has resulted in loss of lives and countless miseries for its people, particularly for women, children and elderly with millions becoming homeless and forced to take shelter in neighbouring countries.

He noted that in the last three decades, the international community has played an important role in fixing accountability for conflict related sexual violence, sending out a strong message that sexual violence has no place in the civilized world.

“Despite such progress, it is indeed distressing that sexual violence in armed conflict situations continue unabated amid a culture of impunity as a tactic of war, torture and terror in armed conflicts, especially by non-state actors. Primarily, national governments have the important responsibility for prosecuting and deterring such crimes in conflict situations on their territories even if these are committed by non-state actors,” he said.

Ravindra underlined that the UN, upon request of member states, must assist national authorities in developing capabilities to strengthen their national legal frameworks for speedy investigation and prosecution of perpetrators. “We also support effective cooperation and appropriate mechanisms to combat illegal migration and human trafficking,” he said.

Jun 09, 2022
The UN, Europe, others - when they have the need, are very clear and explicit about how India should help them. As global citizens, we should. But UN, Europe, others are disinterested in India's problems, and work mostly to help Pakistan and China. Europe acts as if we are still a colony, we exist to serve them at their convenience. Regardless, it does not mean we must act like subservient colonials who ask 'how high' and not 'why' when asked to jump by European countries and former colonial powers, or the UN (the worst form of a third world bureaucracy). While post independent India was dominated by brown sahibs eager to kick their own and supplicate to their western masters, I hope things have changed enough - with younger people in charge. Europe is cynical, it is transactional, it is opportunistic, they are disinterested in inter-dependent relationships, they are interested in looking out for their interests particularly when they hurt their former colonies (see their ardent support for Apartheid, and mineral grab all across Africa). I would urge serious caution while agreeing to trade that may produce starvation in India. We cannot let this happen again.