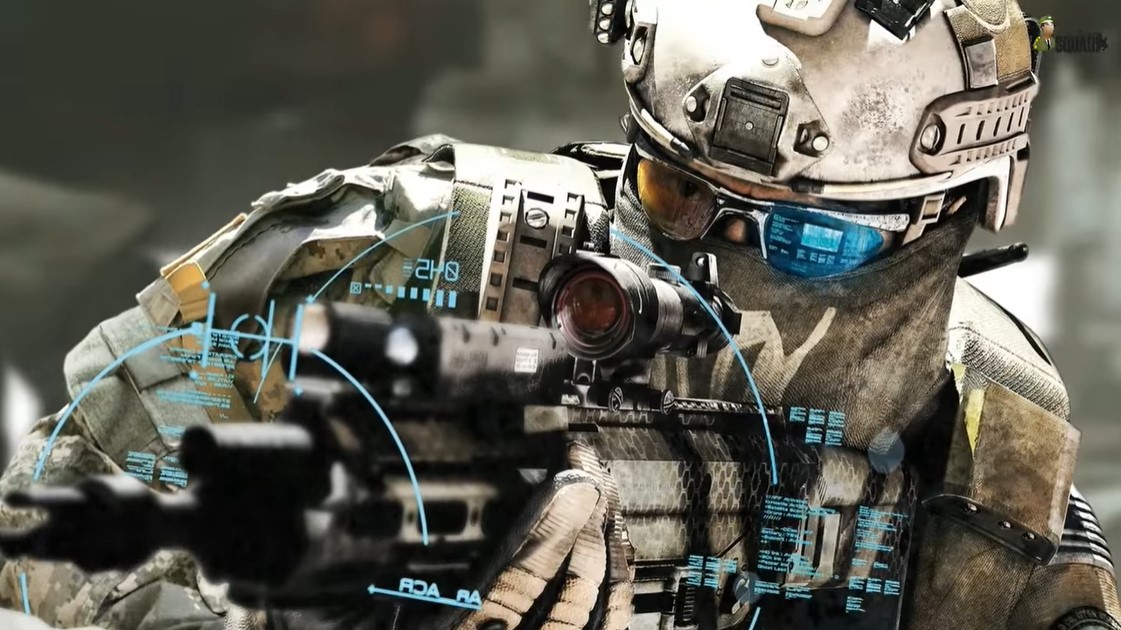 Prime Minister Narender Modi in an all-important valedictory session of the Combined Commanders Conference at Kevadia, Gujarat on 05 March 2021 stressed upon the armed forces to shed the legacy systems and practices that had outlived their utility and relevance. Calling upon the importance of enhancing indigenisation in the national security system, not just in sourcing equipment and weapons, but also in the doctrines, procedures and customs practiced in the armed forces, the PM took note of the rapidly changing technological landscape, highlighted the need to develop Indian military into a “future force”.

Five and a half years earlier, in Oct 2015, on board INS Vikramditya in Kochi, addressing his first Combined Commanders Conference, the PM had envisioned future, where threats may be known, but the enemy may be invisible, security challenges will be less predictable, situations will evolve and change swiftly and technological changes will make responses more difficult to keep pace with. There was emphasis on domination of cyber-space and space, which may become as critical as land, air and sea. The PM had predicted that full scale wars may become rare, and exhorted the Services to upgrade technological skills towards Digital Armed Force.

The PM while coining “FUTURE FORCE” has clearly recognised that there exist very dominant influences of legacies in the Indian military that may be weighing them down in preparing for the future.  It must, hence, be taken as clarion call to the National Security establishment, the Department of Defence and Armed Forces hierarchy. What, then, would be determinants for transforming into this “Future Force”?  And what will be its ingredients and capabilities?  The concept mandates a holistic visualisation of the future. This would entail envisioning changes in strategic geography and geo-strategic context, strategic threats and challenges, including unanticipated ones and prospective war-fighting doctrines.  Need therefore is to examine directions towards transforming into future force – future war fighting and doctrines.

If war is a historic constant, then warfare is historically dynamic. It is critical to obtain firm analytical foundation of what is contemplated as prospective war, what will be likely political aim, military aims and objectives, and reflect on how our adversaries will fight. Clausewitz had categorically remarked that “…no one starts a war—or rather, no one in his senses should do so—without first being clear in his mind what he intends to achieve by that war and how he intends to conduct it.”  In war it is imperative to fathom the political objectives of the adversaries involved. Will our adversaries go to war to get something they want, say expansionism towards disputed territory, or to preserve and further their geopolitical ambitions by stretching India inordinately? The answer is the why of the war, reasons why adversarial warring states are willing to retain pressure on us, spill blood in controlled, non-escalatory, manner and earmark large defence budgets to ensure domino effect.

There are most significant changes in warfare, brought in by racing transition in military technology. Writing in “Battlefield Singularity”, Elsa Kania contends that China is starting to catch up in its quest to become a “science and technology superpower” and that PLA is pursuing advances in impactful and disruptive military applications of Artificial Intelligence (AI). PLA anticipates that advent of AI could fundamentally change the character of warfare, resulting in transformation from todays “informatized” (信息化) ways of warfare to future “intelligentized” (智能化) warfare, in which AI will be critical to military power. PLA intends to achieve an advantage through changing paradigms in warfare with military innovation, thus seizing the “commanding heights” of future military competition.[1] Obviously, therefore, technology will become the driver of future warfare. Hence, four broad strands of future warfare in Indian context will be relevant for consideration:

The second major issue stressed upon by the PM was indigenisation in doctrines, procedures and customs. Doctrines describe how armed forces operate and use military means against given type of threat or scenario, and how armed forces will war-fight. In India, prevention of war, or deterrence, is the reigning theme, which has to be proven by enunciation of military doctrines and concepts. These doctrines lead to creation of requisite military capabilities to operationalise the concepts and to train or exercise in composite manner. Doctrine thus has implications for force structure, training, and equipment.

The all-important question is which Armed Forces doctrines require indigenisation? Indeed this does not indicate structural changes, like Theatrisation, which is on the anvil. Three aspects need to be stressed. One, rightly, in modern wars context, Doctrine and strategy ought to be Joint, and encompass all facets of war fighting, as highlighted previously. Future wars will not recognise individually land, sea or air environment, it would amalgamate all and much more. Diverse and competing doctrines of the three Services, and the value each Service places on its own individual plans and objectives, will not help determine the character of the next war, how long it will be fought, where, and at what cost.

Two, defence budgets are dwindling in real terms and this status will continue post-pandemic for quite some time. Military technologies, on the contrary, even in our neighbourhood are changing. With continued intransigence of the two adversaries and their collusion, India is in dilemmatic situation on enunciating futuristic military strategy and creating the right future force and capabilities. These need fast experimentation, adoption and adaptation.  We really need to think hard, especially now, about what next wars are going to look like and what we can do to mitigate the danger. In the 21st century victory is not based on metrics of destruction of war waging potential and territory captured, but in achieving given measure of success and advantage, against the adversary.

And three, are we relying on legacy doctrines of the last century? Two of these provide abiding images. First, are linear defence structures, or trench warfare, in multi-tiers, drawn from philosophy of ‘…no loss of territory….’.  Historically this draws from the French Maginot Line of World War II that collapsed in first six months of commencement of war. Similar to it was the fate of Bar-Lev Line along Suez Canal in Yom Kippur war. Second is the method of offensive warfare designed to undertake swift, deep and focused thrusts in adversary’s territory using mobile, manoeuvrable forces and air support, (also called Blitzkrieg) whose initial proponent was Heinz Guderian of German Army in World War II.  The call for indigenisation of Doctrines may be related to these two that have remained steadfast over eighty years.

The greatest challenge of our times is to be able to make correct and timely assessments of changes taking place, nature and extent of challenges and threats, and best methods to combat them. It is obvious that prospective warfare is based on presumptions of future, which often go wrong. The easiest way out for the militaries is to remain in status quo, and hence it is oft stated that Generals have tendency to ‘fight the last war’. The Force has to genuinely become Futuristic. Can this be done by raising another mountain brigade – adding to the force levels already existing? Will 350 light tanks become the panacea for warfare in High Altitude, where usage can be limited to say reccennoissance  troops or at best, penny packets?  How does the advantage of 155-isation, that delivers phenomenon TNT on the targets, relate to rebalancing the firepower more towards PGMs, even of the loiter kind?  Will modern force multipliers like armed drones, hypersonic weapons, and Rafale aircraft not have the capacity to turn the tables?  This might be the time to press ‘pause’, contemplate, refashion and ‘reset’, and jettison the silo-ed approach, where individualistic components think they are the best and end all!

In sum, the PM has presented the challenge of creating the “Future Force” and “Indigenise” doctrines. While it is imperative that the polity formally informs the military leaders what is desired and indicated, it is also incumbent on the military leaders to seek clarity where need be. In adherence to the diktats of the directive on “Future Force” and indigenisation of doctrines, we need to set an innovation Task Force, with a broad-based agenda, understand and decide on competing requirements, question assumptions, weed out those wedded to bygone ideas, and redirect institutional energy with foresight. Invariably, in the next Combined Commanders Conference, later this year, or the next, follow-up on the plans may be necessary!

In the meantime, it is time to invest in focussed senior leadership development programmes/ PME to contemplate warfare at strategic level, much beyond a military view point. Dwight Eisenhower, the 34th President of the US, and Five Star General in World War II had so poignantly remarked, “… you don’t lead by hitting the people on the head – that’s assault, not leadership…” 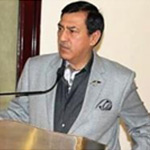 Lt Gen (Dr) Rakesh Sharma, PVSM, UYSM, AVSM,VSM (Retd)  served for forty years in the Indian Army and commanded the Fire and Fury Corps in Ladakh. He was Adjutant General of the Indian Army, and is currently DISTINGUISHED FELLOW with CLAWS. He is a prolific writer and lectures on Geo-strategic and military matters.

Jun 17, 2021
Is corporatization of ordinance Factory board change the defence production sector in india?

Jun 10, 2021
Great article with a in depth analysis. Our army needs more private,sub private enterprise which can invest heavily in the defence sector. Lastly in an wise and logical state defence budget should be increasing with time. Jai Hind 🇮🇳

May 21, 2021
PMs “Future Force” and “Indigenise” doctrines meaning ‘Atmanirbhar’ diktats all sound nice as political statements. Rich legacies are not the way you fight wars but are our rich traditions which cannot be shed by someone telling you to do. Our military leaders rightly must seek clarity and where required take a Stand and Question. What appears virtually is that our military leaders are following the diktats. Are our RM and FM dishing out the finances for the envisioned “Future Force”? Defence budget continues to be curtailed. Why is our RM not looking after his defence forces the way he looked after the CAPFs as the HM? I am afraid I do not see any major changes taking place other than reorbatting the formations in the name of ‘Theatre Commands’ to create further confusion for inter services smooth functionality. Only time will validate this concept ‘Theatre Commands’ name itself sounds as if we are preparing to wage wars against our adversaries as expected we failed to even hold the Kailash Range. The army had plans to upgrade its infantry and Rashtriya Rifles battalions by 2020 under the Future Infantry Soldier As a System (F-INSAS). The F-INSAS project includes a fully networked, all-terrain, all-weather personal equipment platform as well as enhanced firepower and mobility for the digitalized battlefield of the future (Where are we on this today?). So, think F-INSAS economics Vs the “Future Force”??? Where do we stand on our ambitious plans to transform the army from a threat-based force to a capability-based Service by 2020 capable of conducting the entire spectrum of conflict from nuclear war to counter-insurgency operations??? I may be sounding negative in my views but that is our true past story and wish we overcome our past failures and for this we need strong Military Chiefs ….