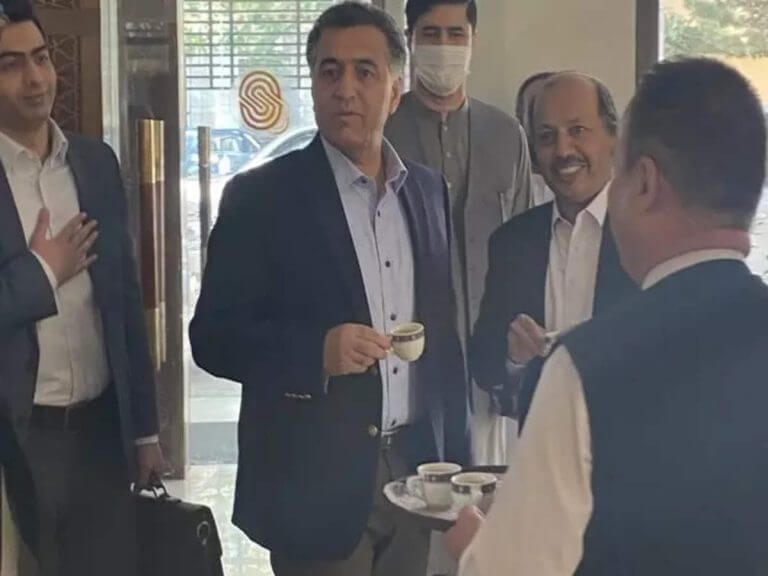 The visit of Pakistan’s spymaster, DG ISI Lt Gen Faiz Hameed, to Kabul in full public glare has not only re-confirmed what the world has known for long – the strings of the Taliban are being pulled by the boys in Aabpara (ISI Headquarters in Islamabad) – it has also raised questions over the message and signals that the Pakistanis were sending to rest of the world.

Clearly, Gen Hameed strutting about in the lobby of a five-star hotel in Kabul, like he was some kind of pro-consul of Afghanistan was deliberate. So too was his nonchalance while assuring journalists to not worry because “everything will be okay”. Had the ISI chief not wanted to be noticed there were a million ways to keep his visit to Kabul under the wraps. In deciding to show the flag, the Pakistanis have declared that they will no longer operate in Afghanistan from the shadows but openly, in full public view. This was a message to the international community that Pakistan is top dog in Afghanistan and had agency and equities with the Taliban. Any country that wanted to deal with the Taliban or wanted in on Afghanistan needed to go through Pakistan.

While the signalling to the international community is quite apparent, speculation is also rife over the real purpose of Gen Hameed’s visit. There is some talk that the ISI chief’s visit coincided with the Taliban assault on Panjshir Valley. Reports that the Pakistan Army officers and men have been leading the offensive and that Pakistan Air Force gunships and drones have been used to target National Resistance Front positions have been pouring in from the frontlines. Some analysts believe that Hameed was probably coordinating the offensive. But this doesn’t quite add up because such operations would be better coordinated by the military operations directorate or the Peshawar Corps than by the DG ISI.

Another possibility is that Hameed went to discuss the reorganisation of the Afghan military and intelligence service which according to a Reuters report is something that Pakistan has been very keen on to cement its hold and control over the Taliban. A third possibility is that he went to discuss steps that Afghan Taliban will take to either bottle up or eliminate or even expel/extradite the TTP and other terror groups to Pakistan and other countries. But there is little likelihood of Taliban agreeing to this because it will lead to a blowback inside Afghanistan. Plus, these groups and their fighters are needed to consolidate Taliban control over recalcitrant and rebellious Afghans. And finally, the chance that indeed the ISI chief visited Kabul to discuss trade and commerce. In that case he would be the first intelligence chief to also play trade negotiator, quite possible in a country where the Army chief is both de facto ruler and the chief diplomat when it comes to negotiating loans from friendly countries.

What is more likely is that Gen Hameed’s visit is related to the breaking the logjam that has dogged the process of government formation in the Islamic Emirate. Nearly three weeks after the Taliban captured Kabul, there is still no government in place. No one knows what the structure or composition of the new government will be. There is also no clarity of what the new system of government will be. The legal and constitutional framework of the Islamic Emirate, its social and cultural policies, its foreign and security policy, nothing is clear. There are reports of serious differences between different factions – Mullah Baradar, Mullah Yaqoob and the Haqqani Network – on the future government and how power will be shared or distributed.

A sort of jostling for positions is happening between the Kandharis and Helmandis on one side and the Eastern Afghans led by the Haqqanis on the other side. There are also serious differences that need to be resolved between the politicians and the military commanders, between the more pragmatic lot who don’t want to alienate the world and isolate the Emirate, and the ideologically driven, hard line Mullahs who cannot countenance any compromise. There is as yet no decision on how to accommodate the aspirations and demands of different Pashtun tribes, or other ethnic groups and political players from the old regime. To top it all, there is the so-called international community which is waiting and watching if women and minorities are given fair representation in the ‘inclusive’ government that it has for long been insisting upon. In short, the entire government formation process has become something of a pig’s breakfast.

While the power tussle is underway in Kabul, the ‘supreme leader’, or the so-called Emir-ul-Momineen Hibatullah is nowhere to be seen. While Taliban claim he has reached Kandahar and has been holding meetings, he hasn’t appeared in public. Questions are being asked if he is even alive, or is being held hostage by the Pakistanis. After all, Mullah Omar had died in 2013 but continued to issue statements and edicts from his grave until 2015 when his death was finally announced. Has something similar happened with Hibatullah? Retired Pakistani generals who act as the unofficial spokesmen of the Pakistan Army have been insisting that the delay in government formation is because Hibatullah had reached Kandahar just a few days back. They say that too much should not be seen in the delay because Hibatullah probably needs some more time to decide on people who will man the new government.

What the Pakistanis don’t say however is from where Hibatullah came to Kandahar. The Taliban have been insisting that Hibatullah has been present in Afghanistan for some years now. If so, then surely the Taliban who are supposed to have organised themselves very professionally should have also worked out long back who will hold what office. By all accounts, as Emir-ul-Momineen, Hibatullah has the final authority to take decisions. His inability to decide on the government and how power will be distributed suggests that all is not well within the movement. And it is to resolve this that Faiz Hameed had to go to Kabul. But the fact that it required the intervention of Hameed who is believed to have been involved in guiding and directing the Taliban military operations for around 4-5 years suggests that the divisions within the Taliban over the government are quite serious.

Interestingly, sources inside Kabul claim that on the first day of his visit, Hameed was confined to the hotel. He didn’t go to meet any senior Taliban leader, nor did any senior Taliban leader visit him. He did meet some other people, including the Quisling Dr Omar Zakhliwal, the former Afghan ambassador to Islamabad who was apparently turned around by the Pakistanis and is now seen as plugging their line in Kabul.

On the second day, Hameed is reported to have met Baradar. The outcome of that meeting is not known. But if reports in the Pakistani press are anything to go by, things are getting pretty complicated. The new name of the head of government that is floating around is that of Mullah Mohammad Hasan Akhund. He is a hard-liner and was the deputy head of government in the first Taliban regime in the 1990s and later headed the cabinet. He was part of the clique known as the “fighting club” – Taliban leaders who pushed for a military victory rather than a negotiated solution with the Northern Alliance.

If Akhund heads the government, then it is clear that Taliban 2.0 will be a clone of Taliban 1.0 in terms of its social, cultural, foreign and security policy. This means there will be no purge of terror groups like Al Qaeda, TTP, ETIM etc, which in turn will alienate not just the West but also many of the immediate neighbours. It isn’t quite clear if Hameed was pushing for a hard-liner like Akhund, or trying to prevent someone like him from heading the Taliban regime. What also remains unclear is whether Baradar is resisting or acquiescing to whatever the Pakistanis are trying to push. This will become known in the next few days.

Pakistani spin doctors will of course maintain that the Taliban will take their own decisions. But the fact is that the Pakistanis have always interfered in Afghanistan in a big way. In 1992 after the fall of Dr Najibullah’s government, the ISI negotiated the Peshawar and Mecca accords between the various Mujahideen factions. That those accords were observed more in their violation is another matter. In 1996, the ISI manoeuvred to accord recognition to the Taliban regime without the knowledge of the then Prime Minister, Nawaz Sharif, confronting him with a fait accompli. Therefore, it should surprise no one if the ISI is once again meddling directly in trying to tie up the loose ends. Whether it succeeds or not is another matter.

The optics of the visit are however not very good, and could backfire on Pakistan. Already there is growing resentment among not just the non-Taliban Afghans but also among sections of the Taliban over the overbearing interference and influence of Pakistan. The ISI chief’s visit will only give more grist to the mill that the Taliban are nothing but a Pakistani colonial project to subjugate the Afghans.

Sep 07, 2021
why is the US and the NATO allies not freezing the assetts of the taciturn paki generals and military elite in the west?

Sep 07, 2021
US or EU will not condemn Pakistan as Pakistani establishment assured to western powers that Afghan immigrants will not come to their soil , Pakistan will control Afghanistan for their (western world) security. Western world don't care what Taliban will do with Afghan nationals . They are happy if Afghan immigrants & Terrorism don't reach their soil. India should wait and watch whole situation .