Tunnel warfare has been in vogue since time immemorial. The Mahabharat records how the Pandavas escaped through a secret tunnel, from the ‘Lakshagriha’- the house made of lac, which was ordered to be burnt down by the Kauravas. The Assyrians used tunnels as early as 9th century BC. History is replete with tunnel warfare used by different militaries to surprise the enemy. Extensive labyrinth of tunnels have been laid out in many battle zones for intruding into enemy territories, to transport troops, materials, and also to serve as a shelter.

A recent example of tunnel warfare was in the Syrian Civil War in Aleppo in March 2015, when a large number of explosives were planted and detonated under the Syrian Air Force Intelligence Directorate Headquarters. Jihadist groups including the Al Qaeda-linked Nusra Front and the Muhajireen and Ansar army claimed responsibility for the attack, which partly destroyed the building, and killed many security officials.

Tunnel warfare as military tactics was seen in the Crimean War, American Civil War and Battle of Somme. However, the explosions that devastated the German Lines at Messines in 1917, ranks as the largest non-nuclear explosions of all time. More than 26,000 feet of tunnels were dug up and about 600 tons of explosives were used creating 19 large craters. More than 10,000 soldiers lost their lives in this ferocious blast.

In recent times, tunnels have been used for transporting narcotics in a big way. US officials discovered the longest tunnel on the Mexico border, used by drug smugglers. Stretching for 4,309 feet (1,313m), the tunnel had a lift, rail track, drainage and air ventilation systems, and high voltage electrical cables. The passageway connected an industrial site in the Mexican city of Tijuana to the San Diego area in California.

On 29 August 2020, the Indian Border Security Force detected a tunnel on the Indo-Pak border in the Galar area of Samba sector of Jammu. Obviously, the tunnel was meant to help terrorists and narcotics consignments to safely sneak into Indian territory. The BSF discovered a 20 feet deep tunnel with complete ventilation and breathing system for 340 metres. This was located only 58 kilometres from the Pathankot air base which was attacked by terrorists four years later.

To detect underground tunnels with ease and accuracy, BSF has set up the Comprehensive Integrated Border Management System (CIBMS). The CIBMS integrates sensors, communication, infrastructure, response, and command and control. An important component of the CIBMS is satellite imagery. However, not being real-time, they are not always useful. But to overcome this handicap, UAVs are deployed to get real-time data.

The first narco-tunnel was built in 1989 by the Sinaloa cartel of notorious drug lord Joaquin “El Chapo” Guzman. Since then, over 13,000 narco-tunnels have been detected under the US-Mexican border. Nogales is the capital of cross-border tunnels between Mexico and US. Similarly, Mexican police in September 2008, discovered an air-conditioned drug-smuggling tunnel close to the US border in northwest Mexico. The tunnel was 140-meter-long, 1.3-meter-wide, and five-meter-deep and was found under a house during a patrol in the town of Mexicali, less than 60 meters across the border from Calexico in the US.  There was an electric rail for container transport, ventilation and lights as well as air-conditioning.

The subterranean challenge of stopping drug trafficking, weapons trafficking, and infiltration by terrorists is going to be a formidable challenge for our security officials. With Afghanistan heading to a collapse, thousands of Taliban desperados will be seeking fresh pastures to continue their depredation. India, especially Kashmir is on their radar for immediate attention. Most of them are well versed in tunnel warfare as Afghanistan is a virtual ant farm of thousands of caves, countless miles of tunnels, deeply dug-in bases and heavily fortified bunkers.

These tunnels include natural and artificial tunnels. The US and Russian forces were not fully successful in completely eliminating the highly complex tunnel networks in Afghanistan. Pakistan would get the expertise of these tunnel-warriors from Afghanistan to penetrate India’s Western frontier, and in Kashmir. Taliban insurgent’s expertise can be gauged from the fact that they had successfully detonated a powerful bomb near a major military base in Afghanistan’s southern Kandahar province in the volatile Maiwand district, where Taliban rebels dug a two-kilometre tunnel into the Afghan National Army base and planted the explosives.

More worrisome is the situation on the LAC with China occupied Tibet, where Chinese PLA forces are capable of resorting to ‘tunnel-warfare’. The Chinese have a long history of using tunnels for offensive and defensive purposes. The Second Sino-Japanese war saw China using tunnel defences. Present reports indicate that PLA forces have built tunnel shelters to house aircraft at Lhasa airbase.

Plans are afoot for constructing a ‘Super-dam’ which will span the Brahmaputra River before the waterway leaves the Himalayas and flows into India, straddling the world’s longest and deepest canyon at an altitude of more than 1,500 metres (4,900 feet). This project in Tibet’s Medog County will dwarf the record-breaking Three Gorges Dam on the Yangtze River in central China. The Tibetans call the river as ‘Yarlung Tsangpo’ which is home to two other projects far upstream, while six others are in the pipeline or under construction.

The Chinese proficiency in civil engineering projects will spur them to experiment in constructing tunnels at various locations on the LAC, in order to get a surprise advantage over our forces. Hence, for effective border management there is an immediate need to deploy Pulsed Electromagnetic Search System (PEMSS), Ground Penetration Radar (GPR), seismic sensor technology, Brillouin optical time reflectometry, and Synchronized Electromagnetic Wave Gradiometer.

The Chinese also have a history of tunnel warfare, which was widely used in the North China Plains during the war against Japanese invaders. In rural areas, households and villages were connected through tunnels, which gave local residents and guerrilla forces places to hide when enemies launched offensive campaigns. The Vietcong used the same tactics against the Americans in their guerrilla war tactics and North Korea in the Korean war in 1960s.

As per reports in The Hindustan Times on 22 November 2020, “the PLA has built tunnel shelters in Tibet and other sensitive border areas. As a clever counter strategy, the Indian Army has deployed large diameter Hume reinforced concrete pipes in dug-in tunnels, to shelter troops from enemy attacks and surprise the Chinese PLA in the event of a worse-case scenario. The reinforced concrete pipes have diameters from six to eight feet, which allows troops to easily move underground from one location to another without being exposed to enemy fire. The other benefit of tunnels is that they can be heated and also shelter troops from Himalayan sub-zero freezing temperatures, which can plunge as low as -20 to -35 degrees centigrade and snow blizzards. Tunnels can help to face such inclement weather.”

Fighting under the earth by tunnels have withstood the test of time. From time immemorial tunnels have enabled military combatants to approach their enemies surreptitiously, and undetected, helping weaker combatants turn the battlefield to their advantage.

Thus, for terrorists, narco-smugglers, arms-smugglers and many militaries around the world, tunnels are a favourite and time-tested beneficial strategy. Underground tunnels and midget size drones are going to give an additional lethal edge to forces all over the world. This twin challenges will dominate the thinking of military leaders, defence scientists and warfare experts, in the coming decade. 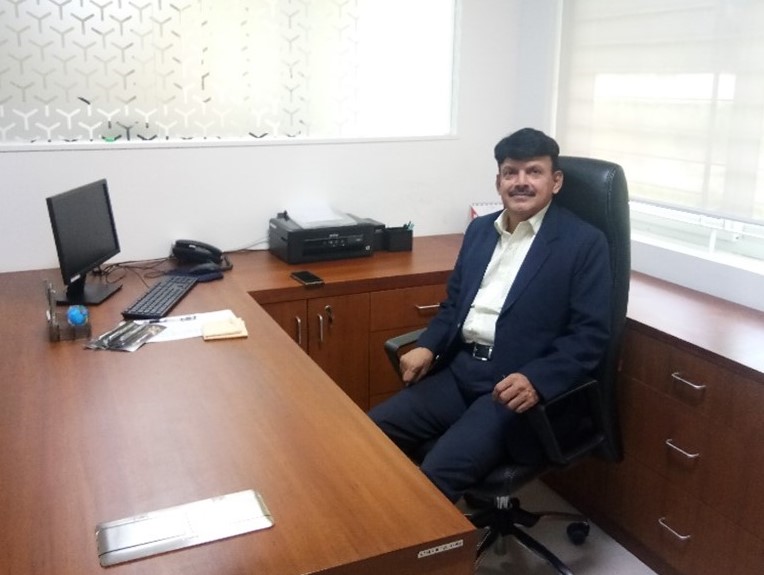