Climate Change as a Threat to India’s Military Strategies 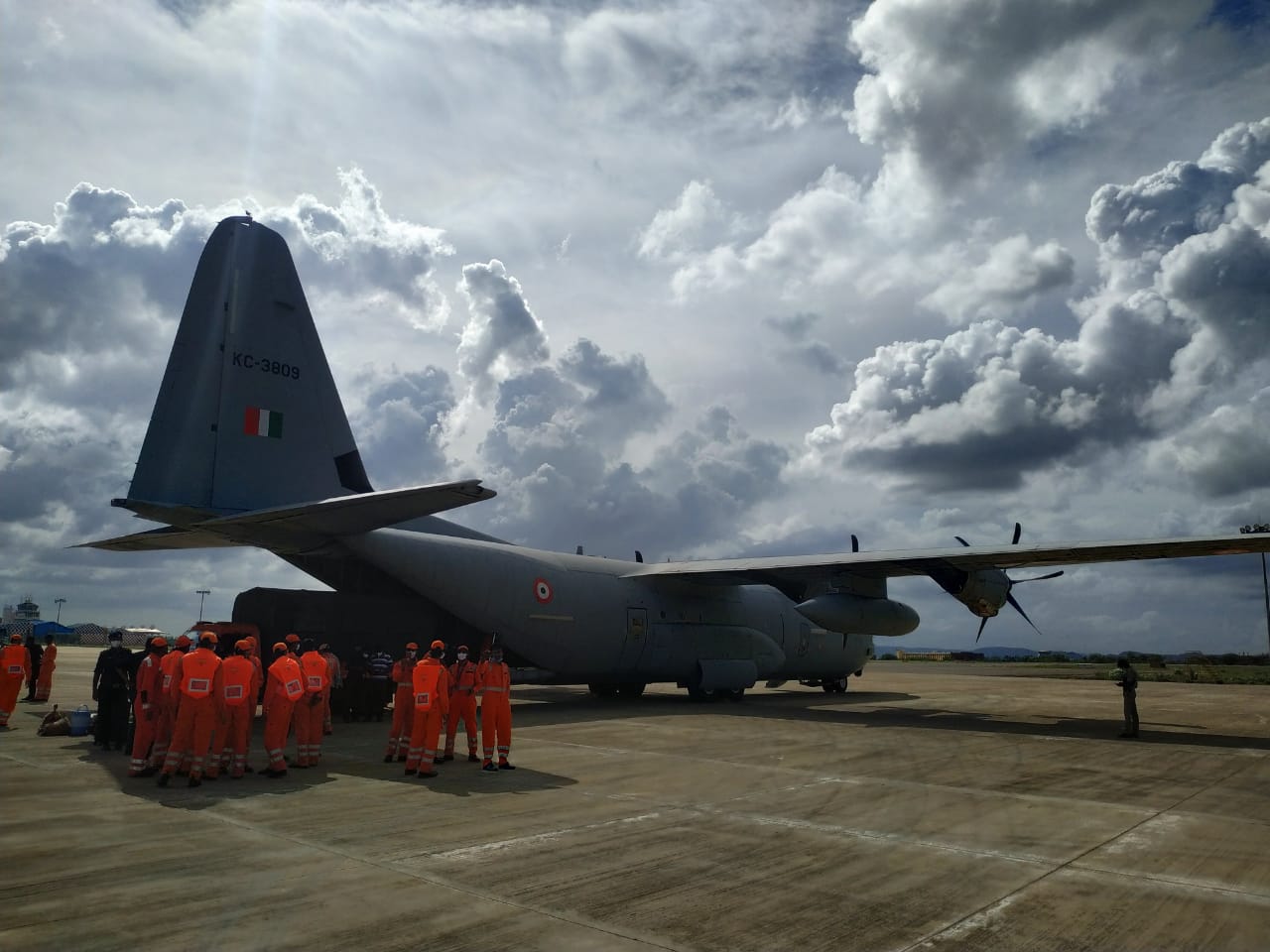 Climate Change as a Threat to India’s Military Strategies

As the climate crisis worsens across the world and in India (more specifically), it will have significant implications for the country’s security actors, particularly the military. As shown by recent cyclones that devastated several parts of India – Tauktae (in the Arabian Sea) and Yaas (in the Bay of Bengal) – the burden on the Indian armed forces to engage in disaster relief and rescue operations of various scales from time to time is likely to increase in the future. With rising sea temperatures, the frequency and intensity of cyclones in the region are expected to increase. As much as civilian authorities have to undertake urgent actions to enhance the resilience of communities, and physical and socio-economic infrastructures, the military will also be forced to recalibrate its role, by addressing the burgeoning requirement for Humanitarian Assistance and Disaster Relief (HADR) in many parts of the country, and even in the broader South Asian region (and the extended neighbourhood).

Cyclones and similar extreme weather events are not the only phenomena that are making the Indian military take note of climate impacts. Militaries across the world have started to assess the tactical, operational, and strategic implications of climate change. It may affect military operations and deployment procedures along the contested borders that India shares with its neighbours such as China and Pakistan. Moreover, futuristically, the existing conflict dynamics in the region could be influenced by climate change, thereby affecting the military’s strategic imperatives too. Therefore, there is a need to highlight the challenges posed by climate change to the Indian military, and to emphasise the need for a revamped security architecture that would prioritise these changes to better prepare for uncertain and unpredictable scenarios. 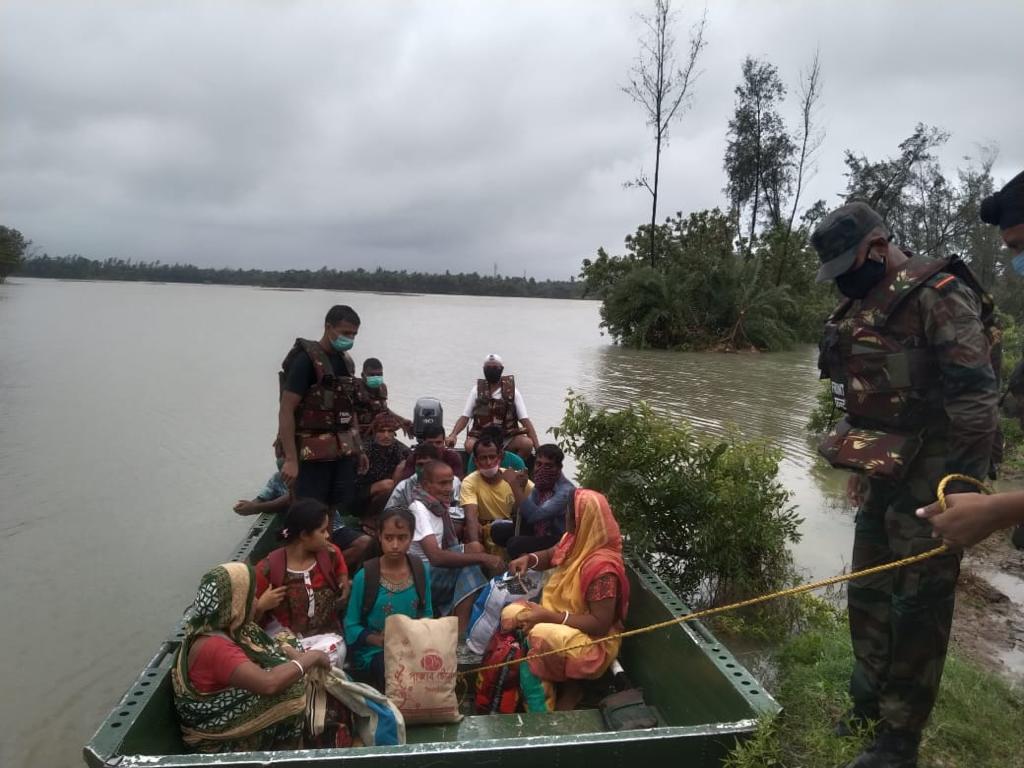 Direct Impacts of Climate Change on the Indian Military

In the past, there have been several instances wherein Indian military assets have been damaged heavily by disasters. Some of them include the devastation on the Car Nicobar Air Force Base brought about by the 2004 Indian Ocean tsunami, and the destruction caused by 2014 Cyclone Hudhud on India’s Eastern Naval Command in Visakhapatnam. The 2014 cyclone reportedly cost the Indian Navy over US$300 million worth damages. Several scientific studies have pointed towards an increasing trend of (stronger) cyclones and sea-level rise in the Indian Ocean Region, which highlight the threat posed by climate change to the country’s military infrastructure, particularly in the coastal areas (and islands). As climate change affects temperatures (both sea and land), and rainfall and wind patterns (thereby also leading to coastal erosion, inundation, etc.), the future base management strategies would have to take these factors into consideration. The military would have to secure its critical equipment, including temperature-controlled assets, internet infrastructure, and satellite control network equipment, among others. 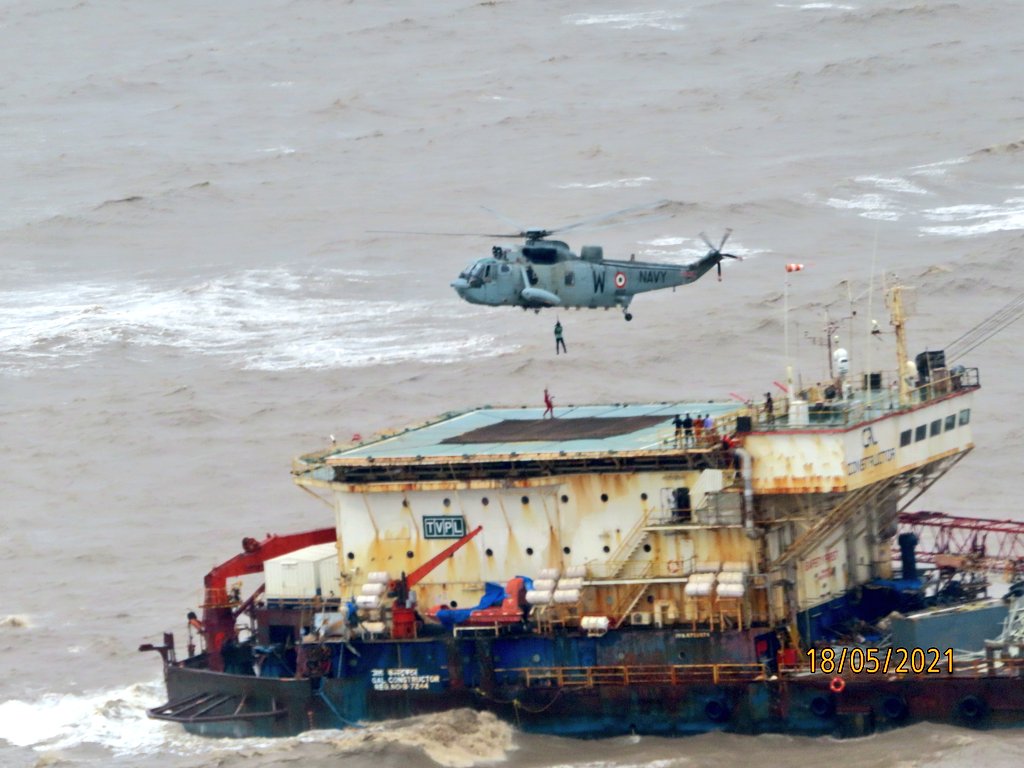 The effects of climate change are unravelling several security implications in the Hindu Kush-Himalaya region. There are many instances of the Indian Army being forced into rethinking its operational processes in this region, which is both an ecological and geopolitical hotspot. Take the case of Siachen Glacier, the world’s highest battleground, where Indian soldiers are being killed by avalanches, and not enemy fire. Various scientific assessments conducted by Snow and Avalanche Study Establishment (SASE) and others have revealed glacial retreat owing to rising temperatures, and interconnections between climate change and a growing number of avalanches in the area – forcing the army to acquire more Avalanche Buoyance Systems as well as relocate posts to avert such disasters. Furthermore, the possibility of enemy forces exploiting climate change-related disasters to disrupt critical nodes and assets of the Indian military can also be not completely overruled.

In recent times, with India-China border standoffs in Doklam and Eastern Ladakh, one needs to take into account the short, medium, and long-term effects of climate change on military planning, such as deployment and movement of troops, artillery etc., along the Line of Actual Control (LAC) too. Both the sides are building infrastructure, including roads and defence-related installations, which may be rendered vulnerable due to melting/thinning of ice and/or thawing of permafrost. For instance, India is investing in a “climate-controlled border post” in Pangong Tso lake area. As much as the effects of glacier retreat on river systems of the region, there is a need to assess these risks in a holistic manner.

One of the questions that needs to be further investigated is whether such seasonal and geophysical changes may assist greater Chinese deployment along the LAC. The unpredictability associated with seasons (for example, shorter winters and early onset of spring/summer) could force the Indian military to plan for contingencies and adopt anticipatory measures to prevent an attack from the Chinese side. What is also important to note in the case of the Indian military strategy towards China is the unconventional nature of warfare that the latter may wage at any point in time to gain leverage against India. During the Galwan Valley standoff, China allegedly attempted to tamper with the flow of River Galwan with bulldozers.

China’s preoccupation with large-scale engineering projects (mainly dams) portend danger for not just India, but the entire region. What many fail to realise is that China’s climate action policies, such as net-zero emissions target (by 2060), also involve construction of dams on trans-boundary rivers to reduce fossil fuel dependence. Hence, China could well be in a position to use these massive infrastructures to cause disruptions, such as floods, pollution, etc. in downstream countries. These debates are not new to India’s Northeast, wherein apprehensions about Chinese dams on the Brahmaputra have been expressed several times. 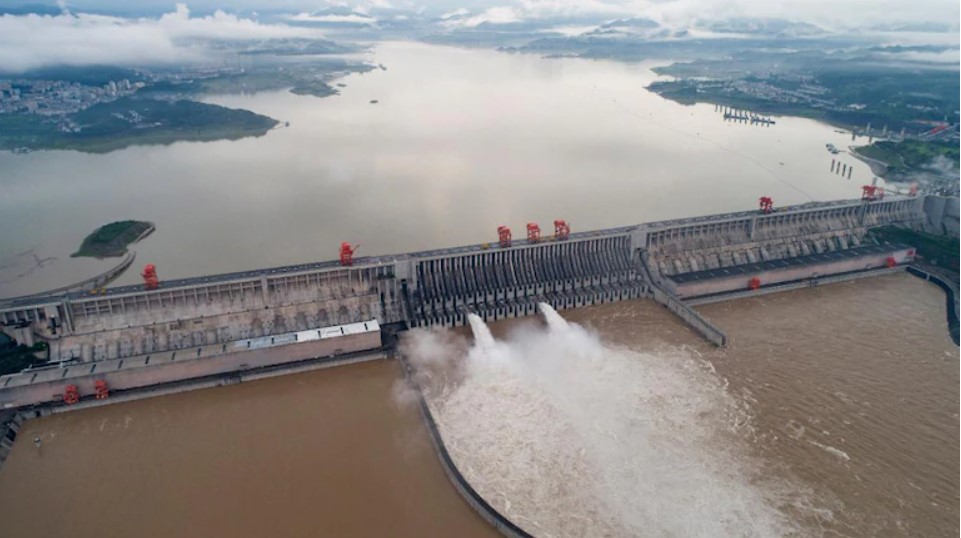 Furthermore, the newer and more futuristic types of challenges require to be integrated into the Indian military’s planning and strategy. China’s plans to develop a large-scale weather modification system by 2025 with the rationale that it would help the country address climate change, disaster management, conservation, etc. needs to be studied, especially since some of their weather modification projects are also linked with the South-to-North Water Diversion Project. Although military applications of weather modification are prohibited by the United Nations Convention on the Prohibition of Military or Any Other Hostile Use of Environmental Modification Techniques or ENMOD (and China is a signatory of this convention), the dual nature of these technologies could pave the way for their use in peacetime too. The concept of warfare itself has been reframed by China in many ways, not just in kinetic terms, but through other means (demonstrated by China’s geoeconomics strategy). The notions of militarisation around these technologies are further emboldened by the direct involvement of several state-owned space and defence contractors (such as China Aerospace Science and Technology Corporation) in developing them.

Similarly, China is also engaged in solar geoengineering-related research, another technique that is being advocated as a solution to the climate crisis, by cooling the planet through stratospheric sulphate aerosol injection. The effects of these technologies are not yet entirely ascertained by the scientific community, but a few studies have pointed towards the potential effects of solar geoengineering on regional precipitation patterns (for example, Southwest Monsoon), transboundary ecosystems, and even long-term regional climate. This could undeniably affect the security dynamics of the region, as Chinese interventions lead to tensions between India and China.

While there are several instances of the Indian military taking cognisance of climate change and addressing it, some of the most-recognised ones include the contributions made by the Ecological Task Force (ETF) in creating carbon sink through its afforestation programmes; investments made by the Army, Navy and Air force in ‘greening’ the military by investing in solar energy, biofuels, etc.; and the efforts made by the Navy to design the Karwar base as a “Smart Green Naval Base” with a focus on renewable energy, energy efficiency, water management, transport management, etc., among others. In the future, the Indian military, like other militaries across the world, would have to gradually streamline their climate action efforts to achieve the goals of 2015 Paris Agreement.

In the Joint Doctrine of the Indian Armed Forces, released in 2017, climate change has been acknowledged as “a critical area of the security paradigm.” It also warns that if climate change and other environmental disruptions compound the existing security risks, the Indian military will be compelled to respond. In a region that is marred by geopolitical tensions, even over river water sharing (such as the Indus basin shared by India, Pakistan, China, and Afghanistan), these concerns have to be integrated into long-term security planning for sustainable peace. Hence, a comprehensive climate-related security risk assessment is the need of the hour.

[The views expressed in this article are personal.] 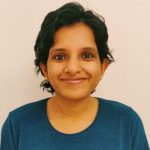 Dr. Dhanasree Jayaram is an Assistant Professor, Department of Geopolitics and International Relations, and Co-coordinator, Centre for Climate Studies, Manipal Academy of Higher Education (MAHE), Karnataka, India. She is also a Research Fellow, Earth System Governance and Member, Climate Security Expert Network. She holds a PhD in Geopolitics and International Relations from MAHE. She pursued a visiting fellowship (Erasmus Mundus – short-term PhD) at Leiden University, the Netherlands during 2014-15; and a postdoctoral fellowship at the University of Lausanne, Switzerland, under the Swiss Government Excellence Scholarship during 2018-19. She is the author of “Breaking out of the Green House: Indian Leadership in Times of Environmental Change” (2012), and “Climate Diplomacy and Emerging Economies: India as a Case Study” (2021).