Can Quad Benefit the United States and India and Beyond 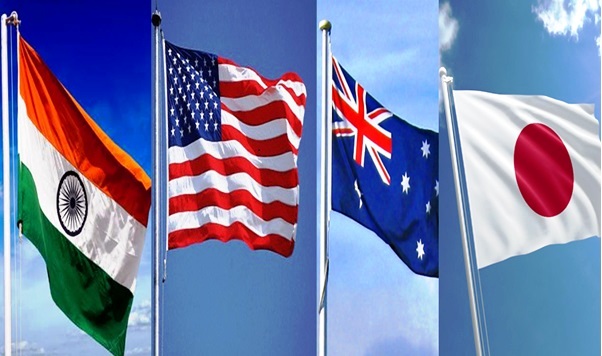 President Biden hosted his first virtual meeting in March with leaders of the semi-formal Quadrilateral Security Dialogue – dubbed “the Quad” – a relaxed composition of allied Indo-Pacific nations. While policy observers have hinted that the group is likely to form a military coalition to counter China’s aggressive hegemony in the reason, it is also critical to examine how the Quad could be of force for good in a much more holistic sense.

In addition to the U.S. and India, the Quad is also comprised of Australia and Japan, with Washington functioning as the kind of pivot for the coalition. But before the grouping can establish any precise plans or objectives, the threat that China poses on regional security and interests must be determined.

In recent years, Communist China’s growth – in both a cold and hot war sense – has been burgeoning, especially given its economic ascendance as a direct peril to the free-market enterprise. Beijing has made no secret of its broader aspirations to become the world’s economic powerhouse.

However, if the Quad is going to be a bulwark against Chinese encroachment, the status quo cannot remain. After all, the informal outfit is hardly new. The strategic dialogue was first formed in 2007 by Japan’s then-Prime Minister Shinzo Abe and commenced alongside joint military exercises known as ‘Exercise Malabar’.

The assertion was billed on the tenets of solidifying an “Asian Arc of Democracy,” which would eventually bring other Asian countries into the fold. Yet, the project has sub sequentially failed to expand.

Moreover, the concept of deterrence has been decreasing as China maneuvers deeper into the South China Sea and intrusively encircles Taiwan. Hence, the Quad’s impact over the past fourteen years has not made a big enough dent. Some critics have been quick to write off the group as being more hype than help, especially as other regional players appear to have shown little interest in its development, yet this need not be the case.

Since its inception, the Quad has been perceived as a Beijing counterweight on both military and diplomatic levels. Yet, objectives cannot be fleshed out when the counterweight’s name is not even uttered. Not surprisingly, the faction withered largely in the years after its formation and was revitalized by the Trump administration during his first year in office as concerns over China compounded.

But to be an audacious force requires some audacious changes.

Firstly, at one point will the group be willing to boldly refer to directly call out and criticize Beijing’s actions? If it chooses not to go down that path anytime, it is likely to be viewed as yet another bureaucratic bloat for multilateral discussions, and perceived as a relatively feeble public relations antic of little weight or substance.

The assemblage evidently still fears incensing the Chinese Communist Party (CCP), and there is little doubt that Beijing would retaliate even at the slightest hint of criticism. Still, it may be an important storm to weather if the Quad is going to make a needed impact. The balance is nonetheless a delicate one. China remains Japan and Australia’s largest trading partner and export market. And even amid the throes of a border dispute between China and India in the Himalayas, China is still India’s number one trade partner.

However, the Quad cannot expect China’s behavior to change unless the group’s members are – diplomatically – ready to take a resolute vocal position. And there is a lot to be gained in doing so in an optics sense, especially for the United States, India and bi-lateral relations between the two democratic countries.

Once the Quad can better establish its presence as one to be taken seriously and strategize from a place of strength, the other matters on the table have a greater chance of moving in a positive direction. Indeed, addressing China’s rise is a critical one, but it is not the only way that the Quad can better serve.

Outside the military and defence domain, the Quad has the powerful potential to bolster trade relations and repair economies hindered by the protracted pandemic. Strategies should be clear and concrete, attached to specific objectives with affixed timelines, and refrain from fumbling into the esoteric realm of morals, scruples and democratic values.

The focus must now be on the walk, not merely on the talk.

For the Biden administration, the Quad represents an opportunity to reinvigorate a kind of strength in numbers and the importance of international alliances and partnerships. This concept was dramatically questioned and tested throughout Trump’s tenure.

While the China issue should be front and center, there are numerous other matters that the Quad can and is willing to tackle – with Washington and New Delhi taking the lead. These include vaccine export and distribution, climate change and co-ordination in emerging technologies and intelligence sharing. The advancement of 5G technologies is another significant area that the nations that can work together to produce products reliable and trustworthy that can counter Beijing’s influence.

In all those capacities, India and the U.S. can also benefit by augmenting by supporting India’s investment portfolio. At the immediate heart of such a development phase is India’s role as a front-runner in COVID-19 vaccine diplomacy. This is a mutual benefit for all Quad countries. India has already vowed to manufacture upwards of one billion Johnson & Johnson vaccines, with financial backing from Japan and the United States and logistical leadership at the behest of Australia. To date, more than 70 countries have turned to India for their vaccine supply.

This stands to disrupt China’s endeavors to monopolize the global vaccine initiative and usurp Beijing from its long-running status as a medical technology dominion, especially throughout Asia. If India’s vaccine campaign is successful now, it could be a game-changer. Since the outbreak of the novel virus more than 14 months ago, U.S. leaders have desperately sought to re-examine the hobbled supply chain and dangerous reliance on Beijing from the export of life-saving pharmaceuticals.

India could and should be a natural replacement to fulfill that need. With that, New Delhi can use this coming together to lobby for the Quad’s aid in boosting domestic production and capabilities to better stand alongside the three other far more developed Quad countries. This could include bolstering schools and education to infrastructure, agriculture, energy innovation and defense efficiency.

India is the prime geographical location to be the Quad’s nucleus – right in the heart of Southeast Asia with a maritime gateway through to East Africa. With the advocacy of Washington, it can long-term be the China alternative that Washington is desperately seeking.

All four comrades have shared concerns militarily – including counter-terrorism – and beyond. The group has the potential to shape the way the international community views the worldwide economy. Still, perhaps, more importantly, the group and its democratic governance have the potency to shift the world order.

Hollie McKay is a foreign correspondent, war crimes investigator and best-selling author. She was an investigative and international affairs/war journalist for Fox News Digital for over fourteen years where she focused on warfare, terrorism, and crimes against humanity and in 2021 founded international geopolitical risk and social responsibility firm, McKay Global.  Hollie has worked on the frontlines of several major war zones and covered humanitarian and diplomatic crises in Iraq, Afghanistan, Pakistan, Syria, Iran, Turkey, Yemen, Saudi Arabia, Burma, Russia, Africa, Latin America, and other areas. She has spent considerable time embedded with US and foreign troops. Hollie’s columns have additionally been featured in publications including the Wall Street Journal, The Spectator Magazine and much more. For more details on her please reach out our Contributors page.