The Association of the United States Army (AUSA) Annual Meeting (AM) is the largest land power exposition forum in the USA, with a global canvas. Taking place over three days, the AM focuses on showcasing holistic development of the Land Forces. The theme for AUSA 2022, held in Washington DC from 10 to 12 October 2022, was ‘Building The Army of 2030’ with focus on ‘continued transformation’ and was designed to ‘deliver the Army’s message by highlighting the capabilities of Army organizations and presenting a wide range of industry products and services’.

AUSA 2022 comes in the midst of the US Defence Force’s multi-front deployment, focusing on Europe and the Indo-Pacific, to cater for existing global security challenges including the Russia-Ukraine War.

This article focuses on some of the important cutting-edge military technology displayed at AUSA 2022 as also product improvements in existing platform/weapon system designs that might find relevance/be of interest in the purview of the Indian Armed Forces’ push to modernise and develop/incorporate disruptive technologies in the near future. These are enumerated in succeeding paragraphs.

Raider-X Fast Reconnaissance Helicopter: Lockheed Martin (LM). The Raider-X has been developed by LM in response to the US Army’s Future Attack Reconnaissance Aircraft (FARA) prototype competition for vertical-lift aerial platforms. The fully composite coaxial main rotors and a rear-facing ‘pusher’ tail-rotor, along with fly-by-wire controls, composite fuselage and retractable landing gear, provide enhanced responsiveness/manoeuvrability, greater top speed/reduced drag, enhanced low-speed hover, more efficient acceleration/braking and longevity due to corrosion-resistance. Operational flexibility is enhanced with an internal auxiliary fuel tank for extended range /increased endurance, additional ammunition capacity and aerial refuelling capability. With a max all-up weight of just over 5 tons, the Raider would enjoy an endurance of approximately 3 hours, range in excess of 600 Km and a top speed of 239 Knots (~444 Kmph) making it one of the fastest helicopters in the world! The weapons package would include Hellfire missiles, 2.75″ rockets, 0.50 calibre under-nose gun and 7.62 mm machine-gun. The open-systems architecture-based avionics and mission systems would offer “plug-and-play” options for computing, sensors, survivability and weapons package, facilitating mission-specific tailoring and enhancing suitability for the global market. The significant enhancement in speed/agility over most current military helicopters makes the Raider-X’s disruptive design worth looking at for similar development/employability in the context of the Indian Armed Forces, in open as well as mountainous terrain, for myriad combat/ combat-support functions, either as an ab-initio design or by way of product improvement of existing platforms. 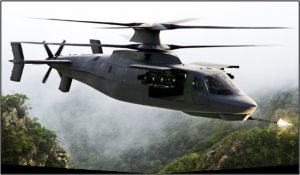 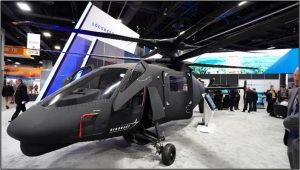 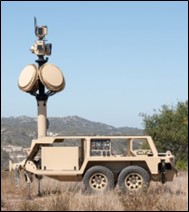 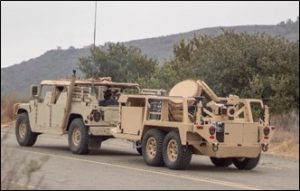 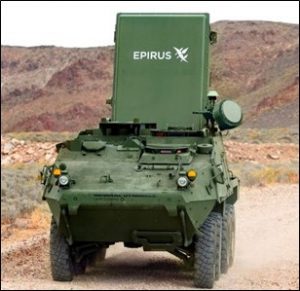 In the context of the Indian Armed Forces, DRDO has developed the D4 C-UAS system which has been actively deployed on numerous occasions. Mobile C-UAS systems offering persistent, 360º surveillance would need to be the focus to provide deployed forces and military bases the wherewithal to deal with this ever-increasing, unobtrusive threat. 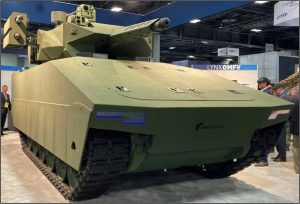 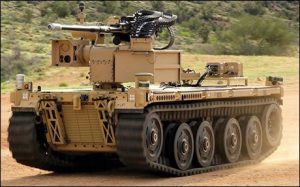 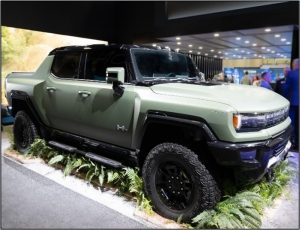 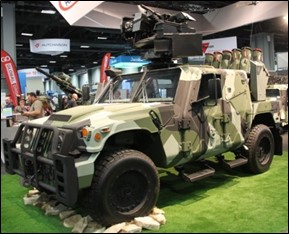 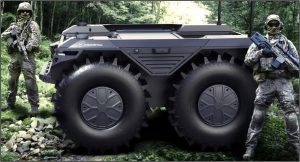 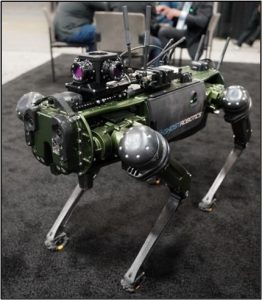 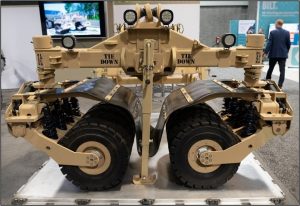 AUSA 2022 provided an eclectic mix of neo-technology along with long-awaited and desired upgrades to existing combat platforms. While direct requisitions may not find priority over the self-reliance drive for ‘Make in India’, it would be prudent to examine such technologies in the light of operational requirements for the Indian Armed Forces and pace own indigenous development/ partnerships accordingly, to leverage global cutting-edge technology for our Armed Forces.