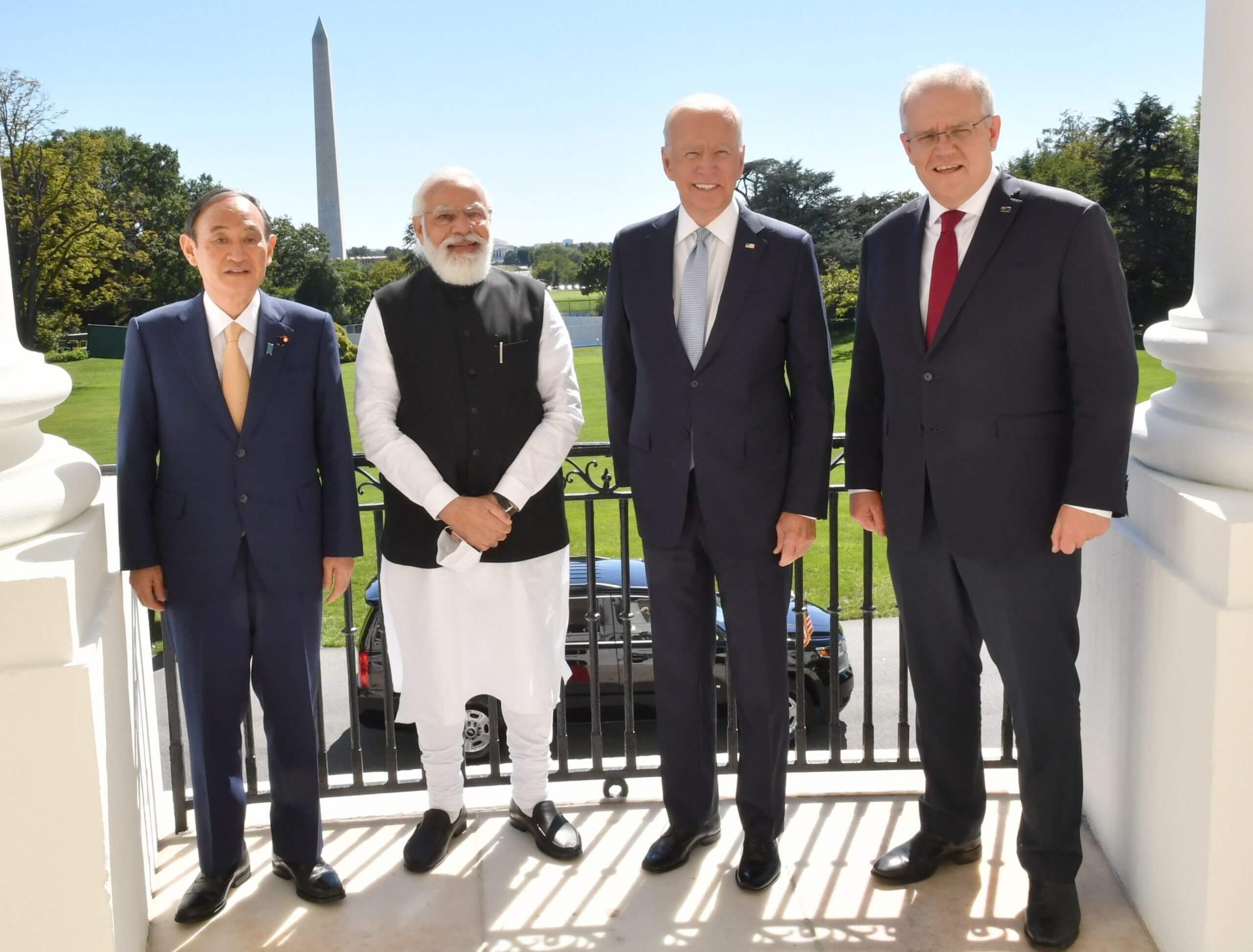 A new word, “Nixon shokku” was added to the Japanese dictionaries when President Nixon made a visit to Beijing behind the back of the closest ally of the US in Asia in 1972. The surprise announcement of Aukus on the eve of the Quad summit would have qualified to be called “Biden shokku” for Japan and its equivalent, if any, for India. But the ferocious reaction by the French put the baffled members of the Quad on the defensive and they rationalised the move and justified the new arrangement. And now there is a division of labour between Aukus and Quad, the former for muscle power and the latter for global good.

After hesitating for a few days when Indian commentators had a field day, bemoaning the betrayal of the US by forming another alliance for the same region, abandoning India and Japan, India declared that Aukus was a military alliance, which had nothing to do with India, feeling guilty that it was perhaps the positions of India and Japan that prompted the formation of a formal alliance by the US without them. India also decided to set aside the obligation of Australia to abide by the NPT it had signed.  This increased the comfort level of Mr Biden to make up with France, admitting as he did in the case of Afghanistan, that it could have been handled better.

The partnership, however, is committed to a region that is “a bedrock of our shared security and prosperity—a free and open Indo-Pacific, which is also inclusive and resilient.” The Quad took note of the fact that COVID-19 had caused continued global suffering; the climate crisis has accelerated; and regional security has become ever-more complex. They committed themselves  to promoting the free, open, rules-based order, rooted in international law and undaunted by coercion, to bolster security and prosperity in the Indo-Pacific and beyond. This is nothing but a euphemism for containment of China. Further, they said that they stood for the rule of law, freedom of navigation and overflight, peaceful resolution of disputes, democratic values, and territorial integrity of states.

The Quad leaders waxed eloquence on the work they have done together in combating Covid, but none of the countries in the group can claim much success in bringing the infection level to safe levels or having vaccinated enough of their citizens. But a significant result of the involvement of the Quad in the pandemic relief efforts is that Presidents, Prime Ministers and Foreign Ministers became adept in health matters.

On climate change, there are deep divisions in the Quad. As the only developing country in the group, India expects financing and technology to adopt environment friendly technologies and maintain their economic growth. In fairness, India cannot be expected to achieve global net-zero emissions by 2050 unless gigantic progress is made in nuclear and renewable energy. Collaboration in cyber space and new opportunities in space cooperation are part of the Quad’s agenda.

A Quad Fellowship programme, which will provide 100 graduate fellowships to leading science, technology, engineering, and mathematics graduate students across the  four countries is an important initiative.
The Quad will closely coordinate diplomatic, economic, and human rights policies towards Afghanistan and will deepen counter-terrorism and humanitarian cooperation in the months ahead in accordance with UNSC Resolution 2593. It reaffirmed that Afghan territory should not be used to threaten or attack any country or to shelter or train terrorists, or to plan or to finance terrorist acts. It reiterated the importance of combating terrorism in Afghanistan and denounced the use of terrorist proxies and emphasized the importance of denying any logistical, financial or military support to terrorist groups which could be used to launch or plan terror attacks, including cross-border attacks.

The declaration also covered denuclearisation of the Korean peninsula and the violence in Myanmar. The statement ended with a declaration that the commitment to realize a vision of a free and open Indo-Pacific was firm, and the vision for this partnership remained ambitious and far-reaching. “With steadfast cooperation, we rise to meet this moment, together,” the Quad leaders stated.

As a testament of the Quad after the tumultuous developments in our neighbourhood, resulting in a likely China-Pakistan-Taliban axis, the joint statement falls short of a commitment on the part of the Quad
to safeguard the region, unless the position taken on the Indo-Pacific and Afghanistan itself implies that the four countries will work together in any kind of security challenge.

It is here that the link between the Quad and the Aukus assumes importance. The presumption is that the improvement in bilateral relations between the US and India will amount to a strategic partnership in the full sense of the term. The Quad partnership and its link with Aukus also gives the necessary muscle power to the partnership. In a situation where India is determined that it will not be a party to any alliance and that it will maintain its strategic autonomy at any cost, India cannot expect any greater security guarantees.

The Quad can, however, bask in the reflected glory of Aukus, a nuclear pact in the Indo-Pacific is clearly a much stronger message to China than the Quad’s strategic statements, which are confined to global issues. China has reacted more sharply to the Aukus than to the Quad. The French position has called into question the loyalty of countries in alliances, characterizing it as “a stab in the back”, but the purpose of the new alliance has been justified on the ground that it was meant to be an enabling arrangement for Australia to receive nuclear propulsion technology for submarines. This, however, adds another dimension to the situation resulting from Australian violation of the NPT, which is an embarrassment to Japan and India.

On the positive side, the new characteristics of the Quad that have emerged in Washington has softened its image of an anti-China alliance and it may encourage other countries in the region to join the group and thus increase its strength and reach.

As the Foreign Policy Magazine has observed, “the Quad is not going to oblige China and simply dissipate like sea foam, as some in Beijing had hoped… Aukus bombshell…and the Quad summit also send some clear signals to the rest of Asia –and beyond—that the business in balancing China has now entered a serious phase.”

Oct 01, 2021
Sir, Interestingly both India ( Sharing land boundary) and Japan ( Sharing maritime boundary) are not part of AUKUS. It seems AUKUS will be more like of Military Power Projection which can be used for military conflicts or skirmishes to take China head-on for any of their misadventures especially in South China Sea and the Pacific region. While Quad will be implemented as more of a economic/ trade security provider in the region and to maintain freedom of navigation as per international maritime laws. Both groups AUKUS and Quad can compliment each other well and play the cards as per situation more effectively and can keep China on backfoot in Indo- Pacific region.

Sep 28, 2021
What’s the point in setting up AUKUS when there’s already a QUAD?? Firstly, no matter what the official description of QUAD is, it’s definitely a military alliance and China is not stupid enough to fall for such official descriptions. For all other matters, be it trade or climate or whatever, there are already plenty of other forums and all these QUAD countries are members of those forums. So, forming another alliance just for trade, commerce etc. would be just a waste of time and money. Coming to AUKUS, the UK could have easily been made a member of QUAD and the nuclear submarine deal could have been conducted on a one on one basis between the US, UK and Australia. So, logically speaking, the creation of AUKUS is just another psychological move against China and perhaps, Russia. The official declaration of AUKUS as a defense alliance is definitely another attempt to rattle China.