A Guerilla Victory At Umberkhind! 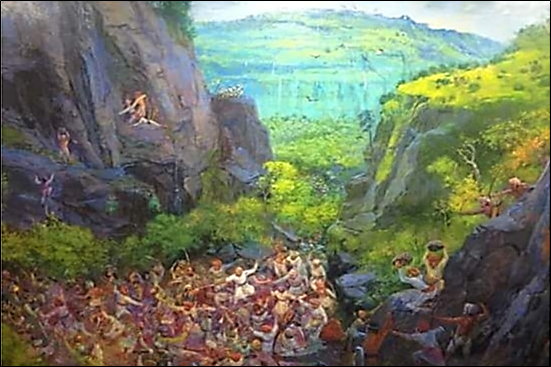 “The conventional army loses if it does not win. The guerrilla wins if he does not lose”.

An outstanding example of the successful use of guerilla warfare, many years before this art of war was made famous by the likes of Che Guevara and the tactics of the Viet Cong in the Vietnam War, was the use of this technique by the Maratha King Chhatrapati Shivaji, in the Battle of Umberkhind.

Umberkhind is a ghat or a mountain pass on the Sahyadri Mountain Range above the present-day industrial city of Khopoli, on the banks of the Patalganga River in Raigad District of Maharashtra, India.

A Panoramic View of Umberkhind and the ‘Dukes Nose’ Feature on the Right: Source- indiahikes.com

Mohammed Adil Shah, the seventh ruler of Bijapur, regularly assisted the Mughals with their campaigns and also signed a peace treaty with the latter in 1636, during the reign of Shah Jahan. However, Mohammad Adil Shah’s reign witnessed the revolt of the Maratha General Shahaji Bhosale and subsequently the rise of his son, Chhatrapati Shivaji to eminence, who founded an independent Maratha Kingdom, carved out of the Bijapur Sultanate. Mohammed Adil Shah failed to check this rise of the Marathas. Aurangzeb knew that he could not ignore Chhatrapati Shivaji Maharaj’s valour and rising power any longer and decided that it was imperative to quell the Marathas at the earliest. After Aurangzeb’s accession to the Mughal throne in 1659, he sent Shahista Khan as viceroy to the Deccan with a large Mughal Army to enforce this treaty. Shahista Khan was accompanied by the Uzbek Kartalab Khan, his right-hand man, whom Aurangzeb had specifically sent to defeat Shivaji. As was expected, Shivaji’s writ ran large in this territory, where the Maratha Warrior now enjoyed a formidable reputation after he famously killed Afzal Khan (a General of Mohammed Adil Shah who had tried to turn the Mavale’ Chieftains of the Pune region against Shivaji) with steel claws in 1659. 1660 saw the Marathas under attack by the Abyssinian Salabat Khan at the head of a Bijapuri column, who besieged the fortresses of Panhala, where Shivaji was located, and Pavandurg, in the South, while Shahista Khan, who had arrived in Aurangabad in January 1660, lost no time in advancing and establishing the Mughal presence in the area of Pune, which was Shivaji’s heartland. Shahista Khan’s advance to Pune was interdicted repeatedly by the Maratha light cavalry, but he defeated them decisively at Purandar, 50 Km Southeast of Pune on 09 May 1660.  The Mughals, however, could not sustain themselves in the arid terrain around Pune.  Shahista Khan captured the Chakan Fort by June 1660, after a 54-day siege and decided to withdraw to this location, which was closer to Ahmednagar. In 1661, Shahista Khan sent Kartalab Khan to capture the forts of Kalyan, Bhiwandi, Panvel, Chul and Nagothane in present-day Maharashtra and in the North of Konkan, which he did so after some heavy fighting.

In his attempt to rout Shivaji from the Konkan Region, Shahista Khan despatched Kartalab Khan and Rai Bagan ([alias Savitribai Deshmukh]- a female Mughal general and widow of the Mughal Sardar Raje Udaram Deshmukh of Mahur Jagir in the Deccan) in early 1661 along with a sizable force. 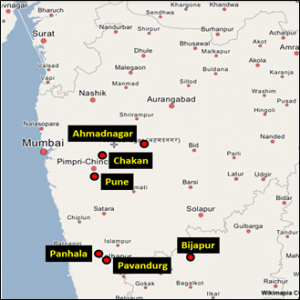 Kartalab Khan decided to advance to Rajgad Fort via the Khandala Ghat (approximately 70 Km Northwest of Pune). On learning this, Shivaji announced that he was moving his forces Northwards. Kartalab Khan then decided to divert his advance through the dense Tungaranya Forest, which descended into the Konkan Region after ascending 300 feet through the Umberkhind Pass. The Umberkhind Pass is one of many ghats in the Mawal Taluka in Pune District which descend into the Konkan Region and is located 2,200 feet above MSL.  It is located just below the Kuruwande Ghat and is one of the narrowest passes in the Western Ghats and straddles the route between Lonavla and Pen, 40 Km to the West.

Kartalab Khan’s route towards Tungaranya took him via Chinchwad, Talegaon, Vadagaon and Malavali (roughly along the present-day alignment of the Mumbai-Pune railway line- interestingly, the British built the Mumbai-Pune railway line via the Khandala Ghat and not via Umberkhind, the latter being much more inhospitable terrain!). The Mughals then turned towards the Lohagad Fort, approximately 50 Km from Umberkhind, on the border of the Deccan Plateau and the Konkan Region. Shivaji used his informants and spies to telling effect and ensured that Kartalab Khan was first fed information that Shivaji’s forces would be outside Lonavala. However, there was no sign of Shivaji’s forces there. Kartalab Khan was then fed information that Shivaji’s forces were at Pen, at the base of the Western Ghats. Kartalab Khan decided to quickly move across the Ghats via Umberkhind to decimate Shivaji’s forces. 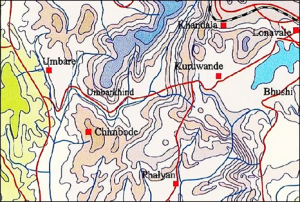 On 02-03 February 1661, Kartalab Khan’s Army, with a surfeit of mercenaries who were adept at warfare in the plains, but with no prior experience in guerrilla warfare, reached the Tungaranya forest and advanced to the base of the Umberkhind Pass.  Unknown to Kartalab Khan, Shivaji’s forces were already deployed in the forest and along the escarpment leading up to the Pass. Shivaji had equipped his small force with the wherewithal for stand-off fighting in the hills, including bows & arrows, rifles and rocks/ boulders, in addition to their normal close-quarter weapons. The dense foliage of the Tungaranya forest and in the path up to the Pass ensured that Shivaji’s soldiers were completely hidden from view and therefore eminently poised for a surprise attack on Kartalab Khan’s forces. As is the way of the guerilla, Shivaji’s forces bade their time and did not show their hand even when the Mughal forces were at the base of the Pass, thus convincing the Mughals that their passage through Umberkhind would remain uncontested.

With his deployment along the forest and the escarpment leading up to the Pass, Shivaji ensured that his forces were deployed along the length of Kartalab Khan’s Army and ready to strike at short notice. As soon as the Mughal Forces started climbing up from the base of Umberkhind and therefore were committed along that route with no escape possible, the Maratha forces commenced the assault by hurling boulders onto the foot soldiers and cavalry, resulting in disarray. Soldiers were then picked off at will by Shivaji’s ‘invisible’ archers and musketeers, with the Maratha swordsmen completing the rout! In less than half a day, Kartalab Khans’ forces were routed, forcing the Mughal General to surrender. Shivaji agreed to the surrender provided the Mughal Army left behind all possessions and weapons, which the Maratha forces collected after the Mughals had left behind and then moved back to Rajgad. 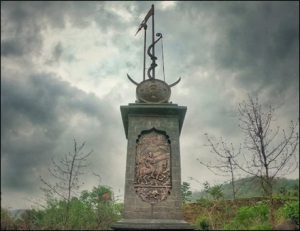 The battle of Umberkhind witnessed Kartalab Khan losing close to 500 men, while Maratha casualties numbered only one-tenth that figure! The battle of Umberkhind was followed by the battles of Surat and Purandar in quick succession-the former also resulting in a Maratha victory while the latter, though it resulted in defeat for the Marathas, stands out as an example of Maratha bravery. Emboldened by the success of guerilla tactics, Shivaji employed these tactics in many similar skirmishes thereafter, including his famous infiltration into Poona  (Pune) with 200 men in April 1693, when he managed to kill almost all of Shahista Khan’s kin, the latter himself narrowly escaping this fate. The rout at Umberkhind salvaged the Konkan, as the Mughals gave up their plans to conquer this region, lest they met with similar fate in the ghats that abound there!

The battle of Umberkhind is considered one of the great victories in Chhatrapati Shivaji’s reign and is commemorated every year since 2001 on 02 February. The careful planning that went into this operation is legendary. Shivaji’s deftness at information warfare was displayed as he knew that Kartalab Khan’s singular mission was to bring the Maratha forces to battle- a fact that Shivaji took advantage of as he repeatedly fed Kartalab Khan’s forces with inaccurate information about his whereabouts, leading to many unsuccessful attempts by Kartalab Khan to encounter him. Shivaji then carefully chose his inputs to Kartalab Khan to bring him to Umberkhind- familiar ground for the Marathas, at a time of Shivaji’s choosing. The location for battle was aptly chosen, since the constricted terrain did not allow the Mughal forces to take advantage of their superior numbers, while enabling the Marathas to employ the guerilla tactics they were adept in. Shivaji’s preparation for the battle was deliberate, in which the weapons and soldiers were chosen to drive home the advantage of stand-off warfare in broken and harsh terrain.

Unconventional strategy and tactics in warfare, though fraught with risk, have always yielded disproportionate dividends. Chhatrapati Shivaji’s planning for and execution of the battle at Umberkhind stands out as a shining example of astute planning, diligent preparation and flawless execution, to decisively win a battle against a numerically superior and better equipped force, which, unfortunately for the Mughals, did not cater for the diktats of terrain in preparing and equipping themselves for battle.