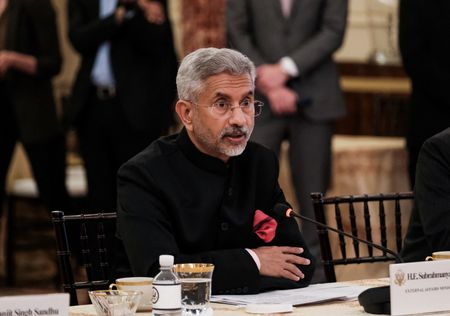 India’s Foreign Policy is changing. Not towards non-alignment, as most foreign commentators have written, but towards ‘alignment’ with India’s interests …as well as common sense.

On April 11, during the 4th edition of the India-US 2+2 Dialogue, External Affairs Minister Dr S. Jaishankar told a reporter, who had raised the issue of Indian oil purchases from Russia: “I noticed you referred to oil purchases. If you are looking at energy purchases from Russia, I would suggest that your attention should be focused on Europe. …We do buy some energy, which is necessary for our energy security. But I suspect looking at the figures; our total purchases for the month will be less than what Europe does in an afternoon. So, you might want to think about it.”

In the recent weeks, a host of western dignitaries rushed to Delhi to convince the Modi government to side with their views on the regrettable Ukraine war, this included Boris Johnson, the British Prime Minister and Ursula von der Leyen, President of the European Commission.

They were all explained India’s balanced views on the issue.

Referring to the Ukraine war, the Minister added that “the best way forward is to focus on stopping the fighting, getting the talking [on] and finding ways of moving forward. We think our choices, our positions are best placed to advance that,” he concluded.

He also said that the Western powers have been oblivious to many pressing challenges in Asia, including last year’s developments in Afghanistan.

He could have added the happenings in Ladakh during the past two years, which have not bothered the Western countries in the least.

The PM in Germany

Then the Prime Minister embarked on a three-nation European tour.

He first landed in Germany where, with Chancellor Olaf Scholz, he co-chaired the 6th India-Germany Inter-Governmental Consultations (IGC). During his introductory remarks, Modi said: “Today, we are pursuing the Indo-Germany Partnership on Green and Sustainable Development. India has shown to the world that green and sustainable growth is an article of faith for us, by raising its climate ambition in Glasgow. …Today, we have decided to combine our experiences and work on joint projects in third countries through trilateral cooperation. Our cooperation will provide an alternative to transparent and sustainable development projects for the developing world.”

It was another occasion for India to reaffirm her position on the conflict in Ukraine and despite different perceptions, the German host had to listen.

The most telling part was the invitation from Chancellor Scholz to the Indian Prime Minister to be a special guest at the G-7 summit in the Bavarian Alps from June 26 to June 28.

Analysts believe that it was part of an effort “to forge a broader international alliance against Russia”, but for India it will be an occasion to present her more measured views; leaders of Indonesia, South Africa and Senegal may also attend.

At first, Scholz was undecided to invite Modi, due to India’s reluctance to condemn Russia’s invasion, but according to Bloomberg: “The German government wants to strengthen bilateral ties with India in the coming years and also supports the European Union’s efforts to embrace the country by offering economic incentives which could help it rethink its ties to Russia.”

The Indian Prime Minister then moved to Copenhagen, Denmark to hold bilateral meetings with Nordic leaders as well as the Second India-Nordic summit.

Watching a video of Modi walking with his Danish counterpart Mette Frederiksen on the lawn of the latter’s residence showed the proximity and even a warmth between the two leaders, who may have different perceptions on many things, but are ready to listen to each other.

Considering the usual viciousness of the Western press against Narendra Modi, this is a welcome development, which hopefully will be noticed (if not by the media, at least by other governments).

Bilaterally, the Indian delegation talked about ways to further deepen bilateral ties and they also exchanged views on regional and global developments, i.e. Ukraine: “As members of the UN Security Council, India and Norway have been engaging with each other in the UN on global issues of mutual interest,” added a MEA statement.

It was indeed an excellent opportunity to discuss ‘global issues’ with the four lady Prime Ministers and the Norwegian PM and explain New Delhi’s views of the current crisis in Ukraine.

Next (and last) stop was in Paris: “Delighted, as always, to meet my friend President @EmmanuelMacron. We talked at length about bilateral as well as global issues. India and France are proud developmental partners with our partnership spread across different sectors,” tweeted PM Modi. A photograph of Modi and Macron hugging each other, accompanied the message.

The spokesperson of the Ministry of External Affairs Arindam Bagchi said that both leaders “had a warm and detailed conversation. Agreed on an ambitious agenda for the next phase of the India-France Strategic Partnership. Underlined that the India-France partnership is a force for peace, progress and prosperity.”

Macron had visited India in March 2018 and due to the pandemic, he could not return 2019 Modi’s visit.

Already in 1998, President Jacques Chirac and Prime Minister Vajpayee had signed an ambitious strategic partnership which over the years has developed into a solid and multifaceted partnership in a number of domains such as defence, civil nuclear, economy, space and maritime security, clean energy and environment, counter-terrorism, scientific research, education, culture and people-to-people ties.

When Modi reached Paris, Macron had just been reelected for five years as President of France. Quoting diplomatic sources, India Today observed: “PM Modi’s meeting with Macron days after his election victory is highly symbolic. It sends a powerful signal that the two leaders want to make the Indo-French partnership a guiding principle of their foreign policy for the years to come.”

Regarding the hostilities in Ukraine, India and France called for “an immediate cessation of hostilities”.

“France and India expressed their deep concern over the humanitarian crisis and the ongoing conflict in Ukraine,” said in a joint statement after talks and a working dinner: “Both countries unequivocally condemned the fact that civilians have been killed in Ukraine, and called for an immediate cessation of hostilities in order for the two sides to come together to promote dialogue and diplomacy, and to put an immediate end to the suffering of the people.”

Modi asserted that India believes “no country would emerge victorious in the Russia-Ukraine war, as all will suffer losses and there will be a ‘more serious’ impact on developing and poor countries.”

Last, but not the least, one should mention the ‘challenges’ in the Indo-Pacific (in other words, China flexing its muscles in the region), on which both Paris and Delhi agreed to work unitedly.

What is required to take the collaboration a step deeper; one possibility would be a joint advanced project between Paris and Delhi such as the one offered by Boris Johnson during his recent visit to India; the British Prime Minister agreed to work with Delhi on the sixth-generation Tempest Future Combat Air System program. The Eurasian Times explained: “The Tempest will be a sixth-generation jet fighter with deep learning AI, the potential to operate unmanned, swarming drones, directed-energy weaponry, a virtual cockpit in the helmet, and hypersonic missiles, among other features.”

Something similar could be done with France.

All this put together shows that India can today have an independent foreign policy and that even if it differs from other nations’ perceptions; it does not hinder the existing bilateral relations; on the contrary, and hopefully, it will contribute to the peace in the world.

During the Raisina dialogue, Jaishankar resumed this; he affirmed that the West needs to put behind the idea that India needs the approval of other countries. “We have to be confident about who we are. I think, it is better to engage the world on the basis of who we are rather than try and please the world as a pale imitation of what they are. This idea that others define us, somehow we need to get the approval of other quarters, I think, that is an era we need to put behind us.” It is indeed the need of the hour.

May 12, 2022
Our foreign policy is only as meaningful as the cash we have in the bank (GDP growth rate, the support for business activities and innovation, reduction in needless legislation, law and order and rule of law, the reduction in government bureaucracy, extortion rackets, and corruption). We can say and announce what we want; we are taken seriously by those richer and more powerful than us only if we are growing, transforming, and more importantly winning against our foes (a foreign policy of a loser that does not respond to Pakistani terrorism is meaningless). It is clear that we are transforming for the better. One challenge for Mr. Jaishankar is that he is often the smartest person in the room, and he has to field incredibly inane and stupid questions asked of him by western journalists. His answers are deeply intelligent, they do not get it. They are incapable, for the most part, of any nuanced, deep understanding - their trade craft is limited to sound bites. For instance, he was asked whether India is getting more communal; is the government polarizing people based on religion. His answer was brilliant. He said that the power is shifting from Delhi (babus, bureaucrats, thugs) to small towns, villages, cities. I.e., it was not a supplicant, corrupt Congress that sought validation from Pakistan, appeased to the Islamic world, engaged in revising history, sold us to the leftists, and kept the country poor, fearful and weak - but the average citizen is getting to speak, engage, and determine local destiny. What an insightful answer. People, he was saying, are saying what it is - not Modi. He was saying that democracy is working in India. It is. Yet, no one understood him. All I want is this present situation of Modi-Jaishankar-Doval-Gadkari-Sitharaman-Rajnath to continue for a while. Our foreign policy can transform only as much as our socioeconomy does. I trust this group more than others.