Zero tolerance for terrorism in all its manifestations ‘must’: India at SCO meet 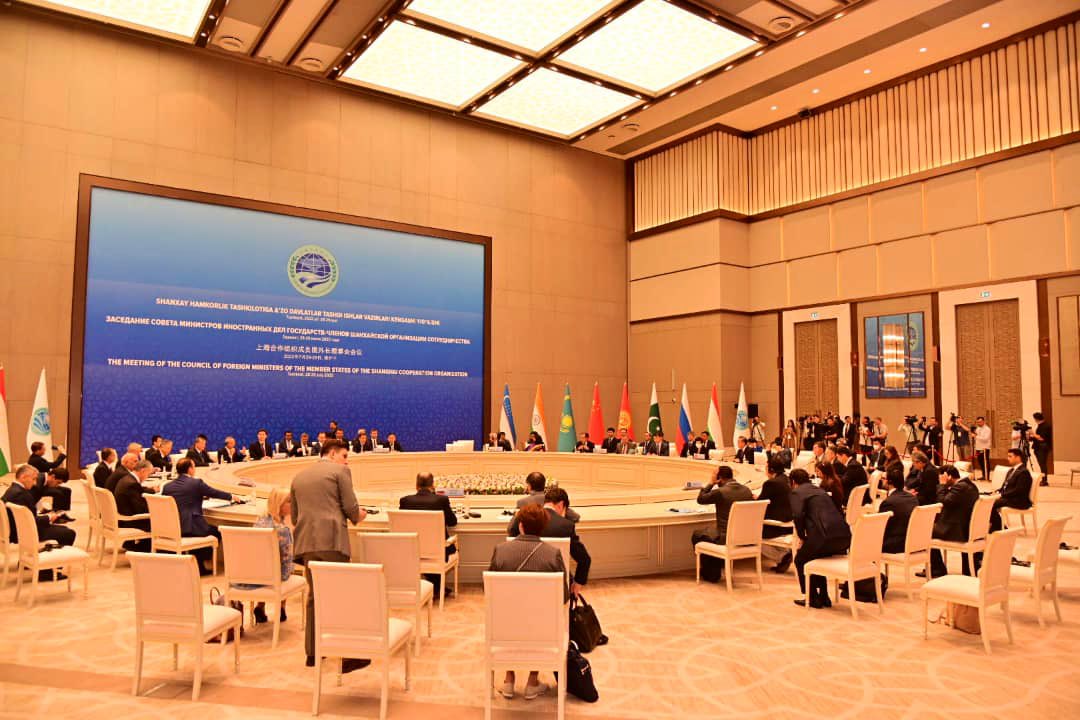 New Delhi, Jul 29 (PTI) There is an urgent need to address the global energy and food crisis triggered by disruptions from the COVID-19 pandemic and the Ukraine conflict, External Affairs Minister S Jaishankar said at a meeting of the SCO in Tashkent on Friday.

With Chinese Foreign Minister Wang Yi, Russian Foreign Minister Sergey Lavrov and his Pakistani counterpart Bilawal Bhutto listening, Jaishankar said “zero tolerance” for terrorism in all its manifestations is a “must”. In his address at the foreign ministerial meeting of the Shanghai Cooperation Organisation (SCO), he also underlined the potential of the Chabahar port in Iran for the economic future of the grouping.

Talking about the current global challenges, Jaishankar said the response required includes resilient and diversified supply chains as well as reformed multilateralism. The external affairs minister reiterated India’s position on Afghanistan and highlighted its humanitarian support to the war-torn country including the supply of wheat, medicines, vaccines and clothing.

The major highlights of the deliberations included a decision to grant permanent membership of the bloc to Iran and make Egypt, Qatar and Saudi Arabia its dialogue partners. The ministers also supported the applications of Bahrain and the Maldives for the status of SCO dialogue partners.

The meeting also reviewed preparations for the upcoming summit of the grouping in Samarkand which is expected to be attended by Prime Minister Narendra Modi and other leaders of the eight-nation grouping.

“Participated in the SCO Foreign Ministers’ Meeting at Tashkent. Highlighted that world faces an energy and food crisis due to disruptions from the Covid pandemic and Ukraine conflict. This needs to be urgently addressed,” Jaishankar tweeted. “Response required includes resilient and diversified supply chains as well as reformed multilateralism. Zero tolerance for terrorism in all its manifestations is a must,” he said. He said India will give the “fullest support” for the success of the Samarkand summit. “Reiterated India’s position on Afghanistan and highlighted our humanitarian support: wheat, medicines, vaccines and clothing.

Underlined the potential of Chabahar port for SCO’s economic future,” Jaishankar said in another tweet. Jaishankar said the meeting was “very useful” in preparing for the Samarkand summit. “Spoke of the economic progress in India, stressing the relevance of startups and innovation. Cooperation in traditional medicine is in the common interest of SCO members,” he added.

Uzbek news agency Dunyo reported that the ministers also supported the applications of Bahrain and the Maldives for the status of SCO dialogue partners. It said the SCO was also actively studying the application for full membership in the bloc by Belarus. “There is a common understanding that the replenishment of the ‘SCO family’ will give a significant impetus to multifaceted interaction in the field of regional security, trade, investment and industrial cooperation,” acting Minister of Foreign Affairs of Uzbekistan Vladimir Norov said.

He said it will contribute to the further development of the huge transport and transit potential in the space of the organisation. The SCO, seen as a counterweight to NATO, is a key economic and security bloc and has emerged as one of the largest transregional international organisations.

India and Pakistan became its permanent members in 2017. SCO was founded at a summit in Shanghai in 2001 by the Presidents of Russia, China, Kyrgyz Republic, Kazakhstan, Tajikistan and Uzbekistan.

India has shown keen interest in deepening its security-related cooperation with the SCO and its Regional Anti-Terrorism Structure (RATS) which specifically deals with issues relating to security and defence.

India was made an observer at the SCO in 2005 and has generally participated in the ministerial-level meetings of the grouping which focus mainly on security and economic cooperation in the Eurasian region.