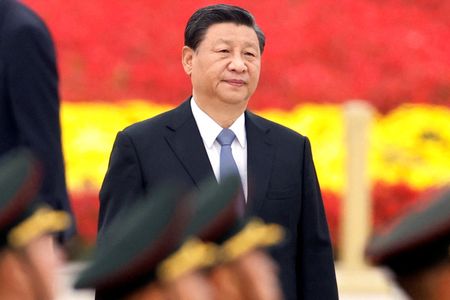 Chinese President and General Secretary of the Chinese Communist Party (CCP), Xi Jinping, promoted seven officers of the People’s Liberation Army (PLA) to the rank of General on January 21, 2022, the highest rank for serving officers in China. Viewed as a way to gain the loyalty of rising stars in the military, Xi has broken the PLA record for promotions by elevating 38 officers to the rank of full Generals since 2019. These promotions are also an indication of insecurity.

This is the third time since July 2021 that such a ceremony to promote officers to the rank of General has been held. In the past, there was normally only one round of promotion as full Generals in a year – around Army Day on August 1. Given the upcoming 20th National Party Congress towards the end of 2022, where Xi Jinping is likely to be appointed as General Secretary for an unprecedented third term, promotions in the PLA could be viewed as aiming to bolster Xi’s support before the Party Congress. Critics have also said that these promotions have less to do with military leadership and capability, and more to do with loyalty towards Xi.

During this series of promotions, Wang Haijiang’s promotion evoked interest. His appointment as the Commander of the WTC, replacing Xu Qiling, meant that the theatre that looks after the border with India has had four commanders in 10 months. These quick changes, not seen in other theatre commands, probably means that Beijing was trying to find the best fit for this theatre and was having some difficulty. The standoff with India along the Line of Actual Control had created a grave situation and Beijing wanted the best and the most trusted commander in-charge. The optics of frequent changes were irrelevant.

Implications of the January 2022 Promotions

Apart from the promotions aiming to further cement Xi’s position in China, there are three interesting points to note:

First, out of the seven promoted, five are political work cadres who are of equal status with the military commanders in their regions. The Political Commissars embody the ‘party commands the gun’ principle of the CCP. Amongst others, their duties include implementing decisions made by the party committee, providing political education to the troops within their organisation, and instilling party discipline among members and supervising officials at the same level. Critics have stated that Xi, despite his purges in the military, does not yet have the complete support of the military. Therefore, Xi Jinping’s replacement of Political Commissars can be interpreted as promoting reliable and loyal officers to watch over the PLA during this sensitive time.

Second, the Central Theatre Command, which is responsible for Beijing and the neighbouring provinces of Tianjin, Hebei, Shaanxi, Shanxi, Henan, and Hubei, has seen a change in both the Commander and Political Commissar. A dual change at the leadership level of the command indicates the importance Xi attaches to securing the capital and the neighbouring areas with his own people before the Party Congress. The argument for this observation is further bolstered by the fact that Lin Xiangyang, the previous Commander of the theatre had been appointed in August 2021, holding the position for less than a year.

Third, on January 22, a day after the promotion ceremony, Politburo member and Vice Chairman of the Central Military Commission (CMC), Zhang Youxia, declared that the PLA would further consolidate loyalty to the party and vowed to continue the anti-corruption campaign to show support before the Party Congress. Addressing a meeting of the CMC Discipline Inspection Commission, he added that it was necessary to deeply understand the spirit of President Xi’s important instructions and resolutely implement the policy of comprehensively and strictly governing the party. Zhang, who is known to be personally close to Xi, also stressed that ‘all levels should firmly maintain the core’, referring to Xi Jinping. All these political instructions will be now carried out by the newly appointed Political Commissars.

Ultimately, as Chinese politics enters an interesting year, the promotion of 16 Generals since July 2021 indicates that Xi Jinping will be taking no chances as he firmly consolidates his position across the CCP and the military. 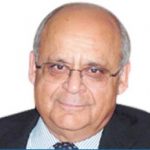 Vikram Sood was a career intelligence officer and headed the Research and Analysis Wing (R&AW), India’s external intelligence agency. He is the author of ‘The Unending Game – A former R&AW Chief’s Insights into Espionage’ and ‘The Ultimate Goal – A Former R&AW Chief Deconstructs How Nations Construct Narratives’...   Shantanu Roy-Chaudhury, is a foreign affairs analyst who works on China.