Why Afghanistan’s fall is compared with Vietnam? 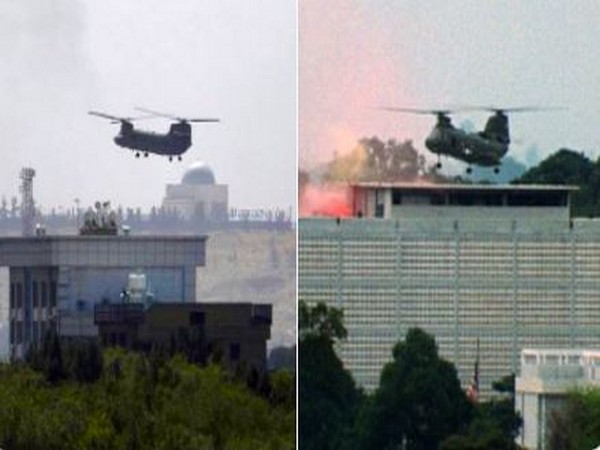 Washington [US], August 18 (ANI): After the fall of Afghanistan to Taliban, many drew parallels with the situation in Vietnam from half a century ago in which the US war collapsed into ultimate ruin.

Social media was abuzz with a photograph of a single helicopter perched precariously upon the rooftop of a building in Saigon rescuing desperate people and similar scenes of desperation was witnessed after Taliban overtook Kabul.

An investigative journalist Stefan Simanowitz tweeted pictures that showed resemblences between images of the US evacuation in Saigon in 1975 and those in Kabul in 2021.

Andrew Wiest, writing in The Washington Post said that This conjures up a dramatic scene from a half-century ago — one that told a sobering story of a wartime failure that once seemed unimaginable. A single helicopter sat precariously on a Saigon rooftop in 1975, rescuing desperate stragglers as the war in Vietnam collapsed into ultimate ruin.

Most Americans were shocked at the rapidity of South Vietnam’s demise, those who had followed the unfolding of the war closely knew that the end was coming.

They also knew its cause: The United States hadn’t helped build a sustainable South Vietnamese government and military, something that seems to have happened again in Afghanistan.

The same fallacy was repeated in Afghanistan. US capacity-building efforts were always deeply inadequate. The United States consistently sought shortcuts, such as opting to train “Afghan local police,” which Afghans more accurately called militias. Unlike training Afghan police, which was more resource-intensive and provided by contractors, training these militias was still dependent on contractors but less so, Foreign Policy reported.

The US made the same mistake in Vietnam when it turned its eye to the creation of a South Vietnamese military that was a smaller carbon copy of its own — a military based on lavish use of firepower and endless supplies. In short, it would be a rich nation’s military.

The result was a military, dubbed the Army of the Republic of Vietnam (ARVN), which won battles on the strength of massive US-supplied firepower. But the ARVN was never linked closely enough to its people or nation, and it wasn’t sustainable, says Wiest.

Everyone from the CIA in 1968 to Gen Creighton Abrams, commander of US forces in South Vietnam, in 1969 to President Richard M Nixon in 1972 acknowledged that South Vietnam was too fragile to survive without US military support, reported The Washington Post.

As Nixon and national security adviser Henry Kissinger plotted America’s exit from the war, Kissinger agreed with his boss’s assessment that it would doom South Vietnam but added that the country was a backwater and “no one will give a d–n.”

So it was that in 1973, after over a decade of battlefield victories but with no end to the war in sight, the United States ended its war in Southeast Asia, said Wiest.

Ironically, this was again repeated in 2021, when present US President Joe Biden made it clear that America’s “forever war” would be completed by August 31 in Afghanistan even after US intelligence predicted Afghan military collapse.

After the helicopters left Saigon in 1975, America did its level best to forget the lessons of our misbegotten adventure in Southeast Asia. The military pivoted to technology and manoeuvre to win short sharp wars, hoping never to face a war like Vietnam again, reported The Washington Post.

But in Afghanistan, a war that began quickly after the terrorist attacks of Sept. 11, 2001, the United States again confronted a long war without front lines.

In another eerie parallel to Vietnam, the conflict occurred in a place few Americans understood in service of a nation that had a little hold over its own people and alongside an Afghan military of dubious ability and motivation, says Wiest.

Many battles were won, and an Afghan army was created that mirrored our own. But those victories and that military sat atop a rickety national structure, one full of corruption. Afghan politicians commanded little loyalty from the public, and the government collapsed in a matter of days without US support.

The lesson of Vietnam — and Afghanistan — is that the United States can’t win wars for nations with weak governments battling against internal turmoil and external threats, says Wiest. (ANI)

Aug 18, 2021
withdrawal of US forces should have been after establishment of democracy and main calpit was president Gani .