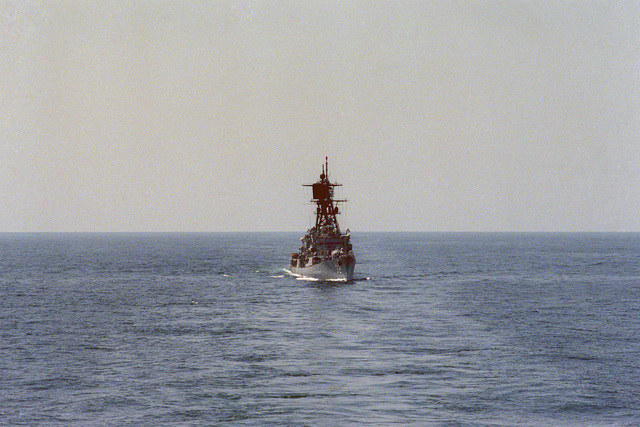 A lot of hue and cry was raised in media today as soon as USA announced that it conducted patrols in the Indian Exclusive Economic Zone (EEZ) in Arabian Sea this week, without seeking any prior consent, to assert its `navigational right and freedoms’. The statement came on Wednesday that it carried out the patrols 130 nautical miles west of  Lakshadweep Islands. Though such type of activities have been happening in the past as well, what surprised many is the direct and almost undiplomatic language used which states, ““India requires prior consent for military exercises or maneuvers in its exclusive economic zone or continental shelf, a claim inconsistent with international law. This freedom of navigation operation (“FONOP”) upheld the rights, freedoms, and lawful uses of the sea recognized in international law by challenging India’s excessive maritime claims.” The statement emphsizes that prior consent was not obtained and goes on to say, “We conduct routine and regular Freedom of Navigation Operations (FONOPs), as we have done in the past and will continue to in the future.” The US Navy release categorically states that the USS John Paul Jones “asserted navigational rights and freedoms approximately 130 nautical miles west of the Lakshadweep Islands, inside India’s exclusive economic zone, without requesting India’s prior consent, consistent with international law”.

The UN Convention of the Law of the Sea (UNCLOS) defines Exclusive Economic Zone (EEZ) as the area “200 nautical miles from the baselines from which the breadth of the territorial sea is measured”. The countries interpret this defenition differently and have passed domestic laws to support their claims. India and China are among those countries which insist on demanding greater control over foreign military activities in their exclusive economic zone (EEZ). When it ratified UNCLOS in 1995, India declared that it was its understanding that the convention did not “authorize other states to carry out in the EEZ and on the continental shelf military exercises or maneuvers, in particular those including the use of weapons or explosions, without the consent of the coastal state.” While formulating its national law, India had set a condition that states seeking to carry out military activities in India’s EEZ must provide prior notification.

The US regularly carries out intelligence and survey missions in India’s EEZ. There have been representations made in past, but the government and Indian Navy preferred to tow a softer line so as to maintain cordial relations with USA and achieving the common goal of a free Indo Pacific. USA publishes its FONOPS report annually and in some years India figures in the list where it has undertaken patrolling in the EEZ of other countries. But the latest statement released has caught many by surprise, especially both nations are actively pursuing free Indo Pacific and cementing the Quad alliance, primarily aimed at containing China. The statement comes at a time when a Quad Plus Naval exercise involving Indian and US ships have just concluded in Bay of Bengal. The strongly worded US Navy release has not gone down well with the defence ministry or the external affairs ministry.

MEA has released a measured statement in response which reads, “The Government of India’s stated position on the United Nations Convention on the Law of the Sea is that the Convention does not authorise other States to carry out in the Exclusive Economic Zone and on the continental shelf, military exercises or manoeuvres, in particular those involving the use of weapons or explosives, without the consent of the coastal state. The USS John Paul Jones was continuously monitored transiting from the Persian Gulf towards the Malacca Straits. We have conveyed our concerns regarding this passage through our EEZ to the Government of U.S.A through diplomatic channels.”

Apr 12, 2021
India should walk out of the QUAD because US is just going to use India against China. And India does not need the US anyway.

Apr 10, 2021
The Indian navy should have given warning shots. We must understand that america needs us and not the other way round to contain china. So america should get its act right.