US-India 2+2 – Navigating Bumps Along the Road 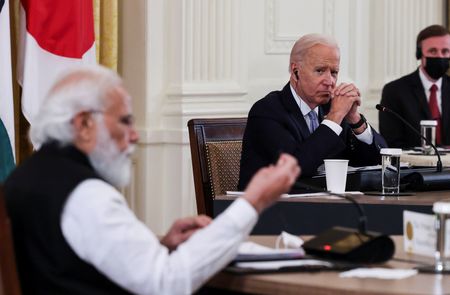 US-India ties have progressed at a rapid pace in the past few years, mostly due to rising defense trade and increasing geopolitical convergences. But with deepening ties also come rising expectations. However, recent divergences should not overshadow long-term strategic convergences. The upcoming 2+2 offers the two countries an opportunity to reflect upon and continue the upward trajectory of the relationship. While the United States needs to be more understanding of India’s independent stance, India must also realize its future lies with the West.

From natural allies to strategic partners

US-India ties have come a long way and defense ties have played a crucial role as evidenced by the impressive defense pipeline. US-India defense trade which was near zero in 2008, today boasts an impressive pipeline of over $20 billion.

Common challenges and alignment of interests in the Indo-Pacific and the Indian Ocean have further brought the two countries closer together with the US being India’s top military exercise partner, partner of choice for high-level exchanges, and a co-partner in the Quad. With the four foundational agreements signed and the two countries increasingly working towards interoperability, the relationship has evolved to one of strategic importance for the future.

Today, the US-India relationship is not merely that of natural allies who have common values, rule of law, democracy, and strong people-to-people ties. The relationship has evolved and expanded to include cooperation in many strategic areas like defense, emerging technology, climate change, and more. While US-India commercial ties have been marred by tariff wars and protectionism, bilateral trade, and services trade, in particular, has stayed steadfast bolstering commercial and business ties.

Navigating differences and looking toward the future

As new friendships deepen, differences arise. The two countries must figure out ways, privately to navigate these differences and focus on areas of short-term and long-term convergence. The Russia-Ukraine war is neither the first nor possibly the last area of divergence between the two partners. Figuring out ways to work together despite differences will be crucial.

The United States has been aware of India’s independent stance and been quite understanding in the recent past as seen from the signing of the US-India nuclear agreement, granting India STA-1 Status despite it not being a NATO ally, and recognizing India as a “major defense partner.”

In the context of the Russia-Ukraine war, while much of the public messaging has been understanding of India’s historic ties with Russia and India’s national interest, comments such as those made by Deputy NSA Daleep Singh, White House spokesperson Jen Psaki, and most recently by economic adviser Brian Deese do not auger well with the Indian public and possibly weaken Indian public support for the relationship. Instead, the United States should engage with India privately while maintaining a positive and understanding messaging of the relationship publicly as done by Assistant Secretary of State Don Lu and others.

The United States should also think of India’s relationship with Russia as an asset rather than a liability.  Most importantly, as India gears up to receive delivery of the Russian S-400 systems, the United States needs to provide more clarity on India’s CAATSA waiver eligibility. As experts including myself have pointed out, CAATSA sanctions can upend the positive upward trajectory of our relationship, stall our collective efforts in the Quad, and push India closer to Russia. Although India’s independent stance on the Ukraine-Russia issue makes it harder to galvanize support for a waiver in Washington DC, the waiver call is ultimately with the President. Moreover, any further sanctions on Russia should also be mindful of their secondary effects on allies and partners like India.

The Ukraine-Russia war has put India on a tight rope, not only due to the need to balance its historical ties and present dependence on Russia but also due to the necessity to balance China through its relationship with Russia. One way India could make its predicament an opportunity is by effectively playing a mediatory role in the conflict which will elevate its own position on the global stage and possibly silence disappointments regarding its non-stance on the whole issue. However, despite the calls between Prime Minister Narendra Modi and President Zelensky and the diplomatic traffic jam in Delhi, India has not emerged as a key mediator in the conflict.

Further, as India hopes to take a more proactive role on the world stage concurrent with its ambitions of being a vishwaguru, it will have to be more vocal. While India can and should avoid getting into formal military alliances, a more proactive international role will mean the world expects India to have an opinion and a stand on issues of international importance. For now, India’s condemnation and call for an investigation into the civilian killings in Bucha, and continued humanitarian support to Ukraine are steps in the right direction.

But the world will expect more from India as India continues its rise and intensifies its relationship with the West. It is also in India’s interest to hedge its bets with an eye to the future rather than the past. The historic and important “all-weather” relationship shared by India and Russia cannot ignore Russia’s own dependencies on China.

Besides, India’s present cultural, people-to-people, trade, technological, and other ties are closer with the United States than Russia. Defense ties are the crucial element in the present Indo-Russian ties and as experts have pointed out, the present war and sanctions can further delay the delivery of spares, follow-on, and capital acquisitions. All this will naturally fuel India’s existing plans to diversify and Make in India.

The upcoming 2+2 is significant due to its timing. Although the deliverables from the fourth 2+2 may not be as impressive, its significance cannot be ignored. At a time when the US-India relationship is undergoing visible strains, the dialogue serves as an important signaling mechanism to show that the two countries are continuing the momentum in their relationship.

The inaugural 2+2 dialogue was held in New Delhi on 6 September 2018. and resulted in multiple agreements that furthered India-US defense ties. Notably, one of the four foundational agreements was concluded – the Communications, Compatibility, and Security Agreement (COMCASA). The two countries also agreed to their first tri-service exercise – “Exercise Tiger Triumph.”

The third 2+2 was held in October 2020 in New Delhi. The focus of the dialogue was Covid-19 cooperation, although the two sides did conclude the fourth foundational agreement – Basic Exchange Cooperation Agreement for Geospatial Cooperation (BECA). BECA intensifies air force to air force collaboration and improves the accuracy of Indian air capabilities by providing access to US geospatial data and maps.

With the four foundational agreements done and dusted, the focus remains on operationalizing them and further strengthening interoperability. However, this 2+2 will likely be overshadowed by the Russia-Ukraine crisis. The 2+2 serves as a great opportunity for the two sides to show a common, strong front and manage divergences and expectations with a view to present and future convergences. 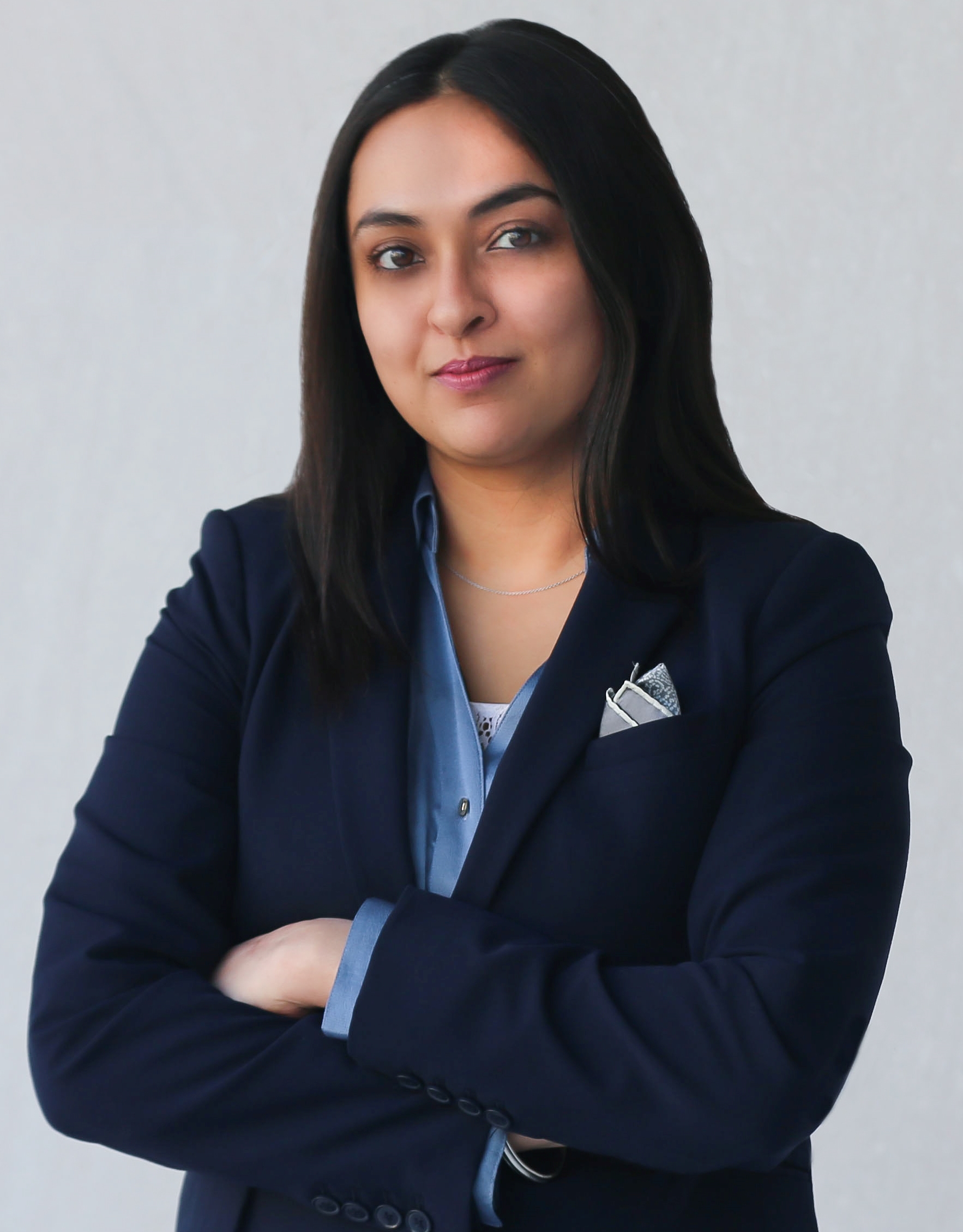 Apr 10, 2022
We are making more of it than necessary. We rely entirely on the blood and sacrifice of our braves; that is it. We do not take care of them, support them, train them, arm them, give them equipment that works, or have logistical operations that can aid them. The whole nation is beholden to these fine people. India's military power is not taken seriously as we like to believe, the whole world has seen that we cannot deter Pakistani attacks, we cannot really deter Chinese incursions, we conduct retaliatory attacks as if we fear making public what we really did (Pakistan denies that they were ever attacked), and we do not have much in terms of operational or strategic excellence on either of our borders. While the first sixty odd years of our existence were characterized by a kleptocratic government that ensured people were poor, and entirely fearful, what we created is a fearful government given to hubris. Does anyone in their right minds think that US takes India seriously when we cannot immediately apprehend a rag tag bunch of teenagers loose in Mumbai, killing people in train stations, hospitals and hotels? What if they were a crack regiment of paratroopers from Pakistan? If we want to be taken seriously, we might want to temper our hubris, and produce some significant losses of the kind Pakistan regularly inflicts on us (without reason, killing of innocents, loss of property, supporting of insurgencies, control of the underworld in major cities). For instance, can we stop and frustrate Pakistani missile tests? The QUAD and other things are temporary, they are political maneuvers, they are one of convenience, and no one with credibility should think they mean much. No, we will form no real partnerships that matter, but we will alienate everyone. Our only way out is by economic development (which is only possible when businesses can run without corruption), and by producing evidence for the whole world to see that we can deter (not merely retaliate in total secrecy) Pakistani and Chinese incursions. We are not doing any of these things now.