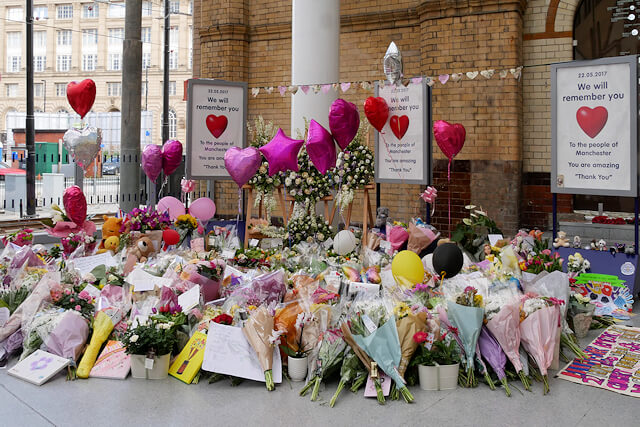 This article seeks to chart the evolution of the terrorist threat in Britain from jihadist actors, and to offer insight into the nature and character of a significant ongoing security challenge.

An inquiry and an inquest

In London, the inquest has opened this week into the 2019 murders of Jack Merritt and Saskia Jones, probation workers killed by Usman Khan, a convicted terrorist who had been released from prison and was attending a rehabilitation programme organised by Cambridge University. After studying courses designed to address his offending whilst in prison, Khan received a range of support services upon his release and was considered to have made progress by those working with him. The extent to which the authorities themselves actually believed this, is one of the issues to be assessed by the inquest. Having rampaged with a knife at a Learning Together event, Khan was eventually chased from the venue, and killed on London Bridge by armed police. In a sign of how familiar jihadist terrorism now is to Britons, this outrage came just two years after three jihadists killed 8 civilians in a vehicle and knife attack which began at the opposite end of the same bridge.

In Manchester, the public inquiry into the 2017 bombing continues under Sir John Saunders, who is tasked with investigating the deaths of 22 people in a suicide attack carried out by Salman Abedi. A Mancunian of Libyan heritage, Abedi targeted a concert by the American singer Ariana Grande. Of his victims eight were 18 or under, and the youngest, Saffie-Rose Roussos, was just 8 years of age. Abedi’s younger brother, Hashem Abedi was found guilty of murder, attempted murder and conspiracy to murder last year. The police also wish to speak to others about the attack, including the Abedi’s mother and father, who are believed to be in Libya. Abedi senior was a member of the Libyan Islamic Fighting Group, and one of the Libyan dissidents allowed to settle down in the UK in the period when Britain strongly opposed the rule of Colonel Gaddafi.

Salman Abedi and Usman Khan shed important light onto the story of British jihadism. Both were British, but had significant connections overseas – in Abedi’s case to Libya, in Khan’s case, Pakistan. Each moved in extremist circles in the United Kingdom, and were known to the authorities. Both sought the softest of targets at which to display their anger and hatred for the society they had grown up in. If terrorists, like guerrilla fighters, are fish who swim in the sea of the people, a challenge for the British government is the sheer number of young Sunni Muslims who are attracted to radical organisations and ideals.

In searching for the birth of radicalisation within Islam in the United Kingdom, the midwife was arguably the Rushdie Affair way back in 1989, when some British Muslims took to the streets to protest at what they saw as a blasphemous book – the Satanic Verses. The 1990s subsequently proved to be a decade of Islamism, as young Sunni Muslims swelled university Islamic societies, and radical groups such as Hizb-ut-Tahrir and later Al-Muhajiroun emerged. Some travelled to Bosnia and Kashmir to take up arms for their fellow Muslims, as the ideal of the ‘ummah’ (the global Muslim community) overrode indigenous concepts of adherence which had been traditionally rooted in class, town or nationality.

Whilst young activists sought to agitate and organise around a host of issues both domestically and internationally, two other trends could be discerned. The first was the development of an impressive Islamic infrastructure in the United Kingdom, with mosques, Islamic centres and representative organisations planting deep roots in Britain’s often decaying inner-cities. Noticeable in this period were exiles with lineage in organisations such as the Jamaat-e-Islami (JeI) in Pakistan and Bangladesh, or the Muslim Brotherhood in the Middle East, who worked hard to reproduce the type of ‘authentic’ Islam they had advocated in their home countries.

The second aspect was the concern of foreign intelligence agencies, police departments and governments about what the French termed ‘Londonistan’. This unflattering description was rooted in a belief that the British either did not grasp the scale of the threat posed by some of the exiled jihadists now resident in the United Kingdom, or, worse, did not particularly care. Complaints about the agitation of wanted exiles, often in groups more extreme than the JeI or Muslim Brotherhood, came from both authoritarian dictatorships like Egypt and Libya and liberal democracies such as France and Belgium.

From London to Afghanistan

It is sometimes claimed that in the 1990s an informal ‘covenant of security’ existed between the UK and jihadists, whereby they could live in Britain, free of arrest and allowed to agitate politically, provided they did not break domestic law. The existence of any such covenant is strongly denied by British intelligence agencies. Either way, it would have struggled to survive the 1998 African embassy bombings, or 9/11. The UK played an unfortunate part in Al-Qaeda’s 1998 bomb attacks, as Bin-Laden’s claims of responsibility were distributed around the world by fax machine from supporters in London. In the run up to 9/11, as the world’s journalists sought interviews with Osama bin Laden, they came first to London for vetting, before, as Peter Bergen and others did, travelling to the Afghan mountains. Britain’s first jihadist plot was interrupted in 2000, when Moinul Abedin was arrested in Birmingham for hoarding explosives, having earlier spent time at a terrorist training camp on the Afghan-Pakistan border. After 9/11 the authorities began to break up further networks, although often what was referred to as ‘Al-Qaeda’ in the media were actually Algerian or Franco-Algerian militants who had settled in north London to escape the attention of north African and French intelligence agencies. Londonistan was now a luxury the United Kingdom could ill-afford.

The Af-Pak route that Moinul Abedin had taken, was to become increasingly well-trodden. The prospect of ‘actually existing sharia’ in Taliban controlled Afghanistan, and the opportunity to train, and even fight, in Kashmir, influenced a small but not insignificant number of young British Muslims. In 2005 Britain was to experience western Europe’s first suicide bombings, when four young men carried out attacks on the London transport system, killing 52 civilians. It is not a coincidence that the two who recorded propaganda videos to be distributed after their deaths – ringleader Mohammed Siddique Khan and accomplice Shehzad Tanweer – had been in Pakistan in the year before the attacks. By the time of Prime Minister Gordon Brown’s visit to the Islamic Republic in 2008, the UK was in the bizarre position of admitting that three quarters of the terror plots it faced had their origin in Pakistan. In a reversal of conventional understandings of national security, the country was being threatened by its own citizens, in collusion with others, on the territory of an ostensible ally. 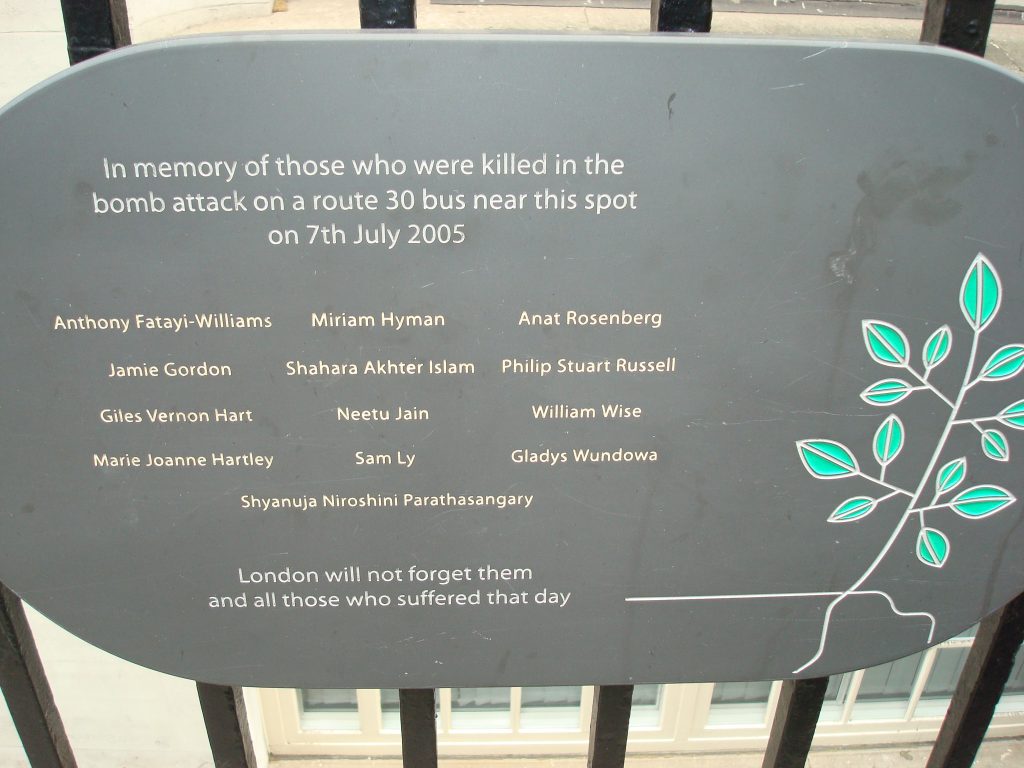 After 7/7, intense disruption of terrorist plots, combined with a mixture of sheer luck and incompetence, ensured no Britons were killed in a domestic jihadist attack until soldier Lee Rigby in 2013. But by then the focus of many young radicals was a second experiment in actually existing sharia – the territory controlled by jihadist fighters in Syria, and Iraq. It is estimated at least 1000 Britons left for what was to become Islamic State. Not all were fighters, with babes in arms travelling with their mothers, and many families. One British-Bangladeshi man from was 75 years old.

What next for British jihadis?

The military defeat of Islamic State has left an unknown number of British fighters trapped some distance from home, their dreams of an expanding caliphate now little more than dust. Some will no doubt resurface in the small groups of fighters opposing the authorities in Syria and Iraq, whilst others pace up and down in their cells, having been captured by the Kurds. Their fate is unknown, with the British government removing citizenship from those who were dual nationals – often of either Bangladesh or Pakistan. Indeed the latter country continued to be a destination of choice for British jihadis even during the Syrian conflict. Consider Muhammad Aftab Suleman, a dual national British-Pakistani from Manchester. He travelled to Syria with a charity in 2013, then moved to Islamabad to establish a production centre for extremist material. Returning to the UK, he was jailed in 2015 for terrorist offences. Or Dr Mirza Tariq Ali, a Pakistani born doctor in the National Health Service, active in the proscribed Al-Muhajiroun organisation in London. Fleeing London after being arrested for sectarian violence, he joined Tehreek-e Taliban Pakistan Jamaatul Ahrar, dying in a drone strike in 2015.

Britain is currently experiencing a lull from jihadist violence, largely facilitated by the restrictions on movement and association experienced with Covid19. But there is little to suggest this trend is permanent. The next Salman Abedi, or the next Usman Khan, are somewhere at home in an English city, or on a prison wing, dreaming of a life under the Qur’an and righting the wrongs suffered by the ummah. The trends which the UK first discerned in the late 1980s and early 1990s, have some distance to run yet. They are unlikely to be reversed by a public inquiry or an inquest. 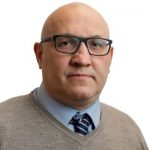 Dr Paul Stott is an Associate Fellow of the Henry Jackson Society in London, and a Research Fellow at the European Foundation for South Asian Studies. He tweets @MrPaulStott

May 02, 2021
In some ways jihadists are taking what is written in the Quran too literally and acting on it. The only way to stop such behaviour may be to edit out the inflammatory statements written in the Quran (or perhaps made by radical preachers) that motivate them. I think this could be achieved by a multi-faith commission censoring ALL published religious books (including the Bible and the Torah) and maybe by videoing religious services. These are Draconian steps, but I fear they have become necessary.