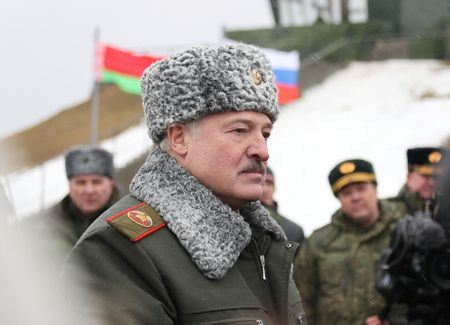 New Delhi, Mar 7 (PTI): Fearing a spill over of the war in Ukraine, Indians studying in neighbouring Belarus are getting ready to leave for India despite assurances from universities and local authorities to the contrary.

With the war in Ukraine entering its 12th day on Monday and tensions between Kyiv and Moscow showing no signs of easing, the students said there is panic in Belarus and their families in India too are concerned about their wellbeing. Putin announced a special military operation in Ukraine on the night of February 23. Belarus, the largest landlocked European country and bordering the two warring nations, has been accused of supporting Russia.

Sourav, a medical student at Belarusian State Medical University said he and his friends have booked flights to India for March 10. “We are worried because the war is not ending. When violence broke out in Ukraine, panic engulfed Belarus. There has been no violence in Belarus but everybody is worried. So, students have decided to leave the country,” he said. “We urged the university authorities to allow us to leave. Earlier, they denied the request saying there is no violence in Belarus. So, we decided to approach the (Indian) embassy (in Minsk). After the embassy talked to the university authorities, they allowed us to leave,” he added.

Sourav said some students have already left Belarus, while others are waiting to book tickets as their prices have doubled. The India embassy assured the students that those who choose to stay back “will be evacuated if the need arises”, he said. Talking to PTI over phone, Prafulla Chandran, a student coordinator in Kerala, said the students are worried and their parents’ concerns have prompted them to leave Belarus. “There is no violence in Belarus and everything is normal. Just that a few ATMs are unable to dispense cash. But students are still planning to leave the country. A few have left and several have booked tickets for the coming week,” he said.

Belarusian State Medical University and Gomel Medical University have allowed students to take four-week leave to go home, he said, adding that no online classes will be held and students will have to return to colleges to attend classes, Chandran said. There are nearly 1,500 Indian students in Belarus, he claimed. Chandran underlined that the students are leaving on their own and the Indian embassy has not arranged any flights.

When violence erupted in Ukraine, the Indian embassy in Minsk asked Indian nationals in Belarus to fill up forms providing important information, including their location, that may be helpful in case the need for evacuation arises. “Students are requested to continue following communication on the Whatsapp groups created for each University. Non-student members of the diaspora are requested to follow the WhatsApp group for the community,” the embassy had tweeted on February 24.

It pointed out that the US Consulate has issued an advisory asking its citizens to leave Belarus, “which reflects the gravity of the situation”. “We plead that similar plight as of Indian students in Ukraine should not befall our children,” the PAISB said.

Veera Kiran, whose daughter is a sixth-year medical student at Gomel State University in Belarus, said, “A few students have come back and several are coming back, they have booked tickets. We are concerned about the safety of our children. The situation might deteriorate in Belarus.” To evacuate its citizens from war-hit Ukraine, the Indian government has launched ‘Operation Ganga’ under which thousands of stranded people, mostly students, have been evacuated from nations bordering Ukraine’s western frontiers. However, the evacuation from the eastern part of Ukraine remains a challenge as it has been witnessing heavy shelling and airstrikes.

The Ukrainian airspace has been shut since February 24 due to the Russian military offensive.