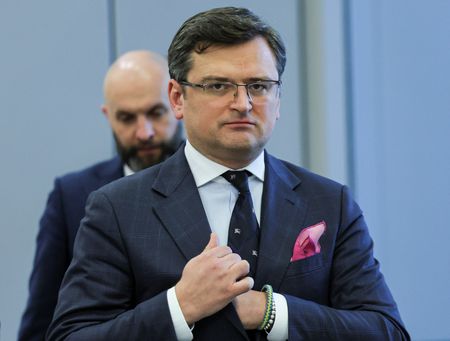 Davos, May 25 (PTI) Ukrainian Foreign Minister Dmytro Kuleba on Wednesday rejected the idea that Ukraine should give up territory for Russian President Vladimir Putin to save face and urged the global leaders to “kill Russian exports and stop buying from Russia”.

Speaking during a session at the World Economic Forum Annual Meeting here, he said, “Making concessions failed between 2014 and 2022, ultimately bringing us all the biggest war in Europe since the Second World War.” However, he insisted that this war is not a “copy-paste of any previous wars.” When asked about the possibility of a negotiated peace, Kuleba said: “If Russia had preferred dialogue to war, they would have behaved differently.” He said there is still an urgent need for weapon supplies. “When you are at war, you need everything, and as long as the war continues, more needs to be done.” Kuleba urged global leaders to provide more heavy artillery to Ukraine.

Later addressing a press conference, he said if Ukraine does not get heavy weapons, Ukrainians will get killed.

“If we do not get required weapons, we will face much more deaths and much more devastation,” he said.

During the session, he pointed out that the sanctions policy on Russia should be reconsidered.

He further said Russia will agree to any ceasefire only if Putin is one step away from losing the war.

“If we had an incapable state run by oligarchs, we would not have been able to sustain the pressure. Ukraine is open to building all necessary mechanisms that will ensure transparency of the use of outside resources allocated for the reconstruction of Ukraine,” he said.

He added that the world’s taxpayers should not pay for Russian aggression and the world should make Russia pay through seizure of assets.

On food and commodity shortages, Kuleba said those who may have believed the situation would only affect Russia and Ukraine are already feeling the pressure of the food crisis.

“If we allow President Putin to continue this military madness, the crisis will only deepen.” He further said, “We can’t afford to get complacent with the war.” The minister said the global leaders should remember that the price for every delayed decision is loss of life and loss of territory.

Kuleba also said while the situation is better than a month ago, countries should not drag their feet when making important decisions.

Asked about whether Ukraine will ever join NATO, he said: “We are focused on winning the war. This is the war for our existence and our identity. This is the war between Russia as a state and the people of Ukraine, and it is impossible to win a war against the people.”