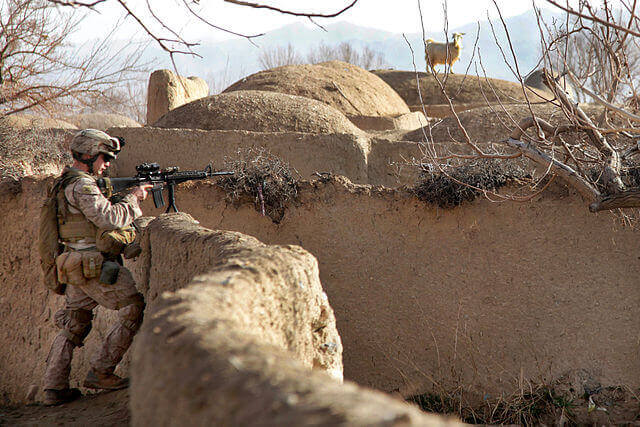 Who would have imagined, way back in 2001, when the US troops had landed in Afghanistan, that exactly two decades later, the Taliban would come back to reoccupy the country and that too before a complete withdrawal by the international forces?  The militia group now claims it controls “85 percent of the Afghanistan’s territory.”

Furthermore, who would have imagined the current scenario where the Taliban, backed by Pakistan in both standoffs, would force two superpowers: the US and Russia, whom it has comprehensively defeated, to engage with it in peace talks and follow its dictates at the negotiation table.

Recently, India’s Foreign minister S Jaishankar cautioned the world leaders about the “legitimacy” of Taliban rule over Afghanistan. He also reminded the validity of the “New Delhi-Moscow-Tehran partnership of the 1990s in support of the Ahmed Shah Masood’s Northern Alliance” during his recent summit in Moscow.

The ostrich approach adopted by the global leaders and the so-called custodians of democracy towards the current state of Afghanistan is perceivable, for it is anybody’s guess as to how long the current administration stays in power.  The irony is; a militia group is now assuring peace to some of the most influential global leaders – is this an indicator of a new world order? Only time will tell!

While announcing the end of the military mission in Afghanistan, President Joe Biden expressed his “faith in the Afghan forces” who were trained and equipped by the United States to defend the war-torn country from the insurgent Taliban.  However, recent reports suggest otherwise. More than 1,000 Afghan troops fled into Tajikistan after clashes with the Taliban, as the “insurgents amassed momentum on the battlefield.”

This exodus was not the first and may not be the last too.

In a report, the “Special Inspector General for Afghanistan Reconstruction (SIGAR), had said that, the US spent $88 billion to training, equipping and funding Afghan military and police forces.” So, what went wrong in rebuilding the Afghan National Defense and Security Forces (ANDSF)? Despite all the resources and training provided in the past two decades, the Afghan forces are not delivering on their mandate to “secure and stabilise their country themselves,” when needed the most.

The answer lies in the blunders that the US committed while reshaping the Afghan forces. As a US military contractor, I experienced the missed opportunities first-hand.

The three US blunders in rebuilding the Afghan forces.

1. ANDSF Needed More Experienced Commanders, not Less:    After the ouster of the Taliban from Afghanistan, in 2002 at the Geneva conference, comprising the Group of Eight (G8), donor nations were assigned responsibility for different SSR (Security Sector Reforms) tasks. For example, “The US was to lead military reforms, which called for creating the Afghan National Army (ANA).”

In 2003, the DDR (Disarmament, Demobilisation, and Reintegration) program, a core part of Afghanistan’s New Beginnings Program (ANBP), was launched to address the SSR. This United Nations Development Programme (UNDP) initiative had three objectives: “enable the Afghan government to establish a monopoly on the use of force.” The program aimed to break the linkages between “former military commanders and their troops,” help them “transit from military to civilian life”, and “collect weapons in the possession” of former forces.

However, the donor nations also did appreciate that in tandem with DDR, a “new army consisting of 70,000 personnel” had to be created to address the “potential security vacuum that the disarmament process would produce.” Thus, the US was to lead military reforms and rebuild the ANA.

The US allowed “10-20 per cent of ex-combatants,” especially from ranks, to be reintegrated into the new ANA. However, when it came to the reintegration of the officers into ANA, the problem was more pronounced as most of them wanted “their old job back.” In the end, only “898 of the 7530 officers were integrated,” leaving a majority of operational & tactical level commanders, with hands-on battle and combat experience, out of the new ANA.

My company had recruited over 500 such men and officers to work on various US government-funded projects implemented in support of the ANDSF. These were committed men; many knew the lay off the land, resources, challenges and most importantly, knew solutions to get around them. We immensely benefited from their knowledge and experience. Imagine what value such men would have added to the US forces at operational and tactical levels.

As part of military contract work, I had the opportunity to interact with former senior Afghan officers, many of whom had undergone military training in India during President Mohammad Najibullah’s regime. Most of them believed; they were kept out for being close to the erstwhile communist regime. Whatever may have been the reason- Afghanistan lost in the process.

What the US needed in the initial years was more committed and experienced soldiers and not less. It would have benefited from the officers’ command and control experience, knowledge of the terrain, and proficiency in tactics, which my company used to its advantage while implementing various military projects across Afghanistan. These men would have provided unparalleled benefit in shaping up the new ANA.

The ANA knew their Russian weapon system like the back of their hands.

While conducting a short maintenance training program on MI-17 helicopter for the Afghan Air force (AAF), one of the former senior maintenance crew members confided in me; how they would make specific spares using local supplies during the peak of the mujahid war. During the height of the civil war of the 90s, there was an immense shortage of military supplies; the AAF maintenance crew kept the fleet flying, and ANA ensured their guns boomed.

I, ran a training program funded by the US government in support of the ANDSF for eight long years. As a result, I experienced first-hand the challenges of rebuilding a professional army, where most recruits were illiterate and lacked military discipline.

The US should have drawn up a phased replacement plan wherein the men were trained and were allowed time to master their equipment. But, replacing the FWP systems with NATO in haste was a big mistake. And, this will come to hurt the ANDSF in the ongoing standoff with the Taliban.

3.   Mistake to Limit ANA’s Role to Counter-terrorism Operations: The training of ANA was primarily limited to counter-terrorism roles, that is, military check posts monitoring, perimeter fence protection, convey protection, etc. The troops hardly learned tactical drills or tactical manoeuvres, especially like holding ground against an enemy. For a large part of the past two-decade, most ANDSF personnel were deployed in counter-terrorism operations around the clock with no time to rest and recoup and, more importantly, train, reskill and upskill.

As a result, the ANA’s senior echelon, including soldiers, did not learn how to plan and execute both operational and tactical level operations. Conceding of territory by a section of the Afghan forces can be attributed to the fact that most young soldiers and tactical level commanders lack the understanding and knowledge of holding ground like a conventional army.

The Afghan-led, Afghan-owned initiative should have come early, especially in rebuilding the ANDSF. During the first decade between 2001 and 2010, ANA was in the shadow of the international forces- one of the many reasons was that ANDSF was not ready to take on a lead role due to lack of military experience.

There was this impression among Afghans and even regional powers that the US would never leave the landlocked country. This mindset created a false sense of security and also dependence. Further, the ANDSF was never psychologically prepared by the US to take full responsibility for the safety of Afghanistan. Hence, the fallout- today, as soon as the US withdrawal began, certain sections of ANDSF personnel abandoned their people and conceded territory to a militia group.

But everything is still not lost; even today, there are thousands of die-hard nationalists belonging to the Northern Alliances and other small groups spread across Afghanistan who will defend their respective territories from the Taliban. However, they will prevail only if the international community supports them and acknowledges their rightful place in the “great game” called Afghanistan. 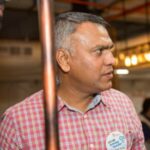 Aug 19, 2021
I wish this article must be reposted with special highlights as to how sunil's assessment is 100 percent perfect n right

Jul 25, 2021
It is a nice article - very well written and practically true . In 20 years US should have prepared Afghanistan to self rule and then left . The Question now is whether US has failed in Afghanistan or not ! Best regards, Maj Gen ( Dr ) Vijay P Pawar AVSM , VSM - Corps of Engineers

Jul 21, 2021
Great Article! Very informative. You really explained everything in detail and touched all thr bases. Wish experienced and learned people like you were asked for help in finding a solution. Thanks again for your great service to your nation.

Jul 18, 2021
Dear Sunil, an excellent compilation of facts and your knowledge base of long stint in Afghanistan. You are the one who can recommend proactive solutions for the future. Should we take a chance of sending fully equipped triservice force to Afghanistan or stay away from the muddle and let Pakistan/ China handle the show. You need to give it a thought keeping your vast experience in mind. What should be our action to protect the infrastructure we have created and goodwill we have earns so far

Jul 17, 2021
It’s sedition to flee a battlefield. A soldier fights for his team; the team wins. Mission objectives, sound planning strengthen morale. ANA appears to be short on these qualities. Technology is no substitute. Contrast this with Taliban’s ready-to-die, life-begins-after-death psychological makeup. They hide in plain sight. Their weapons of choice: AK-47, RP grenades, IED, chutzpah.

Jul 16, 2021
Great article! One thing missing in this article is "Pakistan" - US relied on fake assurances from Pakistan.

Jul 16, 2021
Very informative article. Best read in last few days. Sir you have walked the path so could point out the causes with conviction.

Jul 16, 2021
USA trained a poor country with the doctrine of a rich man's war. ANA was trained on the doctrine of US Army which expects close air support, Bulky and expensive troop carrier and armored backup. USA can pull this of because they have the budget but afgans can't. USA should have taken the help of Indian Army which has been countering the kashmir insurgency for years and which know how to completely dominate a every with comparatively low tech solutions and cost.

Jul 16, 2021
Brilliantly written sir .Very indormative.Now the recent statement which came from taliban is the girls above the age of 15 and the widows below the age of 40 were married to their figthers.And i personally very depressed with this statement bcoz why the women had to face a lot. WHY?Taliban had implemented this in afgan territory which was fully captured by them.All nations now also only going verbal and not taking any serious step.

Jul 16, 2021
Beautiful insights. This can come only from someone who knows the culture of the place and the intricacies of the working of a disciplined professional army.

Jul 16, 2021
Beautiful insights. Can only come from someone who has had close involvement with the culture of the place, and the working of a disciplined army.

Jul 16, 2021
Excellent Article Sunil !!! What can be done now? Does India have any options as Taliban is winning ?