The Ukraine Standoff and its Larger Global Impact 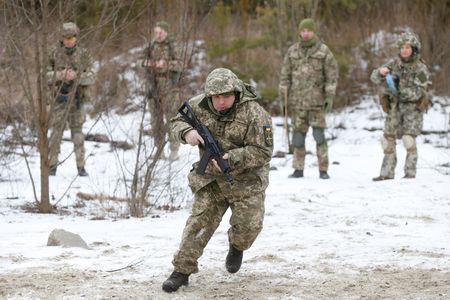 When Ukraine erupted as a geopolitical issue in 2014 there were competing international events and geopolitical stories which were moving parallelly in those times. As the narrative progressed the Russian moves on Crimea also drew serious concerns of the international community, as much as its attempts to influence the ethnic Russian majority areas of Donetsk and Luhansk. Although a quiet hybrid war continued it did not go beyond that; other areas drew more attention.

One of the influencing factors at that time was the ongoing turbulence in the Middle East. The Islamic State had made a high-profile entry in 2014; progressively the situation led to the war in Yemen in 2015, migration into Europe in 2015-16 and the problems connected with it including trans-national terrorism; none of these were linked to Ukraine.  In 2022, the rekindling of Ukraine in a more impoverished world and one beset by post pandemic reset, is resulting in global concerns, as far away as China.

In earlier years the Sino-Russian relationship wasn’t anything to write home about but in a world where balance of power is once again making such a difference in geopolitics, the two find that their strategic interests align significantly even as their physical proximity is an advantage. China is aware that for the US and NATO, the western flank of Russia is yet of considerable interest. Stabilising and securing that flank is an imperative to ensure that the US can focus on its fresh concern – the Indo Pacific where it aspires to prevent the rise of China.

The US left Afghanistan in a hurry after 20 years without awaiting any outcomes at stabilisation and was willing to risk instability there. It has marginally succeeded in temporarily stabilising West Asia although the larger conflicts there remain festering. China may not easily trigger instability in West Asia nor does it understand and influence the Afghanistan region sufficiently to trigger events to attract US concern; many of these events could in any way bounce back on China. However, playing Europe through the Russian proxy sufficiently needles US concern to divert its attention from the progressive narrative building in the Indo Pacific as also the strengthening of alignments there.

For President Putin, Russian alignment with China is tactically advantageous, although a disproportionate asymmetry between them may never be in Russia’s interest. Currently, in the post pandemic emerging dynamics their alignment, which has existed for some time, is now paying mutual dividend. Putin and Xi used the China hosted Winter Olympics opening ceremony as a moment to meet; the US diplomatically boycotted the event conveying just how divided the world is. The resultant Sino-Russia agreement was timed to send a strong message. China supported Russia’s red line that Ukraine could not be admitted to NATO and Russia reciprocated by opposing any form of independence for Taiwan.

Reiterating their friendship, the two nations chose to use strong words to express the positivity of their relationship. “Friendship between the two States has no limits, there are no forbidden areas of cooperation”. The two nations also claimed that their relationship was superior to any Cold War era alliance. Contesting US leadership of the world, calling enough is enough and ready to withstand sanctions, was what this meeting was all about. They went further to criticize the creation of AUKUS.

It was a comprehensive push back by China and Russia citing US plans to develop global missile defence combined with capacity building of high precision non-nuclear weapons. The deals on cooperation extended to the control of the internet, artificial intelligence and information security.   Almost as if to express scorn at the allegations that Russia could never afford to switch off the energy supplies to Europe because of its economic needs, both countries inked a deal for 117.5 billion US$ worth of gas and fuel supplies.

It’s not always that gestures of establishing partnerships unnerve the other side which is being targeted with information. In a long-term consideration, it’s important to observe that economies all over have taken a downturn. China may sign deals after deals with Russia but delivery may not be as smooth. With growth threatening to come down to 5 percent, perhaps the lowest in years, China’s economic backing of Russia may not be easy. Even if the standoff persists and there are short sparks of Russian aggressiveness against Ukraine it is highly unlikely that Europe will adopt a strict regime of sanctions against China. Volumes of trade with China are high (annual 450 billion US$) and assist the European economy in no small way. Combined with depleted energy from Russia in response to sanctions Europe may find this quite unacceptable. Economics is a key factor at this stage.

Is Russia doing this at the behest of China; to mire the US and NATO into concerns for European security and thus keep them away from the crucial Indo Pacific until China is better prepared for confrontation? That is a sane and legitimate question. China does not wish to risk premature and unwinnable engagements. Its relationships aren’t much to write home about as far as the ASEAN bloc is concerned, despite backing to the junta in Myanmar and the overly friendly gestures of Robert Duterte in the Philippines which goes to the polls in May 2022.

Indonesia and Malaysia both dispute China’s claims in the South China Sea (SCS) and Singapore is firmly in the US camp. Then there is Japan, South Korea, Vietnam (also part of ASEAN and in disputes in the SCS) and Australia to contend with in the Pacific; and a rising India which is being wooed extensively by the US and is already part of the Quad. By no yardstick should China consider that it is prepared to confront the US and its allies in the Indo Pacific. However, should that also be considered the reason why China has been coercing India at the Himalayan border for two years and engaging it in fruitless border discussions which appear as means to elongate rather than resolve the friction? Is it a demonstration of China’s will to use force to unilaterally resolve its territorial interests and claims; an attempt to push issues away from the classic Indo-Pacific zone further west? That fits perfectly with its support to Russia to keep the European theatre active. An active South Asia, including Afghanistan to some extent, with turbulence extending into the European theatre would tend to keep geopolitical compulsions of concern rooted there, away from the Indo Pacific.

If any of the above be true then Indo-Russian relations assume even greater significance. Putin’s recent visit to New Delhi was an important reiteration of the bilateral relationship and a steady balancer to the notion that India was firmly swayed towards the US by Chinese threats and the lack of visible Russian counters to that. However, the official Russian propaganda outlet Redfish, recently portrayed J&K as a parallel to Palestine and the Russians have been quick to reiterate that J&K is a bilateral Indo-Pakistan issue to resolve.

With Imran Khan due to visit Russia at Putin’s invitation should India be suspicious of Russian intent. The fact remains that Pakistan is also an important nation for Russia. The last thing the Russians want is problems of a religious nature at their doorstep in Central Asia, through Pakistan and Afghanistan. Consultation with Pakistan is a given, as far as China and Russia are concerned; that is the significance Pakistan seems to have gained from the turnaround in Afghanistan; an importance steeped in radical negativity that no one wants at his doorstep.

French President Emanuel Macron has had long consultations with Putin and the Ukrainian leadership. However, he is hardly empowered to negotiate on behalf of NATO or the US and results of these negotiations indicate that. Yet, it is likely that Macron informally conveyed a willingness not to push Russia beyond a limit. Both the US and Europe are geopolitically constrained but cannot officially reflect weakness. The Macron visit may just about have been used to convey informal acquiescence; a formal back down and acceptance of Russian demands about stopping any eastwards push by NATO is not foreseen and also not possible. Nevertheless, Ukraine has never just been a single tangible geopolitical issue. There is a web of intrigue, messaging, redlines and much more behind all that has happened in the last eight years. That is why it is having such a profound international effect. It’s not an issue which will disappear from headlines very soon unless ‘something’ much more spectacular emerges.

Can that ‘something’ be a series of events in the high Himalayas or anywhere else in the Indian context. While not directly involved with the Ukraine standoff India does have to manage the larger manifestation in terms of its relations with all the big powers and view its expanding interests with evident balance. It is going to be diplomatically buffeted for support from different poles even as it declares its neutrality which seems the only option. However, when the strategic environment demands choices be made and neutrality is the only answer, silence is never taken kindly.

Silence on the part of India may also not suit its interests as it seeks greater strategic importance and has also to neutralize the negatives flowing from this.  It must be seen to be a nation willing to engage and remain in consultation in relation to its own interests and that of the world at large. The bottom line is clear; Ukraine is the focus of the new Cold War. It is connected with too many intricate worldwide geopolitical issues to take a backseat in a hurry.