The Third India-Central Asia Dialogue will take place in New Delhi on 18th-19th December, 2021. Foreign Ministers of all the five Central Asian states viz Kazakhstan, Kyrgyzstan, Tajikistan, Turkmenistan and Uzbekistan are visiting India at the invitation of the Indian External Affairs Minister (EAM) Dr S Jaishankar to participate in this Dialogue.

It is commendable that the in-person Meeting is taking place in India notwithstanding the raging threat of Omicron, the new variant of corona virus, around the world. That the foreign ministers of the five countries are travelling to India in these uncertain times is testimony to the importance that these countries accord to their relations with India. The National Security Advisors (NSAs) of these countries were in India just over a month ago for the Delhi Regional Security Dialogue convened by India’s NSA Ajit Doval on 10th November, 2021.

Geo-political significance of these countries is not only due to the huge riches of natural and mineral resources including oil, gas, uranium, iron ore, copper, coal, water etc that these countries possess but also due to the physical connectivity by rail and road as well as through oil and gas pipelines that these countries provide. Their proximity to Afghanistan has also enhanced their role in trying to bring peace and stability to that unstable and volatile country. Three Central Asian countries share borders with Afghanistan viz Tajikistan, Uzbekistan and Turkmenistan. All the five Central Asian states are at risk of infiltration of terrorist groups as well as drugs from Afghanistan to their countries.

Over the years, the Central Asian countries have become active partners of China through the Belt and Road Initiative (BRI). Trade and economic relations of these countries with China have grown rapidly. Most of the mineral resources like oil, gas, uranium etc from Kazakhstan, Turkmenistan and Uzbekistan go to China. Antipathy against China in most of these countries has however grown in recent years because of the rapidly growing Chinese footprint in their systems. The incarceration and persecution of several Kyrgyz and Kazakh Muslims along with Uyghur Muslims in the Xinjiang region have given rise to severe disaffection against China and resulted in many anti-Chinese protests in these countries.

Central Asia is a part of India’s extended neighborhood with which it has had strong and vibrant ties through millennia. From the time of the Silk Road in 3rd century BCE, these connections have been strong and vibrant till as late as the early 1990s when the Soviet Union disintegrated. Historically, deep cultural and civilizational roots bind India with Central Asia. In the present day context, India’s security, trade, economic and physical connectivity, energy security etc. are closely linked to Central Asia.

The biggest obstacle in deepening partnership between India and Central Asia is the absence of common contiguous borders. With Pakistan refusing to provide access to Afghanistan and Central Asia through its territory, India has sought to overcome this impediment by developing connectivity through the Chabahar port in Iran as well as the International North-South Transport Corridor to Central Asia and Russia. India’s accession to the Ashgabat Agreement in 2018 further reinforced this endeavour.

Prime Minister Modi’s visit to the five countries in July, 2015 just after a year of forming a government in New Delhi gave a significant impetus to India’s bilateral ties with the individual countries as well as the region.

India’s membership of the Shanghai Cooperation Organization (SCO) has provided another forum on which India engages with four out of these five countries who are members of the SCO.

The importance attributed by India to the Region can be assessed by the fact that EAM travelled to Kazakhstan, Kyrgyzstan, Tajikistan (3 times) and Uzbekistan during the current year and met his Turkmen counterpart in Kazakhstan on the sidelines of a Regional Ministerial Meeting in October, 2021.

India had launched a Track II Dialogue in 2012 to give an impetus to the India-Central Asia relationship but it had failed to deliver the desired results. Keeping in view the huge unrealized potential of bilateral relations, it was considered appropriate to initiate a Central Asia Dialogue at Ministerial level to give a significant push to bilateral ties.

The first Dialogue in this series was held in January, 2019 in Samarkand, the historical city and cultural capital of Uzbekistan.

Speaking at the launch of this initiative in Samarkand, the then External Affairs Minister Sushma Swaraj termed India and Central Asia (and Afghanistan which was also included in this meeting) as ‘’natural partners’’ with our people sharing ‘’centuries old ties.’’ She expressed India’s keen interest to ‘’build a modern and comprehensive partnership on these strong foundations.’’

A unique feature of this initiative was that in addition to the Foreign Ministers of the five Central Asian countries, the Foreign Minister of Afghanistan was also invited as a Special Invitee. This was extremely significant as the security and stability of India as well as of Central Asia is critically linked to peace and security in Afghanistan.

In the first India-CAD, the then EAM referred to the useful role played by development cooperation in strengthening our ties with other countries. She ‘’offered to extend this partnership to Central Asia as well, where we can bring our countries closer by taking up concrete projects, inter alia, under our Lines of Credit and Buyers’ Credit, and by sharing our expertise.’’

The second meeting of the India-CAD was held virtually on 28th October, 2020.

To take forward the declaration on development partnership made at the first India-CAD, India offered a ‘’USD 1 billion Line of Credit for priority developmental projects in fields such as connectivity, energy, IT, healthcare, education, agriculture etc.’’ All these are niche areas in which India has proven expertise and capabilities. Central Asian countries ‘’welcomed India’s offer to provide grant assistance for implementation of High Impact Community Development Projects (HICDP) for furthering socio-economic development in the countries of the region.’’

India informed the participating countries about its actions to modernize and upgrade the facilities at Chabahar port to improve connectivity between India and Afghanistan and Central Asia.

The ministers can be expected to focus on enhancing cooperation in strategic, political, security, economic, connectivity, health, cultural, people-to-people connect and other areas in the post-pandemic world.

The only difference between the format of the third Dialogue with the first two, in addition to being the first to be held in India, is that there will be no representative from Afghanistan in this meeting. This is in keeping with India’s decision last month to not invite any representative from Afghanistan for the Delhi Regional Security Dialogue as we have not recognized the Taliban care-taker administration.

The last few months have witnessed a profound transformation in the regional security architecture. The Taliban took control of Kabul on 15th August but even after four months, no country in the region or outside has accorded diplomatic recognition to this dispensation. However, several countries, including from Central Asia, are conducting economic and official engagements with the Taliban setup. Barring Tajikistan, all the Central Asian states are maintaining their embassies in Kabul.

The foreign ministers can be expected to identify steps that the Taliban would need to take before it could formally engage with the international community. These could include putting in place an inclusive government, ensuring that rights of minorities, women, children and girls are safeguarded, not allowing the territory to be used for terrorist operations, stopping the export of drugs, human trafficking etc. The ministers could also affirm their commitment to provide humanitarian food relief and essential medical supplies for the people of Afghanistan and call upon the neighbours to provide free, unhindered and unimpeded access to such supplies.

India is in discussion with the five Central Asian States to invite their Presidents jointly as Chief Guests to the Republic Day celebrations in 2022 to mark 30 years of establishment of diplomatic relations, as was done with the ASEAN leaders in 2018. An announcement could be made after the Meeting if concurrence from all the countries is received.

In addition to participating in the India-Central Asia Dialogue, the Tajik foreign minister Sirojiddin Muhriddin will pay a bilateral visit to India from 18th-20th December, 2021. This visit assumes significance because Tajikistan has emerged as one of the strongest critics of the Taliban regime in Kabul and is the only Central Asian country not to have any interaction with the Taliban.

India enjoys huge good will in Central Asia. It is commendable that the Indian government is pro-active in reaching out to the leadership and people of these countries to engage in programmes and activities to realize the full potential of the bilateral and regional partnership. The India-Central Asia Dialogue is an excellent platform to achieve this objective. 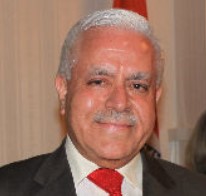 Ashok Sajjanhar was the Ambassador of India to Kazakhstan, Sweden and Latvia, and has worked in diplomatic positions in Washington DC, Brussels, Moscow, Geneva, Tehran, Dhaka and Bangkok. He has worked as the head of National Foundation for Communal Harmony, Government of India. He is currently the President of Institute of Global Studies in New Delhi and Executive Council Member, Manohar Parrikar Institute for Defence Studies and Analyses.

Jan 31, 2022
There is a weak link here; we want oil and gas. We would be very foolish if we think we can place a pipeline through Pakistan that reaches us. It is not about logic, the average Pakistani - not just their leaders - are so corrupted by the concerted effort since Zia, that they would rather hurt themselves then participate in any win-win. How are we planning to get the oil and gas? Through Iran, then the sea? Maybe this is viable, but seriously? The Iranian leaders regularly side with Pakistan, and advocate for an Islamic Kashmir. In other words, I am all for good relationships with everyone, but I would prefer a clear eyed, reality-based dialog instead of hubris and make believe (something that we are currently doing). I commend Jaishankar and Modi for starting these intiatives; I wish them nothing but success.

Dec 27, 2021
Sir Central Asian Region and the respective countries are of utmost important to Bharat from every vertical be it economic, trade military ,culture , regional security etc And we have keep ourselves engaged in this region in all aspects and make the relationship with these countries more stronger in years to come.