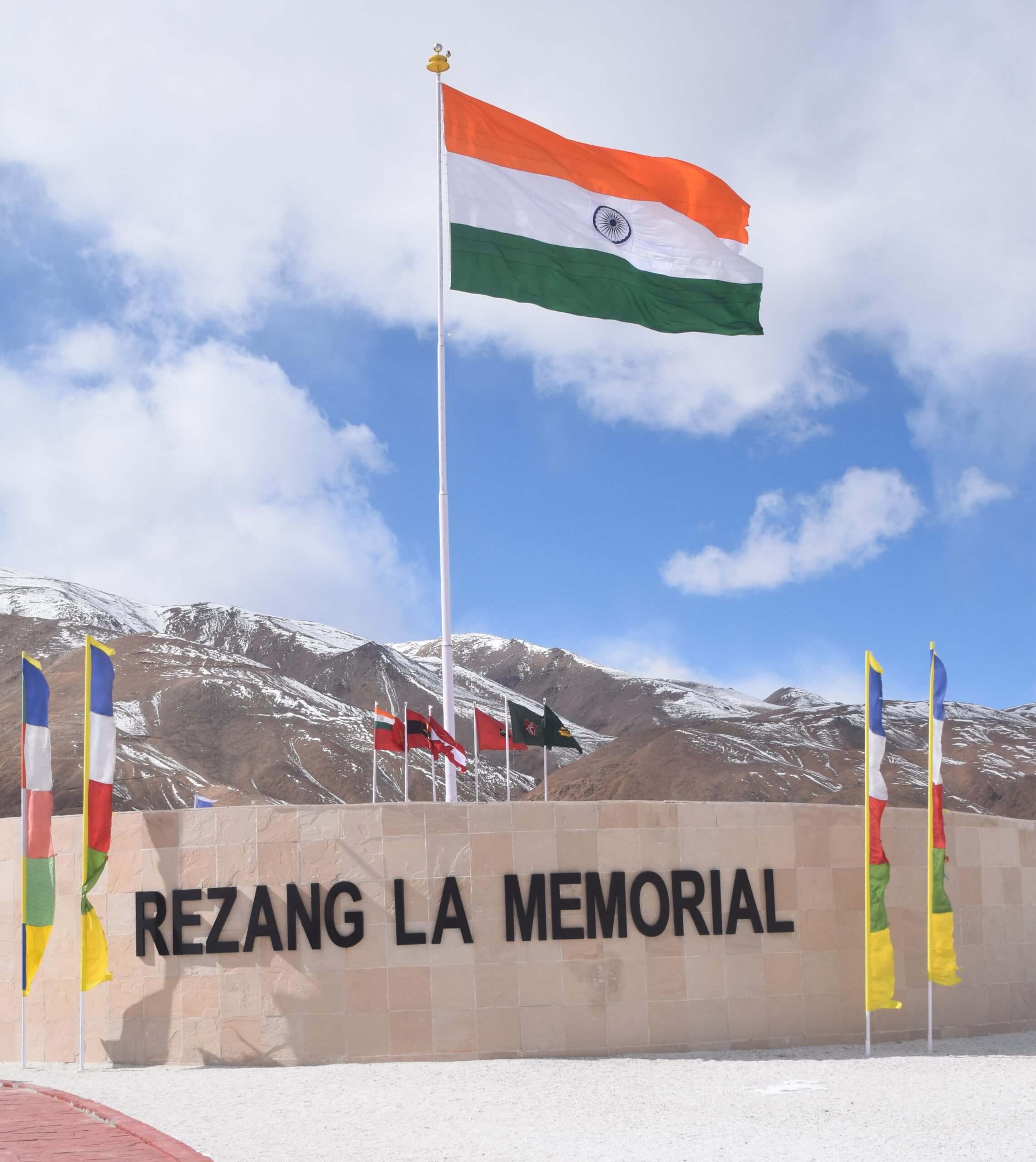 Something extraordinary happened south of Pangong Tso (lake) in the night of August 29, 2020; the ‘Special Frontier Force’ (SFF), also known as Establishment 22 or Vikas Regiment occupied the heights of the Kailash Range.

Lt Gen Vinod Bhatia, a former Director General of Military Operations, commented: “Though a tactical action, this demonstrated a strategic resolve by India and the Indian Armed forces, signaling to China that changing the status quo along the Line of Actual Control (LAC) is a two-way street.”

The Tibetan troops occupied operationally important heights dominating the People’s Liberation Army (PLA) garrison at Moldo, the Spanggur Gap (the narrow area between the Pangong Tso and the Spangur Tso) as well as the highly strategic road between Moldo and Rutok, the main PLA garrison in the area.

The very fact that the Tibetan troops participated in the operation was a great shock for China, who preferred to remain under the illusion that ‘all Tibetans are Chinese nationals and therefore love the Party and its Helmsman’.

Bhatia added that on September 21, during the sixth round of talks, the impact was evident: “A reluctant China agreed to continuing the dialogue and arrive at a fair, reasonable and mutually acceptable disengagement as early as possible.”

A Recent Visit to the Rezang La Memorial

Long before August 2020, I dreamt of visiting the area to pay homage to the 13 Kumaon and other units who fought on the same range during the War with China in 1962.

On November 18, 1962, a memorable battle took place at Rezang La (pass) at the incredible height of 16,000 feet; it will remain one of the greatest battles in history; 114 soldiers of the 124-strong company led by Major Shaitan Singh, PVC, lost their lives heroically defending the nearby Chushul airstrip, the last defence before Leh, Ladakh’s capital.

The citation which appeared in the gazette, noted: “The locality was isolated from the main defended sector and consisted of five platoon-defended positions. On 18 November 1962, the Chinese forces subjected the company position to heavy artillery, mortar and small arms fire and attacked it in overwhelming strength in several successive waves. Against heavy odds, our troops beat back successive waves of enemy attack.”

The History of the Battle

The Official History of the 1962 War published by the Ministry of Defence (MOD) observed: “The battalion headquarters was located at the [Chushul] airfield with an ad hoc company as reserve. 13 Kumaon looked after the Southern flank with two companies on Maggar Hill, a company with section of 3 inch mortars at Rezangla and battalion headquarters with one company at Track Junction Tsakala also had a company of 5 Jat. The brigade [was] holding nearly 40 km of frontage with three battalions.”

The MOD report detailed the extreme difficulties of the terrain and weather conditions: “…The winter conditions made preparation of defences a very difficult task. The general shortage of snow clothing made matters worse. Digging in the hard rocky surface proved difficult, hence recourse was taken to construct stone heaps above ground level (called sagars) to prepare firing positions. …None of the equipment of the Indian Army was designed for operating in temperatures below zero. For instance, the rifles and LMGs could not be fired with gloves on, as the trigger guard forces the firer to discard the gloves. It caused a large number of casualties due to frost bite.”

The attack started on November 18, coinciding with the PLA attack on Sela in NEFA: “The Chinese were obviously working to a timetable. Chushul with its airfield and the Indian brigade was a thorn in the Chinese flesh as that provided a possible jump off point for an Indian threat to the Chinese occupied Aksai Chin and the highway running through it,” noted the MOD Report.

It is in these circumstances that at about 4:00 am on the fateful day, the silence was broken by a burst of LMG fire; according to the Report: “The forwards observation post to the south of company defences had detected nearly 400 Chinese approaching the 8 Platoon located there. …The Indian held their fire and waited for the Chinese to come within range. Soon, nearly a battalion of the Chinese launched their assault on Rezangla [or Rezang La] from two directions, one group coming from the south and another directly [from the] east. The attackers were approaching the India position through the nallahs that came up to the hill top. At around 5:00 hrs, all hell broke loose as the Kumaonis defending Rezangla opened up with everything they had. The Chinese caught in the deep nallahs were an easy prey to the 3–inch mortars and grenades. After nearly half an hour of intense firing the first attack petered out and the remnants took shelter behind boulders. Once the Chinese attempt to take the position by a silent and surprise attack failed, they opened artillery and mortar fire at 05:40 hrs.”

The Report mentioned that the ‘C’ (or ‘Charlie’) Company of 13 Kumaon was now totally isolated: “The post at Tsakala could see the firing and reported the news of fight to the battalion, which was otherwise completely in the dark about the happenings at Rezangla. …The reinforcements would have taken anything upto 5 to 6 hours to reach there, and they would have to deal with the Chinese who had attacked the post from three directions.”

After the failure of their first frontal attack, the Chinese simultaneous attacked from the near and southern flank …The fight at Rezangla was hard and bitter. The last of Indian machine guns fell silent only around 22:00 hrs.” That was the end of the epic battle.

In the PVC citation, it is mentioned that “Major Shaitan Singh dominated the scene of operations and moved at great personal risk from one platoon post to another sustaining the morale of his hard-pressed platoon posts. While doing so he was seriously wounded but continued to encourage and lead his men, who, following his brave example fought gallantly and inflicted heavy casualties on the enemy. For every man lost to us, the enemy lost four or five. When Major Shaitan Singh fell disabled by wounds in his arms and abdomen, his men tried to evacuate him but they came under heavy machine-gun fire. Major Shaitan Singh then ordered his men to leave him to his fate in order to save their lives. Major Shaitan Singh’s supreme courage, leadership and exemplary devotion to duty inspired his company to fight almost to the last man.”

Between 500 and 1,000 Chinese soldiers perished on that day, in the Rezang La sector alone. Some figures mention 3,000 Chinese casualties along the range.

The importance of Rezangla was that it dominated the life line of the Chushul garrison as well as the road link to Leh via Dungti. 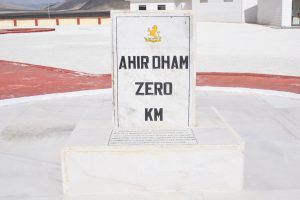 A Visit to the Memorial

Visiting the War Memorial, one has a feeling of super-humans defending the Indian territory against the Chinese onslaught; it is deeply touching; remember that most of the soldiers of the Charlie Company who fought the battle at this altitude had come from the plains of Haryana.

Sixty years ago, like today, the Ladakh Range and particularly Rezang La and the nearby peaks/passes have an extraordinary strategic importance as they dominate the Spangur Tso (lake) and the Spangur Gap.

In 1962, the Indian Army stopped the Chinese advance on Leh and probably saved Ladakh. It is not a coincidence that the cease-fire was declared by China four days later.

At a time when China is bombarding the world with propaganda, with the latest gadgetry/weaponry exhibited at the Zhuhai Air Show, particularly cutting-edge UAVs and combat drones such ‘drone killer weapon,’ and even some new ‘flying submarines’, it is necessary to remember the extraordinary valour of the Indian soldier; today, like yesterday, no amount of investment in R&D and ideological brainwashing can replace this.

Let us hope that more and more Indians (and why not Chinese) will be able to visit the Rezang La Memorial in the years to come.

This does not mean than India should sit back and not try to catch up with the Chinese latest technologies.