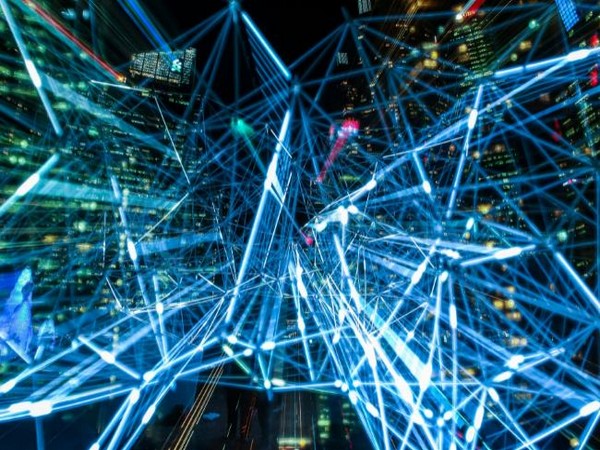 Hong Kong, June 29 (ANI): The People’s Liberation Army (PLA) is investing heavily in artificial intelligence (AI) to improve its combat capabilities, even if Chinese media does tend to hype up the technological progress that China is making in such fields.

In late June, the Global Times tabloid in China published an article stating the PLA Air Force (PLAAF) had utilised AI for simulated opponents in aerial combat training for Chinese fighter pilots. It was being used to “hone their decision-making and combat skills against fast-calculating computers,” according to the article, and Fang Guoyu, the group leader of a PLAAF aviation brigade, was “shot down” more than once during mock aerial battles in a simulator.

Fang noted, “At first, it was not difficult to win against the AI. But by studying data, each engagement became a chance for it to improve.” It was then able to best its human opponents on numerous occasions. This news was based upon an article in the PLA Daily, which said the training iterations took place in the Central Theater Command.

Du Jianfeng, commander of the PLAAF brigade, said, “The AI has shown adept flight control skills and errorless tactical decisions, making it a valuable opponent to hone our capabilities.” He said the brigade had been integrating simulated and AI-assisted training in daily training in “recent years”.

The technology was a collaborative effort by the brigade and research institutes, though it is unknown how widespread such experimentation is, and whether other PLAAF combat aviation brigades are doing the same.

The article went on to quote unnamed observers as saying, “In addition to training pilots efficiently, AI is expected to be an integral part of China’s future warplanes that would assist pilots with their combat decisions.” While the PLAAF is not yet integrating AI into combat aircraft, that could happen in the future on aircraft like the J-20 stealth fighter.

The technology can assist pilots by calculating the best tactical options for a pilot, gleaning big-picture data from the whole battlefield, and making decisions at a much faster speed than what a human brain can.

China is not the only country exploring such technology. In August last year, the US Defense Advanced Research Projects Agency released results of its Alpha Dog fight Trials, where a simulated F-16V fighter with an AI-driven “pilot” was undefeated in five rounds of mock one-on-one air combat against a real US Air Force fighter. The US has since conducted even more advanced demonstrations such as its Air Combat Evolution, and it hopes to integrate the technology into a real full-size aircraft by 2023.

China is a heavy user of unmanned aerial vehicles (UAV), more commonly known as drones, including both armed and unarmed types. AI is ideal for such autonomous platforms, though at the moment it is imperative that a person remains in the loop during their operation, especially if weapons are involved.

Several countries such as Australia, Japan and the USA are developing a special category of UAV that is termed a “loyal wingman”. These are a single drone or a group of several UAVs that accompany a manned fighter and are controlled by it, gathering data with their sensors, launching weapons or acting as decoys. China is assuredly researching “loyal wingmen” as well, even if the PLA is keeping mum for now on such platforms.

AI is not a single piece of hardware or software, but rather a constellation of technologies. AI is today used for planning and optimisation, computer vision, modelling and simulation, natural language understanding, robotic process automation and prediction. Today’s research is concentrating on such facets as edge computing, advanced reasoning, human-AI teaming, novel learning and more general AI uses.

AI will naturally offer new levels of performance and autonomy for weapon systems, as well as decision-making at both tactical and strategic levels. However, AI also raises important legal, ethical and strategic questions surrounding the use of lethal force.

Of course, an authoritarian country like China will not be bound by such tight humanitarian concerns as somewhere like the USA, as illustrated by its gross human rights abuses in Xinjiang. There are still immediate military benefits to AI, but within limits. Giving AI authority over nuclear weapons, for example, would be a terrifying prospect.

Chairman Xi Jinping is fully behind the endeavour for the PLA to harness AI, having declared, “In circumstances of increasingly intense global military competition, only the innovators win.”

In response, the PLA has been actively exploring a range of new theories, capabilities and technologies that it believes are critical to future operational advantage. Many of these will reside within the PLA’s Strategic Support Force. It is helping build up China’s military cyberwarfare capabilities, leveraging big data and machine learning.

For a number of years, the PLA has been pursuing “informatised” warfare, but it has since added “intelligentised” warfare to its bow. Pursuant to this, China created the Central Military Commission (CMC) Steering Committee on Military Scientific Research, responsible for establishing high-level priorities and strategic directions. Then the CMC Science and Technology Commission has also been elevated to lead and guide military technological innovation and to promote military-civil fusion.

Some military academics anticipate that AI “will transcend firepower, machine power, and information power, becoming the most critical factor in determining the outcome of warfare”.

Going even further, according to Lieutenant General Liu Guozhi, Director of the Central Military Commission Science and Technology Commission, “AI will accelerate the process of military transformation, ultimately leading to a profound revolution in military affairs . . . The combination of artificial intelligence and human intelligence can achieve the optimum, and human-machine hybrid intelligence will be the highest form of future intelligence.”

One leading researcher on Chinese AI technologies is Elsa B. Kania, adjunct fellow with the Centre for a New American Security’s Technology and National Security Program in Washington. In a research paper published two years ago, she said, “In particular, Chinese innovation is poised to pursue synergies among brain science, AI and biotechnology that may have far-reaching implications for its future military power and aggregate national competitiveness. Chinese military leaders appear to believe that such emerging technologies will be inevitably weaponised … The PLA intends to achieve an operational advantage through seizing the initiative in the course of this transformation.”

Set up by the US government in 2018 out of concern that the USA was being left behind by Beijing, the National Security Commission on Artificial Intelligence released a report earlier this year. It warned in no uncertain terms: “For the first time since World War II, America’s technological predominance – the backbone of its economic and military power – is under threat. China possesses the might, talent and ambition to surpass the United States as the world’s leader in AI in the next decade if current trends do not change. Simultaneously, AI is deepening the threat posed by cyberattacks and disinformation campaigns that Russia, China and others are using to infiltrate our society, steal our data and interfere in our democracy.”

The commission specifically warned: “Defending against AI-capable adversaries operating at machine speeds without employing AI is an invitation to disaster. Human operators will not be able to keep up with or defend against AI-enabled cyber or disinformation attacks, drone swarms or missile attacks without the assistance of AI- enabled machines.”

Its conclusions were dire, given the head of steam that China has already gained: “China’s plans, resources, and progress should concern all Americans. It is an AI peer in many areas and an AI leader in some applications.”

The National Security Commission on Artificial Intelligence also spelt out the need for the USA to prepare for future warfare. It cautioned, “Our armed forces’ competitive military-technical advantage could be lost within the next decade if they do not accelerate the adoption of AI across their missions. This will require marrying top-down leadership with bottom-up innovation to put operationally relevant AI applications into place.”

A separate report, entitled Emerging Military Technologies: Background and Issues for Congress, and published by the US Congressional Research Service, labeled China as America’s chief competitor in the realm of AI.

The publication stated, “Recent Chinese achievements in the field demonstrate China’s potential to realise its goals for AI development. In particular, China has pursued language and facial recognition technologies, many of which it plans to integrate into the country’s domestic surveillance network. Such technologies could be used to counter espionage and aid military targeting. In addition to developing various types of air, land, sea and undersea autonomous military vehicles, China is actively pursuing swarm technologies, which could be used to overwhelm adversary missile defense interceptors. Moreover, open-source publications indicate that China is developing a suite of AI tools for cyber operations.”

It added: “China’s management of its AI ecosystem stands in stark contrast to that of the United States. In general, few boundaries exist between Chinese commercial companies, university research laboratories, the military and the central government. China’s National Intelligence Law, for example, requires companies and individuals to ‘support, assist and cooperate with national intelligence work’. As a result, the Chinese government has a direct means of guiding military AI development priorities and accessing technology developed for civilian purposes.”

In conclusion, it is difficult to say, given the secrecy surrounding China’s military, and the sensationalist reporting by state-owned media, what the PLA’s AI capabilities actually are. Notwithstanding, there is every indication that AI is a top priority for China’s increasingly sophisticated military. (ANI)

Jun 29, 2021
I think we have to observe our economy and try to expand it at a rapid pace. Also our indian media should not be so fre that it enquires military about it plans and it's equipment, when Rafale came the media hyped it up so much. When we have a strong economy th n we can allocate a fund and start developing our cyber intelligence to counter Chinese. China has a lot of money to throw on but we have only limited funds. India should start developing cyberspace systems and also focus on its space programmes in the future.