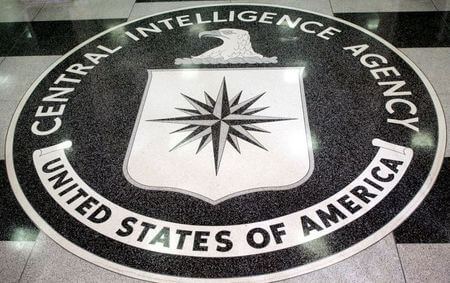 Earlier this month, the US’ Central Intelligence Agency (CIA) released a story on its official website that stated, “CIA makes changes to adapt to future challenges”. The title of the story is instructive in its usage of the terms “changes to adapt”. This is important since organisations routinely ‘change’ owing to several factors, but seldom ‘change to adapt’ to developments in the external environment. Especially, in the realm of intelligence, this feature is more common where changes or reforms are usually preceded by an instance of surprise or failure. For instance, attempts to rectify the challenges of inter-agency coordination through the creation of the Office of the Director of National Intelligence (ODNI) followed only after the 9/11 fiasco. Similarly, the need to increase the number of personnel in the Directorate of Operations (DO) to cope with the rising threat of transnational Islamic terrorism was not realised until the fateful attacks of September 2001. Therefore, a declaration by the CIA to make changes to adapt, suggests a marked transformation in the agency’s thinking that needs to be observed carefully. It appears that the impetus for change lie in geopolitical and organisational reasons whilst the challenges to change might emerge from operational and ideological factors.

With an intention of adjusting the CIA’s organisational structure and approaches to the current and future national security challenges, the agency has announced the formation of a China Mission Center (CMC) and a Transnational and Technology Mission Center (hereon T&TMC). It is indeed arguable that, much like the post-9/11 reforms, the present changes appear belatedly. Despite credible evidence of an increasingly assertive China threatening US allies in the region since the 1990s, adequate recognition of the threat had been wanting. The publications of global trends by the National Intelligence Council (NIC) that acts as a directive for intelligence agencies is instructive in this regard. The present publication titled “Global Trends 2040” released in March declared the competitive nature of the emerging geopolitical environment – a direct reference to Sino-US competition. Whereas the previous publication had perceived the rise of China in more benign terms. Thus, the creation of the CMC is Washington’s efforts at adapting its intelligence agency to the shifting contours of US foreign policy.

The second impetus for change is derived from an organisational and operational point of view. Earlier this month, the CIA made a startling revelation about the decimation of its network of spies in countries like China and Iran. After a breach of the agency’s classified communication system, US informers had been systematically identified and either killed or taken into custody. What was worse, however, was that data on the CIA’s spy network was shared amongst nations inimical to Washington’s interests such as Russia, China, Iran, and Pakistan. This caused the agency to wind up its human intelligence (HUMINT) operations in China and pay immediate attention to information and communications security. Against this backdrop, the creation of the T&TMC is an effort in achieving technological superiority and offer security assurances to HUMINT operatives. The urgency of this move cannot be sufficiently emphasised given the importance of HUMINT operations in counterintelligence states like China where the digital and technical spaces are strictly controlled by the state.

To provide perspective to the present organisational changes, it is important to note the impact of the past changes on the organisation. Creation of mission specific centres and exploitation of technology to achieve intelligence objectives have a historical precedence in the US. Post 9/11, President George W. Bush had called for a 50 percent increase in the number of CIA officials proficient in “mission critical languages” like Arabic. Further, the CIA was directed to double its officers involved in R&D “to find new ways to bring science to bear in the war on terrorism”. The latter denoted a continued tradition of the agency’s ‘technocracy’, which ultimately culminated in the CIA’s control of the drone programme. While the overall effect of these changes on the War on Terror can be debated, homeland security has been improved. Yet, when observing the last two decades, the post-9/11 changes have left ramifications that can potentially impact the presently proposed changes.

First and foremost is the nature of HUMINT itself that has transformed post-9/11. During the Cold War, espionage required diplomats and intelligence officers to be socialising and hobnobbing with foreign elites to develop strategic sources. The War on Terror, however, has significantly militarised the art of spying. This was expected as war and conflict zones replaced European cities as prime postings; and covert meetings at cocktail parties were replaced by spies moving around in heavy military convoys. Reflecting on these changes, a former CIA officer argued that this “militarized way of gathering intelligence” has been responsible for the agency forgetting the art of spying. According to the officer, the present-day threats posed by Russia and China require “more James Bond, less Jason Bourne” – a euphemism to mean the subtle art of spying needs to replace the current militarised methods.

Nevertheless, such cultural changes are harder to achieve than organisational ones. Over the decades, US intelligence has been so distanced from classical espionage that seasoned diplomats interacting with foreign elites have been suspected of spying for the enemy. The investigations against Robin Raphel on suspicions of spying for Pakistan serves as a case in point. In this regard, to provide real meaning to reforms, organisational changes will need to be met with sufficient cultural ones.

Beyond culture, there are also ideological factors that can determine the agency’s efficiency. Ideological influences have always existed on intelligence agencies as a reflection of the nation’s culture and civilisation. In other words, popular imagination and political positions affect intelligence agencies greatly, especially in democracies. Perceptions emerging out of deep state theories, rogue operations, etc. have in the past affected the CIA’s functioning.

During the 90s, it was fears of Islamophobia and allegations of racism that forbid the agency’s analysts from correctly assessing the rise of Islamist terrorism. Consequently, the CIA has had to struggle to achieve operational finesse whilst upholding its public image. A 2015 incident demonstrates the challenge of maintaining this delicate balance. The agency had posted a picture of a cake baking contest on its internal website, which portrayed the image of the Islamic State’s flag burning. While this act was clearly an expression of the agency protecting US national security, several complaints emerged regarding the insensitivity of the picture towards Muslims. Although the picture was eventually taken down, the absence of any Muslim complainants was rather interesting. This shows that, despite the agency’s best efforts at balancing national security objectives with public perception, the latter has been a challenging task. If one were to draw parallels with the present changes proposed by the agency, the effects can be similarly disconcerting.

One of China’s preferred strategies against the US has been to target the ‘hearts and minds’ of the American people. This strategy of subversion has been successful at least in scuttling the FBI’s counterintelligence efforts within the US. The CIA is also bound to be influenced by the nature of American public opinion vis-à-vis the Chinese. The fact that the CIA’s Director, William J. Burns, had to emphasise that the threat was from the Chinese government and not the Chinese people is significant in this regard.

Over the years, Beijing has been using western media offensively to influence public opinion – mostly geared towards drawing sympathies on the narratives of historical wrongs and modern-day racism. The small minority of diaspora Chinese that oppose the Chinese Communist Party have, on the other hand, been victims of allegations of allying with right-wing extremists. In such a scenario, ideological persuasions can have profound impacts on the agency’s work and personnel. It has been acknowledged by Muslim employees in the past that prevailing public imagination had increased suspicions of the agency. Even though these employees were aware of the existing misperceptions, they could do little owing to fears of exposing their professional identities. To overcome similar experiences, the CIA will need to constantly feed the American people the nature of the regime in Beijing – its atrocities against minorities, and aggressions against the interests of the US and its allies.

It is, therefore, only by reforming the ideological and cultural dimensions, that the changes at the organisational level can mean ‘adaptation’ and not mere changes. 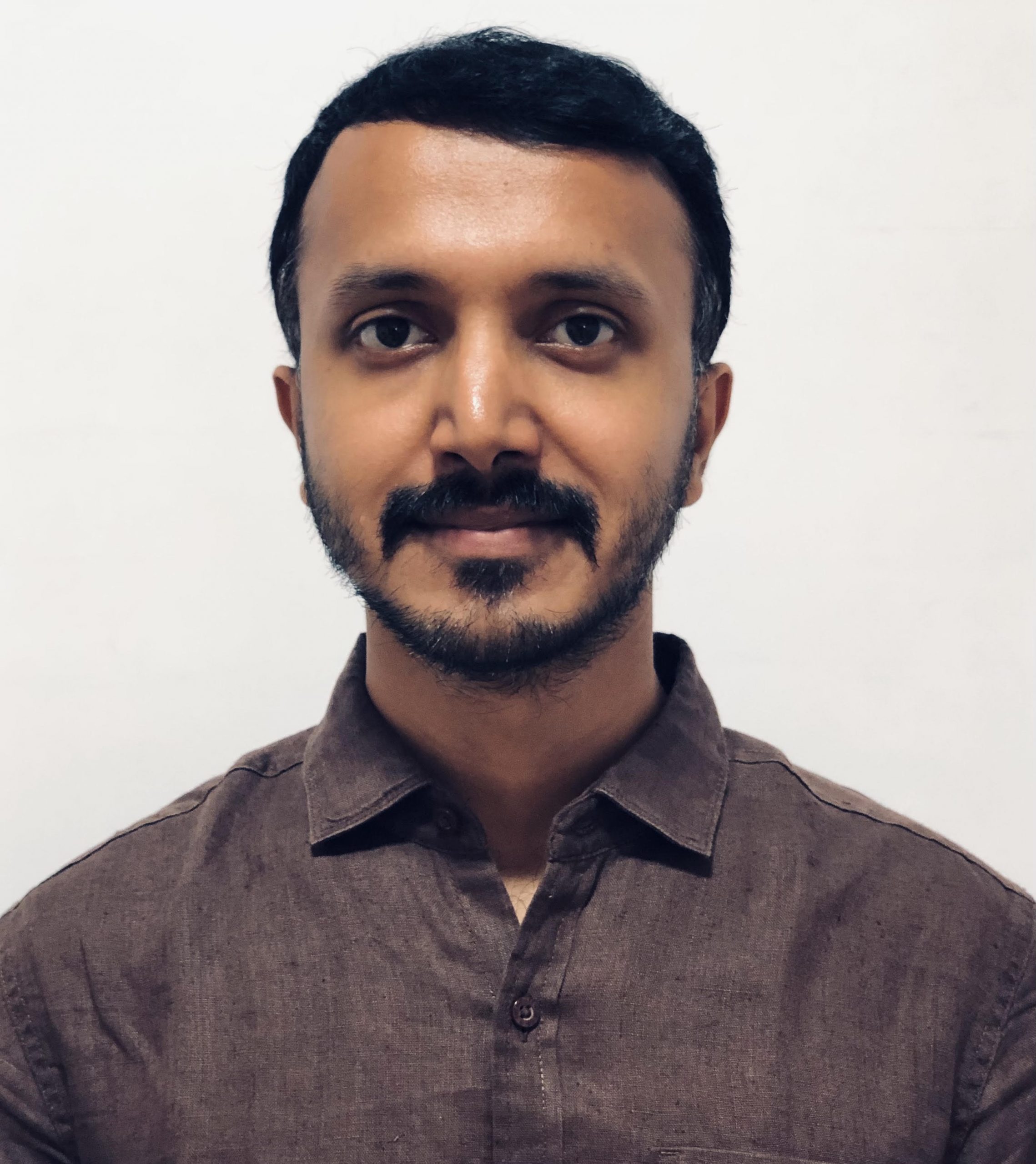 Dr Dheeraj Paramesha Chaya is an Assistant Professor, Department of Geopolitics and International Relations, Manipal Academy of Higher Education (MAHE), Karnataka, India. He earned his PhD in Intelligence Studies from the University of Leicester, U.K. His research interests focus on the role of intelligence and counterintelligence in national security decision-making.