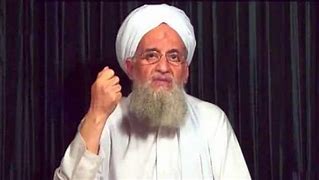 It took ten years to take out Osama bin Laden (OBL) after chasing him through the mountains of Afghanistan. He was ultimately cornered in Abbottabad 800 meters from the gates of Pakistan Military Academy. No one knows whether he was living there with the connivance of the Pakistan Army or whether that same Army betrayed him. It was convenient for the Pakistan Army and Pakistan to remain in denial about his presence or any stakes in the high-profile operation to surgically eliminate him. The best policy for Pakistan was denial of everything.

Eleven years after Operation Neptune Spear which sealed OBL’s fate, his deputy of years Ayman al Zawahiri, and the head of the Al Qaida after OBLs’ death, was holed up somewhere in the tribal areas of Khyber Pakhtunkhwa. His family too lived there. After the US exit in Aug 2021, he decided to move to Kabul and was reportedly staying in the house of either Afghanistan’s Minister of Interior, Sirajuddin Haqqani or one of his aides.

Al-Zawahiri was killed by an R9X, a Hellfire missile armed with long blades aimed at killing targets with kinetic energy to minimize major collateral damage. The missile was fired with technical accuracy to strike a balcony of the house which was staked out for long. On this balcony Zawahiri repeatedly appeared, probably for a breath of the FRESH Kabul air present in the diplomatic enclave. Some very slick intelligence work went into setting up this operation.

Obviously, the US presence in Kabul city for 21 years would have ensured the presence of at least some sources as part of an intelligence network; sleeper agents getting activated only on the rarest of occasions who would probably dry out as time elapses. This appears to be the right combination of technical and human intelligence with assured accuracy of information sufficient to launch a fail-safe operation.   The US claims that the Taliban violated the peace agreement by letting Zawahiri into the country. The Taliban claims the US violated the peace agreement by conducting a strike. Both contentions are irrelevant now because the event has occurred and has been supported by much of the world. China is one country which said it is against all forms of terrorism but at the same time opposed to ‘double standards’ on counterterrorism operations and at the ‘expense of sovereignty’ of other countries. China’s handling of global terrorism and issues related to the Islamic world is mostly suspect and many times runs contrary to mainstream international opinion.

There will be enough information available in the near future on the intelligence build up and conduct of the operation. However, speculating at this stage it can be said that without human intelligence this operation may not have been possible. The drones (probably two of them to ensure back up) flew from either a carrier in the North West Indian Ocean or took off from a Gulf country (the identity may not be revealed). Flight over Pakistan would probably have been mandatory as a route over Iran directly to Afghan territory may have been risky. The only other foreign territory beyond the point of launch could either be that of Iran or Pakistan and the Pakistan option probably presented a shorter dwell time in that territory. That leads to the question whether Pakistan was complicit with this operation and what the likely level of cooperation was.

The reason why analysts are mentioning Pakistan complicity is because of the dire state that Pakistan finds itself in economically. Whether it could get an IMF nod at the US behest is always possible; anything to help Pakistan get a few million dollars to stave off its bankruptcy. However, there would be nothing strategic about this cooperation, just tactical. That is what leading analysts such as Ayesha Siddiqa, probably the best-known face from Pakistan strategic circles, contends. They are not entirely wrong.

Having a Pakistani link on the ground in Kabul would add to potential of confirmation of intelligence besides minute-to-minute monitoring which is so essential for a high-profile counter terrorism operation of the extreme kind.

However, I do have an alternative opinion. It dwells on the perception whether a US President with low approval ratings and looking for retrieval for an upcoming election to the US Legislature would wish to share information of such high value with a nation or its Army not exactly known to have been very friendly to the US in the last few years. President Biden had goldmine intelligence and the chance to cement the notion of efficiency of the Democrat Administrations (Obama before and Biden now).  I may have believed in a kind of cooperation and coordination with Pakistan in the period prior to the operation that eliminated OBL. However, the trust deficit ever since has not exactly improved enough to allow leeway of sharing national strategic intelligence which could actually contribute to a major political effort for re-election and securing the Legislature.

Was Zawahiri so dispensable that the Taliban did not provide him adequate security or kept him holed up in a single accommodation knowing fully well that he was a high-profile target of the US. By moving him to Kabul, they had reneged on the agreement and that left him open to remaining a US target. It is my opinion that the Taliban’s hubris diluted the security substantially. They did not appreciate the US technical intelligence capability of the potential of surgically targeting a high-profile target in the centre of Kabul without collateral damage.

What is the likely impact on global terror and US-Taliban relations? I assess minimal impact. It was a big event on the day of occurrence but low profile the next day. The message which emerges is that the US intelligence capability will remain persistent in its efforts to trace and take out high profile global terrorists.

The large-scale presence of global terrorists in North Afghanistan, quite outside Taliban’s control may take this as a warning. The Taliban itself may be averse to ensuring US effectiveness against the high-profile groups who are opposed to it. As far as US-Taliban relations are concerned its contingent on which segment of the Taliban we refer to.

The US is probably working on creating greater cleavages and dealing with a segment which will clearly get underhand economic support too. It’s unlikely that this success is going to dramatically alter US-Pakistan relations, even if Pakistan has had a tactical role in it. The cumulative effect of the Zawahiri killing, and the Nancy Pelosi visit to Taiwan is something Joe Biden and the Democrats would like to take to the next level. The impact of this on other areas such as Ukraine could also be felt, in some oblique way.