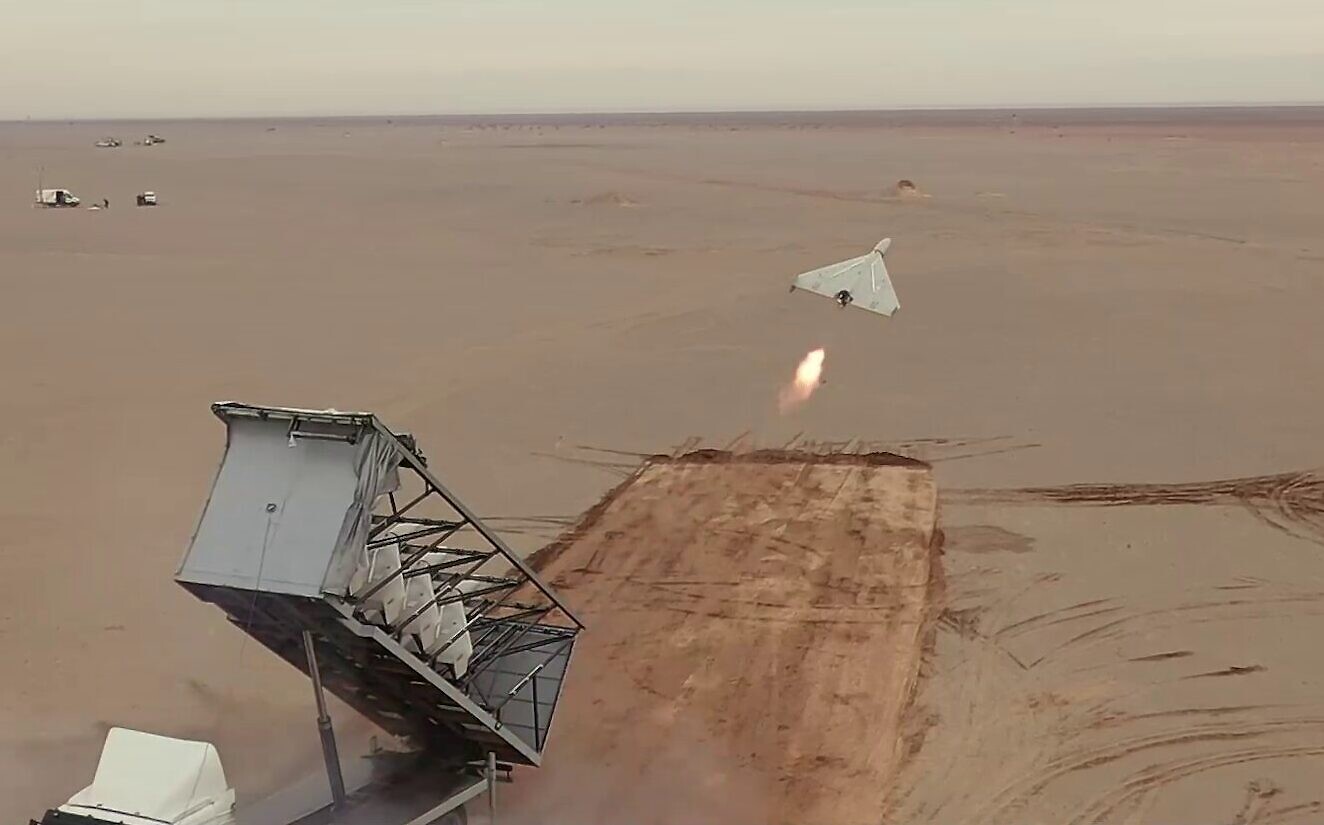 Iran has denied selling drones to Russia, but images making the rounds on social media confirm that Russian forces have attacked Ukrainian cities using Shahed-136 suicide drones made in Iran. The Shahed-136 delta-wing Kamikaze drones can be operational in less than 10 minutes and were first observed being used in September 2022. These are reportedly the same drones that the Houthi rebels used to attack Saudi Arabian oil facilities in 2019. John Kirby, a spokesman for the US National Security Council, claimed that Iranian military personnel were assisting Russian pilots who bombed Kyiv in Crimea.[1]

Since the Ukraine conflict started on February 24, 2022, Russian forces have fired thousands of cruise missiles and bombs on various targets. However, until October 2022, using Kamikaze drones in a significant number was not part of their game plan. What has changed, then?

Russia has resorted to using Iranian-made Kamikaze drones as cruise missile stocks are dwindling, which experts say could significantly strain conventional air defences. It has bought drones from Iran to launch Kamikaze attacks on vital targets and devastate Ukraine’s infrastructure.

Iranian Kamikaze drones, officially known as “Geranium 2” in Russian military service, are launched from various air, sea, and ground platforms and use real-time GPS coordinates for precise and accurate targeting. The next-generation loitering missile, a Kamikaze drone with a payload, launcher, and transport bag, is considerably smaller. It is launched from a tube and is capable of being disengaged or aborted at any time during the mission, even at the last minute, based on the operator’s commands.[2]

A simple piston engine powers a wooden propeller of the Shahed-136. It is an extremely small, low, and slow-flying unmanned air vehicle that flies more like a model plane than a weapon of war. Uzi Rubin, a Research Fellow at the Jerusalem Institute for Strategy and Security, said, “It is very simple to operate.” He said the operator has to upload the target coordinates and launch it with a small booster rocket. It is not easy to detect by radars or electro-optic devices due to its tiny size (wingspan of about two metres), its slow speed, which is typically below the threshold of detection of most radars.

Although the Shahed 136 / Geran-2’s precise characteristics are currently unknown, but information can be inferred from the wreckage and video. The vital specifications of the Shahed-136 are appended below.[3]

“As a result of the use of the Shahed-136, several tanks, self-propelled artillery pieces and wheeled vehicles, including those supplied by NATO countries, were destroyed,” claimed a statement published alongside the visuals by Russia’s ministry of defence.[4]

Russian aircraft, cruise and ballistic missiles, which are valuable and expensive, have been replaced with cheap and disposable Kamikaze drones. Compared to cruise missiles, Kamikaze drones are much smaller and less expensive. In addition, compared to other indirect fire weapons, they can be transported and launched by small units from safe positions with greater ease. The Nagorno-Karabakh conflict between Armenia and Azerbaijan in 2020 served as the first example of the effects of Kamikaze drones in a full-fledged conventional war. Unmanned Aerial Vehicles (UAVs) and loitering weapons could take out heavy ground units, such as T-72 tanks and sophisticated S-300 air defence systems, during the conflict.

According to AeroVironment, the company that makes the ‘Switchblade’ Kamikaze drone that the US has given to Ukrainian forces, loitering munitions are extremely valuable weapons in peer-to-peer combat. As they battle against modern, well-equipped armies, they can easily give a sizable advantage to less technologically advanced forces. AeroVironment asserts that loitering munitions “can tip the scale, upset the balance of combat power, and become the contemporary stone in David’s digital slingshot.” They provide impressive efficiency, cutting through and above enemy defences to precisely strike targets of choice that might otherwise be out of range for the employing force, whether they act as stand-ins for deep attack aircraft or long-range artillery that a less sophisticated force may lack.[5]

Additionally, it is believed that the Russian Shahed-136 Kamikaze drones are significantly less advanced than the ‘Harop’ loitering munitions, which were very influential during the Nagorno-Karabakh conflict. According to a Ukrainian study on Iranian-made drones, the 40 kg explosive-charged Shahed is only effective against stationary, not moving targets, so it is unlikely to tip the scales of battle. However, even as traditional missile stocks decrease, they will allow Russia to launch long-range attacks.

Shahed-136 does, however, have some drawbacks as well. These are appended below[6]:

The Shahed 136 are not homemade; the Iranian Aircraft Industrial Company makes these UAVs (HESA). HESA engineers have limited access to contemporary electronics and components due to Iran being subject to US sanctions for more than 40 years. As a result, they turn to various ruses, such as integrating readily accessible civilian components into military UAVs.[8]

It is very challenging to eliminate every UAV in a swarm of Shahed-136. First, swarms of 5–10 of these UAVs are employed. Five drones are housed in each launcher in a typical car container. Radars have difficulty picking up the Shahed-136 because they are relatively small, have a composite structure, and fly at low altitudes.

Nevertheless, countering Shahed class Kamikaze drones is not impossible. The German-made air defence tanks, self-propelled Shilka anti-aircraft guns, and 9K33 Osa, also known as SAM-8, missile launchers, are very effective against Iranian drones. It is a waste to attack a small, inexpensive drone with an extremely expensive anti-aircraft missile—there are not enough of them. Although they cannot cover all the vulnerable points / areas in Ukraine, light anti-aircraft systems like the FIM-92 Stinger type, Piorun, or Starstreak would be a solution. These systems have the drawback of being point defence weapons, which means that only crucial positions can be protected.[9] There will be far too many of these systems needed to defend a city area effectively.

The Russian military is not using Iranian drones because they perform poorly in colder climates. According to Yevgeny Silkin, speaker of the Joint Forces Command for Strategic Communications of the Armed Forces of Ukraine, Shahed-136 Kamikaze drones are made of plastic and other materials that are not frost-resistant. The inability of unmanned aerial vehicles (UAVs) to operate in subfreezing temperatures prevents using drones. Since November 17, the Ukrainian Armed Forces have not detected any Russian drone activity.[10] However, it has yet to be confirmed whether the Russian position on not using the Shahed-136 is due to a shortage or the drone’s incapability.

Several lessons are being learned from the use of loitering munitions in Ukraine. It is anticipated that military field manuals and tactics, techniques, and procedures will change quickly as their use increases in the months and years to come. More usage and resultant demand will motivate the loitering munitions industry to introduce improved systems with enhanced lethality and precise targeting.

Making efficient anti-drone solutions against Shahed-136 class drones is another challenge because using a very expensive anti-aircraft missile is inefficient in attacking a small, inexpensive drone. Simply put, there needs to be more of them in terms of numbers. Light anti-aircraft systems would be a solution, even though they cannot protect every object in the vicinity. 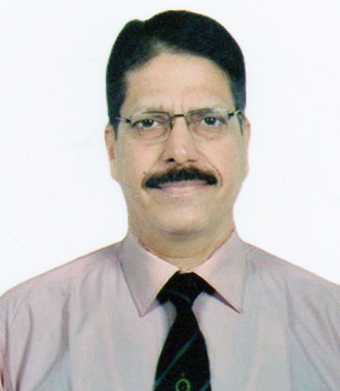