Rising Rivalry in the Indian Ocean 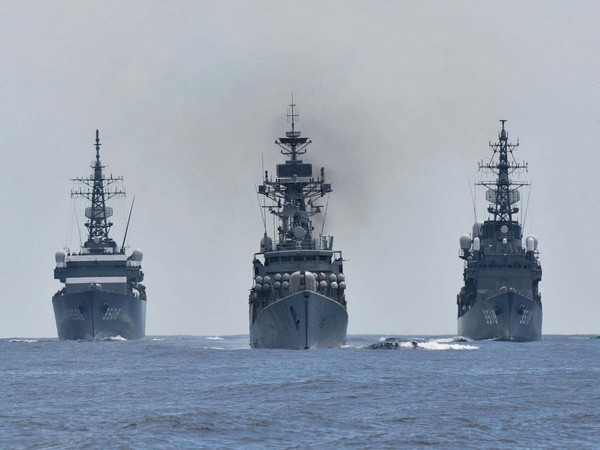 As two major emerging powers, India and China are maritime-oriented nation-states. New Delhi and Beijing have a unique set of vested interests in the Indian Ocean region (IOR). Geostrategic supremacy in this area is deemed to be a highly profitable national venture on the part of both countries. This being mentioned, geopolitical compulsions derived from the international relations (IR) theory of state-centric realism often drive a wedge between those with great intentions. India, as a top-rate democracy, portrays itself to be a benign humanitarian power with its security responses devised to protect its many national interests. China is a rabid communist nation with unpredictable tendencies in the international domain.

A former Chief of Naval Staff (CNS) of India has said that India faces a multi-front security challenge with a new two-front challenge (Pakistan-China) beginning to pose a concrete hindrance in the maritime domain, too.[1] A Chinese Indian Ocean fleet has been envisaged and this will likely attempt to dominate the Indian Ocean akin to the Soviet navy from the Cold War era. China’s most notable foray into the Indian Ocean has been in the form of deployment by one of its nuclear-powered submarines to the Sri Lankan Colombo port from the discreet Hainan Island in China’s southern region.

In 2008, China was quick to respond to a sea piracy crisis through a deployment of its own right and might, alongside other regional navies such as India. From 2013 onward, the pattern of PLAN deployment has included one submarine and a support ship. These ships have been deployed for three to four months.[2] In 2014, a Chinese navy squadron participated in an anti-piracy and Search And Rescue (SAR) drill.[3] Three Chinese ships also docked in Male, Maldives (an Indian Ocean pearl for China) in August 2017.[4] It is worrying how China has begun to equate its maritime-naval activities in the South and East China Seas with the Indian Ocean thus enabling the realization of the PLAN’s evolved doctrine of far seas protection. The Chinese strategy also extends to identifying with countries that have common strategic interests with Beijing and this is meant to, in effect, isolate India in its own backyard.

Many Indian experts believe that the Indian Navy can match the PLAN in the Indian Ocean since the western deployments by the Chinese are curtailed and stretched. In the wake of a potential conflict between the two sides in the Indian Ocean, the two forces would be competing on equal terms as opposed to their original composition. However, the prospects of an out-and-out conflict remain limited since even the skirmishes between the two historical Asian giants on land have also subsided. Land-based conflicts between India and China have reverted to the template shared by age-old unresolved territorial disputes – that of irresolution for prolonged times.

From a Chinese perspective, its food and energy security are critical to its many interests in the Indian Ocean region. The safety of the trade of these essential commodities is vital, and the PLAN is well-equipped to provide for this. China may not be entirely dependent on its food imports but its imports of food items have increased exponentially in the past few years. Meanwhile, like most major Asian nations such as India and Japan, China remains overwhelmingly dependent on the Arabian Gulf region for the procurement of a majority of its non-renewable energy (such as petroleum and liquefied natural gas).[5]

In 2021, 11% of Chinese LNG imports, or eight million tonnes, came from the kingdom of Qatar. China also considers western Southeast Asia and its geo-economic interests in countries such as Myanmar of pivotal importance to its national and maritime security.[6]

India has identified a number of littoral bases in the western IOR – for example, the Agalega Island (Madagascar) and the Assumption Island (the Seychelles). India has also obtained rights to listening posts (for example, the Duqm port in Oman) to monitor suspicious Chinese activity in the Indian Ocean. Further, by partnering with Japan, India has obtained logistics access to ports such as Djibouti – a Chinese PLAN mainstay in east Africa. Security apprehensions also remain high when considering China’s String of Pearls strategy in the Indian Ocean and the prospects of China obtaining several dual-use ports while applying debt-trap diplomacy in achieving its goal of supreme dominance of the region. China has envisaged a Maritime Silk Road (MSR) to bring back past eras of the spices-led traditional trade in the Indian Ocean. The PLAN is an instrument that will help usher in a full-fledged MSR. China also has genuine security interests which help it encircle the IOR, and more importantly India.

India has countered this Chinese plan with a Double Fish-Hook strategy which aims to counter China in the western and eastern Indian Ocean regions. The Double Fish-Hook strategy has worked toward stationing India in the many posts described above on the western maritime front. Eastern counterparts such as the Indonesian base of Sabang-Aceh and logistics access rights to Vietnamese ports in the South China Sea constitute the Indian naval presence closer to the Chinese mainland. China competes in this area, too, and its supposed second naval base (after Djibouti) in the world is in the Southeast Asian region (Cambodia).[7]

Just recently, the Indian National Security Advisor (NSA) Ajit Doval highlighted the traditional importance of the Indian Ocean as a ‘zone of peace’. However, to much disappointment, he said that the geostrategic space should be reclaimed as a ‘zone of peace’. This implies that the Indian Ocean isn’t a zone of peace per se. Indeed, this reflects a stark and disturbing reality and paints a sorry picture for the world’s third-largest oceanic space in which India has geopolitical, geo-economic, and geostrategic concerns.

The newly-appointed National Maritime Security Coordinator (NMSC), Vice Admiral G. Ashok Kumar, believes China poses a significant maritime security challenge to India in its very own waters, its Exclusive Economic Zone (EEZ). The post of the NMSC has been carved out keeping India’s maritime weaknesses in mind, exemplified by the 26/11 Mumbai terror attacks. The NMSC will also aim to restructure India’s maritime-strategic system by eventually facilitating the adoption of an apex maritime authority for the country. The proposal for the NMSC post was cleared in November 2021 by the Cabinet Committee on Security (CCS).

Vice Admiral Kumar chaired the first-ever meeting, in New Delhi, of the Multi-Agency Maritime Security Group (MAMSG) which was attended by the Indian NSA. The MAMSG is an official undertaking of the Government of India (GOI) which includes the very top echelons of its national security. The meeting was inaugurated by the Indian NSA on June 30th. The meeting found itself in the attendance of the NSA, the NMSC, and other top officials of the government of India who are all concerned with maritime and national security. The meeting is chaired by the NMSC. The post has been due for over two decades because it was recommended first in 2001 by a ‘Group of Ministers’ report on reforming India’s national security system. The MAMSG aims to bridge the gap between the terrestrial and maritime domains. This is because the former is accorded far more priority than the latter and this is a critical issue since India suffered its worst terror attack (26/11) via the maritime medium. Holistic maritime security with attention to non-traditional threats such as armed crimes at sea and smuggling activities is the core aim of the group.

The NSA has stated that there should be seamless coordination among the various maritime agencies of the country. The MAMSG will form the central component of India’s maritime security system which will be perfected by the adoption of an apex-level maritime authority. Clearly, the MAMSG will seek to curtail PLAN activities in India’s neighbourhood thus qualifying the Prime Minister’s Security And Growth for All in the Region (SAGAR) maxim along with the Neighbourhood First policy.

The importance of the adoption of a strict governmental approach featuring the NSA and his overwatch of the MAMSG signifies India’s absolute determination to better maritime security before miscreants such as pirates and maritime terrorists or natural disasters do. The NMSC is integral to India’s National Security Council (NSC) and it has been recommended that India proceed further on this route through State Maritime Security Coordinators (SMSCs) who can delve better into localised maritime security issues such as coastal security threats.[8]

To conclude, the MAMSG aims to formulate a definitive perspective on the China challenge in the Indian Ocean from the purview of maritime security. As things stand, the two countries operate with a high degree of animosity towards each other in any medium. This is despite being large trading partners and also focussed on genuine cooperation across spheres such as culture, soft power, and in tackling common problems such as climate change.

New Delhi and Beijing are also known to accord much respect to the sea lanes of communication which account for billions of dollars in two-way or multi-way trade. They are also contrastingly at the forefront of anti-piracy initiatives in vulnerable areas such as the Horn of Africa. While India’s Act East policy is predominantly geo-economic in nature, it cannot be discarded how India is meant to eventually utilise strategic spaces such as the eastern Andaman and Nicobar Islands to scale many strengths against the Chinese hegemon.

Going ahead, it is safe to presume that the Indian Ocean, the third largest in the world, will inevitably prove to be the stage for an evolving maritime ‘Great Game’ between China and the United States in the Indian Ocean. That such a ‘Great Game’ will also involve the region’s rising resident power in India is a necessity for great power competition. One is left to express optimism that state-versus-state conflicts are the past and that big powers can peacefully bring about their domestic rise as well as the common and combined rise of the global commons (such as the high seas). 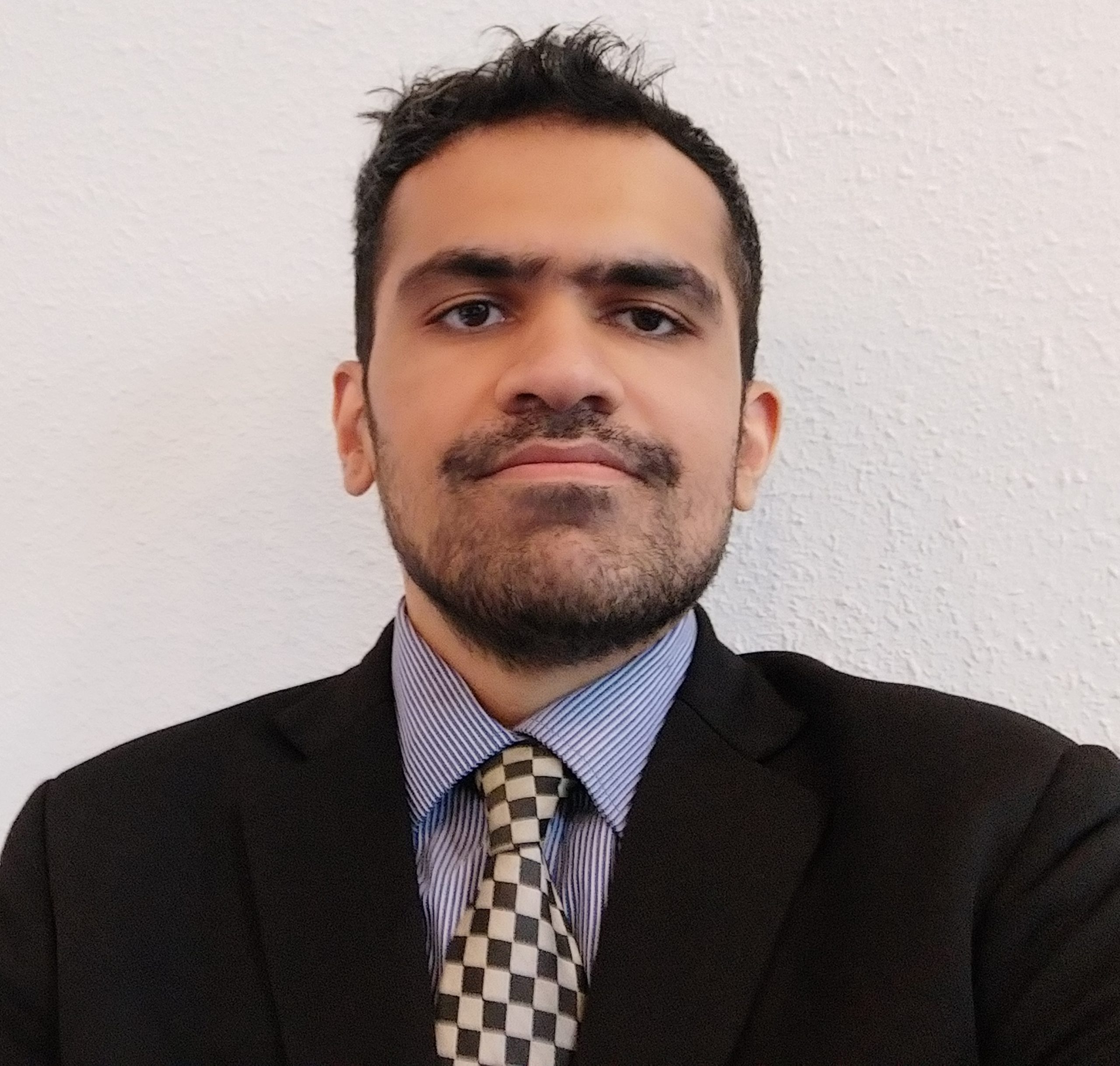 Jay Maniyar is a Researcher affiliated to the National Maritime Foundation in New Delhi, India. He writes on issues pertaining to Japan, the Republic of Korea (ROK), the ASEAN, and the Indian Ocean and Indo-Pacific regions of the world.