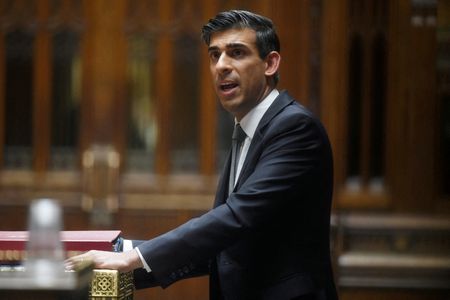 London, Jul 13 (PTI) Former Chancellor Rishi Sunak extended his lead in the UK prime ministerial race on Wednesday with the highest number of votes at 88 in the first round of voting by Conservative Party MPs, which narrowed down the race from eight to six candidates on the shortlist.

Newly appointed Chancellor Nadhim Zahawi and former Cabinet minister Jeremy Hunt are out of the race after not being able to attract the requisite votes of at least 30 MPs, at 25 and 18 backers respectively.

While Sunak, 42, has maintained a steady lead among his Tory parliamentary colleagues since he declared his intention to run for party leadership last week, the Conservative Party membership base which will have the final say seems to be building momentum behind Penny Mordaunt.

Sunak, Infosys co-founder Narayana Murthy’s son-in-law, told the BBC he feels “great” about the result of the first round of voting.

At this early stage of the contest, the race seems to be narrowing down into a three-way Sunak, Mordaunt and Liz Truss clash, but the field is still seen as wide open.

The next round of voting by the 358 Conservative members of Parliament to pick their favourites left on the ballot paper is scheduled for Thursday, when the field of candidates will be narrowed down even further to a shorter list of finalists.

Under the timetable set by the 1922 Committee of Tory backbenchers, the deadline to whittle down the shortlist to just two remaining candidates is July 21.

The process will then be taken over by the Conservative Party headquarters to organise a series of hustings in different parts of the UK for the final two to pitch their campaign pledges to the estimated 200,000 Conservative Party membership.

The candidate who receives the most votes will be elected the new Conservative Party and British Prime Minister leader on September 5, taking over from Boris Johnson.

Meanwhile, a spokesperson for Truss, said: “Now is the time for colleagues to unite behind the candidate who will cut taxes, deliver the real economic change we need from day one and ensure Putin loses in Ukraine.

“Liz has the experience to deliver the benefits of Brexit from day one, grow our economy and support working families.” Mordaunt, who got 67 votes, released a video in which she thanked “everyone who has supported my campaign”.

Tom Tugendhat said: “This is a fantastic result.”