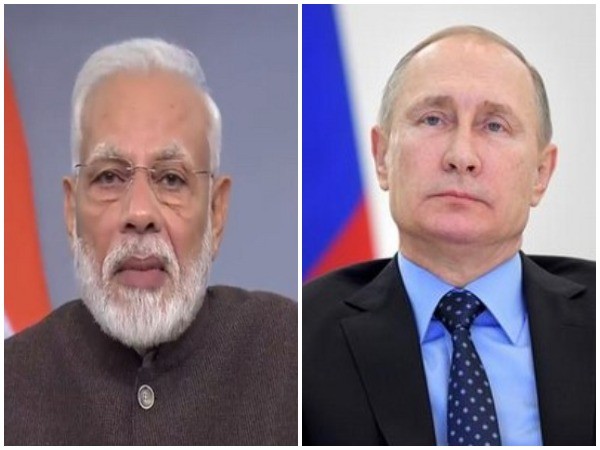 If Rip Wan Winkle had gone into deep slumber on December 6, 1971 and woken up on December 6, 2021, he would have thought that nothing had changed in the world. He would have felt that it was quite natural for the successors of Indira Gandhi and Leonid Brezhnev to have a summit in New Delhi to recall the victory, fifty years ago, of their two countries in liberating Bangladesh. He would not have known that the Soviet Union had disappeared, Indira Gandhi’s successor was from BJP, the Indo-Soviet Treaty of Friendship and Cooperation was long forgotten, the legacy of Nixon and Kissinger had been abandoned by both India and the United States to be in a near embrace. He would have not expected the Cold War was not anymore between Washington and Moscow.

Those of us who kept awake these fifty years will know that the Modi-Putin summit was touch and go, with the pandemic still not permitting full face to face meetings, India and Russia in opposite camps on Ladakh and Afghanistan and US and India in a Quad embrace, Russia much less powerful than China and China on the verge of war with Taiwan and Russia amassing troops on the Ukrainian border. There was many a slip between the cup and the lip.

In fact, the Modi-Putin summit is the result of the extraordinary deft diplomatic jugglery on the part of India, virtually crisscrossing ideological and strategic barriers to make selective alignment appear like universal alignment. There is no more zero tolerance for unilateral alteration of the Line of Actual Control and India has patiently continued the negotiations for disengagement, even as China is fortifying its new positions. The number of meetings that India has been holding with China at high levels is a virtual record.  BRICS, RIC and SCO proceed unimpeded despite the tension on the border.

India-US relations continue to flourish, regardless of the formation of AUKUS, which has diluted the significance of the Quad and criticism of Indian democracy and threat of sanctions on account of the import of S-400 missiles from Russia. Indian diplomacy creates the impression that the strategy is to have long term relationships without expectation of immediate gains. The looming threat from China is driving India in different directions.

President Putin had travelled out of his country only once so far since the advent of the pandemic and that was to meet President Biden in Geneva to stem the tide of US hostility. The fact that he chose India to make his second visit out of the country at a time when tension has been brewing on the Ukrainian border, involving a threat from the European Union and NATO is truly remarkable. Differences with India on China and Afghanistan have not stopped him from his travel to India.

The focus of the visit will be on bilateral matters, particularly defense cooperation. The delivery of S-400 missiles itself is an important landmark. The annual summits between India and Russia, started by the then Prime Minister Atal Bihari Vajpayee has become a sacred institution and the addition of the 2+2 format will give greater substance to bilateral deliberation.

The stress is on issue-based cooperation and not on the definition of any geographical region. India’s emphasis on “open and inclusive” sea channels takes the anti-China sting out of the Indo-Pacific concept. India has been playing a significant role in the Russian Far East and the Chennai-Vladivostok marine corridor is an integral part of the Indian vision of the Indo-Pacific, though the Russians prefer its old name.

Defense purchases have been the key to the relationship between the two countries from the time of the Soviet Union. The diversification of India’s defense imports caused some disquiet in Russia, which flirted with Pakistan through joint military exercises for a while and some tension was visible till India made a huge purchase of military equipment from Russia. Several defense deals are on the anvil this time, including an agreement to manufacture of AK-203 assault rifles.

A logistics agreement with India will also restore Russian confidence in India’s strategic posture in the Indo-Pacific. In addition, there will be further measures in the areas of energy, nuclear and space sectors, which will benefit both the countries. The climate change action plan of Glasgow, though deficient in many respects, will also come up for discussion to explore how zero net emission targets of both the countries can be explored.

India’s Covid-19 diplomacy has been without political strings and the involvement of the Quad in dealing with the pandemic is no hindrance to cooperation with Russia. As the Covid danger in Russia is escalating and India is in a relatively better position, the search for vaccines and medicines is likely to be of interest to both when the world is in the grip of a variant of concern. The failure of the UN to make a collective effort to combat Covid-19 has imposed an obligation for countries to enhance bilateral and multilateral efforts in the battle.

Afghanistan and other global issues will naturally engage the leaders, but Russia’s policy of supporting China by being soft on the Taliban does not meet India’s grave concern over the emergence of a narco-terrorist state in our neighborhood. Unless Russia has intelligence to share on Taliban’s intentions, the position of Moscow will not offer any path for joint action. Humanitarian assistance is the only area where the two countries can co-operate.

The significance of the visit of President Putin lies in the success of deft diplomacy of India, which has kept communications open with all global players and facilitated dialogue in all possible permutations and combinations. The only remaining dialogue that India can establish, as noted by eminent commentator, Sanjay Baru, is of Russia, America and India (RAI). Such a dialogue will promote ideas of cooperation with out causing undue suspicion in China. But this will not be easy, particularly in the context Biden’s democracy initiative, which is seen by both Russia and China as an American ploy to divide the world.