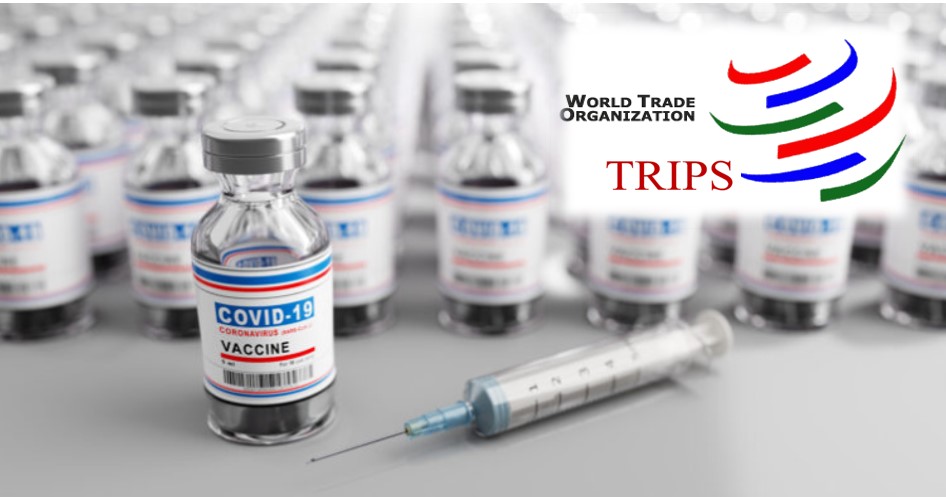 In a statement issued on 06 May, India’s Ministry of External Affairs (MEA) endorsed the support from USA for TRIPS waiver for Covid vaccines. MEA press release read, “In view of the global health crisis and the need to combat the Covid 19 pandemic, India and South Africa proposed in WTO on 2nd Oct, 2020 a relaxation in the norms of the agreement on TRIPS, to ensure quick and affordable access to vaccines and medicines for developing countries. As a result of proactive outreach by India and other like-minded countries, the proposal has received the support of more than 120 countries. During his recent phone call on 26 April 2021 with the US President Biden, Prime Minister informed him about India’s initiative at the WTO which was aimed at the benefit of humanity. We welcome the statement of the US government of 5th May announcing their support for this initiative. We are hopeful that with a consensus based approach, the waiver can be approved quickly at the WTO. The waiver is an important step for enabling rapid scaling up of manufacture and timely availability of affordable Covid 19 vaccines and essential medical products.”

In 2020, South Africa and India proposed that WTO grant a temporary waiver to enable more widespread production of the vaccines, since suppressing the virus as quickly as possible benefits the entire world. This created conflicts among WTO members over patents, copyrights and trade secrets related to COVID-19 vaccines, with developing countries supporting the move and G7 blocking it which was widely condemned. The unprecedented second wave in India made the world leaders including that of developed countries take notice and realise the fact that the virus if not contained on war footing can create havoc in any country and wreck the economies. The cost of not granting waiver could prove to be exorbitant than making it licence free and prevent future waves of the pandemic.

WHO has come out in support of waiving patents and said that it will put the world on war footing against the SARS2 virus. The world body cautioned that though  this week vaccines manufactured in India for the global vaccine access programme COVAX reached Ghana, Cote d’Ivoire and Columbia, it was offset by the shame that many countries hit hard during the pandemic have still not received any vaccines. Dr Tedros Adhanom Ghebreyesus, Director-General, WHO writes, “I appreciate that India is sharing doses now and also welcome G7 countries committing to sharing a portion of their vaccines, as well as pledging significant amounts of new funding to COVAX. However, of the 225 million vaccine doses that have been administered so far, the vast majority have been in a handful of rich and vaccine producing countries, while most low- and middle-income countries watch and wait. A me-first approach might serve short-term political interests, but it is self-defeating and will lead to a protracted recovery with trade and travel continuing to suffer.” He adds, “Flexibilities in trade regulations exist for emergencies, and surely a global pandemic, which has forced many societies to shut down and caused so much harm to business – both large and small – qualifies. We need to be on a war footing, and it’s important to be clear about what is needed. Waving patents temporarily won’t mean innovators miss out. Like during the HIV crisis or in a war, companies will be paid royalties for the products they manufacture.”

However, the process of patent waiver could be long and involve negotiations at various levels. Biden’s support saw the stock prices of US Pharma companies tumbling, while Germany and a few countries are against the proposed IP waiver. So far EU, France, Australia, New Zealand are among the countries which welcomed the US decision to support TRIPS waiver. The IP waiver might open up space for production of Covid vaccines with emergency use authorisations (EUA) — such as those developed by Pfizer, Moderna, AstraZeneca, Novavax, Johnson & Johnson and Bharat Biotech — on a larger scale in middle-income countries. However, government  must assure all vaccine manufacturers that they will face minimum regulatory risks, such as that of unexpectedly imposing price controls. Trade barriers, bottlenecks in supply chain and production facilities are also factors which will affect the production even if IP is waived. Experts are of the view that that the advantage could ultimately depend on the agreements later between the patent holders and local license seekers once the waiver is granted by the WTO. There is widespread optimism that the stand taken by India and South Africa, now vindicated, gives hope for developing and poor countries for faster and cheaper access to vaccines.