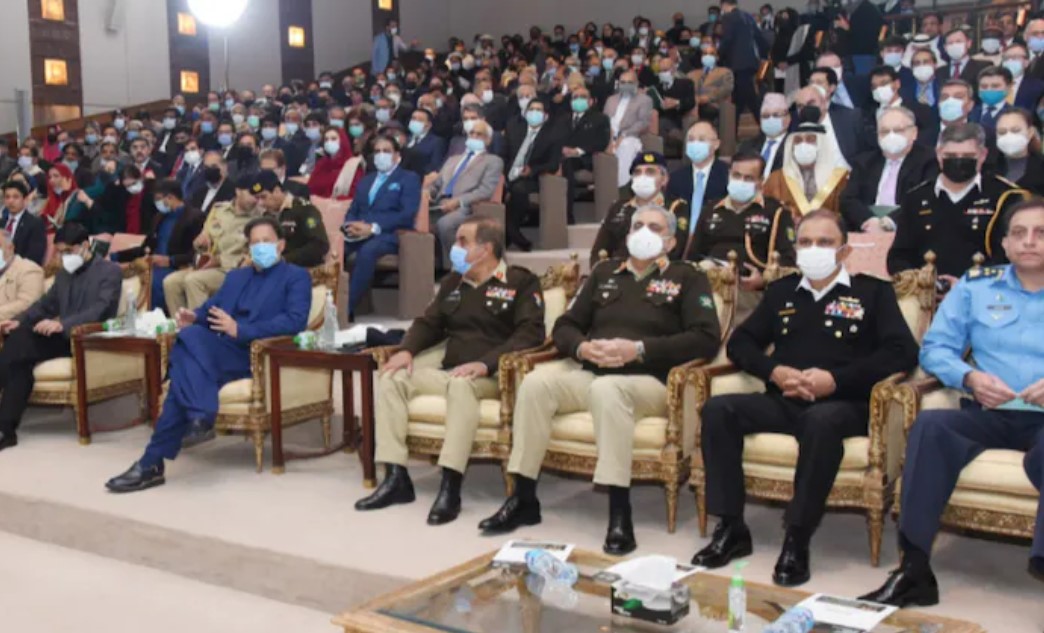 A National Security Policy (NSP) paper has recently been released by Pakistan purportedly after working seven years on it through a vast consultative process. There are two parts of the policy, a classified portion and a public document. The latter, about a 50-page document attempts to address Pakistan’s national security beyond the old world perception of borders, kinetics and territory. It is a conceptual document meant for doctrinal guidance and to that extent does not overstep to get into unnecessary details. Yet there are clear indicators reflective of the thinking within Pakistan’s current leadership.

The life of this policy is five years and it’s to be reviewed every year too. It’s not possible to address the plethora of issues contained within, some of them mentioned only peripherally. Some significant aspects particularly those affecting the subcontinent and Indo Pak relations will be examined here.

It’s good to remember that the classified part of the policy would obviously bear the whole truth as far as detail is concerned. Yet at the outset it is obvious that the NSP is being put out at a time when Pakistan is feeling the heat of international pressure and struggling to establish an image of sobriety. Under FATF pressure for being unable to curtail terrorist financing, in the eye of the storm for its continued support to elements who promote extremist violence and terror, and suffering a radical backlash internally, Pakistan is clearly not in any take off stage to adopt the new policy. It is more likely a projection to placate opinion internationally that things are changing in Pakistan.

It’s quite clear that Pakistan has fully realised how inadequately it has addressed the entire domain of economics. From geo-economics to the nuances of handling local economic issues, Pakistan has messed it royally. There was a time when Pakistanis proudly indicated to Indians that the quality of life in their country was far superior. Since then, much water has flown down the Indus and the Ganges.

Pakistan is one of those nations today which actually stands on the verge of a potential catastrophic class divide with the yawning gap between haves and have-nots, raising fears of the streets turning even more violent. While Pakistan’s leadership may allege an external hand and proxies in terms of its internal dynamics, the truth is that economic deprivation as a nation in general, dependence on doles and aid, and inability to bring technical and other high-quality education to the masses, has all prevented its people from rising above obscurantist practises and belief.

The focus on geo-economics and more prudent management of the internal economy is a sensible step as a part of the NSP, but executing this through the maze of challenges is likely to prove a nightmare. Its geo-strategic location can be of immense value if it utilises it better rather than only as an obstacle or a threat. Trade with India and transit facilities for Indian trade with Afghanistan and Central Asia can prove very beneficial to both countries. However, through this policy Pakistan is seeking conditionalities with India for resumption of trade; it is primarily afraid of being swamped by Indian goods at the cost of its own industry.

In attempting to focus on economics as the core centre of its policy, Pakistan obviously looks at creating resources for higher levels of human security. However, considering that it is the Pakistan Army which manages foreign and defence policy and also has high stakes in the economic policy, the division of the pie will be contingent upon how the Army perceives the state of threats.

While we in India would definitely look at the bilateral aspects of security, the interesting part is the inconsistencies involved with Pakistan’s internal security. We are aware that Pakistan’s strategy against India has been based upon the entire idea of retribution for the military defeat in 1971. The Pakistan Armed Forces had adopted the idea of a thousand cuts to bleed India through a slow process of hybrid conflict using multiple domains. Among them was the employment of obscurantist Islamic ideology to wean J&K away.

The blowback from this policy deeply affected Pakistan’s internal security which ultimately led to a four year long military campaign to defeat it. While the NSP too obliquely refers to proxies at the core of the threats within, the truth is that Pakistan has to recognize and accept that unless it finds a solution to the ideological issues, the struggle to modernise as a state is going to be an insurmountable challenge. No one expects Pakistan to accept all this but if under FATF pressure it could carry out some 27 changes in its various ways of functioning it could possibly still find ways to get out of the woods.

While Pakistan may wish for peace with India over the next hundred years, the sincerity of this is immediately questionable when it lays down that it cannot do business of peace with the current Indian Government. The longevity of the NSP is five years and the Modi Government in India will be in office for 30 months. That in effect means that the application of this policy to Pakistan’s main adversary is for less than half of its life span. If the current government returns to power, then the policy will again be in limbo for another five years, making it almost meaningless.

The real meaning of this is that with India there is no change of policy. A below threshold hybrid conflict under Pakistan’s control is intended to serve Pakistan’s interest; in actual effect the Pakistan Army’s interest.

The NSP downplays the nuclear strategic aspects and mentions this in just a paragraph, emphasising on the deterrence factor against India. What the world worries about does not find mention; whether the strategic assets are under guaranteed security from rogue elements. Information and cyber are two domains likely to dictate the future of warfare, especially the hybrid variety. There appears a level of confidence in handling these; the Chinese backing is well known.

The maritime domain finds mention perhaps because of the recent and continuing hype about the Indo Pacific and the presence of India at the high table with the US and its allies. It says – “The self-professed role of any one country as a so-called net security provider in the wider Indian Ocean would affect the region’s security and economic effects negatively”. Although Pakistan is cooperating with China in the North-West Indian Ocean for mutual security of the sea lanes clearly it is fearful of an Indian naval blockade of its coastline. This fear is apparently addressed in its short paragraph on ‘maritime competition’.

In relation to J&K, the NSP alleges human rights violations by India in Kashmir. It professes that “it remains steadfast in its moral, diplomatic, political and legal support to the people of Kashmir until they achieve their right to self-determination.” That spells no departure from the policy actively adopted over the last 33 years with no window of opportunity to exploit the current ceasefire. Probably the over 100-page classified part of the NSP will contain more detail on J&K and how Pakistan proposes to take forward the conflict.

While specifically addressing issues related to India it states – “the political exploitation of a policy of belligerence towards Pakistan by India’s leadership has led to the threat of military adventurism and non-contact warfare to our immediate east”. Someone reading this in the stand-alone mode without knowing the context and without knowledge of affairs of the subcontinent would consider Pakistan as the most benign state, bullied into conformism. Even in the articulation of its national security policy, Pakistan has exhibited its masterly control over communication and information, projecting India as the villain of the peace and the most aggressive nation on the face of the earth while suitably concealing how it has used asymmetry to total advantage in every field of security.

Of interest is also the paragraph on relations with the US which runs on expected lines about peace and cooperation. “Broadening the partnership beyond a narrow counter-terrorism focus will be a priority”. What Pakistan fully realizes is that the US seeks its cooperation to ensure that the Taliban in Afghanistan remains under check at a threshold to prevent destabilisation of the region and proliferation of terror networks. The US is dependent on Pakistan to ensure that it can focus its energy in the Indo Pacific region.  US pressure on India to enhance its limit of tolerance a couple of notches is also likely.

All in all, some old wine in new bottles, suitably articulated and without sounding acidic or overtly aggressive is what Pakistan’s new NSP is all about. It means very little; it’s the classified policy which needs to be accessed to get a measure of what is cooking. The NSP is neither a guideline for internal consumption nor a message to India. It’s primarily addressed at its western audience to soft sell Pakistan as a nation in pursuit of peace. If the Indian strategic community lets this pass uncontested and without suitable garnishing of our analyses it would indeed be sacrilege.

Jan 27, 2022
Pakistan is delusional in the extreme. But it will not be a failed state as long as it can pay its army. I commend the PM and Doval; they have done a few things right (like retaliate, a notion otherwise foreign to India). Here is what Pakistan wants: 'talk to us, because we want Kashmir, and because we want you to destroy yourself, so please do so.' What it says is: 'talk to us, let us trade.' We would be well advised to totally ignore Pakistan. If was up to me, here is what I would say to Pakistan: "You stay there. We stay here. No talk. None of your artists are welcome here, we are not sending anyone there. You want to talk? Send over about 1500 of the fugitives (that would include that war criminal Musharraf), we will try them, and punish them. Then, clear out of POK. Then, when we are good and ready, we will call you (yani kay, don't call us). In about five years, when you are fully owned by China, we will talk to China instead."