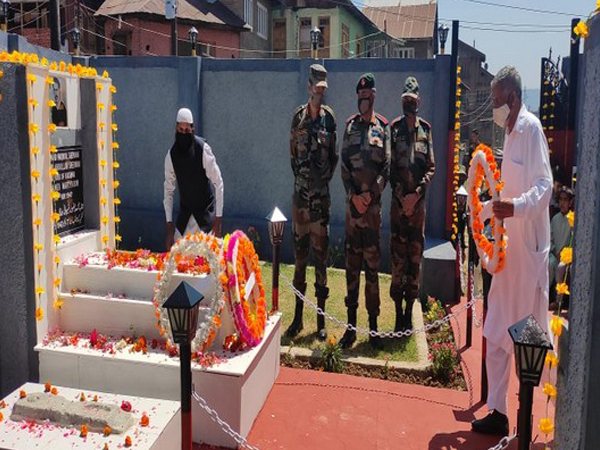 When ‘hybrid’ is the strategy a nation indulges in, its intent is to exasperate, break, frustrate and defeat the adversary, and no stone is left unturned to achieve that. Any and every domain available is exploited to probe in a bid to create openings and feel the weak spots.

The reported Pakistani sponsored London-based law firm Stoke White’s application to the British police on 18 January 2022 demanding the arrest of India’s Home Minister and Army Chief, along with some senior Indian Army officers and government officials, over their supposed roles in alleged crimes in J&K, exemplifies just what is stated above. Such actions on the part of Pakistan may sound ridiculous but must never be underestimated.

The entire intent of hybrid strategy is to use kinetic actions mixed with doses of diplomacy and subterfuge to keep an alleged dispute alive, and refuse to allow the world to forget it by keeping it centre stage with the aim to promote dissent in the target population. It always aims to convey the ‘unwinnability’ of the conflict to the adversary. In these efforts it is the information domain which plays a major role.

Pakistan has never flinched from taking such actions, all of which remain deniable because the official hand is never revealed. This is not the first time that Pakistan’s information managers, the Inter Service Public Relations (ISPR), which has had much experience in handling the Afghanistan and J&K conflicts, have tried greater international traction of the Pakistan narrative.

It would be recalled that in 2011 Ghulam Nabi Fai who had earlier founded the organisation Kashmiri American Council (KAC) in the United States and carried out lobbying on behalf of Kashmiri separatism, reinvigorated his campaign at the ISI’s behest. He was a friend of Hizbul Mujahideen chief Syed Salahuddin. According to the FBI, the KAC would arrange seminars, conferences and lectures on Kashmir, especially an annual so-called “Kashmir Peace Conference” which was presented as “an independent forum for Indian, Pakistani and Kashmiri voices”.

However, the US Justice Department proved in court that the Pakistan Army, specifically the ISI, approved the list of speakers and gave Fai talking points to highlight the Kashmir cause from a Pakistani angle. So what we are witnessing with the recent effort is something similar; drawing international attention and creating negativity about the Indian narrative.

It’s an idea that the Pakistanis are partially borrowing from the US concept of sanctions. When the US sanctions individual officials of target countries they are not able to travel freely, amounting to harassment. By lodging legal complaints against Indian officials and even the Home Minister and Army Chief, Pakistan is attempting harassment with the hope that the courts will pass strictures and the immigration system of the UK will take due note. The idea will be to spread this to the ambit of Interpol to have more international implications. Of course, these are pipe dreams that Pakistani agencies live with underestimating the image that India carries and its capability to quell all such efforts. Yet there are Indian narratives that need to be strengthened by us.

Living in India and listening and watching Indian anchors on television, or strategic analysts answering queries with a full justification of actions by our troops in different settings of hybrid conflict, the public obviously gets our view point. It is difficult for it to understand that there is another version of events being put out by the adversary to defeat our narrative.

A narrative is nothing but a version giving facts and put together as a rational set of ideas. One narrative can be spun into many by simply the use of words and an opposing rationale. It is Pakistan’s intent to keep the J&K issue alive as a dispute in the minds of the public of J&K as also that of the world. It’s a question of how eyeballs can be attracted to read and listen to versions of the narrative it has spun.

It’s not certain who is teaching whom regarding the battle of narratives. Pakistan’s strategic partner and ally China does it all the time as a declared part of its war strategy. Legal war, media war and psychological war, form the bedrock of China’s ‘Three Wars Strategy’, much of which is being played out against nations around the South China Sea where China is establishing its claims on ‘legal spin’, and against India at the northern borders through settling villages in claimed areas and changing names on maps.

Two facts need to be known to all. First, that the J&K issue has been obfuscated and made complex through historical way points and further exacerbated by Pakistan’s information blitz.

The Indian narrative is very clear. First the UN Resolutions are no longer valid once Pakistan accepted and agreed to use bilateral consultation, under the Shimla Agreement of 1972, as the way towards resolution of the issue. Pakistan’s frequent resort to use force to resolve the issue has rendered the UN Resolutions void. India is always willing to discuss issues; however it will not resort to talks as long as a proxy war is being sponsored in J&K.

The violence witnessed for the last thirty years is purely at the behest of Pakistan’s sponsorship of proxies and terror related networks which have led to such loss of life and disruption in the region. Even if Pakistan talks of UN resolutions, it is clear that it faulted by not withdrawing its forces in order to conduct the plebiscite which was a part of the resolution. The Instrument of Accession signed by the Maharaja of J&K on 26 October 1947 legally ceded control of the territory to the Union of India, a status which continues to the day.

Pakistan has chosen to use hybrid strategy including the use of street violence and terrorism to bring turbulence to the state and thereby hope to draw attention of the international community. India’s stand point is well endorsed by the fact that only a handful of nations support Pakistan’s contention and the international community at large believes that bilateralism is the best way forward, provided Pakistan abjures the use of violence to hold India to ransom.

Pakistan’s information blitz is worldwide and comprehensive; it is a part of its hybrid strategy. Frequently it holds events internationally at important capital cities of the world to cultivate various influential people, the media and political personalities to endorse its version of the narrative on J&K. My experience reveals that the Shimla Agreement is cleverly avoided and a clear case is made for international intervention. The ISPR also watches out for important international conventions and seminars at important think tanks. It ensures the presence of its retired diplomats and military personnel at such gatherings to speak off and on the table in an effort to cultivate and sway opinion on narratives.

While India’s efforts in the official diplomatic domain have been praiseworthy, especially in the wake of the amendment of Article 370 on 5 August 2019, it could examine the need for unofficial outreach and influence to neutralise Pakistan’s efforts and cultivate the Indian narrative. We must not be conservative in our approach on this as the information game is only likely to expand in scope into the future. More structures are required for this as it cannot remain a domain of just the diplomatic corps or intelligence agencies and needs a more holistic policy.

Image – Indian Army organises prayers for Janab Maqbool Sherwani, a Kashmiri youth from Baramulla, Kashmir who bravely fought the Pakistani raiders and was later brutally killed by them in 1947.

Feb 03, 2022
I would disagree with the inference that India's official narrative is compelling (to anyone outside of India). Our delegates mostly mumble their way through a stilted script in the UN. You'd think they are reading the Mumbai phone directory. Hence, a failing, terrorist beggar nation has a narrative that is deemed equivalent of that produced by a democratic nation. We are making nothing clear to anyone that matters, although we tend to be very very impressed with ourselves.

Feb 02, 2022
Mr. Atta has all the right to write what he thinks but fact of matter is that this is ping pong until we are ready for final fight. that will the do or die for us and we are making our self ready for that. good day for now