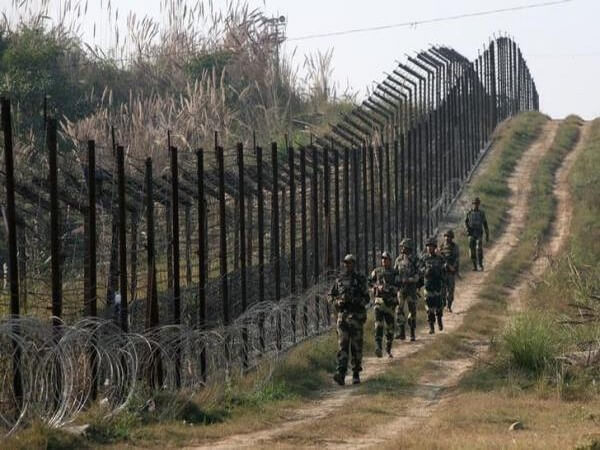 In Rawalakot of Pakistan Occupied Kashmir (PoK), when Waqar entered his village on August 23, hundreds of Jaish terror recruits welcomed him in a cavalcade with repeated firing in the air. The giant speakers arranged in the village screamed “Mubarak ho” amidst celebratory gunfire noise in the background. Through the towns and villages, gun-toting young terror recruits waving Jaish white flag, continued celebrations all day.

Waqar had spent months in a prison near Kabul after he was arrested by the Afghan Spy agency NDS for collaborating with Pakistan in terror crimes on Afghan soil. A recruit of the Jaish e Muhammad, Waqar was a free man within days of August 15 when Kabul fell.

Waqar is one of many Jaish e Muhammad and Lashkar e Tayyiba terrorists released from prisons across Afghanistan and now yet again training in several camps – particularly in Afghanistan and Pakistan Occupied Kashmir (PoK).

Undeterred by the recent announcement of the Financial Action Task Force (FATF) to keep Pakistan in the grey list of the global watchdog for money laundering and terror financing, Rawalpindi continues to escalate movements to re-establish terror camps of Jaish e Muhammad and Lashkar e Tayyiba that had fallen silent for last few years. FATF has asked Pakistan to act against UN designated terrorists including Mumbai 26/11 mastermind Hafiz Saeed and Jaish e Muhammad Chief Maulana Masood Azhar who is said to be the chief architect of the Pulwama terror attack of 2019, in which 40 Indian CRPF personnel were killed in suicide bombing. Lack of further commitment or cooperation on technical aspects by Pakistan can lead them now to a black list that will further worsen its internal economic situation and debt.

Back in Kashmir, the month of October has been the deadliest for both civilian casualties in terror attacks as well as security forces who got killed in action. Over 11 civilians were selectively targeted by terror groups – most victims being minority Hindus and from Sikh community of Kashmir. A sudden fear gripped the minority communities of the valley after the repeated killings in Srinagar and other districts.

On the sidelines of these horrific terror killings in Kashmir, a massive gun-battle was underway between Indian Army and terrorists hiding near India-Pakistan Line of Control in Poonch of Jammu & Kashmiri. In less than two weeks, India lost 9 soldiers in the gun-battle. Even as 23 civilians and security forces personnel were killed in Jammu & Kashmir in October, security forces were able to kill over 20 terrorists this month in more than 15 encounters.

Jammu & Kashmir Police has noticed a new trend of hybrid terrorists in the Kashmir valley where a terrorist who isn’t listed in the terror ranks or the records of the security forces, is chosen to conduct a terror strike in a group or a lone wolf attack and then soon after he disappears as a normal citizen into regular life.  This has proven to be a significant challenge for the forces.

Amidst pressure after civilian killings, Jammu & Kashmir Police nabbed over 900 Over Ground Workers (OGWs) from different corners of the valley to cripple the terror ecosystem. Over 26 highly indoctrinated terrorists who were lodged in different prisons of Jammu, Srinagar and Baramulla were shifted in a special Indian Air Force (IAF) aircraft to Agra in Uttar Pradesh. This move is also being seen to cut off terror planning and recruitment which was underway from these jails.

Ever since the NIA coordinated raids in 2017 in Kashmir which crippled Pakistan sponsored separatism, a need was felt for setting up a separate security wing to deal with terror related cases. Jammu & Kashmir now gets a new State Investigation Agency (SIA) as nodal Agency to coordinate with the NIA on terror cases. The SIA would be responsible for investigating all offences having terrorism linkages, all terrorist acts including terror financing and circulation of high-quantity fake Indian currency. The cases under UAPA and Explosive Substances Act shall also come under them among other similar acts.

These steps taken by the Jammu & Kashmir Police in consultation with the National Security Council Secretariat and Ministry of Home Affairs are very timely and shall keep a grip on the internal terror mechanisms. Yet a two-fold growing challenge that remains for the security forces and the government is the lack of human intelligence and significant growing radicalisation in Kashmir – particularly in villages of South Kashmir.

The historic abrogation of Article 370 had brought to a standstill the internet and communications in Jammu & Kashmir for more than a year. Security agencies feared that Pakistan would be desperate to instigate widespread violence which would end up becoming a major law and order problem. While Pakistan’s intensions were choked and made unsuccessful, in the process the human intelligence network of security agencies suffered a major jolt.

The recent killings in Kashmir and the large-scale engagement of terrorists with Indian Army at the border points to a modus operandi of Pakistan to keep the Kashmir pot boiling somehow so that the international attention remains on it and the changing valley could still be called a ‘conflict’.

India will have to remain alert to the possibility of large-scale infiltration from both Jammu as well as Kashmir sectors. Taliban’s rise in Afghanistan could give a renewed push to Pakistani terror groups to re-group and re-strategise their infiltration and terror game plans in the valley. The onset of winters and snowfall may bring a temporary respite for India in Kashmir. Yet it would be wise to prepare in advance for the summer of 2022, if government wants to conduct successful democratic polls later next year. 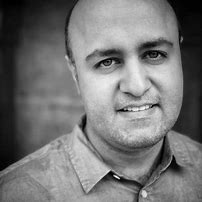 Aditya Raj Kaul is a senior journalist with more than a decade long experience in covering Conflict, Foreign Policy, and Internal security.

Nov 03, 2021
Hi Pak has increased terror activity in J&K and the only reason they are succeeding is because of local support. Do these locals really want to be a part of a failed experiment like Pakistan? How about we call their bluff and have plabisite in Kashmir and POK.

Nov 03, 2021
This defensive policy of ours will cost us dearly. In the current scenario, terrorists are a dime a dozen. If we kill 20-30 terrorists they will be replaced by 20-30 new ones. If we seriously want to put an end to this terrorism in Kashmir then we have to adopt an offensive approach and go after the backers and financiers of such terrorists. We have to take the initiative and start targeting the assets and families of the Pakistani Military Establishment, not only inside Pakistan but all around the world. We must put this fear in their minds that, if they mess with us then, they will have to pay for it, not only in financial terms but also through the loss of their near and dear ones. I’m sure that we can afford to hire a few, dime a dozen, terrorists for this purpose. Only then will these enemies of India get the message that it’s not worth messing with us. Until and unless we adopt such an aggressive policy, these terrorists will continue to shed the blood of our soldiers and innocent civilians.