No country will be victorious in Russia-Ukraine war: PM Modi after talks with German Chancellor 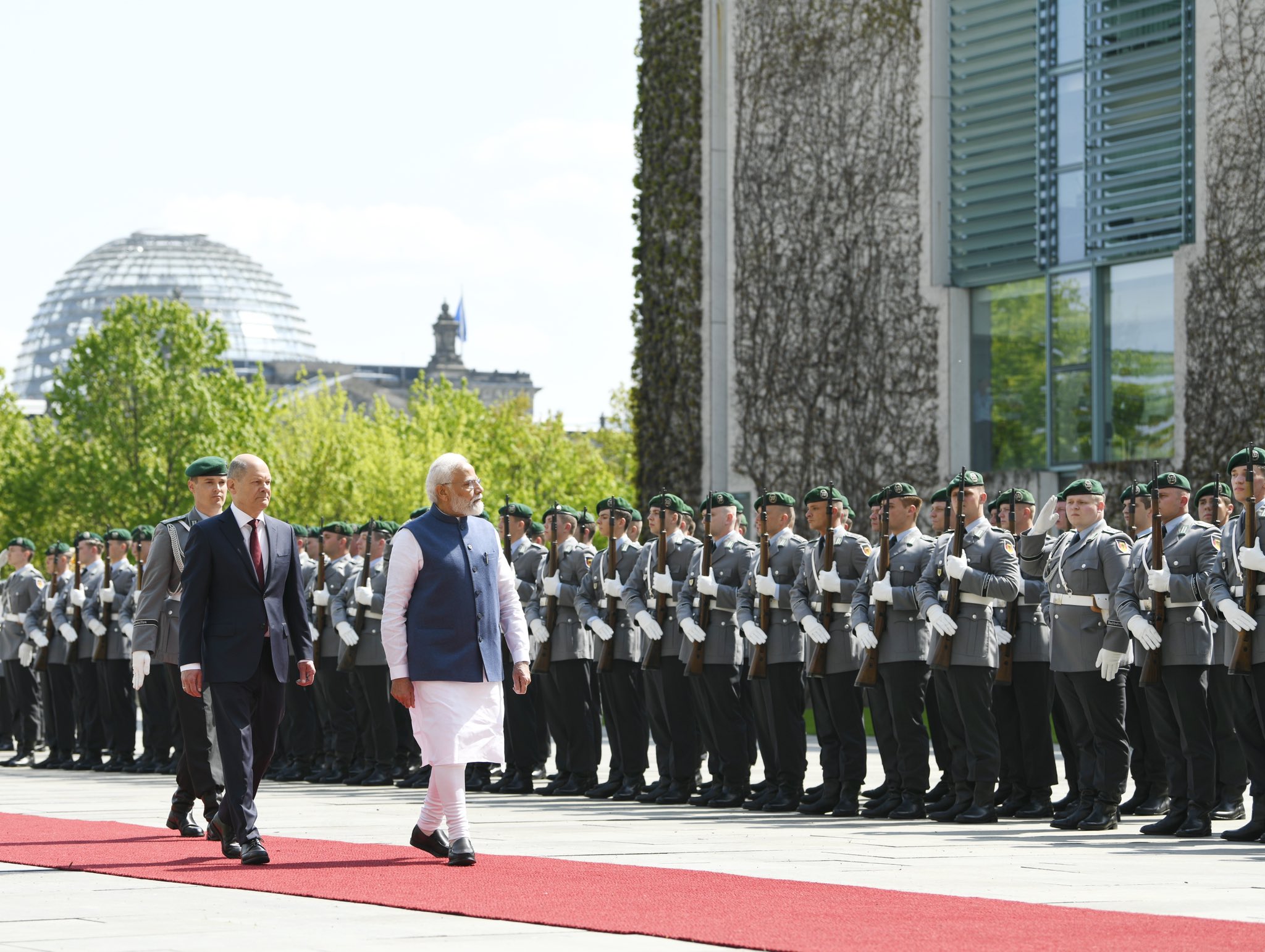 Berlin, May 2 (PTI) India believes no country would emerge victorious in the Russia-Ukraine war as all will suffer losses and there will be a “more serious” impact on developing and poor countries, Prime Minister Narendra Modi said on Monday after holding talks with German Chancellor Olaf Scholz as both leaders reiterated the need for an immediate cessation of hostilities.

Addressing a joint press event with Scholz after co-chairing the 6th inter-governmental consultations between the two nations, Modi said India was concerned over the humanitarian impact of the conflict and had provided aid to Ukraine. Modi, who arrived here on Monday morning on the first leg of his three-nation Europe trip that will also take him to Denmark and France, held talks with the German Chancellor on key areas of bilateral cooperation under the overall strategic partnership as well as regional and global developments.

In their opening remarks at the IGC, both leaders highlighted key aspects of the bilateral relationship as well as shared perspectives on regional and global issues with Modi emphasising that the India-Germany partnership could serve as an example of success in a complex world. He also invited German participation in India’s Atmanirbhar Bharat campaign.

The two leaders inked the Joint Declaration of Intent establishing the Indo-German Partnership for Green and Sustainable Development under which Germany intends to strengthen its financial and technical cooperation and other assistance to India with a long-term goal of at least 10 billion Euros of new and additional commitments till 2030.

On the Ukraine crisis, Modi said from the start, India called for an immediate cessation of hostilities and stressed that talks are the only solution to resolve the dispute. “We believe that there will be no victorious party in this war and all will suffer losses. Therefore, we are on the side of peace,” the Prime Minister  asserted. “Due to the disturbance caused by the Ukraine crisis, oil prices are skyrocketing, and there is a shortage of food grains and fertilizers, as a result of which every family in the world has been burdened,” he said.

Modi said that the effect of this conflict would be more serious on developing and poor countries and added that India is also concerned about the humanitarian impact of the conflict. On his part, Scholz said that through its attack on Ukraine, Russia has violated fundamental principles of international law. The war and the brutal attacks against the civilian population in Ukraine show how Russia has been violating the fundamental principles of the UN Charter, the German Chancellor said.

A joint statement issued after the talks said “Germany reiterated its strong condemnation of the unlawful and unprovoked aggression against Ukraine by Russian Forces”. The statement further said Germany and India expressed their serious concern about the ongoing humanitarian crisis in Ukraine and “unequivocally condemned” civilian deaths in Ukraine.

They reiterated the need for an immediate cessation of hostilities and emphasised that the contemporary global order has been built on the UN Charter, international law and respect for sovereignty and the territorial integrity of states, the joint statement said. They discussed the destabilising effect of the conflict in Ukraine and its broader regional and global implications, it said, adding that both sides agreed to remain closely engaged on the issue.

In his remarks, Scholz said he has also invited Prime Minister Modi to the G-7 summit in Germany and emphasised that India’s role is important in the global economy, and climate change talks. As democratic nations, India and Germany share several common values, Modi said. On Afghanistan, both sides expressed their serious concern about the humanitarian situation, the resurgence of violence, including targeted terrorist attacks, the systemic violations of human rights and fundamental freedoms, and the hampered access of girls and women to education, the statement said.

They reiterated strong support for a peaceful, secure and stable Afghanistan and confirmed to continue to provide humanitarian assistance to the people of Afghanistan, it added. The statement said both leaders strongly condemned terrorism in all its forms and manifestations, including any use of terrorist proxies and cross-border terrorism.

They called upon all countries to work towards rooting out terrorist safe havens and infrastructure, disrupting terrorist networks and financing in accordance with international law, including international humanitarian law, it said. They further called for concerted action against all terrorist groups, including groups proscribed by the United Nations Security Council (UNSC) 1267 Sanctions Committee.

Both sides also committed to the continued exchange of information about sanctions and designations against terror groups and individuals, countering radicalism, and terrorists’ use of the Internet and cross-border movement of terrorists, the statement added. Modi and Scholz also emphasized the importance of upholding international standards on anti-money laundering and combating the financing of terrorism by all countries, including in FATF which will advance and strengthen the framework for global cooperation and reinforce the fight against terrorism.

Both countries are committed to reforming the WTO. The two countries expressed their strong support for the upcoming negotiations between the European Union and India on a Free Trade Agreement, an Investment Protection Agreement and an Agreement on Geographical Indications, and underlined the enormous potential of such Agreements for expanding bilateral trade and investment.

Modi said India is committed to quick progress in free trade agreement negotiations with the European Union. He also said India and Germany have decided to set up a green hydrogen task force.