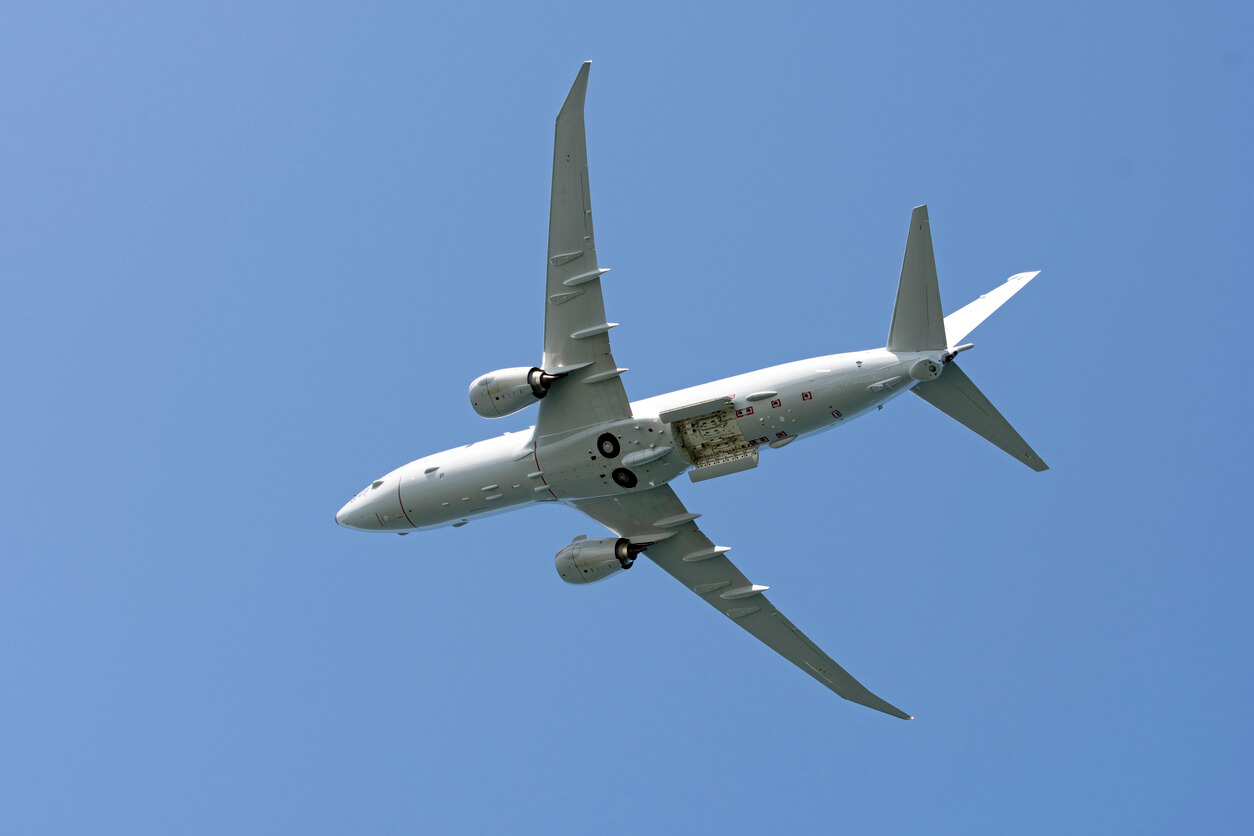 In the global scenario of ever-shrinking battlespaces, populated by regular and non-State belligerents, there is a need to equip our Armed Forces with the capability for persistent, accurate and robust Intelligence, Surveillance and Reconnaissance (ISR) in all three domains. However, by sheer virtue of vastness and consequent difficulty of physical dominance, maritime domain awareness assumes criticality and consequently, necessitates a very high degree of ISR effort. This requirement is met by Maritime Reconnaissance Platforms (MRP), which are an integral and indispensable part of Naval capability.

The Technology Perspective & Capability Roadmap (TPCR), a vision document for capability building for the Indian Armed Forces upto 2027, recognizes the imperative need for frontline airborne maritime recce (MR) capabilities and envisages that the need for persistent surveillance would be met through a surveillance matrix comprising of Long/Medium Range Maritime Reconnaissance (LRMR/MRMR) aircraft, amphibious aircraft and UAVs.

The ambit of maritime ISR would cover the entire maritime domain to include the high seas, littoral areas and the sub-surface domain. Apropos, achievement of holistic ISR capability over the maritime domain would necessarily include airborne, surface and sub-surface assets with apt ISR payloads.

While MRP take many forms, the principal platform for maritime ISR is the MPA, which this article would aim to predominantly profile. A number of Nations and military aviation firms manufacture MPA. A few frontline variants in the global market are listed below:-

The regional maritime commons that surround the Indian subcontinent, containing a 7500 km coastline, close to 1200 island territories and an Exclusive Economic Zone (EEZ) in excess of 2 Million km2, present peculiar security  challenges on the high seas/ coastal regions, in the surface/ sub-surface domain. The threat perception gets accentuated by China’s ever-increasing Naval footprint in the Indian Ocean Region and Pakistan’s improving maritime surface/sub-surface capabilities. Add to this the additional threat dimension of piracy, smuggling and trafficking in the littoral waters and the requirement of modern MRP capable of persistent, all-weather ISR immediately emerges as an operational imperative to safeguard India’s maritime domain. 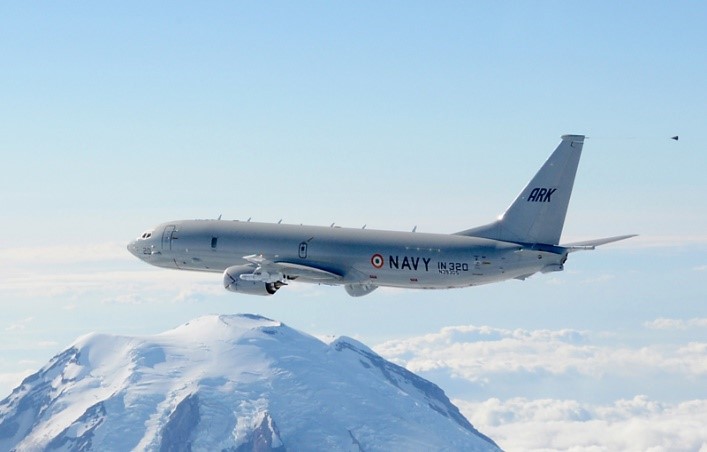 UAVs. The IN presently operates three UAV squadrons of Heron/ Searcher Mark-II UAVs (likely to be doubled in the foreseeable future) and is now exploring the induction of Naval Shipborne Aerial System (NSUS) for control of deck-launched UAVs, which would facilitate local ISR at sea, thus allowing longer surveillance times as travel times from shore would be obviated. There are also plans to acquire rotary-wing UAVs, which would have higher endurance, thus facilitating persistent ISR. In November 2020, the IN began operating two leased MQ 9B Sea Guardians (this is the maritime variant) from Naval Air Station Rajali (TN) for maritime ISR. The Sea Guardian carries Raytheon’s multi-spectral (MTS-B) sensor suite to provide long-range ISR, target acquisition and tracking capabilities. It also mounts deployable sono-buoys for submarine detection. This is a precursor to the 2023-24 delivery of 10 MQ-9B Unmanned Combat Aerial Vehicles (UCAVs) each for the three Services with an endurance of 40 hours and a service ceiling of 40,000 feet.

UUVs.  The necessity of autonomous unmanned systems has emerged as a practical alternative to manned/human controlled ISR/maritime warfare systems, in an era of increased situational awareness, congested maritime commons and sensitivity to physical presence in respective territorial waters. DRDO has developed and is in the process of refining an autonomous  UUV prototype that is controlled by an on-board computer developed by Naval Science and Technology Laboratory (NSTL), Vishakhapatnam. Present product improvements involve equipping the craft with passive SONAR and EO sensors. NSTL’s Autonomous Sea Vehicle (ASV), similar to the US Navy’s Manta UUV, will be a submarine launched ‘spy craft’ capable of propulsion underwater.

Aerostats.   The IN had acquired two long-range aerostat radars in 2008 from M/s Rafael of Israel, post the Mumbai terror attacks to plug gaps in coastal surveillance, apart from those already existing with the IAF. These EL/M-2083 Aerostat radars are mounted on tethered aerostats, at an altitude of 13000-15000 feet, with an on-station time of upto four weeks in order to carry out 360º/sector surveillance over affected coastal regions and littoral waters upto distances of 500 km. India’s first indigenously developed aerostat radar, Divya Chakshu, launched in December 2010, is expected to significantly augment MS capabilities. The aerostat has a range of upto 100 km with high performance surveillance cameras. Additional procurements have also been considered to further boost littoral waters surveillance over the country’s Western and Eastern Seaboards. Mobile aerostats with ELINT/ COMINT payloads have also been envisioned in the TPCR.

China. The KQ-200 Turboprop MPA, eight of which are reported to be in the PLAN’s inventory, has already been profiled earlier in this article. The Shaanxi Y-8 FQ and Y-8X are also MPA. The Y-8 FQ (also likely configured for ASW) features a MAD and EO turret. The Y-8X is the first LRMR of the PLAN and is equipped with a Litton (now Northrop Grumman) AN/APS-504(V) 360º, X- Band search radar with a range upto 370 km, EO/IR submarine detection payloads and sono-buoys. The Y-8X has a maximum speed of 662 kmph, range of 5620 km, endurance of over 10 hours and a service ceiling of over 34,000 feet. The MPA is comparable in performance to the P-3C Orion. The PLAN operates close to 20 MPA overall. In terms of maritime ISR platforms, India therefore enjoys a qualitative/ quantitative edge over the PLAN. However, China’s indigenous manufacturing base must be kept in mind in order that India is not outpaced in this capability in the times to come. 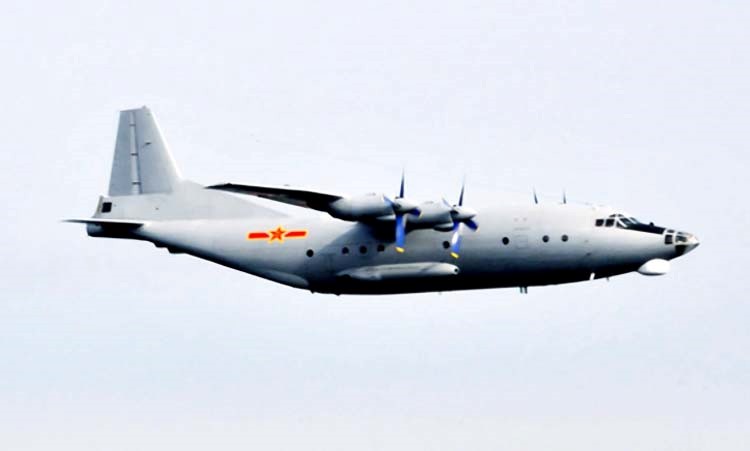 Pakistan.  Apart from approximately three Franco-Italian ATR-72 Turboprop MPA and one British Hawker 800 Reconnaissance Aircraft, the Pakistan Navy (PN) presently operates six P-3C Orion MPA, aside from the two that were destroyed in a terror attack on the Mehran Naval Airbase, Karachi in May 2011.The P-3C does not have the P-8I’s AAR capability. The AN/APS-115 MS Radar on the P-3C is an earlier version of the AN/APY-10 Radar on the P-8I, the latter having been optimised for maritime, littoral and overland modes. The Pakistan Naval Air Arm is reportedly also operating limited numbers of the Shaanxi Y8 MPA. The P-8I as well as the larger number of Medium Range MPA present with the IN give it a similar edge over the PN- a difference that looks to remain into the foreseeable future.

It needs to be appreciated that the distinction between warfighting in land, sea and air domains is becoming increasingly blurred, owing to the non-linear nature of conflict and multi- domain capable platforms. The  genus of the MRP also continues to evolve, with greater performance and ISR attributes. It is therefore necessary and incumbent on the perspective planners in our Armed Forces to recognise these trends and work towards acquisition/ indigenous MRP capability to stay ahead in the regional conundrum.

Dec 24, 2021
Sir P8I Neptune seems to very capable aircraft and is performing the defined job as required as expected by our forces. One of the best US military equipments presently used by India. and be very efficient and useful Jai Hind