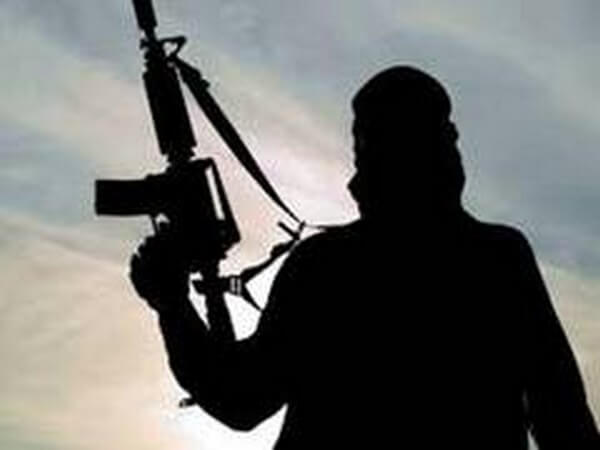 One of the many things Samuel Huntington spoke in his book, ‘Clash of Civilizations’ is, about how youth bulge in Muslim countries in the 21st century is somewhat directly proportional to rise of recruits for Islamist organisations and political movements. He tries to support this observation by correlating, the proportion of Iranian youth in 1970s, and the Iranian revolution in 1979. The book also projected youth bulge in Afghanistan in 2010s, and well, Taliban’s recent takeover in Afghanistan can be a classic example of this notion.

It is a well-known fact that the Islamic State (IS), a Sunni Jihadist group, is on a mission to establish Caliphate, far and wide, along with having a religious governing authority over Muslims globally. India is no such exception to their target. In this context, Islamist terror groups invoke the Hadith to justify and prophesize the great battle between Muslims and non-Muslims, ‘Ghazwa-e-Hind’ where the term directs to South Asia as a battleground in the fight to establish an Islamic caliphate; that resembles the social order that existed under the Prophet Muhammad’s and the Rightly Guided Caliphs’ period.

Speaking of India, unfortunately, one can observe that some Indians are joining the IS and its tributaries like Islamic State Khorasan Province (ISKP), etc. One such state which makes the headline is Kerala. There are many cases where Kerala youth are seen converting to Islam as well as born Muslims, with a well-to-do familial background head to join the ‘army of Allah’ in Syria and elsewhere. In-depth atomization of the ideological inclination, misinterpretation, and geographical relativity will aid in understanding how IS pulls those minds into Islamist extremism.

India is home to over 170 million Muslims, the second largest in the world. The media, of late, has linked the rise of Islamist extremism in the nation to Salafism. The huge influx of funding from Saudi Arabia under the disguise of economic aid in Kerala, Uttar Pradesh and Karnataka is alarming. To be exact, around 1700 Crore Rupees have been pumped in India by Saudi Arabia to set up madrassas in the aforementioned states. Even though Saudi’s version of Salafism is pacifist and extremely critical of Islamist terrorism, Salafism is diverse and one must understand the nuances of the ideology before jumping to conclusions.

In a country like India, Salafism has many manifestations. Overall, they preach multi-cultures, tolerance, show streaks of syncretic Indian characteristics. The Jamaat Ahle Hadith (JAH), India’s oldest Salafist movement, was founded in 1906. The JAH claims to represent over 22 million Salafists in India (almost 13% of the total Muslim population) and hosts several annual conferences and events.

The two biggest Salafist movements in South India are the Kerala Nadvathul Mujahideen (KNM) and its offshoot, the South Karnataka Salafi Movement (SKSM). The KNM was founded in 1947 and has a long history dating back to Sayyid Sanaulla Makti Thangal, a 19th-century Kerala-based scholar. This organization differs from JAH in that its approach is sometimes influenced by Kerala’s Marxist activities. In several districts, both the KNM and the JAH operate madrassa and school networks. Mujeeb Rehman Kinaloor, the ex-president of Ittehadul Subhanil Mujahideen (the youth front of KNM), in a conference in 2016, advocated for redesigning madrassa syllabuses to combat extremist ideology.

Now if the Indian version of Salafism claims to be peaceful, then why and how do a handful of Indians get motivated to take on the extremist path? Well, it all started during the 1973 oil boom in the Gulf. Then, the Indians, especially Keralites, migrated to the Gulf in search of employment and bought back Salafist ideologies with them. This new-age Salafism mainly came from Saudi Arabia and other west Asian nations and was loosely organized. The majority of its followers get their information from online preachers all over the world.

The new Salafism is more repressive and antagonistic of other faiths, and its supporters are more skeptical of the older Indian Salafist groups. For example, Salafist websites have referred to the JAH as “an organization built on a mess of misinformation.” Similarly, some Salafist clergy in the Gulf have denounced the KNM organization as according to the former, “the latter has strayed away from the real path.”

For quite a long, IS has been radicalizing and motivating its followers in India to undertake Hijra (migration) to west Asia and fight for the self-proclaimed Caliphate. While none of the current Salafi-Jihadi scholars like Abu Muhammad al-Maqdisi and Abu Qatada al Filistini – who support the armed fight to establish the Islamic State addressed the concept of Hijra in detail, but IS has managed to use Dabiq, its online propaganda magazine, to communicate its legitimate stance on the issue to potential recruits.

Hijra is defined as a transition from Dar al-Harb to Dar al-Islam in mainstream Islamic discourse. Dar al-Harb, which translates to “house of war,” refers to areas where Islamic law is not enforced or Muslims are denied the right to practice their religion freely. Dar al-Islam, on the other hand, literally means “home of Islam,” and refers to territories under Islamic authority. The conventional interpretation of Hijra is that only Muslims who are unable to implement Islam or who suffer hostility in doing so are compelled to migrate to Muslim areas.                                         (https://www.jstor.org/stable/26351451  )

In a detailed examination of all published issues of Dabiq, they seek to unravel aspects of Hijra introduced by Islamic State, arguing that while IS advocates the traditional Hijrah from Dar al-Harb to Dar al-Islam, the group has distorted the concept extensively to broaden its support base.

Very recently, NIA arrested two IS jihadists who were willing to perform Hijra. This is not the first time such a case has occurred. (Embedded Tweet):  https://twitter.com/NIA_India/status/1427605308180860929?s=20 .  As per India’s former Intelligence Bureau Director Syed Asif Ibrahim, as of 2020, 108 Indian Muslims had joined Islamic State with half of them hailing from the Indian diasporic communities in the Middle East.

Kin terrorism is when terrorist groups widen their networks via their ‘kin’, i.e family members by radicalizing them. Kin terrorism is different and interesting because the kind that takes place through family results in greater trust and group loyalty; also different from conventional radicalization. Terrorist groups like Al-Qaeda, Taliban, Tehreek-e-Taliban Pakistan have encashed the ‘ummah’ and ‘lineage-based kinship. Instances, where families were involved, especially women in the South Asian region, say that it provides them with a favorable atmosphere for radicalization.

Kannur, Kerala’s coastal city and once a renowned commercial harbor, in recent times, has earned notoriety for: an alleged IS breeding site. Fatima, 42, left her Kannur home with her three children – two sons and a girl – a few years ago to join her husband, who was running a business in Dubai. That was the last time she was seen by her relatives. The next piece of information they received was that Fatima had allegedly departed Dubai for Afghanistan to join the IS.

Kasargod district is around an hour’s drive from Kannur. Over a dozen people have apparently joined the IS in the two picturesque villages of Padanna and Thrikkaripur. In Padne, 11 persons are said to have joined the jihadist group in 2016. Eight of them belonged to the same household. The family at their home, Hamza Sagar, has come to terms with the fact that their two boys, Ijaz Abdul Rahman and Shiyaz Abdul Rahman, would not return. Their mother also mentions their nephew, Ashfaq. (News18)

Thus, IS, ISKP, and other Islamist terrorist outfits follow similar pathways to recruit jihadis from Indian soil. It is now the Indian Government’s as well as religious leaders of Salafi communities’ prime duty to make sure, that Muslims and non-Muslims don’t fall prey to extremist mindset. Because once they do there’s hardly a point of return.

Indian Intelligence is also working hard by forming Anti-Terrorism Squad (ATS) and cracking down on sleeper cells etc. The COVID-19 pandemic, which has culminated in stronger border controls and travel restrictions, will have a big impact on the terrorist groups like the Islamic State change their recruitment techniques, which heavily relies on “family networks.” It is because families are more prone to radicalization owing to family pressure or influence now that they are primarily restricted within the confines of their homes. Furthermore, unlike social media exposure, families have a level of trust among their members, which might speed up the radicalization process.

Finally, coming back to Samuel Huntington’s book, it quoted Crown Prince Abdullah of Saudi Arabia, who said way back in 1988 that, “the greatest threat to his country was the rise of Islamic fundamentalism among its youth”.

Something to ponder upon for Kerala.

Gargi L Shanbhag is a research scholar at Department of Geopolitics and International Relations, Manipal Academy of Higher Education.

Sep 08, 2021
i don't know if you read the comments personally or your team does,i sincerely want to convey this message to you. if you can pull some strings and see what i am proposing gets some traction. "It is high time we have a blackwater style a regiment raised with ex servicemen at helm, personally i would be interested to join and i know many others like me who would". India must assert its power to influence events.

Sep 07, 2021
Hopeless situation in India. There is no hope from Congress. Manmohan Singh was puppet just like now Joe Biden. Rahul Gandhi will be also puppet. BJP is failing. So does RAW, CBI and other intelligence agencies. Amit Shah is another problem. In India changes come very slowly. Specially for Farmers as most of them can be easily manipulated. He should take piece meal approach. There should be covert operations to eliminate all threats everywhere and all in neighbors. But seems Modi govt is as coward as congress.

Sep 07, 2021
There is only one solution to this problem. Firstly, the government should start heavily promoting liberal preachers who can knock some sense into such radical nutcases. Secondly, highly radicalized preachers who promote hatred and enmity should be extra-judicially eliminated by our intelligence agencies. At the same time our agencies can coordinate with other international agencies and track down the financial supporters of such radicals. These financial supporters or at least a few of them can be eliminated, preferably along with members of their families so that other such financial supporters get the message that there is a very heavy price to be paid if they want to indulge in such activities. Unless an element of fear is embedded in the minds of such financial supporters, they will not refrain from such nefarious activities. Once the financial pipeline for such radicalism dries up, better sense will prevail amongst such radicals and eventually they will be forced to change their line of thought and join the mainstream populace and work towards a peaceful life.

Sep 06, 2021
I am a graduated student (B.Sc.(PCM) ) And interested in national security, foriegn affairs and Geopolitics... Please anyone Guide me regarding the career opportunities in this field... Thanks!

Sep 06, 2021
Please edit the first line In the passage "Salafism in India " . Islam is the second largest majority religion and first largest minority In India. Thank you!

Sep 06, 2021
What is government's action plan to control this devastation?