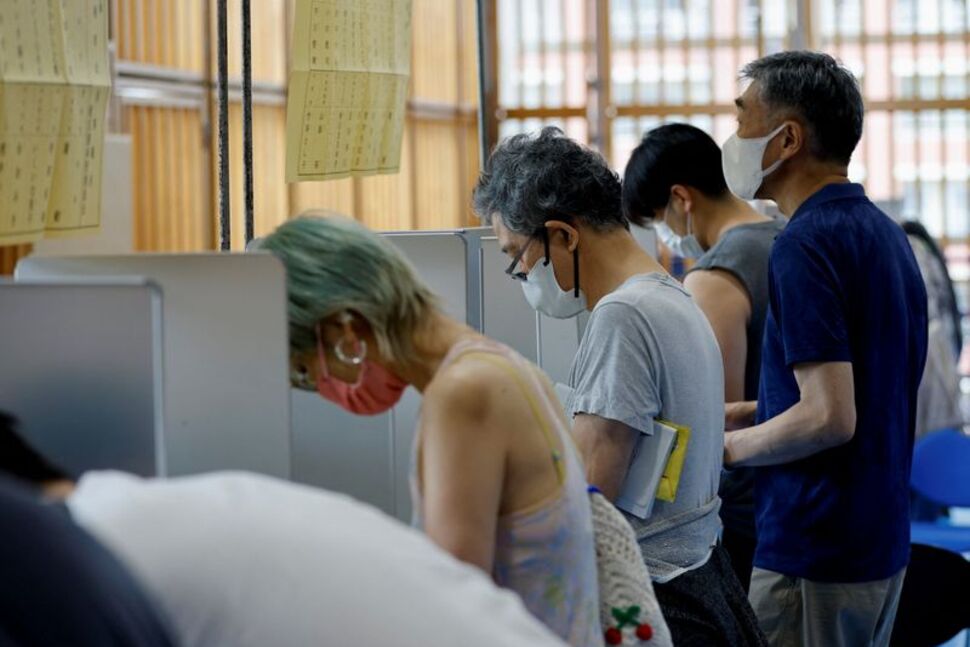 The triennial elections to the upper House of Councilors of the Japanese Diet were held on Sunday, 10 July in the shadow of the assassination of former PM Shinzo Abe. With his assassination, the nature of Japanese politics is likely to change. Prior to the assassination, the election was seen as a referendum on Kishida’s administration. Taking over amid the impact of the COVID pandemic he was facing headwinds due to the Ukraine crisis. This caused energy and food prices to rise, and Japanese inflation rose to a 7-year high.

The main subjects of this election were the rising prices and inflation; what the government could do more for old age pensions and health care; The redirection of Japanese energies towards a new defence posture and a new national security strategy. And finally, would the government be in a position to amend the Constitution, particularly Article Nine to give legal basis to the self defence forces and possibly align them for a first strike capability which is so far prohibited by the Constitution?

With the assassination of Abe on 8 July, the elections became more somber, and an underlying sympathy vote impacted the turnout at the elections and the voter behaviour. Voting was now over 50%, 3% higher than the last such election.

The House of Councilors is the lesser house, though called the upper house. It has had 245 members, but the number now has been increased to 248. In 2016 the voting age was reduced to 18 to bring in younger people into the political mainstream. With the addition of three seats, now every three years, 124 seats are up for election. 50 are awarded through proportional representation, which is how many of the smaller parties find a place in the upper house. 74 seats are directly elected by voters in single or multi party constituencies. The LDP already held 70 seats in those who were not retiring for another three years since each MP has a six-year term here. To get a majority it needed another 55 seats. For an absolute majority it needed 165 seats. The two thirds majority is important so that the Constitution can be amended, as LDP and its allies already have a majority of that nature in the lower house of the Diet. While the LDP did not expect to win an absolute majority on its own, its ally the Komeito and opposition parties with the same preferences have attained that majority.

The LDP increased its seats from 55 to 63; Komeito from 6 to 13 giving them 76 now. The pro amendment numbers in this election reached 179 and with 84 already in the House, they are across the 165 figures for a majority to amend the constitution.

The Japan innovation party is supportive of an amendment and increased its seats to 21, but other opposition parties face oblivion except for the proportional representation. Therefore, the final tally leads to a firm majority of two thirds, which should facilitate Kishida’s leadership to amend the Constitution which is what Abe always sought. It will strengthen the determination for a revised National Security Strategy, likely to be announced by the end of 2022. Japanese defence expenditure will thence rise to about 2% of GDP.

Kishida is now free from a national election for the next three years when the next lower house election is due, in 2025.  Kishida will seek reelection as president of the Liberal Democratic Party next year, but that is not considered a challenge. He is likely to win that for a further two years and can be expected to lead the LDP up to the elections in 2025.

The younger people of Japan are becoming disinterested in politics and people between 18 and 30 are among the least interested. It is the older people who still are interested in politics and participated in opinion polls, giving them a view which according to social media posts, do not convey the correct impression of Japan’s voting age population. However, if the voters do not come out to vote and exercise their franchise, how will social media commentary be converted into a political statement?

The political parties need to do more to bring in the youth of Japan into politics. A greater use of social media is important. In Japan change takes place incrementally.  This year for the first time, women candidates were about 30%. In the last house they held 28 seats but now won 35 seats. This is unprecedented.

Kishida is now firmly in the seat as PM. He has the freedom to develop his ‘new capitalism’ economic policies and try and pull Japan out of inflationary pressures and bring a better life to the people. The pressures of ageing population mean more has to be spent on pensions and health care. The anticipated committed larger defence spending, means the economy must increase to be able to do all this.

The challenge of China in the East Asia Sea and in the Indo-Pacific is now complicated by the Russian invasion of Ukraine. Russia firmly stands behind China and is not pursuing a solution to the Northern Territories which Abe initiated with Putin. The China- Russia axis is a big challenge to Japan. Chinese threats to Taiwan also challenge Japan due to its treaty with the US to help defend Taiwan if the occasion arises.

There is a requirement of Japan investing more in its own defence industry and not only importing from the US. If the defence expenditure is increased to 2% of GDP, which this election seems to certify, then Japan must develop its domestic industry, which will create jobs and bring greater economic benefits.

Significantly, the demise of Abe removes the most powerful party leader within the ruling LDP. Not only did he command the strongest Hosoda faction of 87, but he had enough foresight to actually support Kishida from a rival faction to become the president of the LDP and consequently the PM in 2021. Abe was a political colossus as the longest serving Prime Minister of Japan, who had time to implement a larger economic and strategic vision.

Faction leaders now see a vacuum in the LDP. What alliances Kishida will make remain to be seen. He is strong because he led the party to victory in the Lower House and now the Upper House elections. Traditionally, Japanese factions in the LDP are run by ‘shadow shoguns’, who command networks of MPs and party leaders from the regions. Kishida needs to take over that mantle of Abe or find people who will take that role and share the leadership so that he can implement Abe’s vision. His party and cabinet reshuffle will manifest this approach.